One of the most basic types of correlation is known as zero-order correlation, which refers to the correlation between two variables without controlling for the possible influence of other variables.

One example of this type of correlation is the Pearson Correlation Coefficient, which measures the linear association between two variables and can take on values between -1 and 1 where:

The further away the correlation is from zero, the stronger the association between the two variables.

Suppose we have the following dataset that shows the number of hours spent studying and the exam score received by 10 different students:

However, in reality it’s possible that other factors could affect the relationship between these two variables.

For example, perhaps the student’s current grade in the class has an effect on their exam score. Suppose we had access to this data as well: 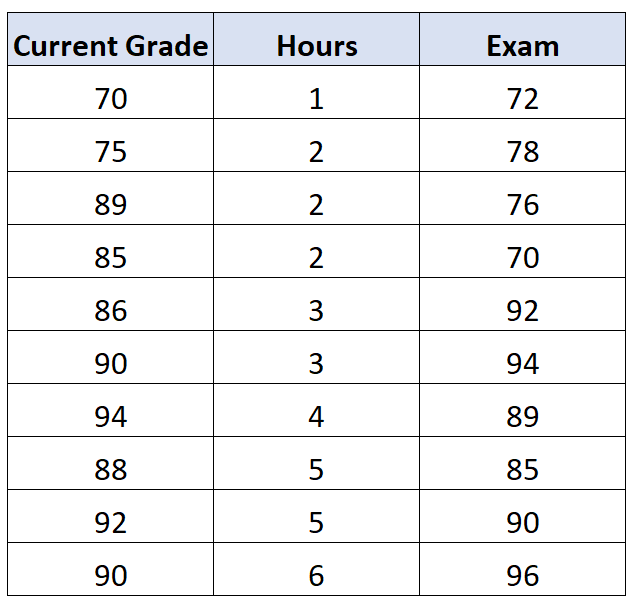 This means there is still a fairly strong positive correlation between hours studied and exam score received even after controlling for the effect of the student’s current grade in the class.

For example, consider our dataset from the previous example:

If we created a correlation matrix for this dataset, it would look like this:

The way to interpret this is as follows: