To determine if a correlation coefficient is statistically significant, you can calculate the corresponding t-score and p-value.

The formula to calculate the t-score of a correlation coefficient (r) is:

The p-value is calculated as the corresponding two-sided p-value for the t-distribution with n-2 degrees of freedom.

P-Value for a Correlation Coefficient in Excel

The following formulas show how to calculate the p-value for a given correlation coefficient and sample size in Excel: 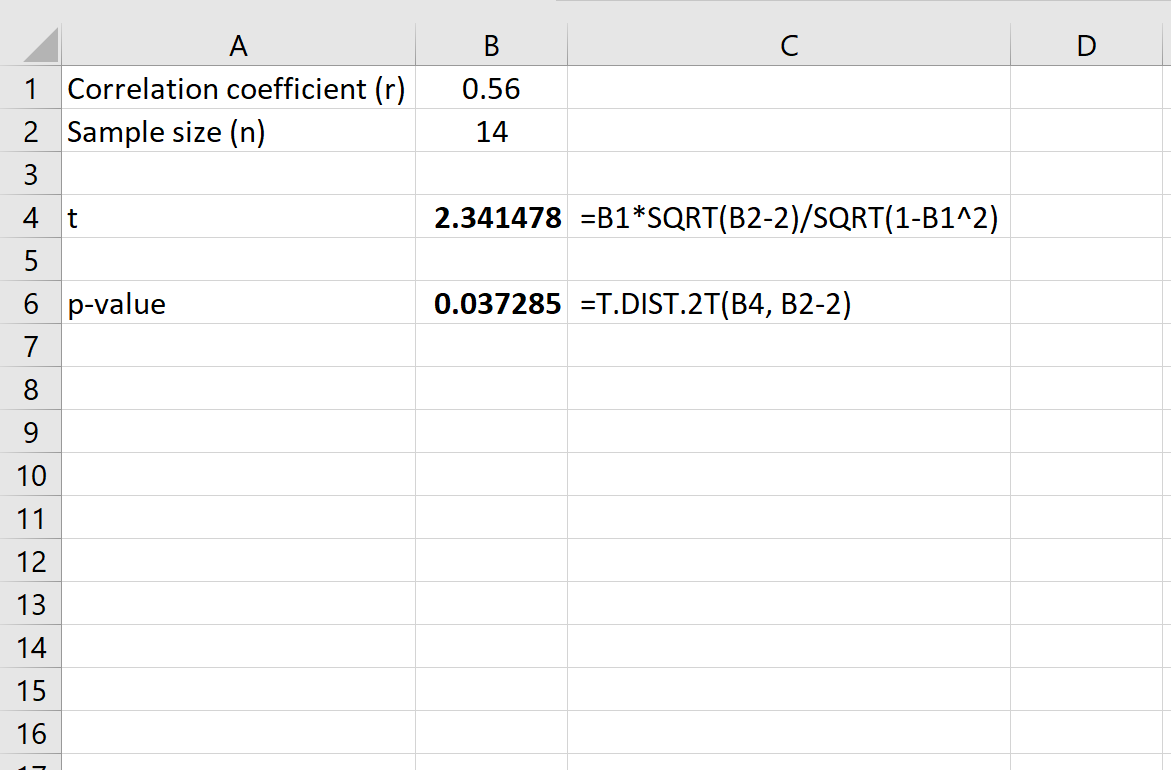 Recall that for a correlation test we have the following null and alternative hypotheses:

The null hypothesis (H0): The correlation between the two variables is zero.

The alternative hypothesis: (Ha): The correlation between the two variables is not zero, e.g. there is a statistically significant correlation.

If we use a significance level of α = .05, then we would reject the null hypothesis in this case since the p-value (0.037285) is less than .05. We would conclude that the correlation coefficient is statistically significant.