This tutorial explains how to create and interpret a correlation matrix in Google Sheets.

How to Create a Correlation Matrix in Google Sheets

Suppose we have the following dataset that shows the average numbers of points, rebounds, and assists for 10 basketball players:

To create a correlation matrix for this dataset, we can use the CORREL() function with the following syntax: 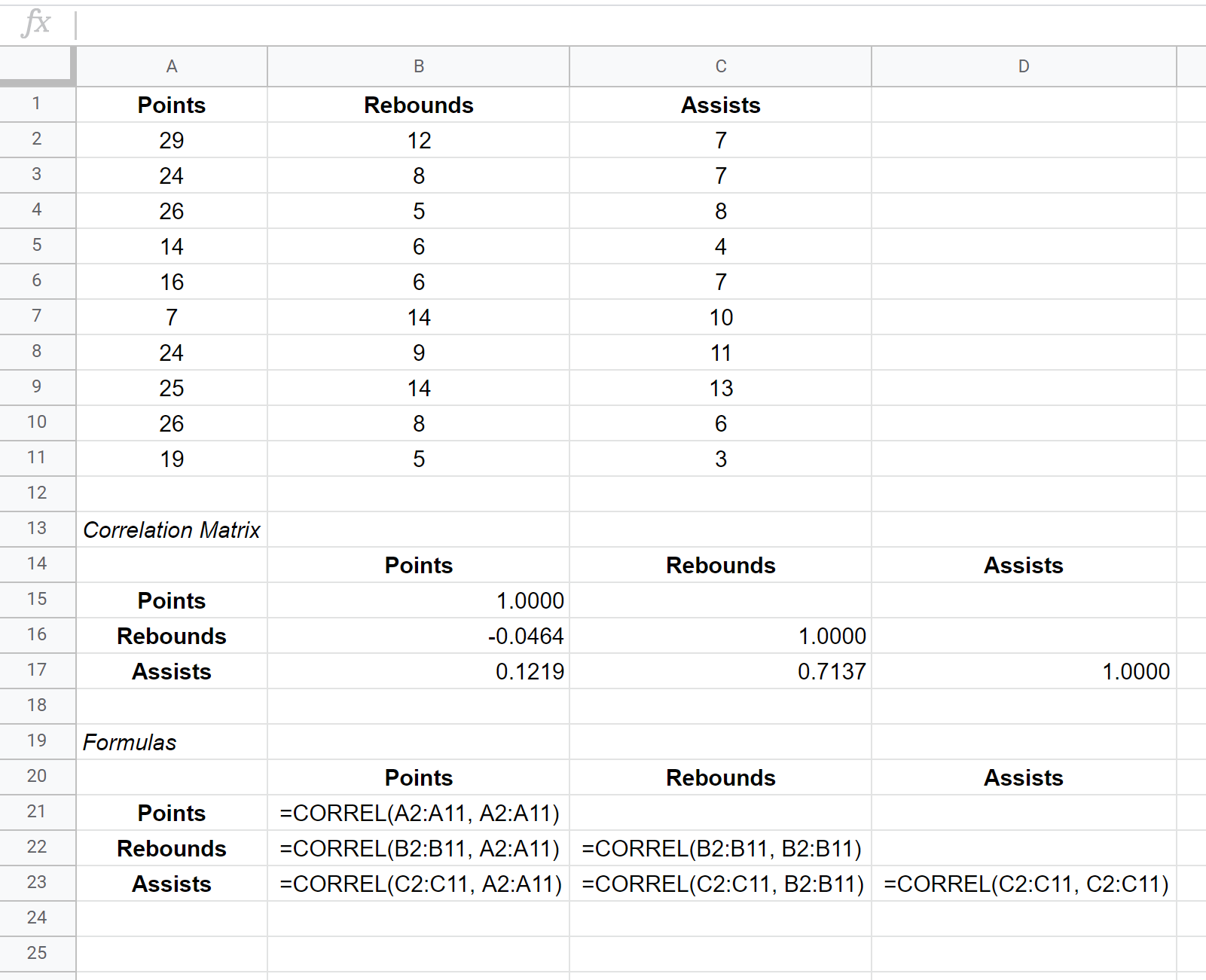 How to Interpret a Correlation Matrix

The values in the individual cells of the correlation matrix tell us the Pearson Correlation Coefficient between each pairwise combination of variables. For example:

Correlation between Points and Rebounds: -0.0464. Points and rebounds are slightly negatively correlated, but this value is so close to zero that there isn’t strong evidence for a significant association between these two variables.

Correlation between Points and Assists: 0.1219. Points and assists are slightly positively correlated, but this value also is fairly close to zero so there isn’t strong evidence for a significant association between these two variables.

Correlation between Rebounds and Assists: 0.7137. Rebounds and assists are strongly positively correlated. That is, players who have more rebounds also tend to have more assists.

Notice that the diagonal values in the correlation matrix are all equal to 1 because the correlation between a variable and itself is always 1. In practice, this number isn’t useful to interpret.