This tutorial explains how to perform Levene’s Test in Stata.

For this example we will use the dataset stay, which contains information about the length of stay for 1,778 different patients hospitalized for a given medical procedure differs by gender. The dataset contains 884 males and 894 females.

Use the following steps to perform Levene’s Test to determine if the variances in length of stay is equal for males and females.

Use the following command to load the dataset in Stata. 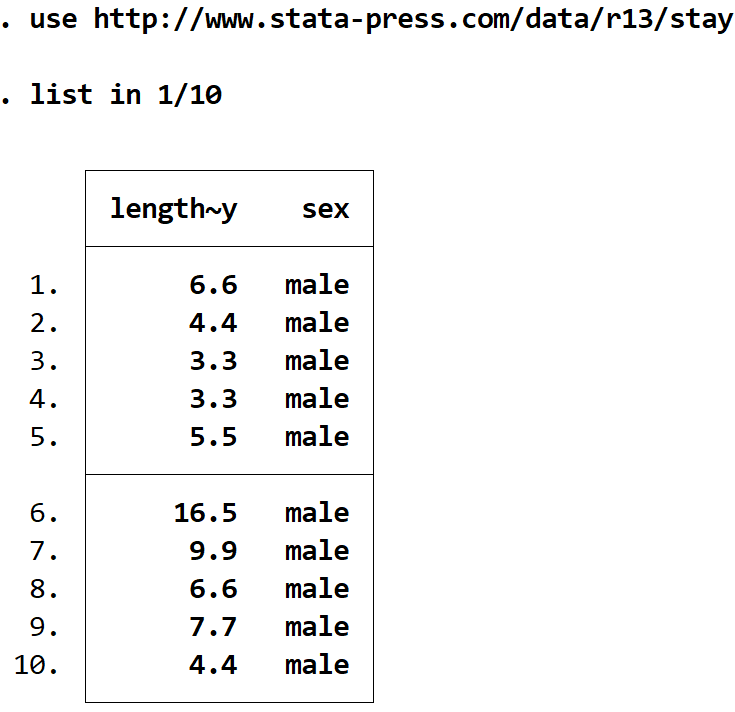 We will use the following syntax to perform Levene’s Test:

In our case we will use the following syntax: 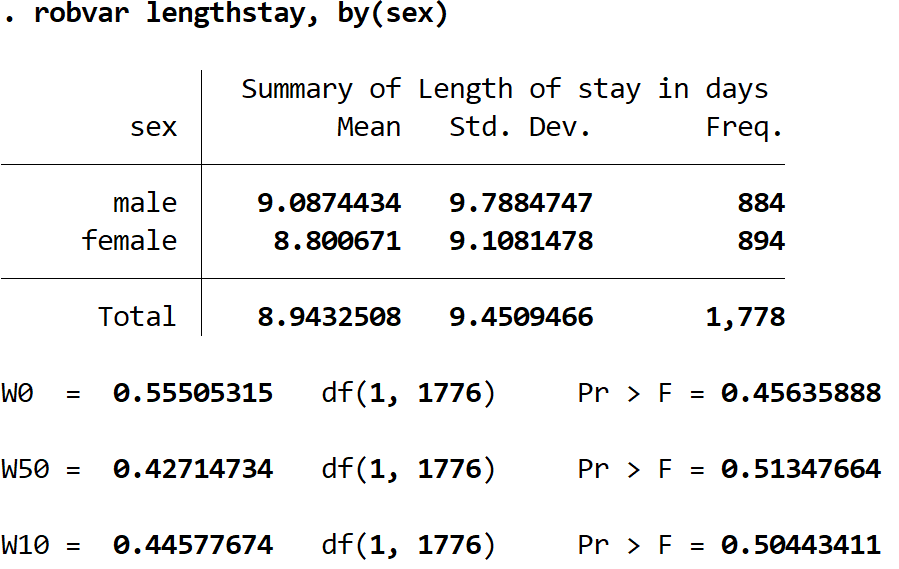 No matter which version of Levene’s Test you use, the p-value for each version is not less than 0.05. This indicates that there is not a statistically significant difference in the variance of length of stay between males and females.

Note: Conover, Johnson, and Johnson (1981) recommend using the median test for assymetric data because it tends to provide more accurate results. For symmetric data, the median test and the mean test will produce similar results.