Levene’s Test is used to determine whether two or more groups have equal variances.

It is widely used because many statistical tests use the assumption that groups have equal variances.

This tutorial explains how to perform Levene’s Test in SPSS.

They randomly select 30 different plants and split them into three groups of 10, applying a different fertilizer to each group. At the end of one month they measure the height of each plant.

The following screenshot shows the amount of growth (in inches) for each individual plant, along with the fertilizer (1, 2, or 3) that was applied to the plant: 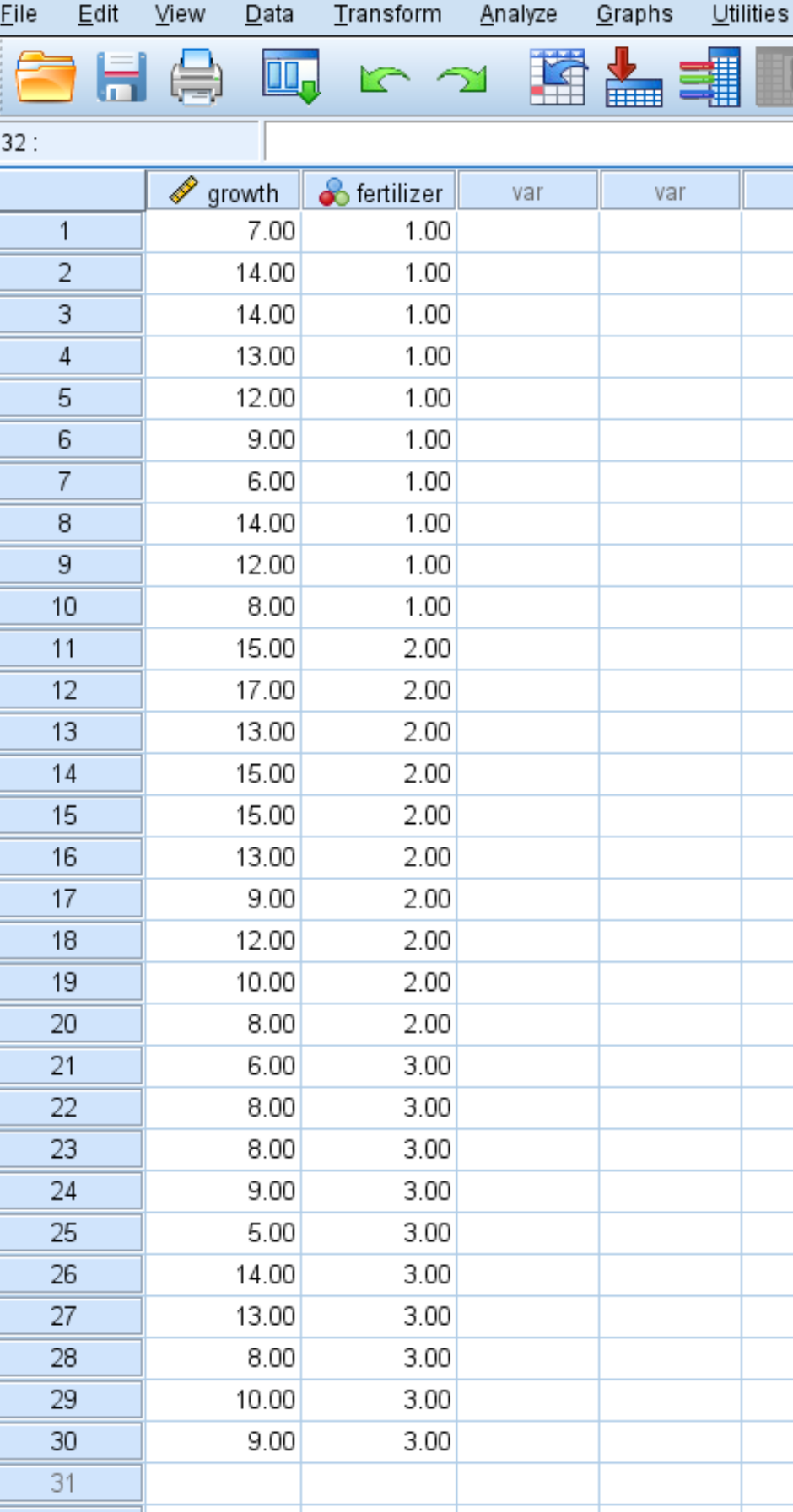 Use the following steps to perform Levene’s Test in SPSS to determine whether or not the three groups have equal variances.

Click the Analyze tab, then Descriptive Statistics, then Explore: 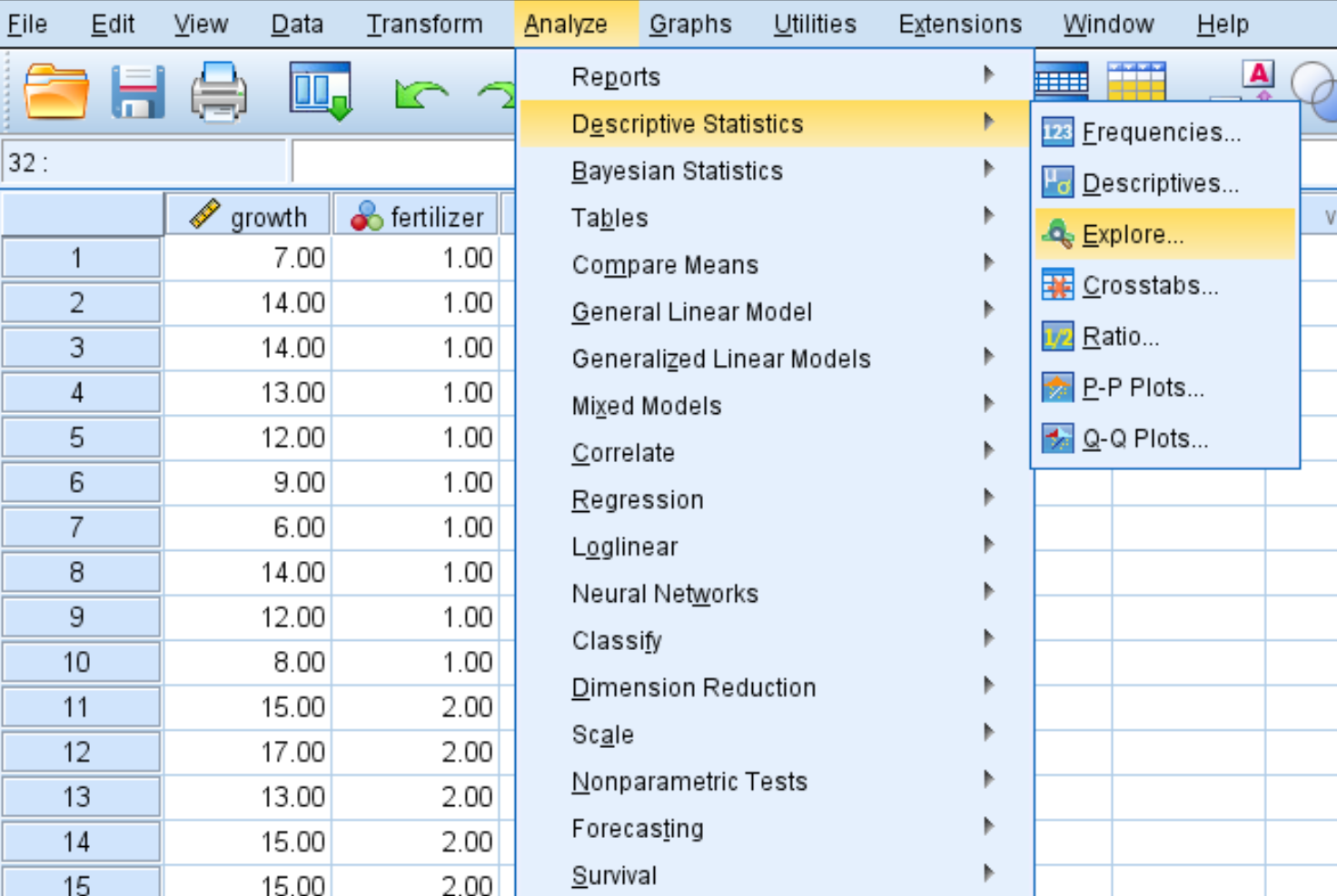 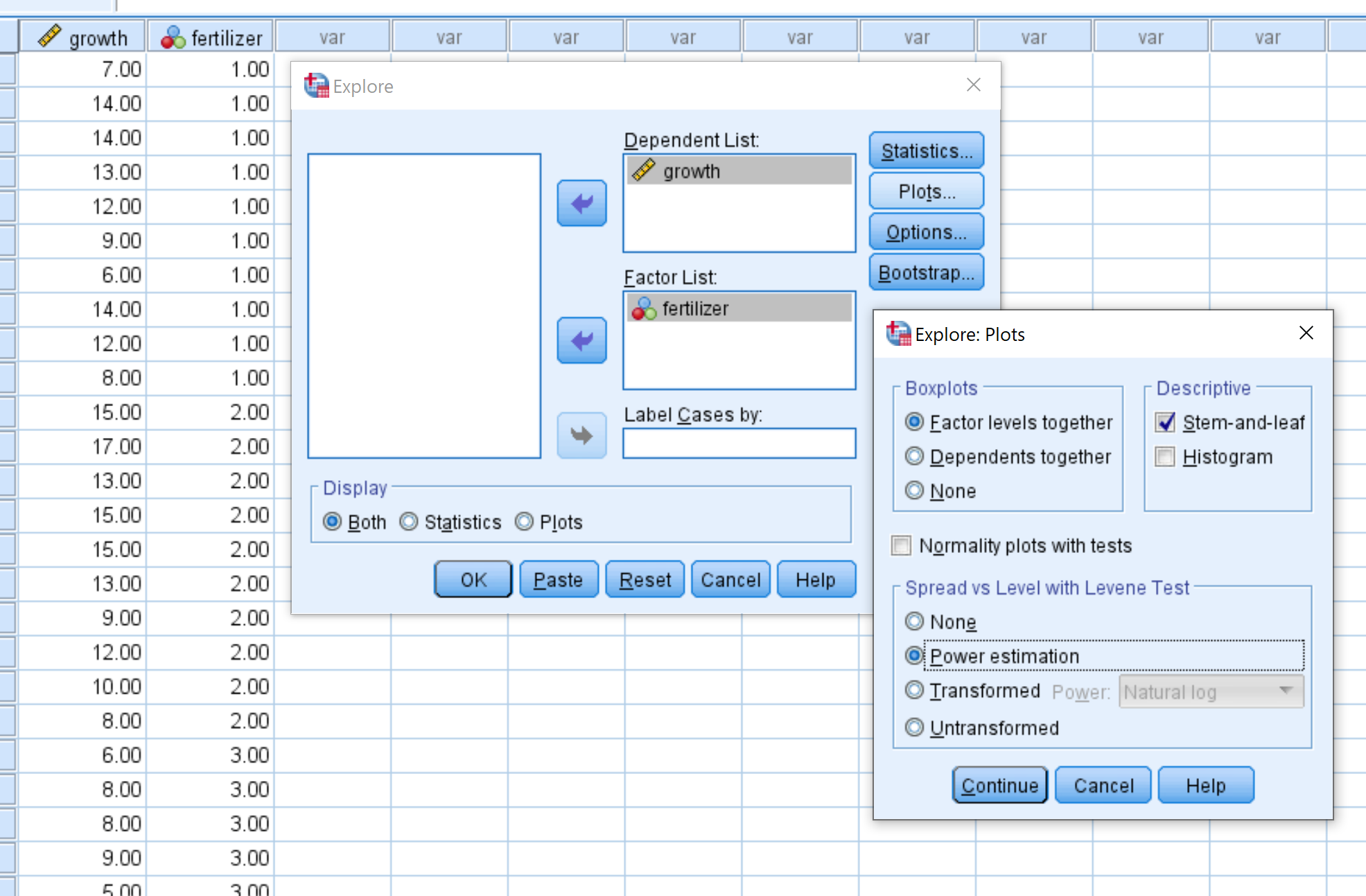 Once you click OK, the results of Levene’s test will be displayed:

This means we do not have sufficient evidence to say that the variance in plant growth between the three fertilizers is significantly different.

In other words, the three groups have equal variances. If we were to perform some statistical test (like a one-way ANOVA) that assumes each group has equal variance, then this assumption would be met.

*This p-value correspond to an F statistic of .536 with numerator df = 2 and denominator df = 27. This p-value can also be calculated using the F Distribution Calculator.