This tutorial explains how to perform the Friedman Test in Stata.

Example: The Friedman Test in Stata

Use the following steps to perform the Friedman Test:

Use the following command to load the data in Stata: 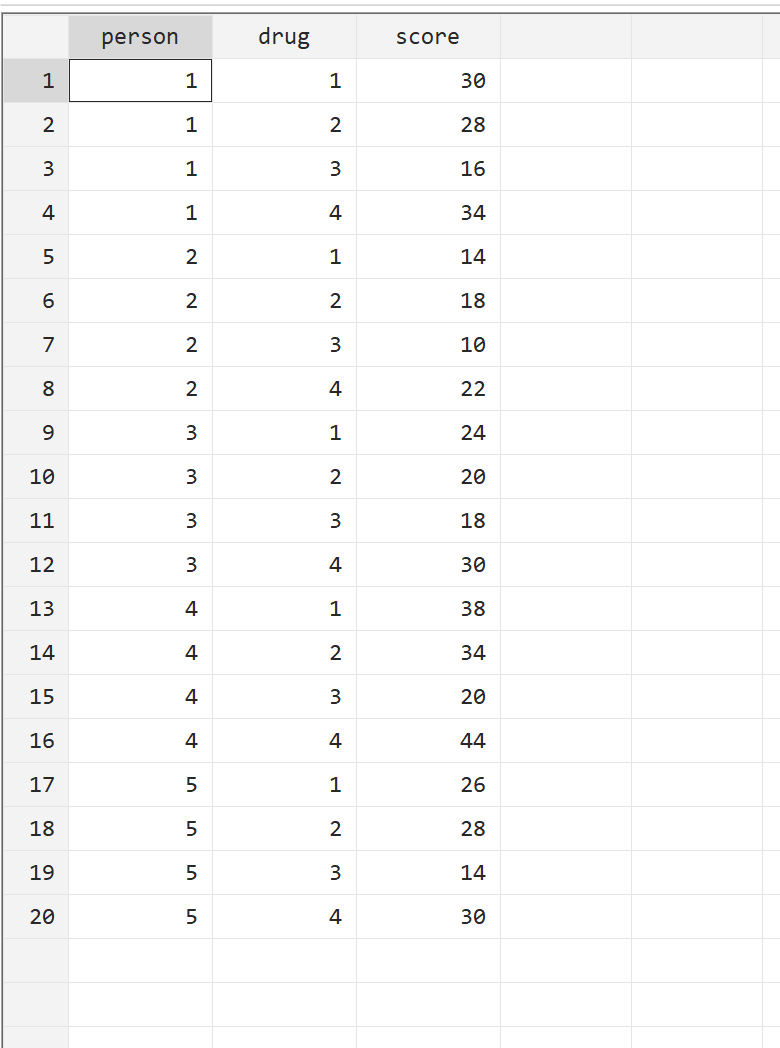 To perform the Friedman Test, we will need to install the emh package, which doesn’t come pre-installed in Stata. To install it, simply type in the following command:

It should install automatically within a few seconds.

Once the emh package is installed, we can perform the Friedman Test by using the following syntax:

In our case, we will use the following syntax:

P = 0.0036. This is the p-value associated with the test statistic. Since this value is less than 0.05, we can reject the null hypothesis that the mean response time is the same for all four drugs. We have sufficient evidence to conclude that the type of drug used lead to statistically significant differences in response time.

A Friedman Test was conducted on 5 individuals to examine the effect that four different drugs had on response time. Each individual used each drug once.

One Reply to “How to Perform the Friedman Test in Stata”