The most common way to compare the means between two independent groups is to use a two-sample t-test. However, this test assumes that the variances between the two groups is equal.

If you suspect that the variance between the two groups is not equal, then you can instead use Welch’s t-test, which is the non-parametric equivalent of the two-sample t-test.

This tutorial explains how to perform Welch’s t-test in Stata.

For this example we will use the fuel3 dataset, which contains the mpg of 12 cars that received a certain fuel treatment and 12 cars that did not.

Use the following steps to perform a Welch’t t-test to determine if there is a difference in the mean mpg between the two groups.

View the raw data by using the following command: 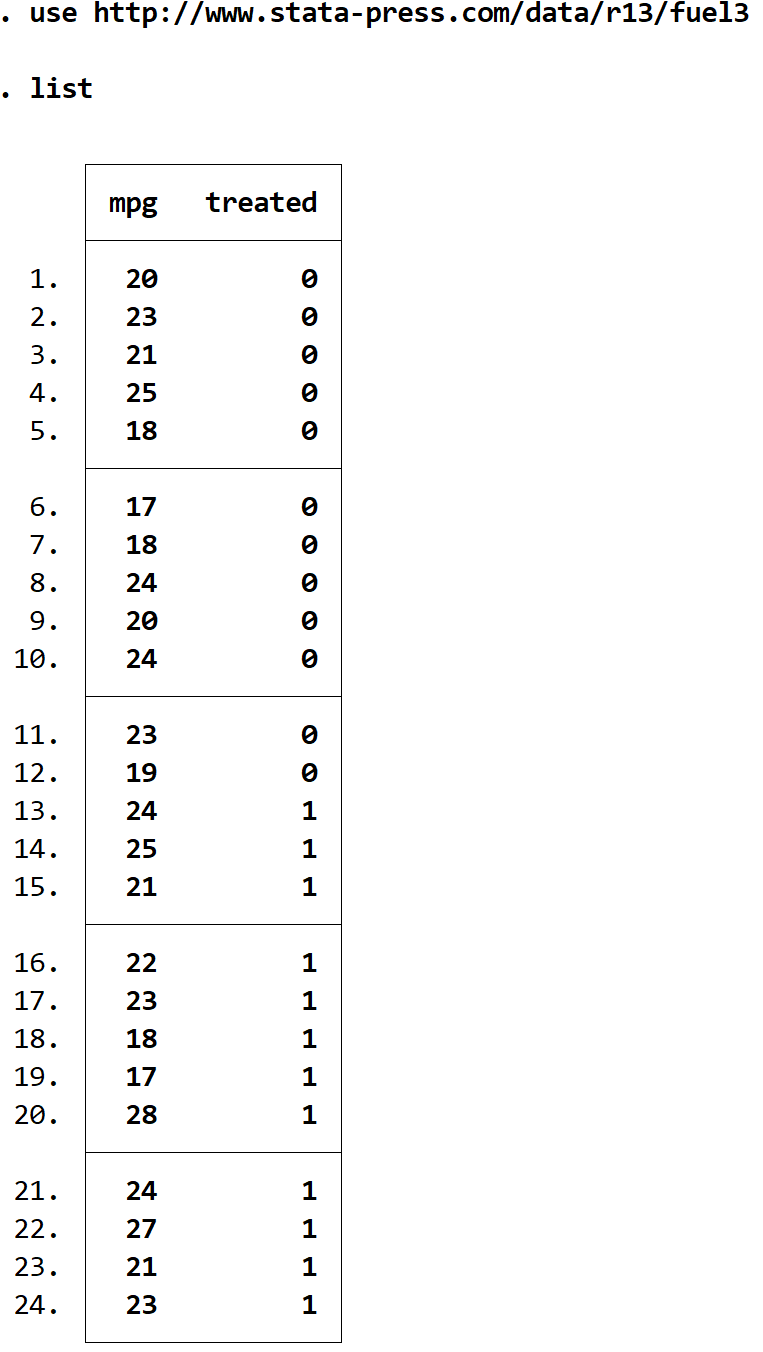 Before we perform Welch’s t-test, let’s first create two box plots to visualize the distribution of mpg for each group: 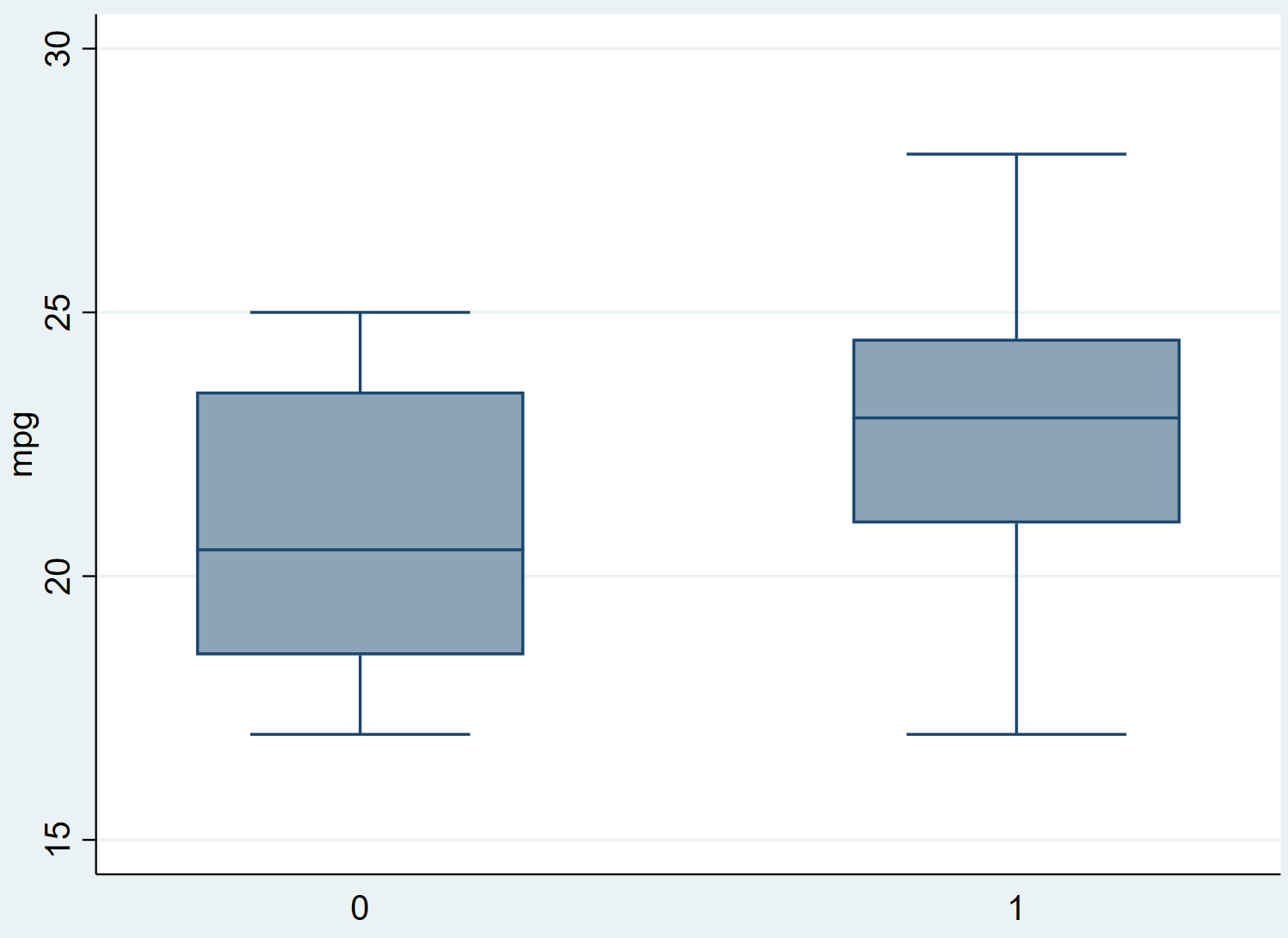 Use the following syntax to perform Welch’s t-test:

Here is the syntax for our particular example: 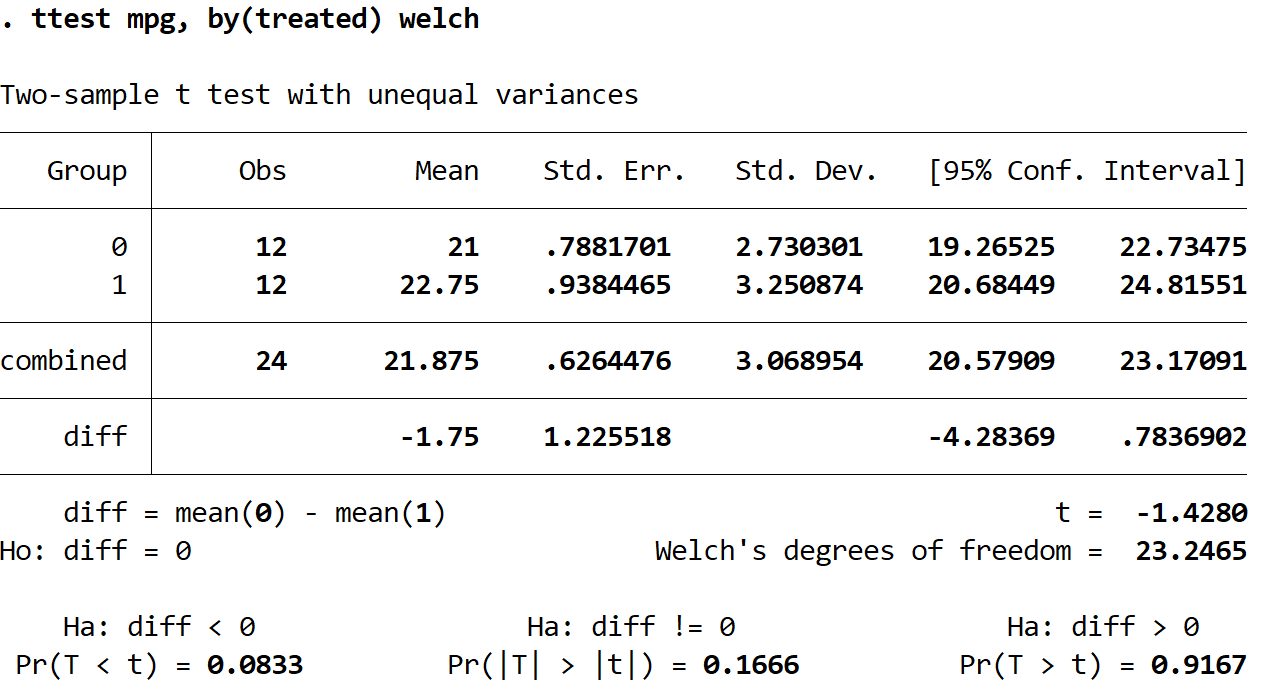 Lastly, we want to report the results of our Welch’s t-test. Here is an example of how to do so:

A Welch’s t-test was performed to determine if there was a statistically significant difference in mpg between a group  of cars that received a fuel treatment and a group that did not. The sample size for both groups was 12 cars.