Many statistical tests require one or more variables to be normally distributed in order for the results of the test to be reliable.

This tutorial explains two different methods you can use to test for normality among variables in SPSS.

Each method will use the following dataset, which shows the average points per game scored by 20 different basketball players: 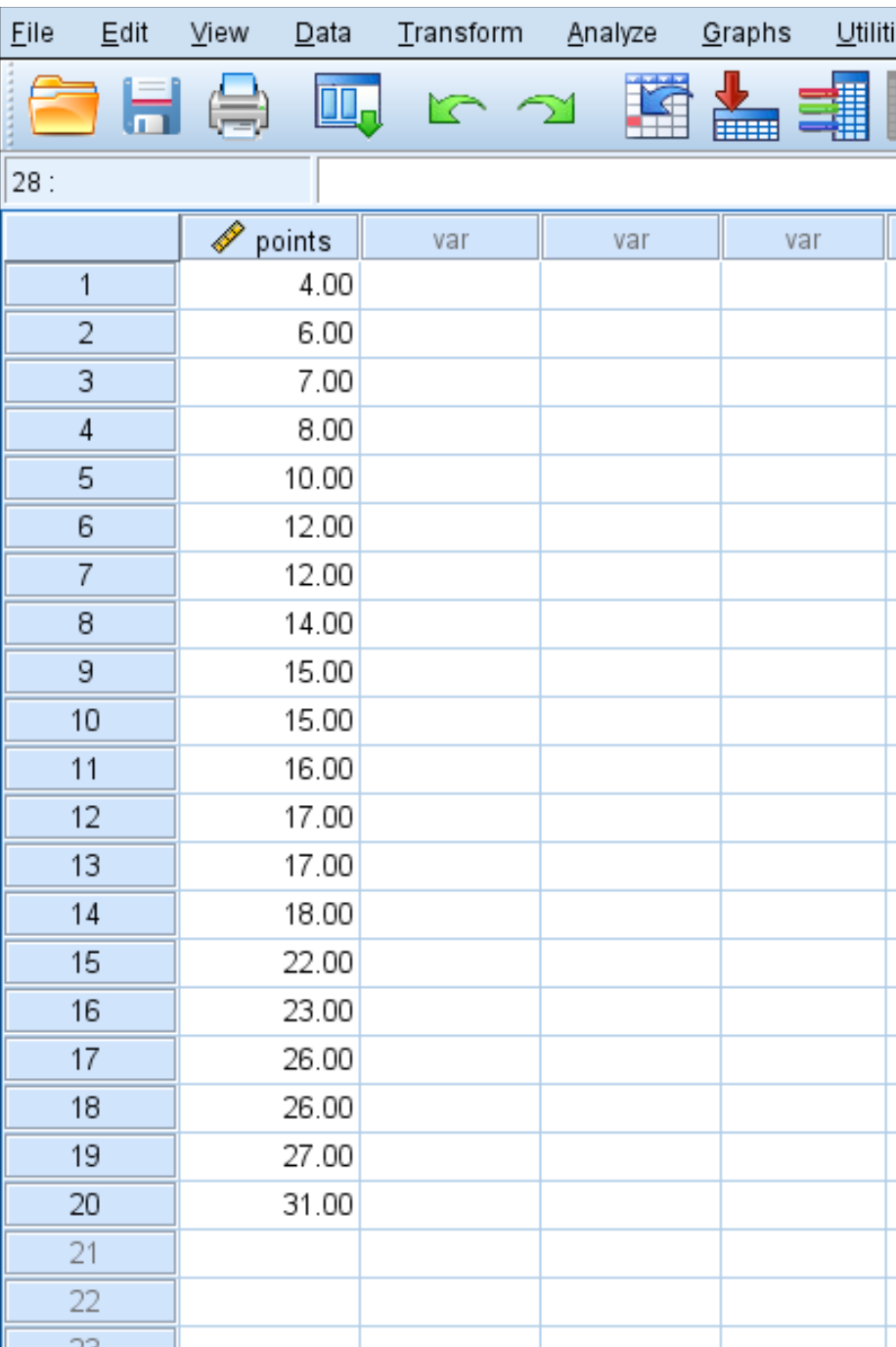 To create a histogram for this basketball dataset, we can click on the Graphs tab, then Chart Builder. 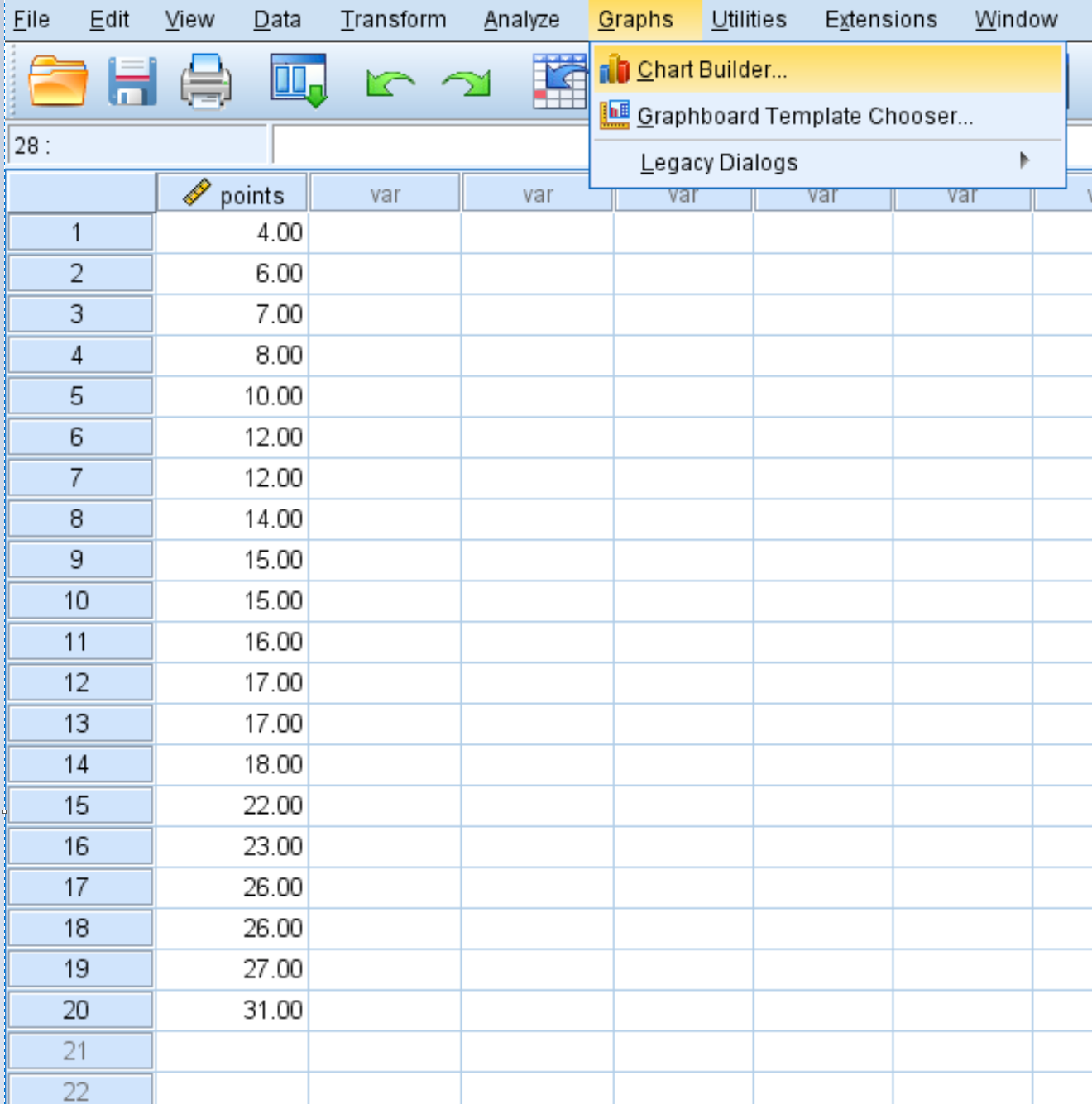 In the window that pops up, select Histogram in the Choose from list and drag it into the editing window. Then drag the variable points into the x-axis: 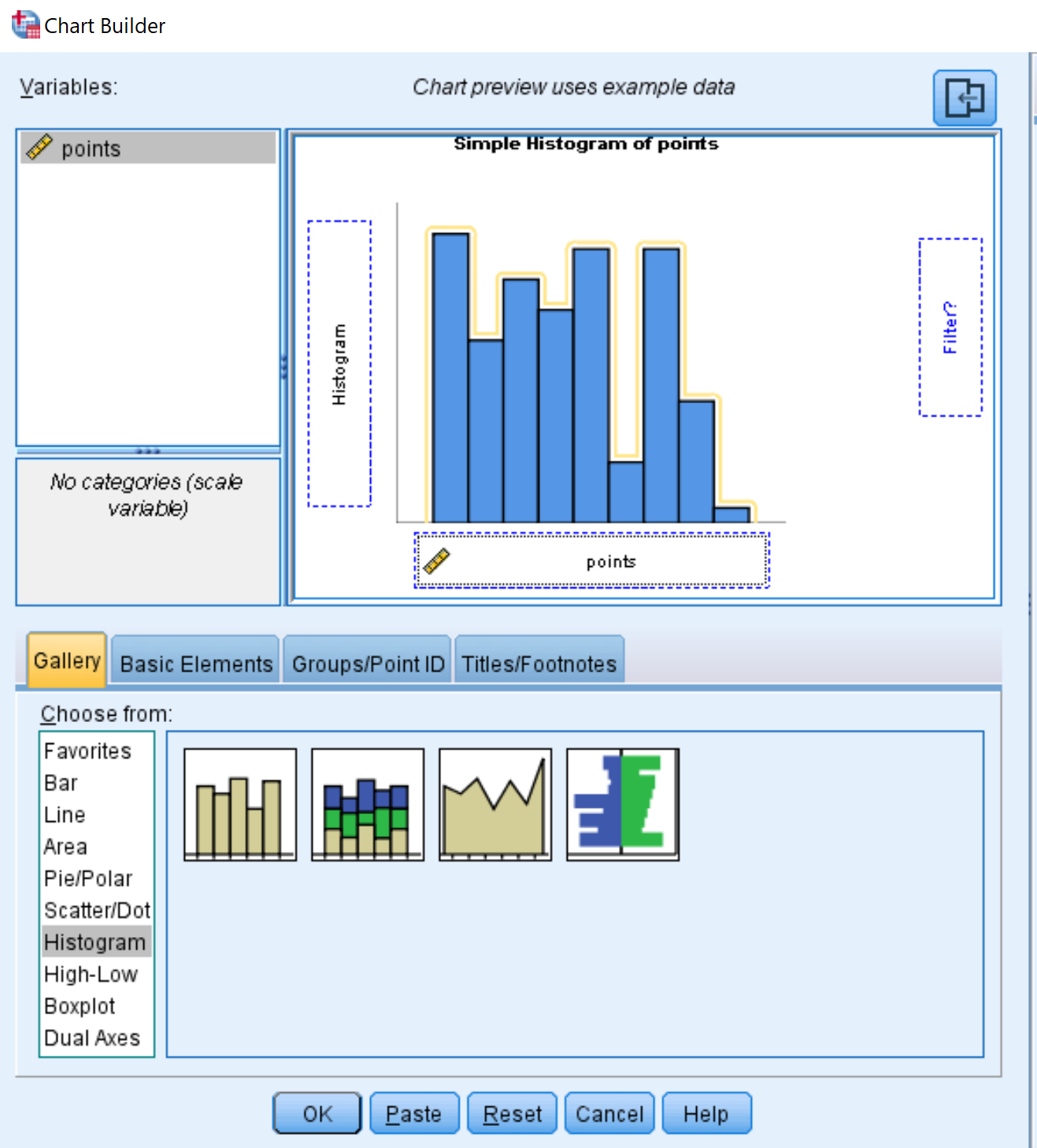 Once you click OK, the following histogram will appear: 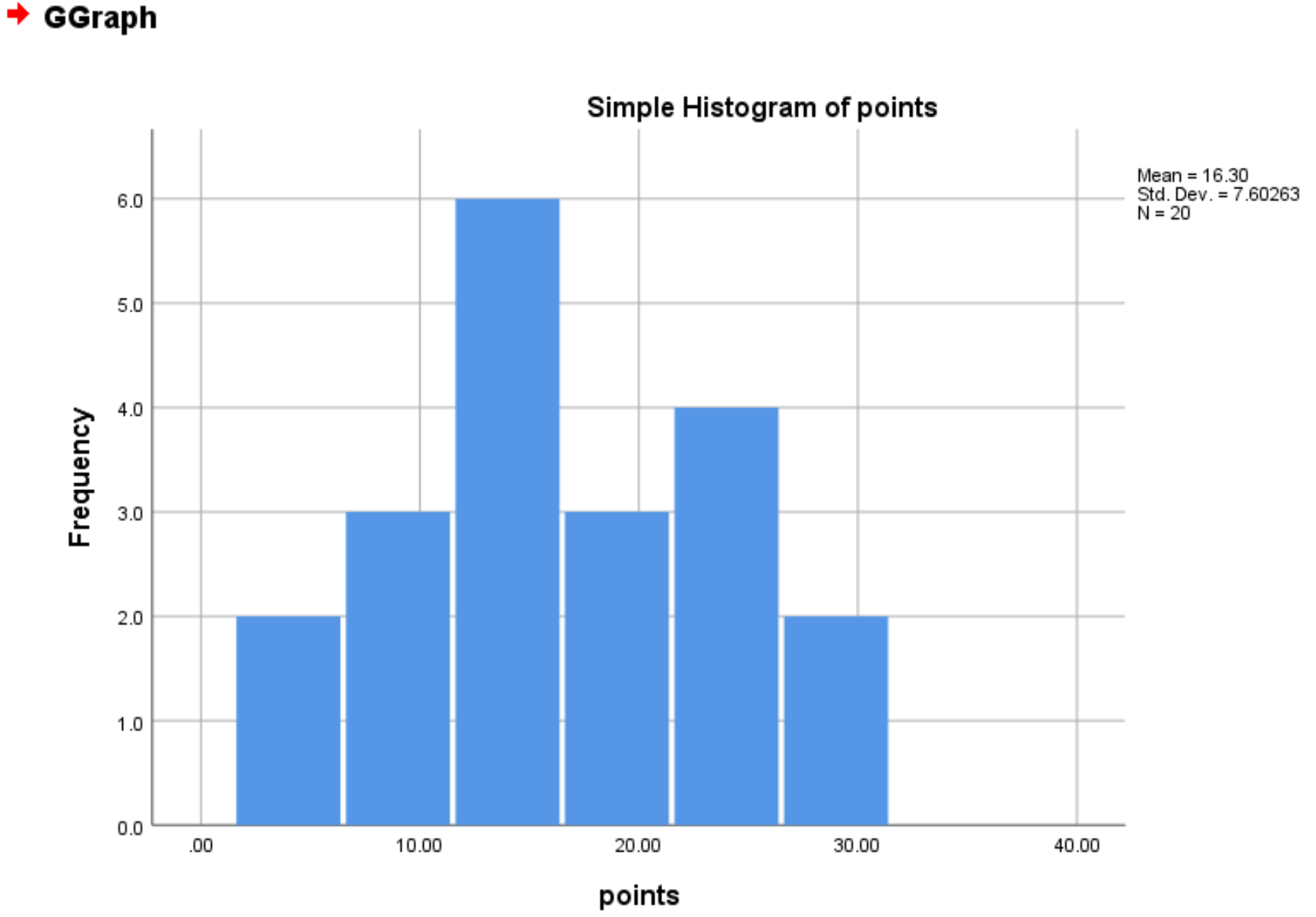 We can see that the variable points isn’t perfectly normally distributed, but it does follow roughly a bell shape with most players scoring between 10 and 20 points per game and fewer players scoring outside of this amount.

We can also use formal statistical tests to determine whether or not a variable follows a normal distribution. SPSS offers the following tests for normality:

To perform both of these tests in SPSS simultaneously, click the Analyze tab, then Descriptive Statistics, then Explore: 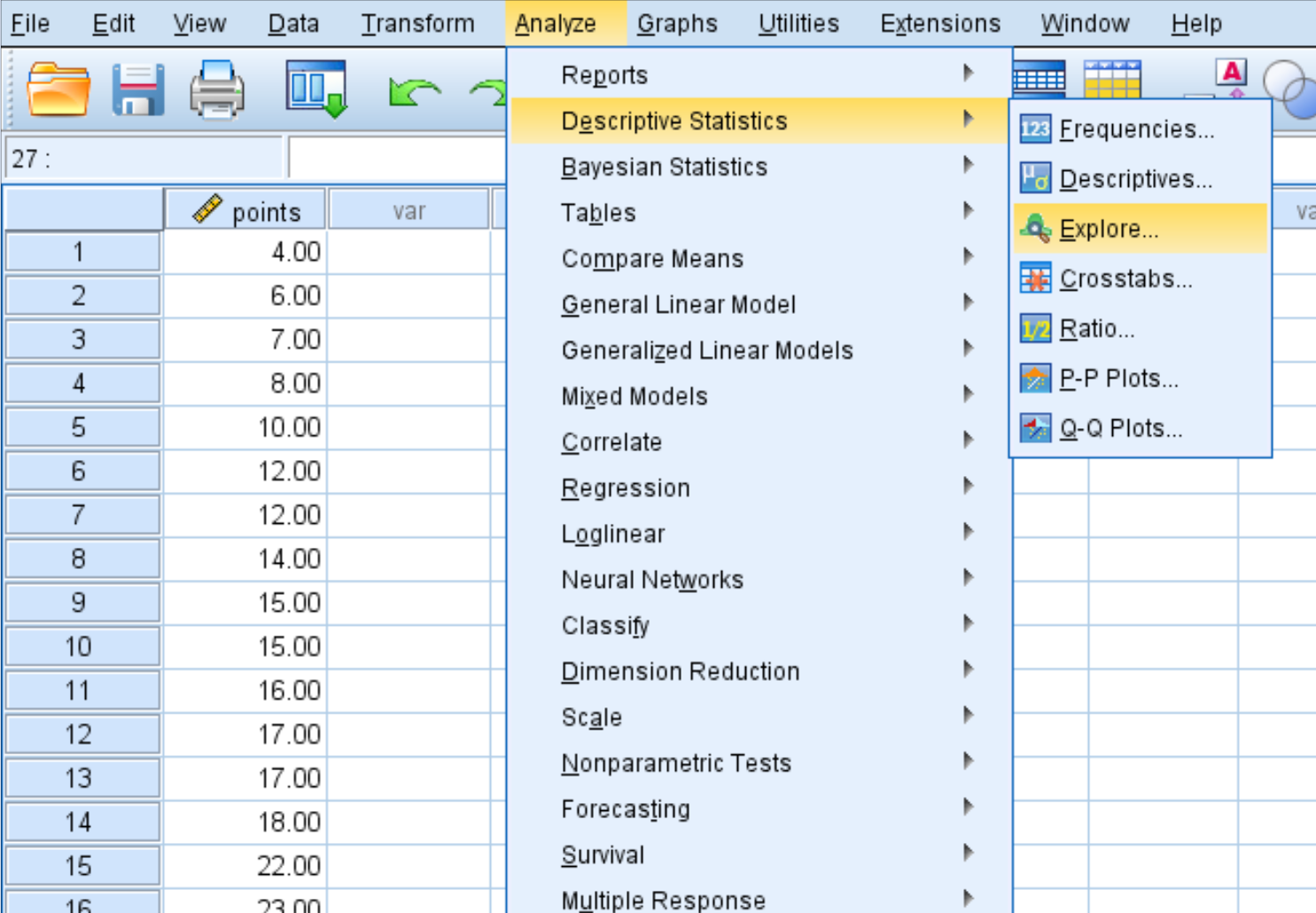 In the new window that pops up, drag the variable points into the box labelled Dependent List. Then click Plots and make sure the box next to Normality plots with tests is selected. Then click Continue. Then click OK. 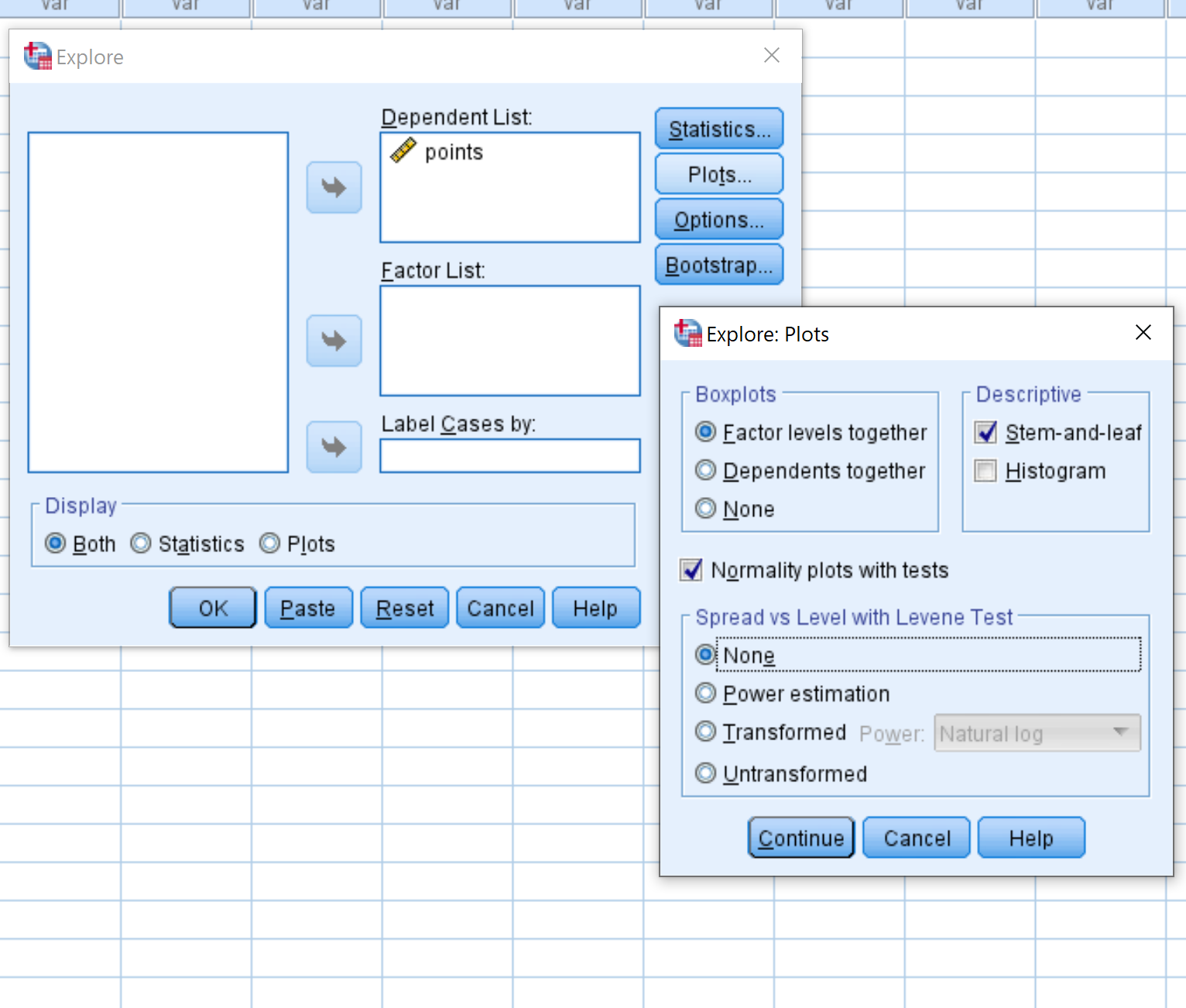 Once you click OK, the results of the normality tests will be shown in the following box:

The test statistic and corresponding p-value for each test are shown:

The p-values for both tests are not less than 0.05, which means we do not have sufficient evidence to say the variable points is not normally distributed.

If we wanted to perform some statistical test that assumes variables are normally distributed, we would know that the variable points satisfies this assumption.