The Wilcoxon Signed Rank Test is the non-parametric version of the paired samples t-test. It is used to test whether or not there is a significant difference between two population means when the distribution of the differences between the two samples cannot be assumed to be normal.

This tutorial explains how to conduct a Wilcoxon Signed Rank Test in SPSS.

How to Perform a Wilcoxon Signed Rank Test in SPSS

The following screenshot shows the mpg for each car with (mpg1) and without (mpg2) fuel treatment: 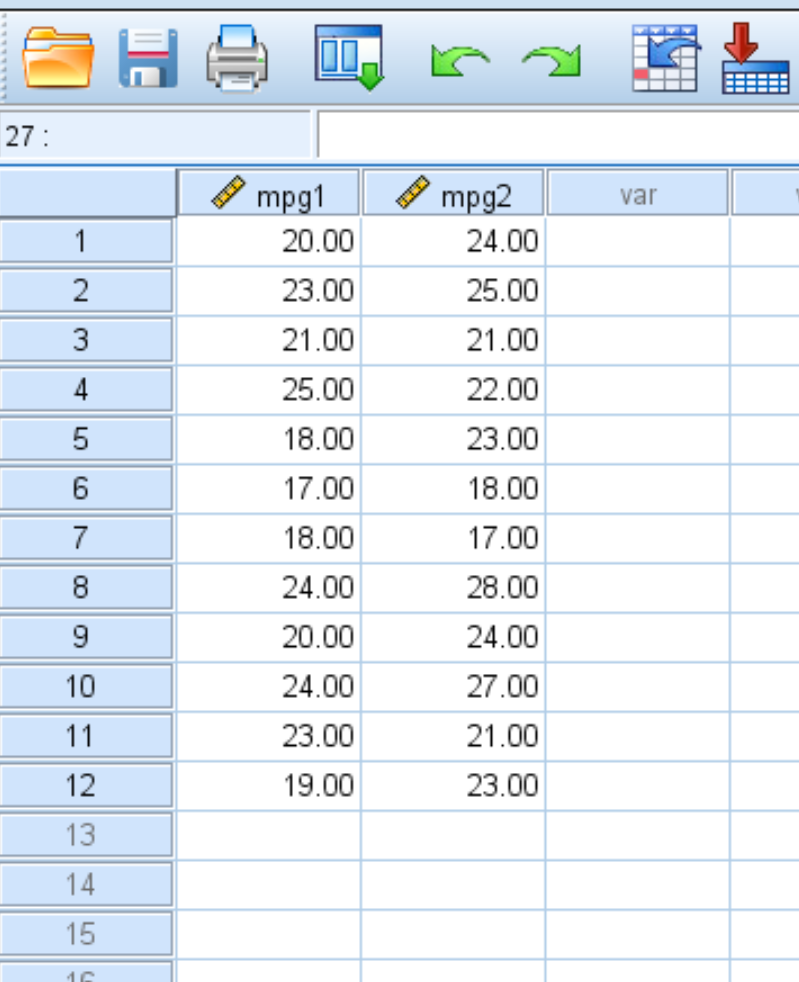 Use the following steps to perform a Wilcoxon Signed Rank Test to determine if there is a difference in the mean mpg between the two groups.

Click the Analyze tab, then Nonparametric Tests, then Legacy Dialogs, then 2 Related Samples: 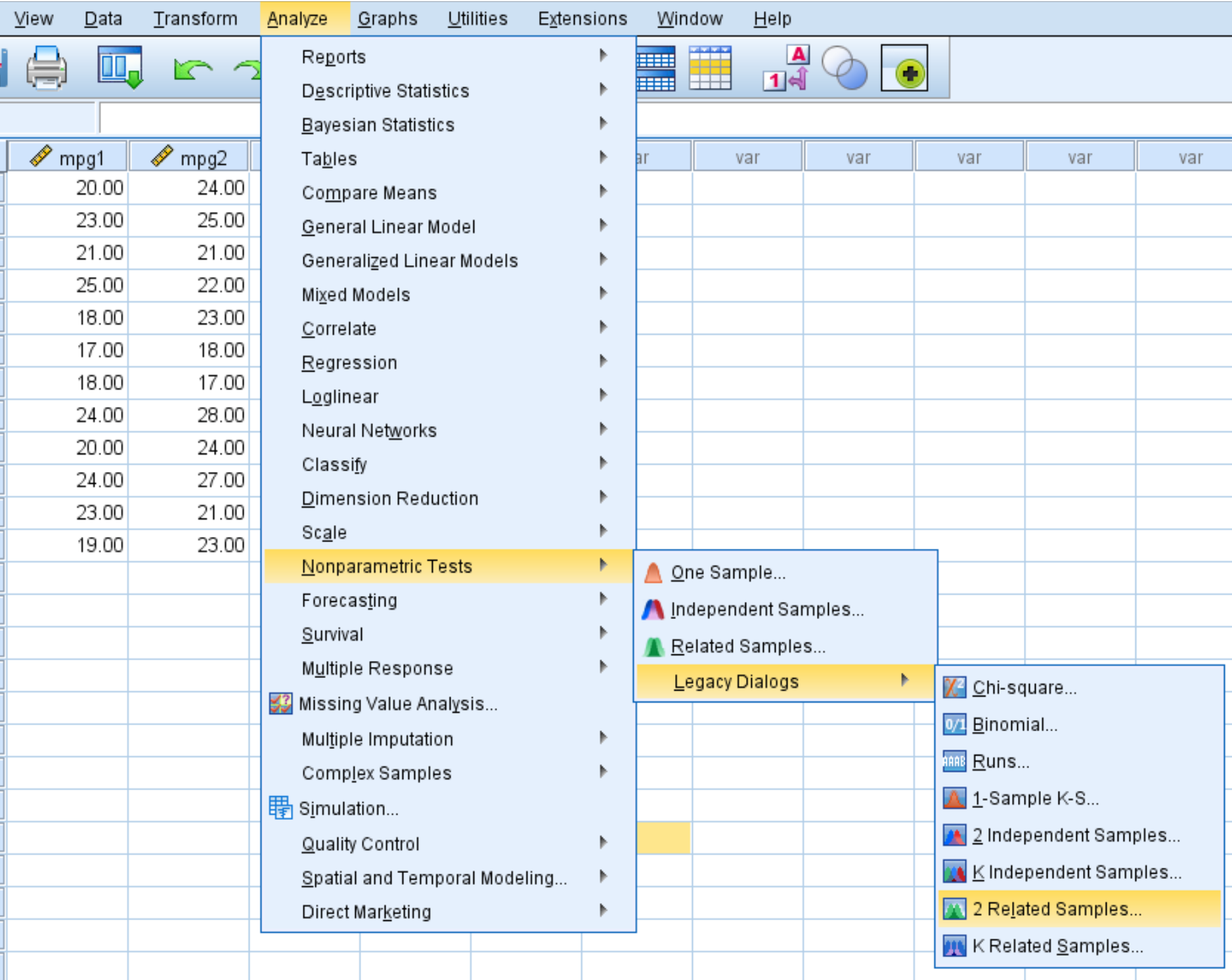 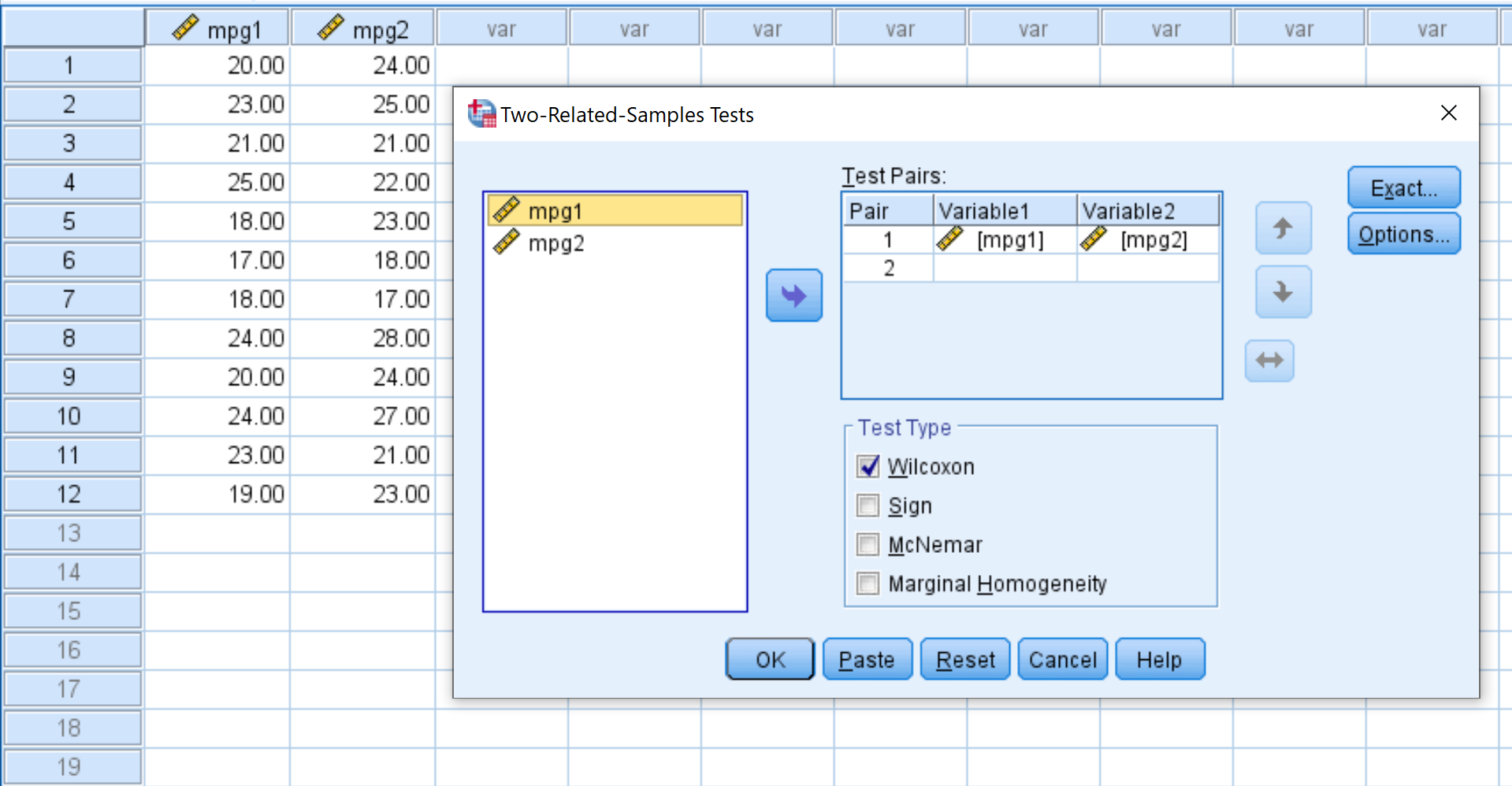 Once you click OK, the results of the Wilcoxon Signed Rank Test will be displayed: 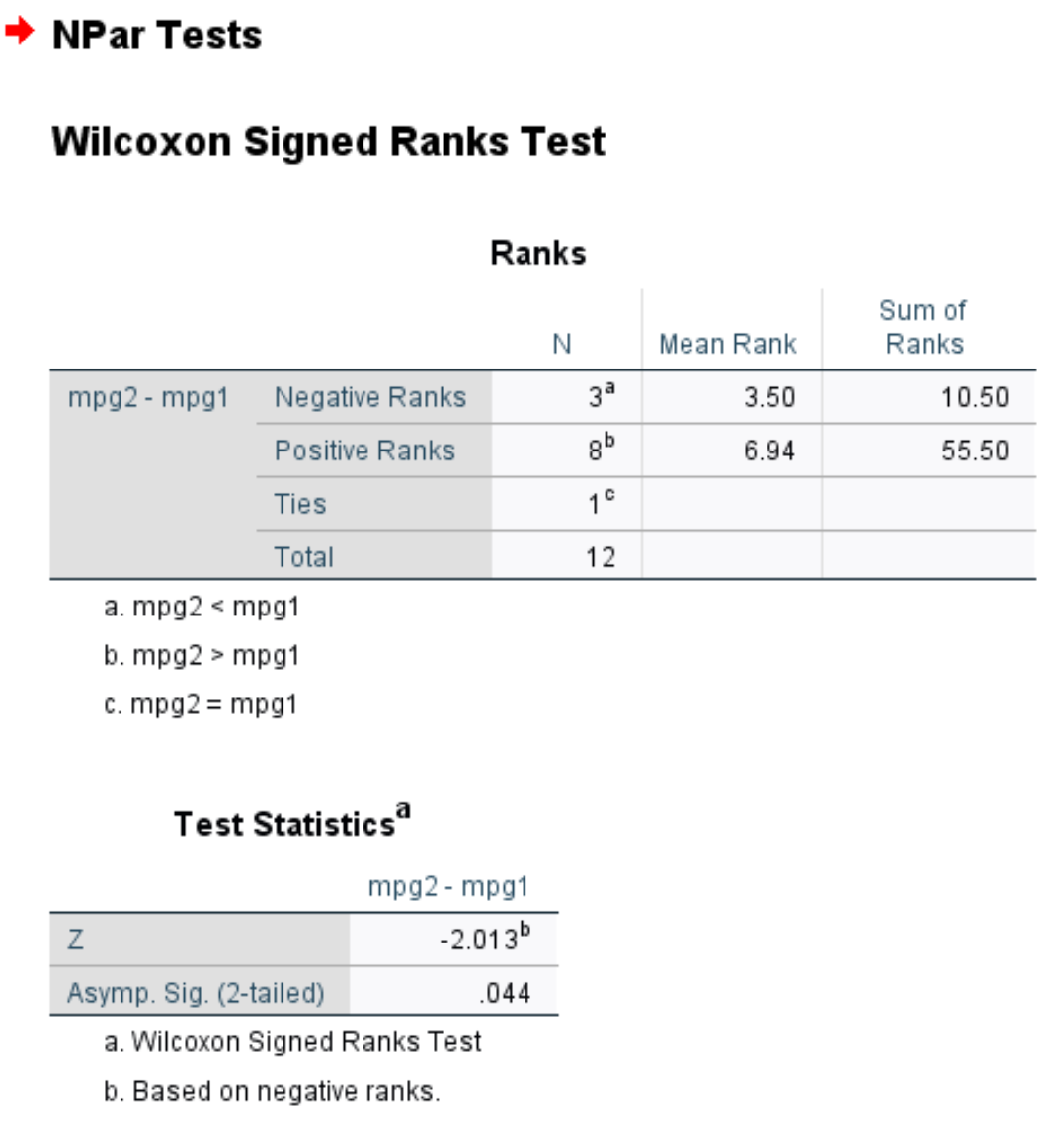 The first table displays the sum of the positive and negative ranks for the test. Check out this tutorial if you want to know how these ranks are calculated.

The second table displays the test statistic and the corresponding two-tailed p-value, which we can see are:

Since the p-value is less than .05, we can reject the null hypothesis. We have sufficient evidence to conclude that the fuel treatment had a statistically significant effect on the mpg of cars.

Lastly, we want to report the results of the Wilcoxon Signed Rank Test. Here is an example of how to do so:

A Wilcoxon Signed Rank Test was performed to determine if there was a statistically significant difference in the mean mpg before and after a car received fuel treatment. A total of 12 cars were used in the analysis.

The test revealed that there was a statistically significant difference in mean mpg between the two groups (z = -2.013, p = 0.044).

These results indicate that the fuel treatment had a significant effect on the mpg of a car.