Two terms that students often get confused in statistics are z-values and p-values.

There are two common types of z-tests:

We use the following steps to perform each test: 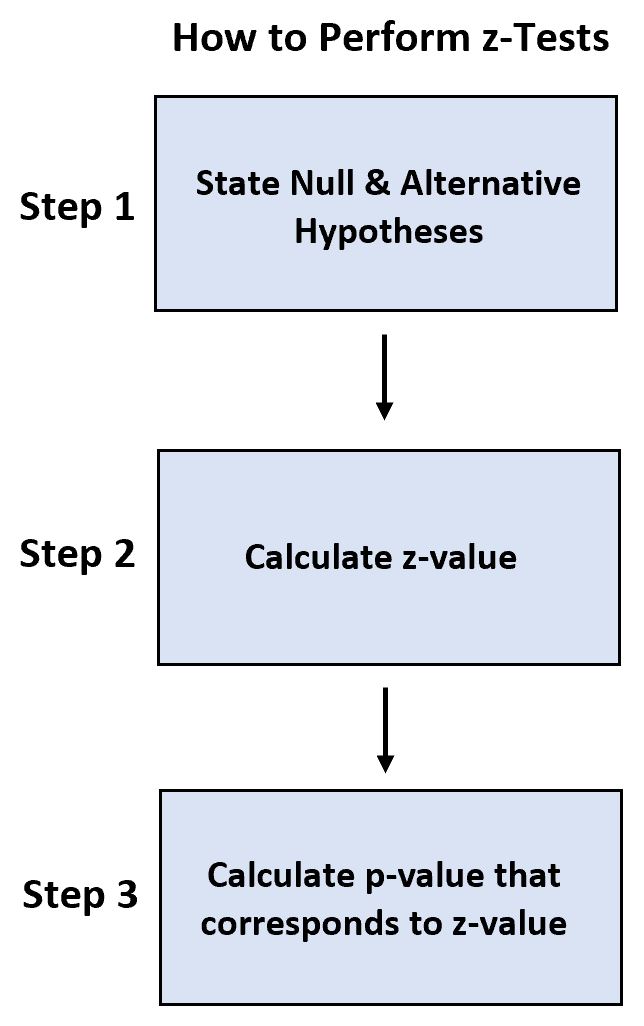 For each test, the z-value is a way to quantify the difference between the population means and the p-value is the probability of obtaining a z-value with an absolute value at least as large as the one we actually observed in the sample data if the null hypothesis is actually true.

If the p-value is less than a certain value (e.g. 0.05) then we reject the null hypothesis of the test.

For each type of z-test, we’re interested in the p-value and we simply use the z-value as an intermediate step to calculating the p-value.

The following example shows how to calculate and interpret a z-value and corresponding p-value for a two-sample z-test.

Suppose the IQ levels among individuals in two different cities are known to be normally distributed each with population standard deviations of 15.

A scientist wants to know if the mean IQ level between individuals in city A and city B are different, so she selects a simple random sample of  20 individuals from each city and records their IQ levels:

Here’s how to perform a two-sample z-test using this data:

Thus, we conclude that the mean IQ level is not significantly different between the two cities.

Notice that we simply used the z-value as an intermediate step to calculating the p-value.

The p-value is the true value that we were interested in, but we had to first calculate the z-value.