A one sample z-test is used to test whether a population mean is significantly different than some hypothesized value.

A two sample z-test is used to test whether two population means are significantly different from each other.

The following examples show how to perform each type of test in Excel.

Example 1: One Sample Z-Test in Excel

Suppose the IQ in a population is normally distributed with a mean of μ = 100 and standard deviation of σ = 15.

A scientist wants to know if a new medication affects IQ levels, so she recruits 20 patients to use it for one month and records their IQ levels at the end of the month.

We can use the following formula in Excel to perform a one sample z-test to determine if the new medication causes a significant difference in IQ levels: 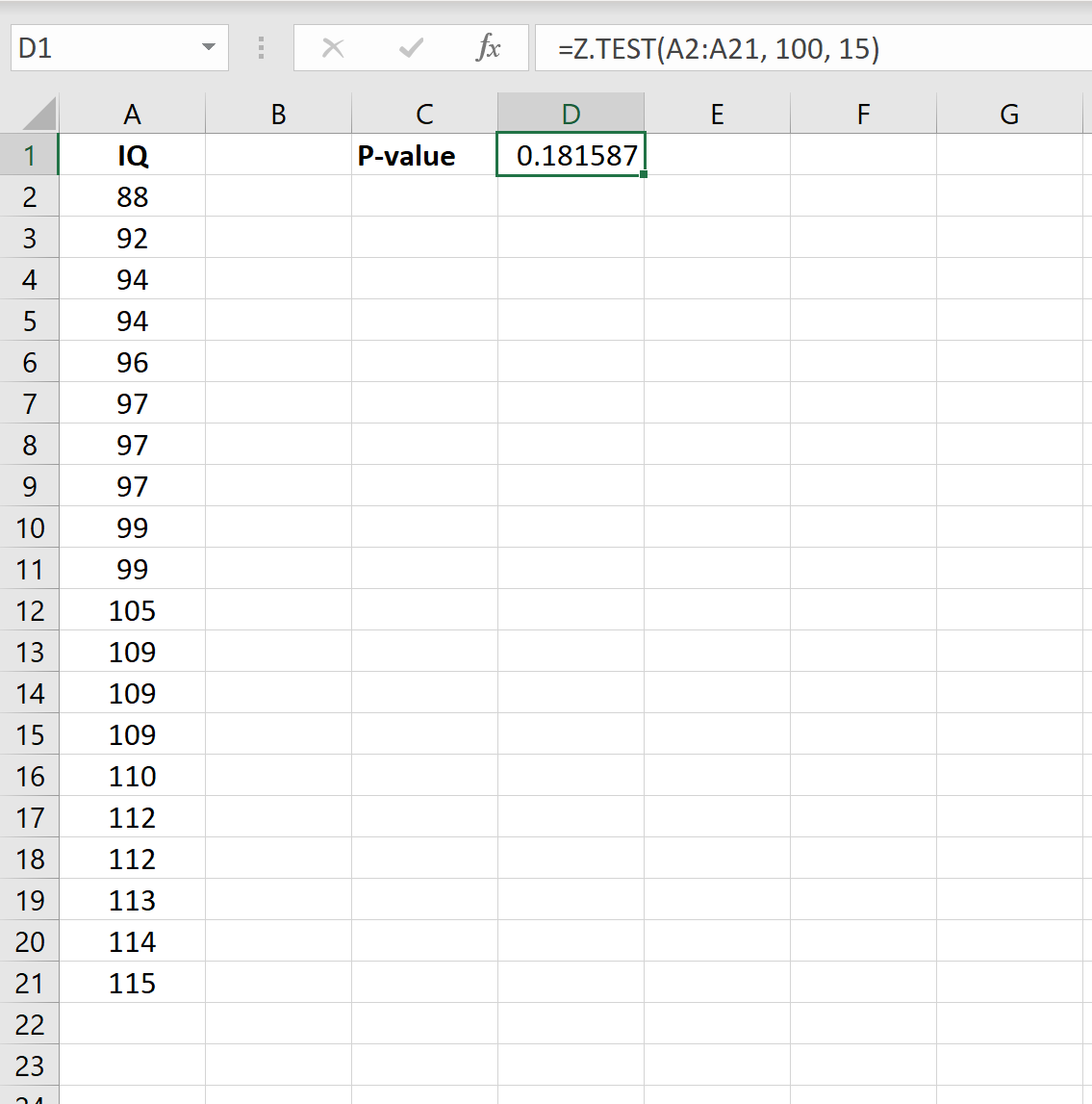 Thus, we conclude that the new medication does not significantly affect IQ level.

Suppose the IQ levels among individuals in two different cities are known to be normally distributed each with population standard deviations of 15.

A scientist wants to know if the mean IQ level between individuals in city A and city B are different, so she selects a simple random sample of  20 individuals from each city and records their IQ levels.

The following screenshot shows the IQ levels for the individuals in each sample: 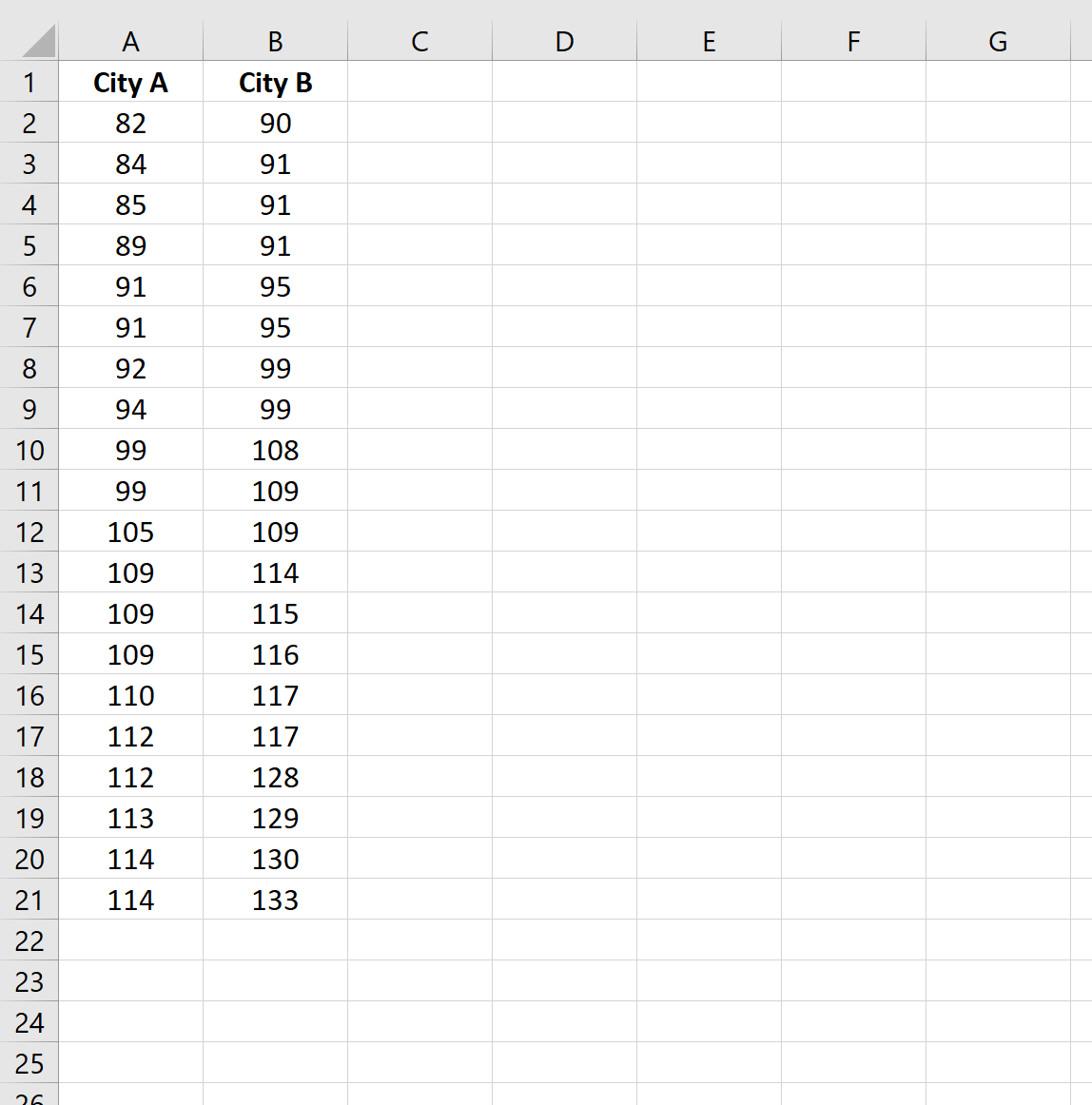 To perform a two sample z-test to determine if the mean IQ level is different between the two cities, click the Data tab along the top ribbon, then click the Data Analysis button within the Analysis group.

If you don’t see Data Analysis as an option, you need to first load the Analysis ToolPak in Excel.

Once you click this button, select z-Test: Two Sample for Means in the new window that appears: 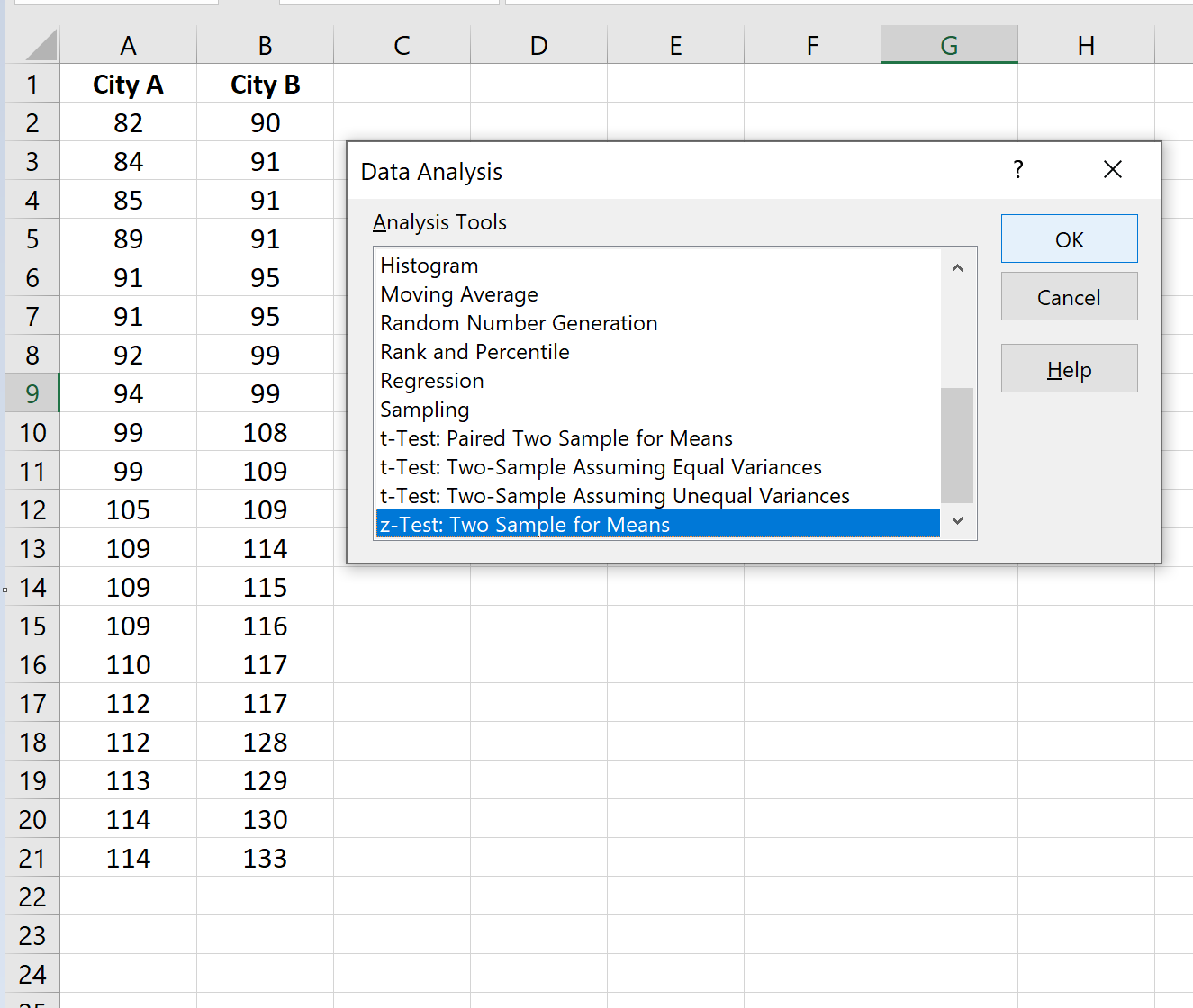 Once you click OK, you can fill in the following information: 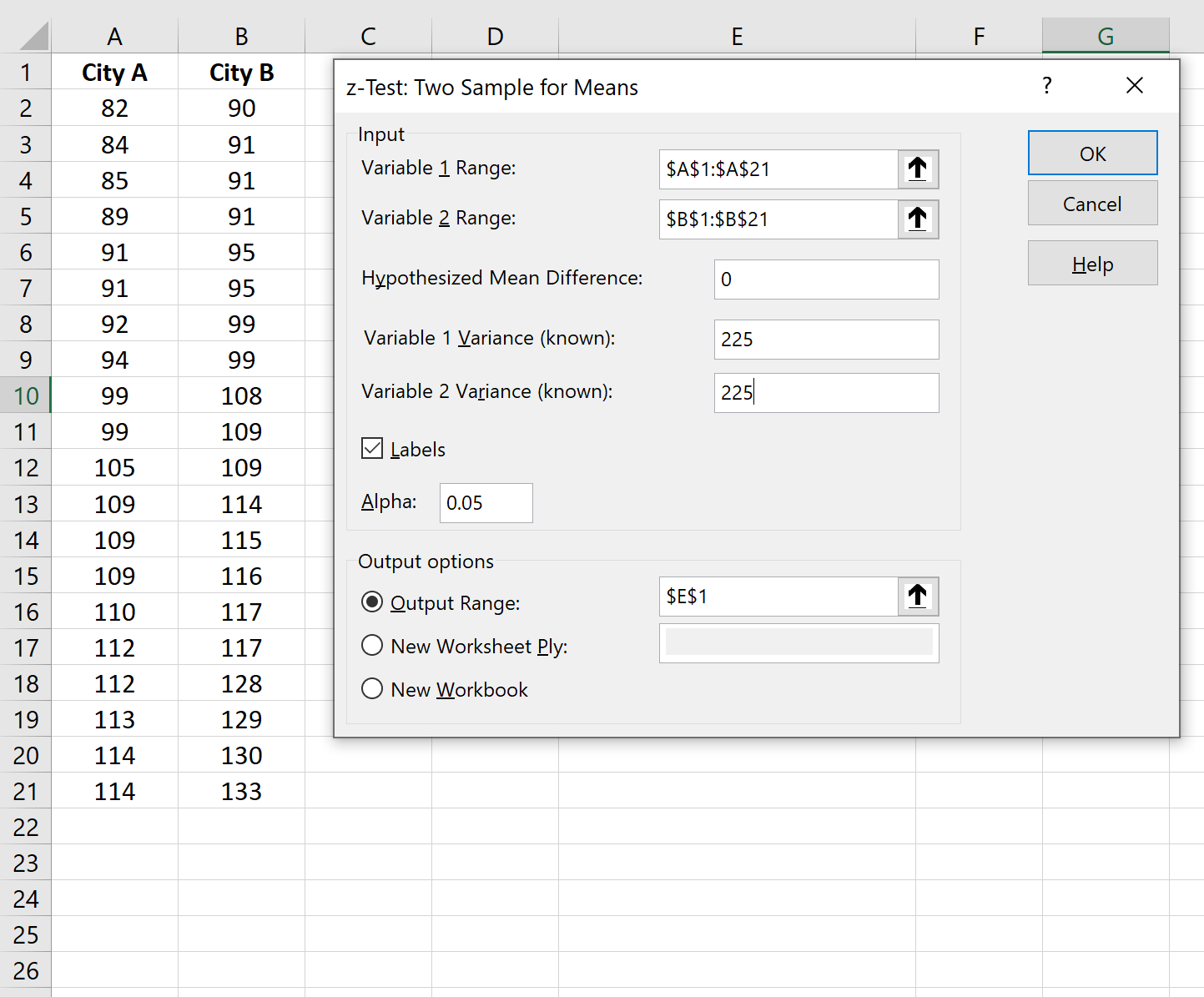 Once you click OK, the results will appear in cell E1: 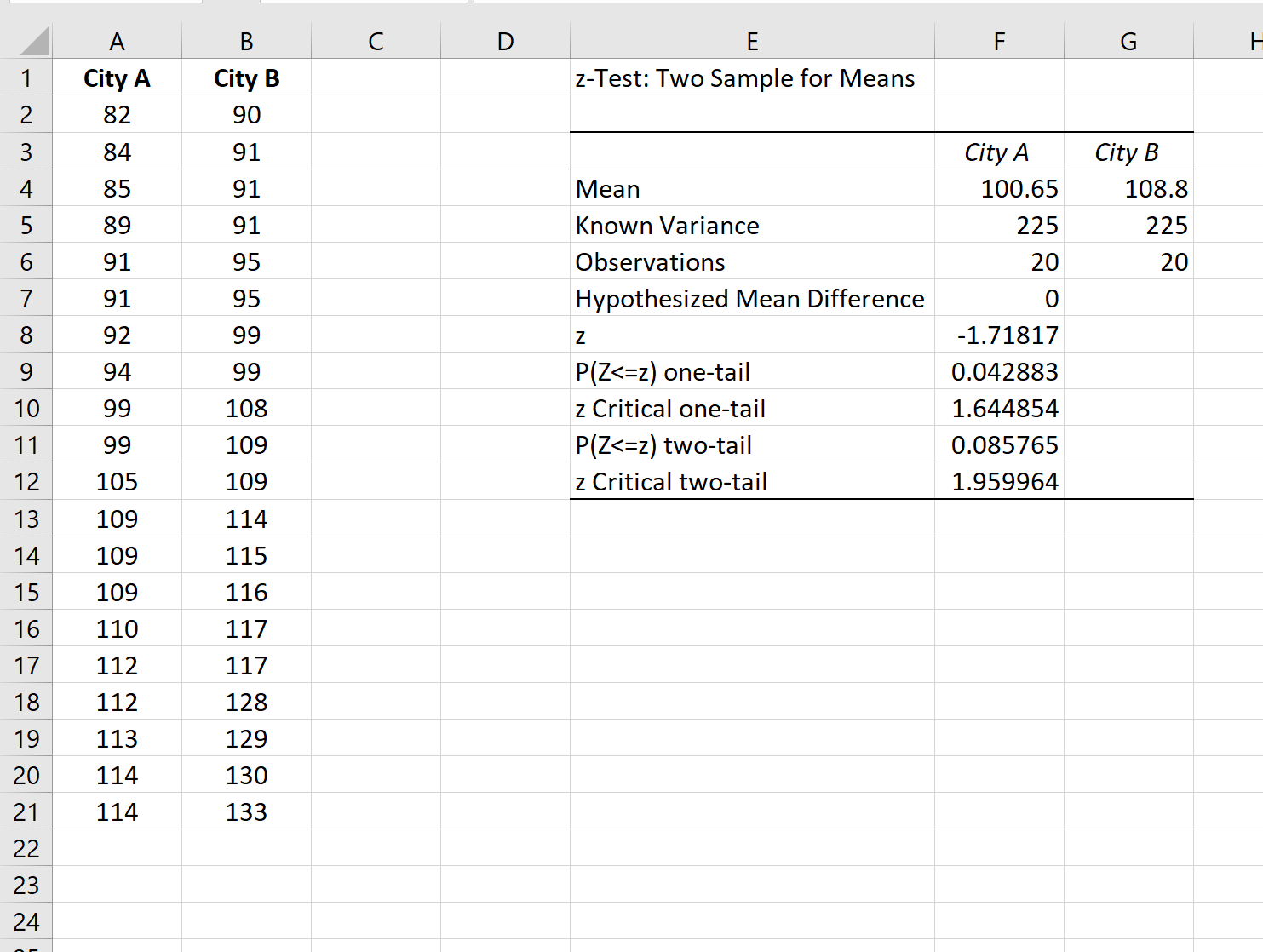 Thus, we conclude that the mean IQ level is not significantly different between the two cities.

The following tutorials explain how to perform other common statistical tests in Excel: