To winsorize data means to set extreme outliers equal to a specified percentile of the data.

This tutorial provides a step-by-step example of how to winsorize a dataset in Excel. 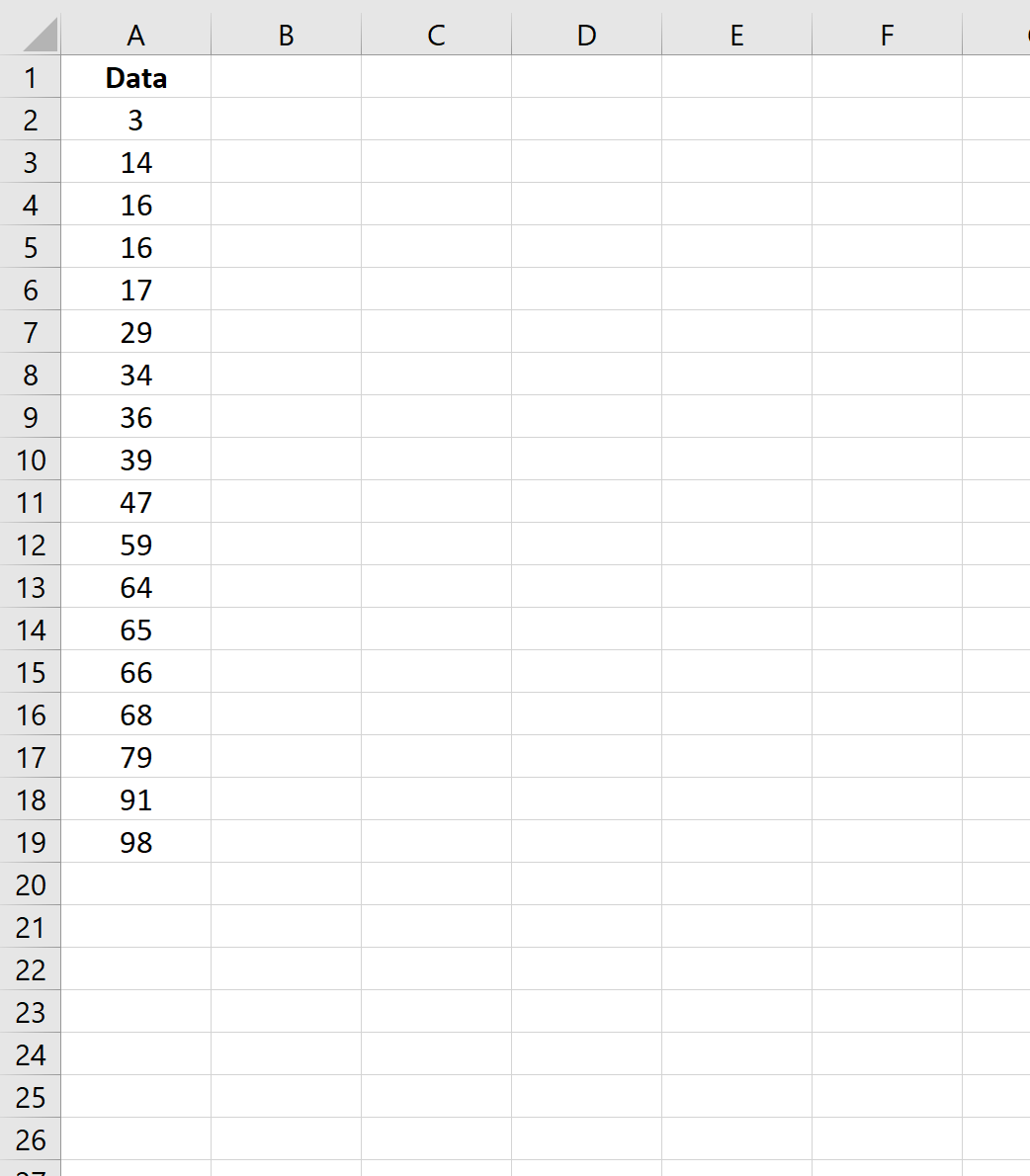 The following formulas show how to find the 5th and 95th percentiles: 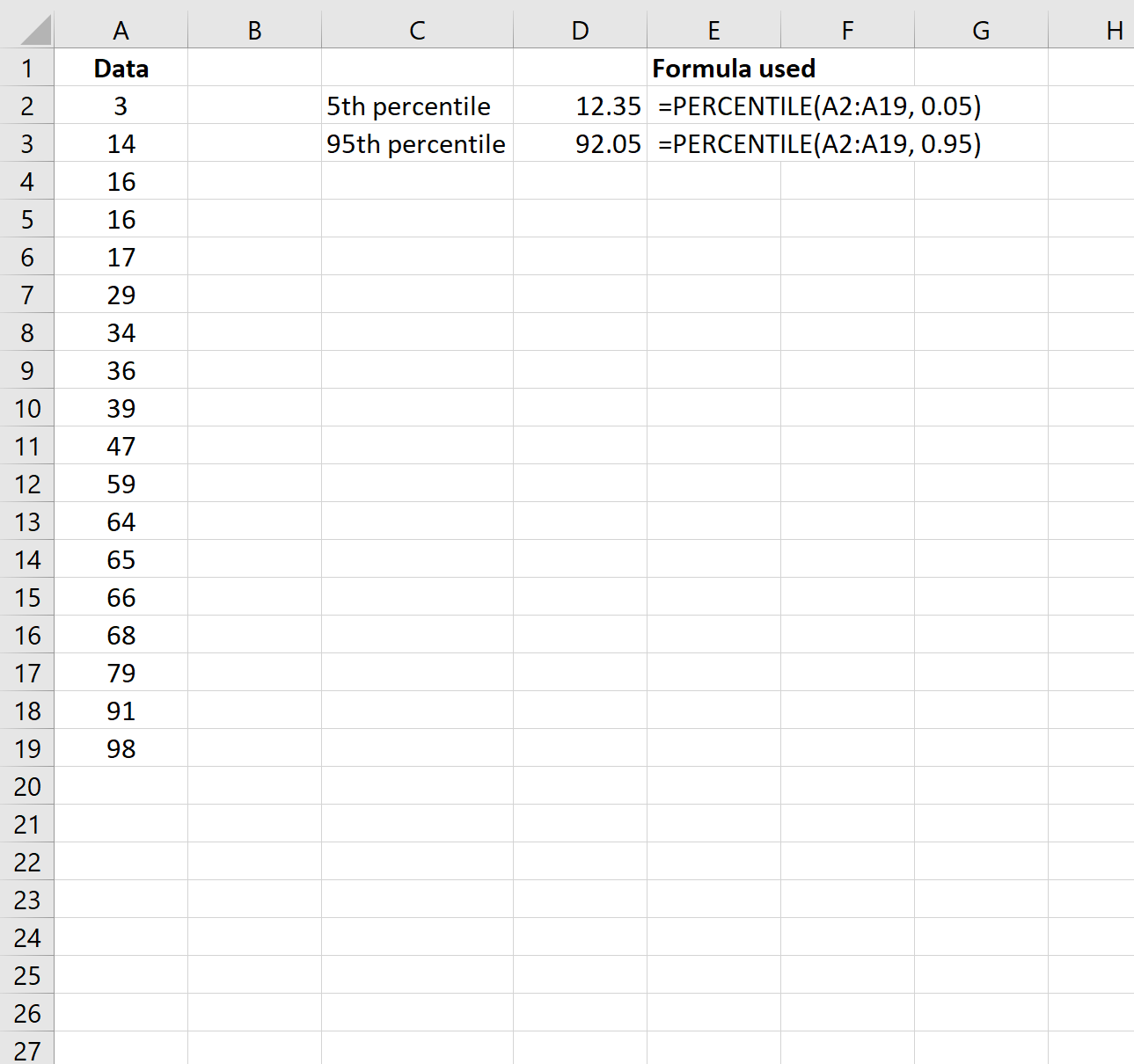 Lastly, we’ll use the following formula to winsorize the data: 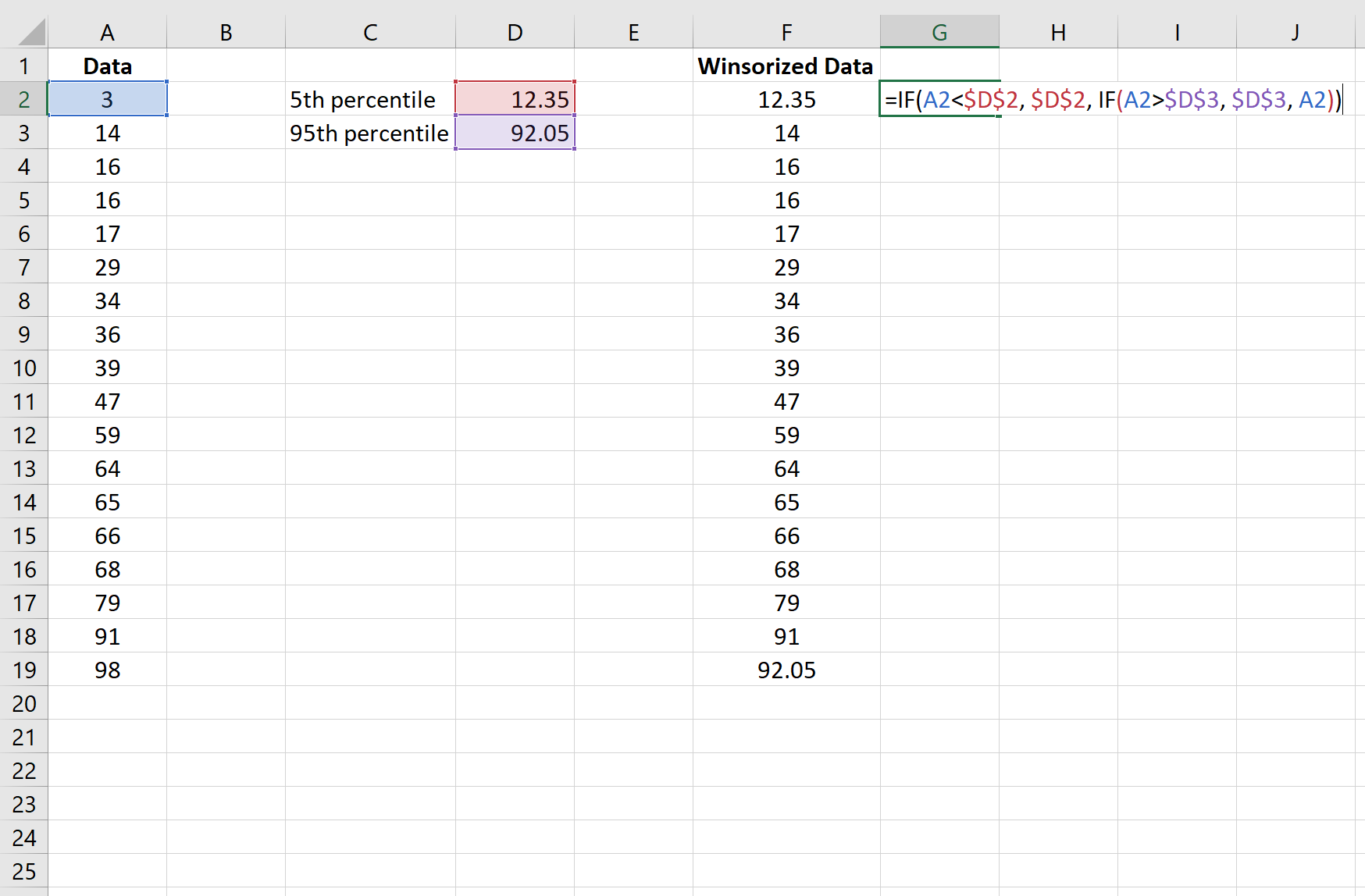 Note that we just copy and pasted the formula in cell F2 down to the remaining cells in column F.