The Wilcoxon Signed Rank Test is the non-parametric version of the paired t-test. It is used to test whether or not there is a significant difference between two population means.

When to Use the Wilcoxon Signed Rank Test

Use the Wilcoxon Signed Rank test when you would like to use the paired t-test but the distribution of the differences between the pairs is severely non-normally distributed.

Keep in mind that the paired t-test is fairly robust to departures from normality, so the deviation from a normal distribution needs to be pretty severe to justify the use of the Wilcoxon Signed Rank test.

How to Perform the Wilcoxon Signed Rank Test

The following example illustrates how to perform the Wilcoxon Signed Rank test.

Since each player can be “paired” with themselves, the coach had planned on using a paired t-test to determine if there was a significant difference between the mean number of free throws made before and after the training program.

However, the distribution of the differences turns out to be non-normal, so the coach instead uses a Wilcoxon Signed Rank Test.

The following table shows the number of free throws made (out of 20 attempts) by each of the 15 players, both before and after the training program: 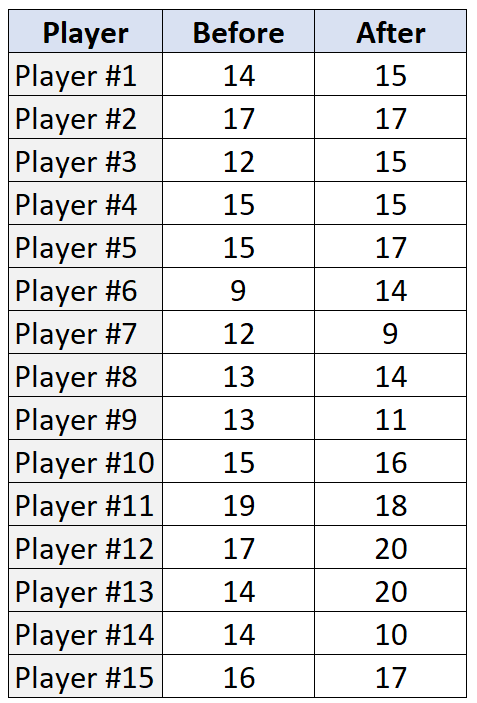 H0: The median difference between the two groups is zero.

HA: The median difference is negative. (e.g. the players make less free throws before participating in the training program) 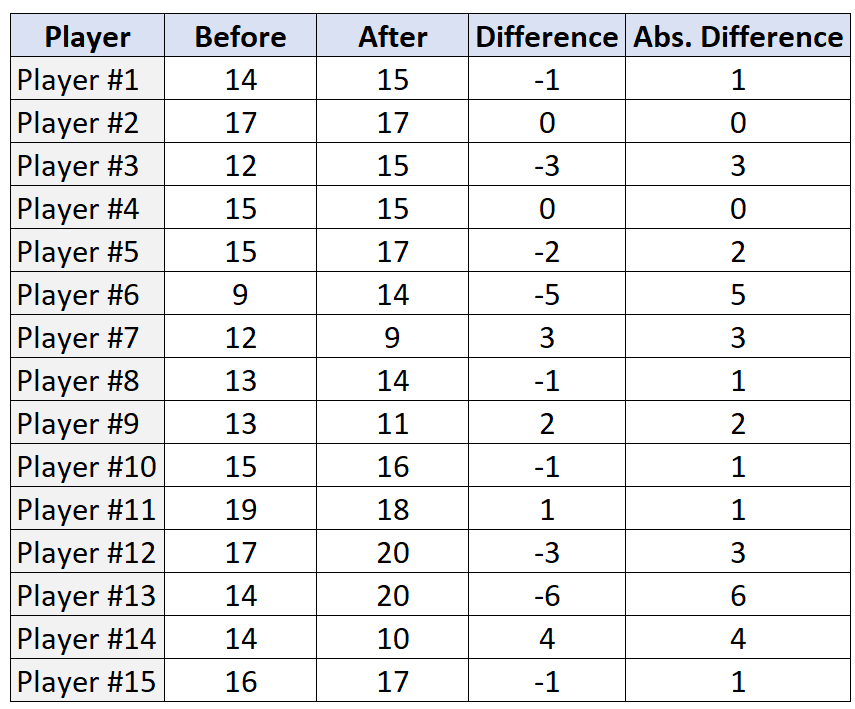 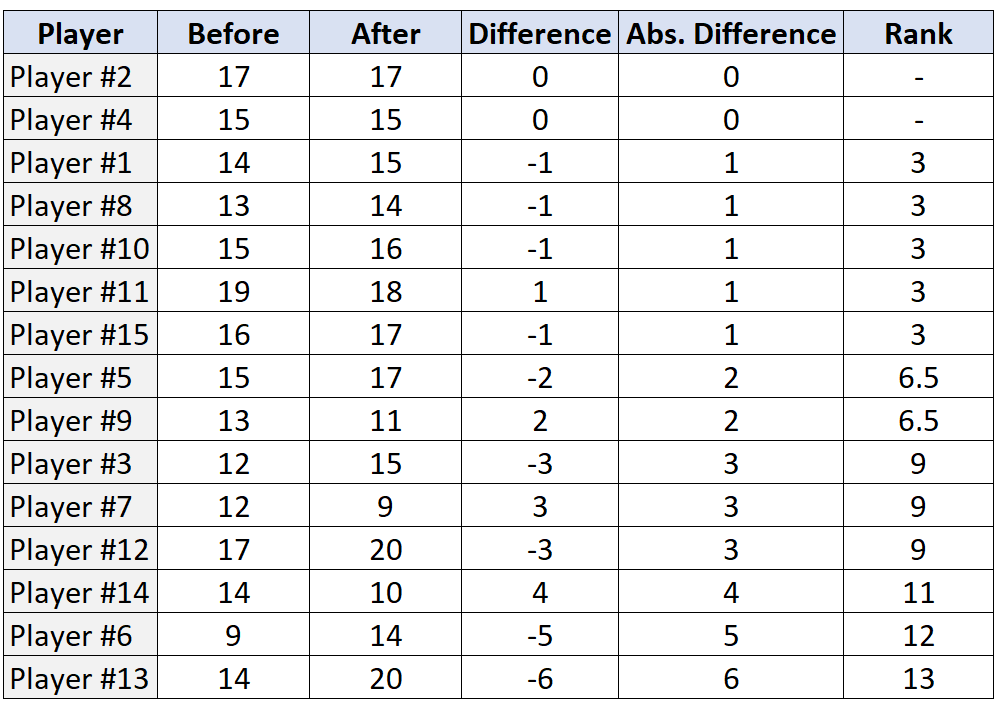 Step 4: Find the sum of the positive ranks and the negative ranks. 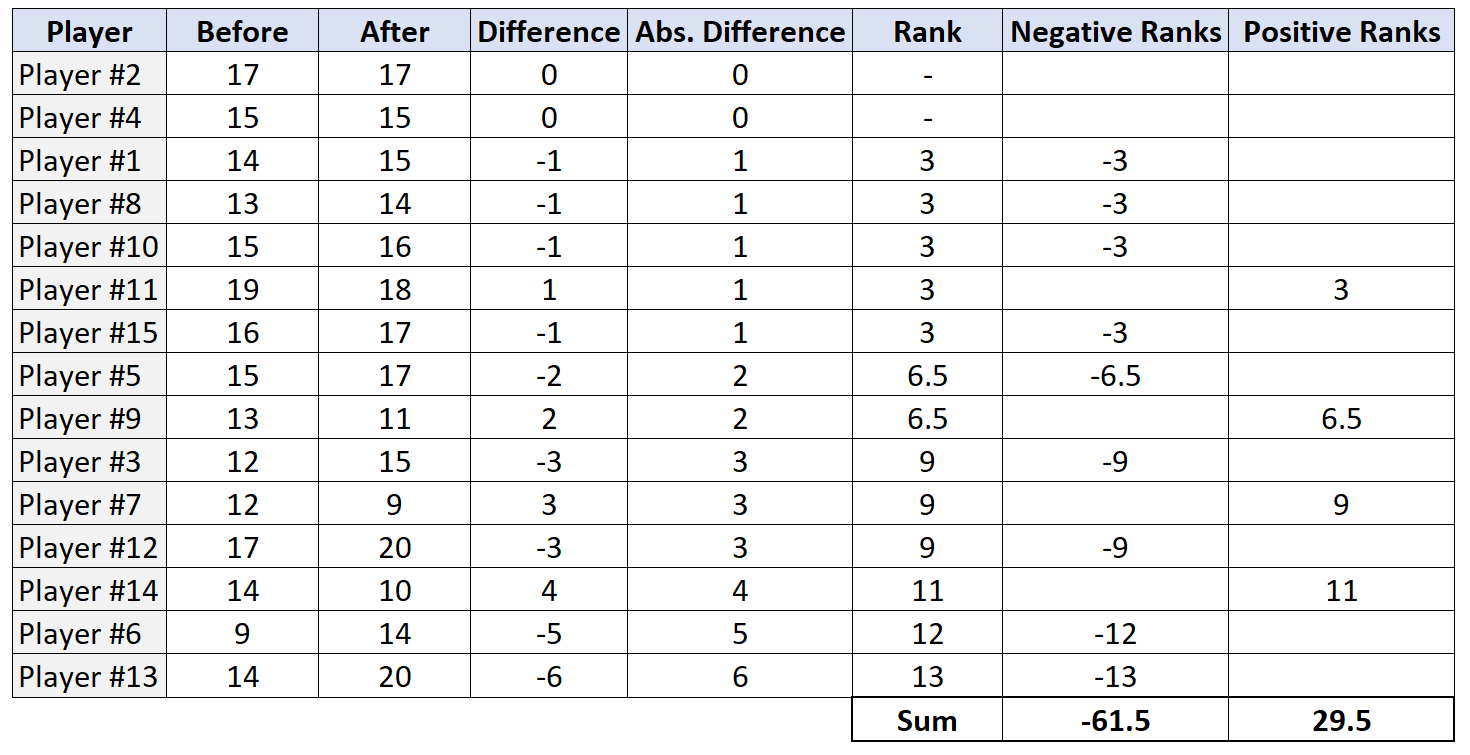 Step 5: Reject or fail to reject the null hypothesis.

To determine if we should reject or fail to reject the null hypothesis, we can reference the critical value found in the Wilcoxon Signed Rank Test Critical Values Table that corresponds with n and our chosen alpha level.

The critical value that corresponds to an alpha level of 0.05 and n = 13 (the total number of pairs minus the two we didn’t calculate ranks for since they had an observed difference of 0) is 17. 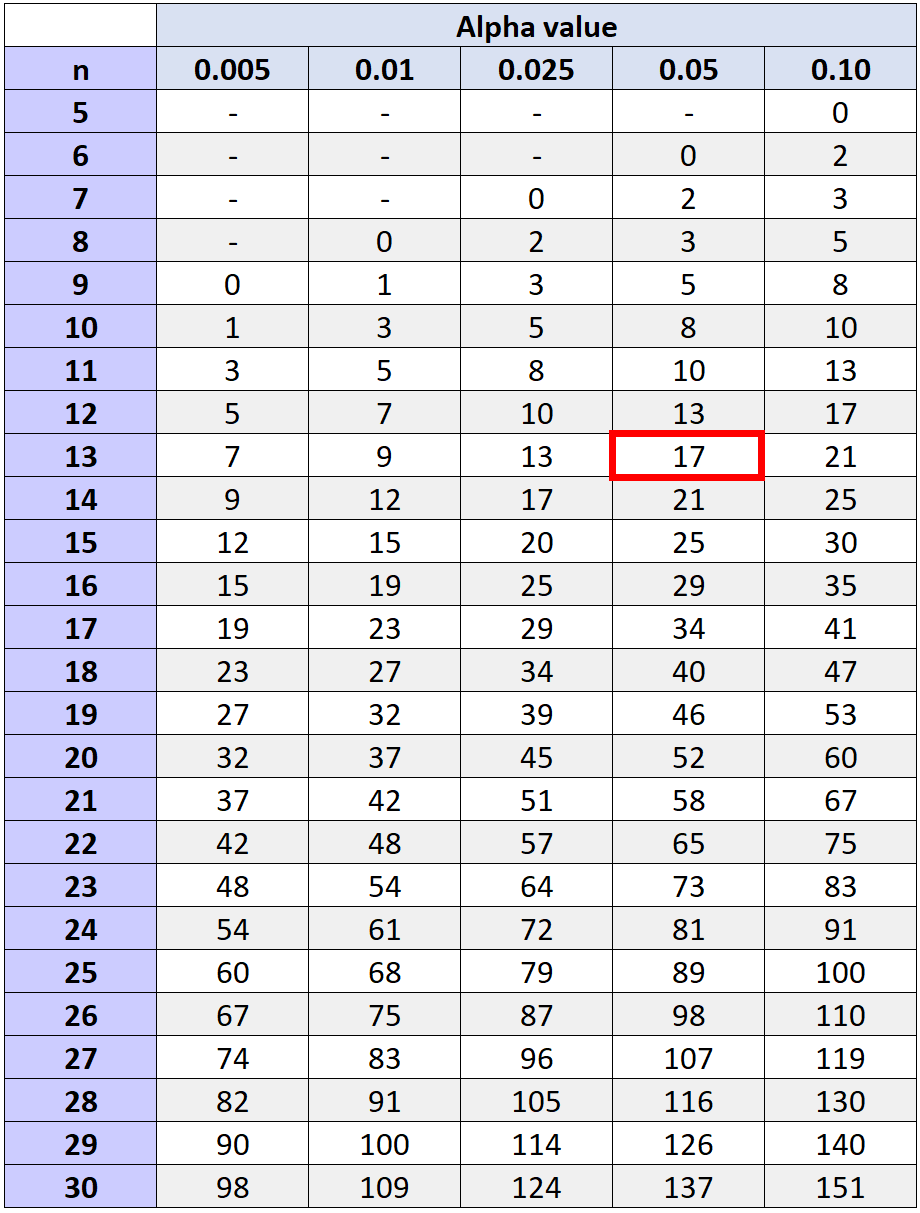 Since our test statistic (W = 29.5) is not less than or equal to 17, we fail to reject the null hypothesis. We do not have sufficient evidence to say that the training program leads to a significant increase in the number of free throws made by the players.

Note: Use the Wilcoxon Signed-Rank Test Calculator if you wish to perform the test using a calculator instead of by hand.