The Wilcoxon Signed-Rank Test is the non-parametric version of the paired samples t-test.

It is used to test whether or not there is a significant difference between two population means when the distribution of the differences between the two samples cannot be assumed to be normal.

The following example shows how to perform a Wilcoxon Signed-Rank Test in SAS.

Suppose an engineer want to know if a new fuel treatment leads to a change in the average miles per gallon of a certain car. To test this, he measures the mpg of 12 cars with and without the fuel treatment.

The results are shown in the table below: 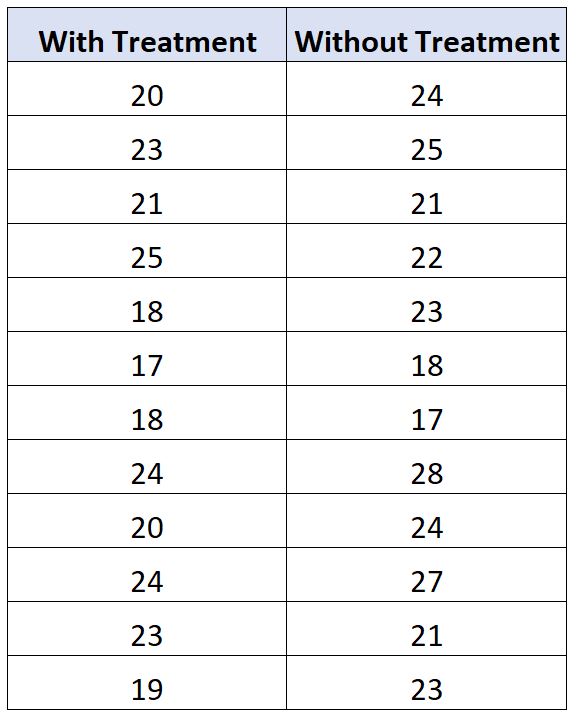 We can use the following code to perform a Wilcoxon Signed-Rank test in SAS to determine if there is a significant difference in the mean mpg between the two groups: 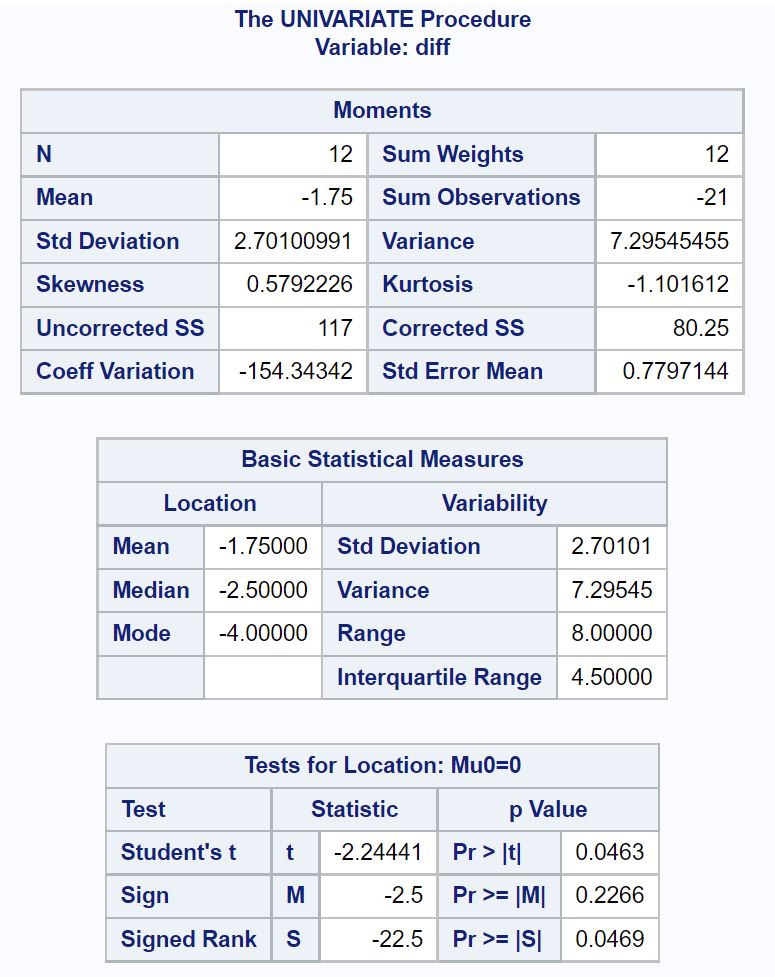 From the output we can see that the mean difference in mpg between the cars that received the treatment and those that didn’t is -1.75.

In the table titled Tests for Location we can observe the following:

Recall that the Wilcoxon Signed-Rank Test uses the following null and alternative hypotheses:

This means we have sufficient evidence to say that the mean mpg is not equal between the two groups.