There are two common scenarios where it’s a good idea to use a log scale when creating charts:

Scenario 1: A few values are significantly larger than all other values.

Scenario 2: You want to analyze percent change instead of raw change.

The following examples illustrate when each scenario may occur in the real world.

Scenario 1: Using a Log Scale When a Few Values Are Much Larger than All Others

Suppose we would like to visualize the annual revenue of 10 different companies in which 2 of the companies have revenues that are significantly larger than all of the other companies.

Here’s what a bar chart would look like if we visualized the revenues on a linear scale: 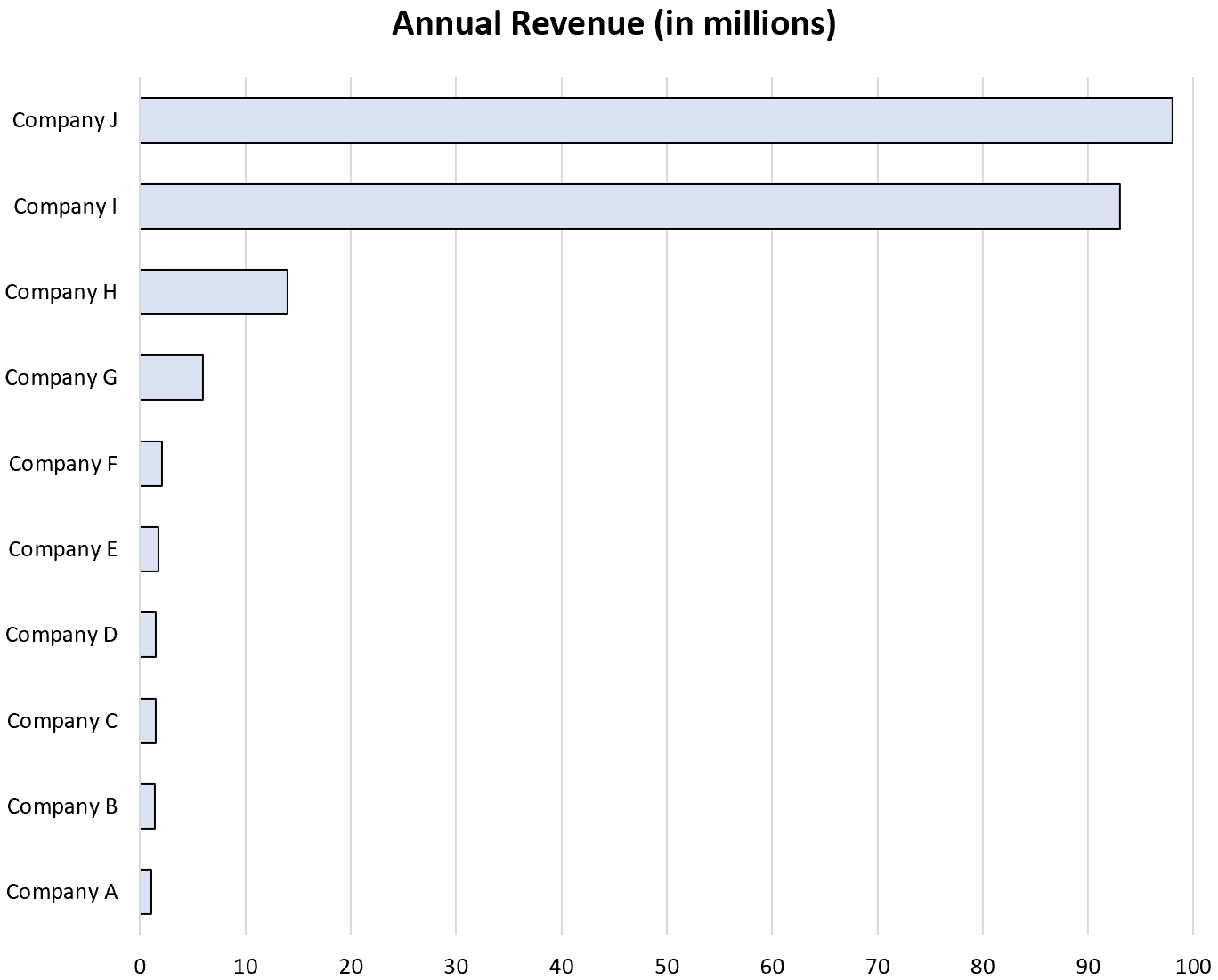 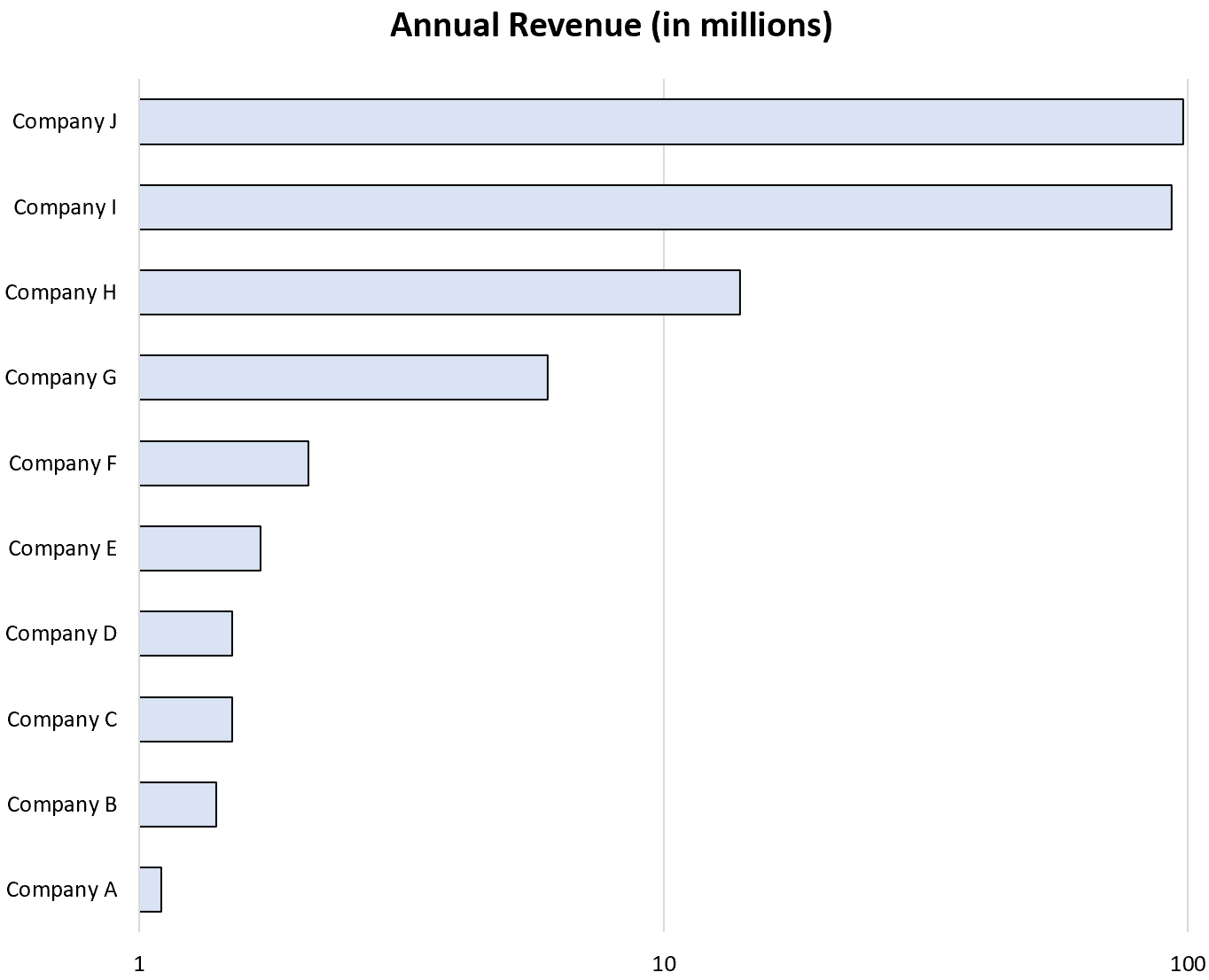 Notice how it’s much easier to differentiate the smaller values using a log scale compared to a linear scale.

Here’s what a line chart of the investment would look like over a 30-year period on a linear scale: 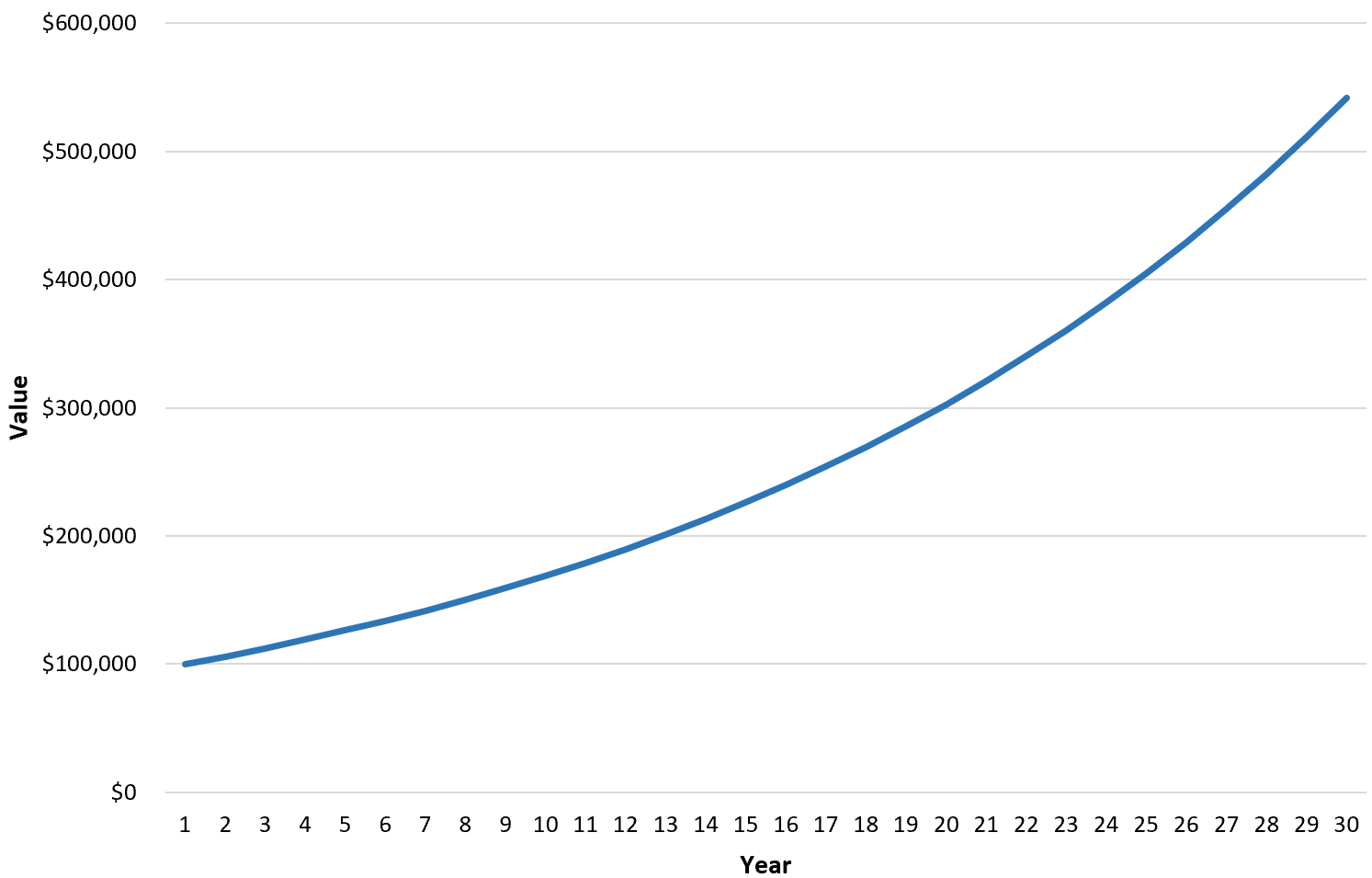 This chart is useful for visualizing how much the investment value changes in raw dollars each year, but suppose we’re more interested in understanding the percentage growth of the investment.

In this case, it would be useful to convert the y-axis to a log scale: 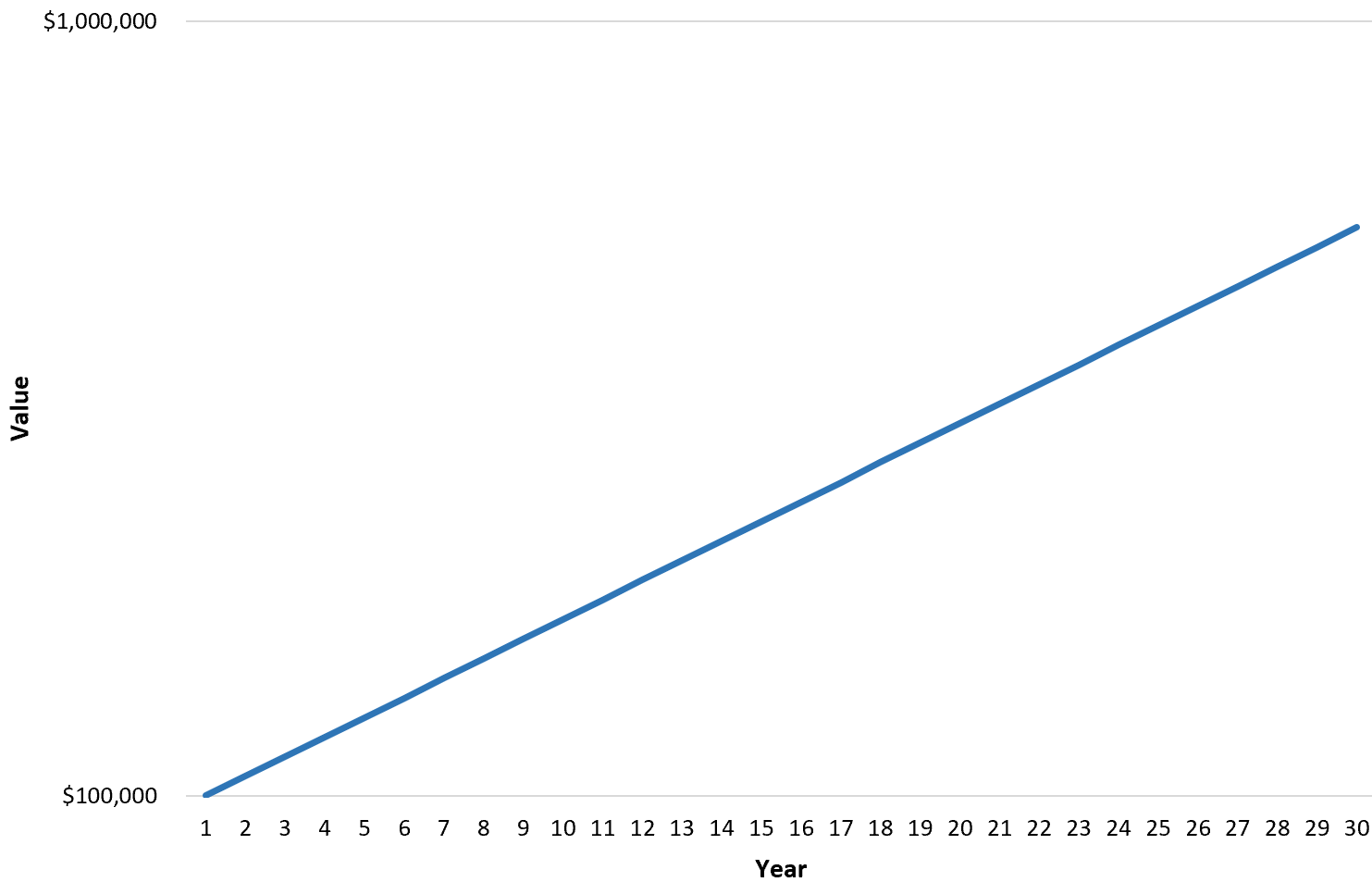 Using this chart, we can see that the percentage change in the investment value has been constant every year during the 30-year period.

The following tutorials explain how to create charts with log scales in various statistical software: