We use three simple steps to create a box plot for any dataset:

We typically create box plots in one of three scenarios:

Scenario 1: To visualize the distribution of values in a dataset.

A box plot allows us to quickly visualize the distribution of values in a dataset and see where the five number summary values are located.

Side-by-side box plots allow us to visualize the differences between two or more distributions and compare the median values and the spread of values between distributions.

In box plots, outliers are typically represented by tiny circles that extend beyond either whisker. An observation is defined to be an outlier if it meets one of the following criteria:

By creating a box plot, we can quickly see whether or not a distribution has any outliers.

The following examples show how we would use a box plot in each scenario.

Scenario 1: Visualize the Distribution of Values in a Dataset

Suppose a basketball coach wants to visualize the distribution of points scored by players on his team so he creates the following box plot: 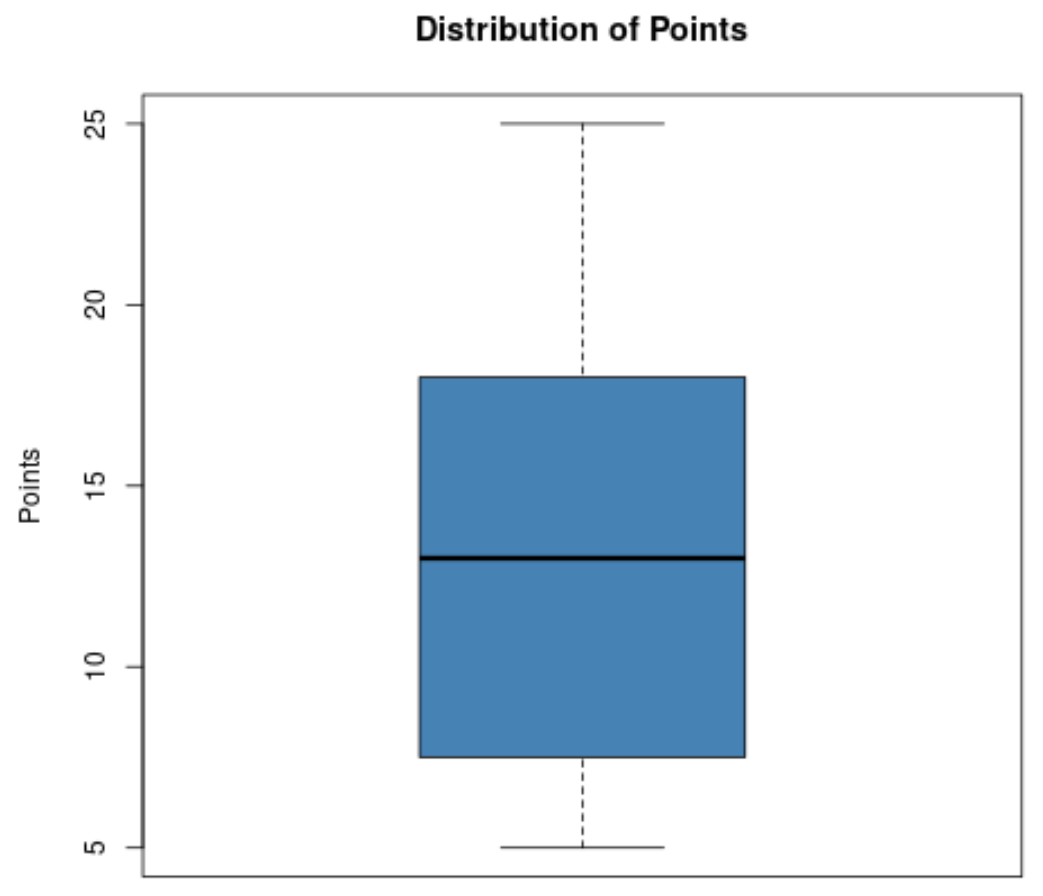 Based on this box plot, he can quickly see the following values:

This allows the coach to quickly see that the points scored by players ranges from 5 to 25, the median points scored is about 13, and 50% of his players score between about 8 and 18 points per game.

Suppose a sports analyst wants to compare the distribution of points scored by basketball players on three different teams so he creates the following box plots: 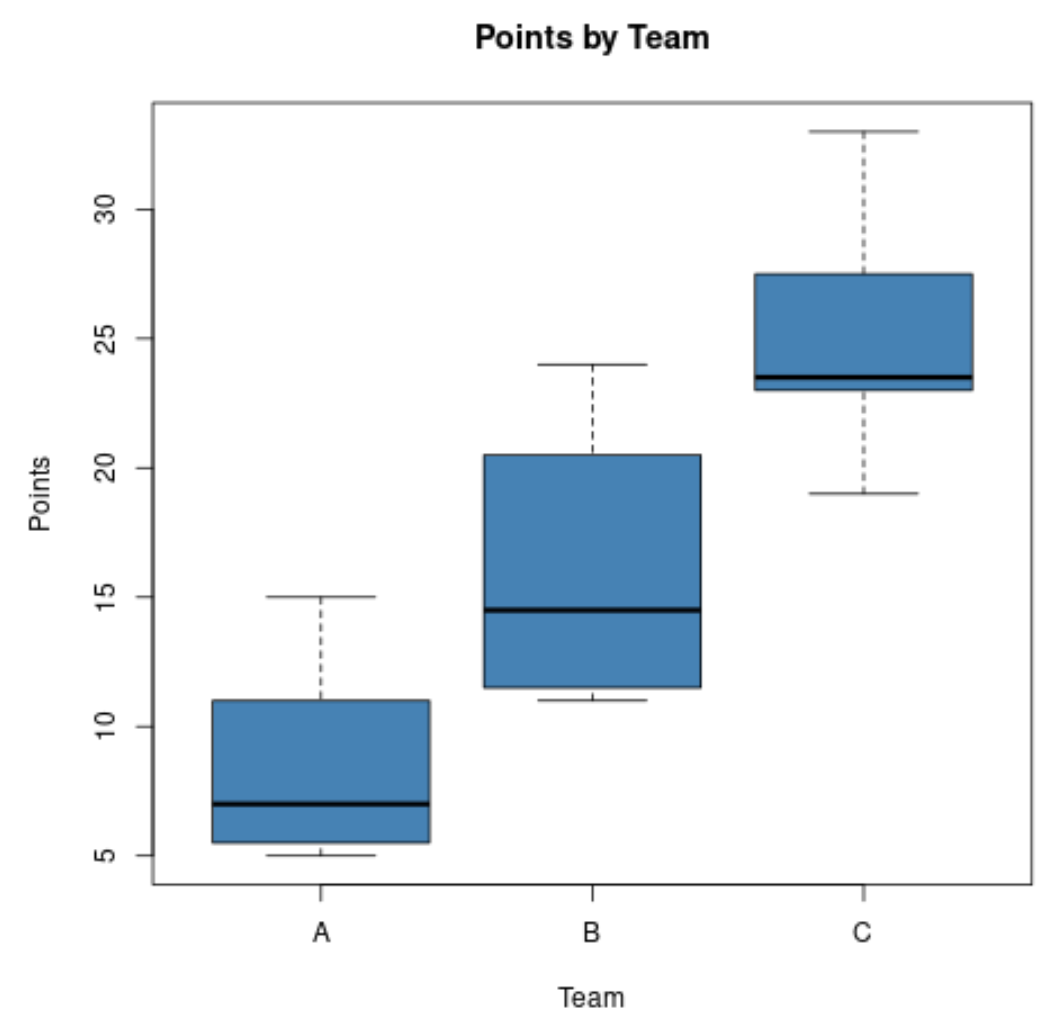 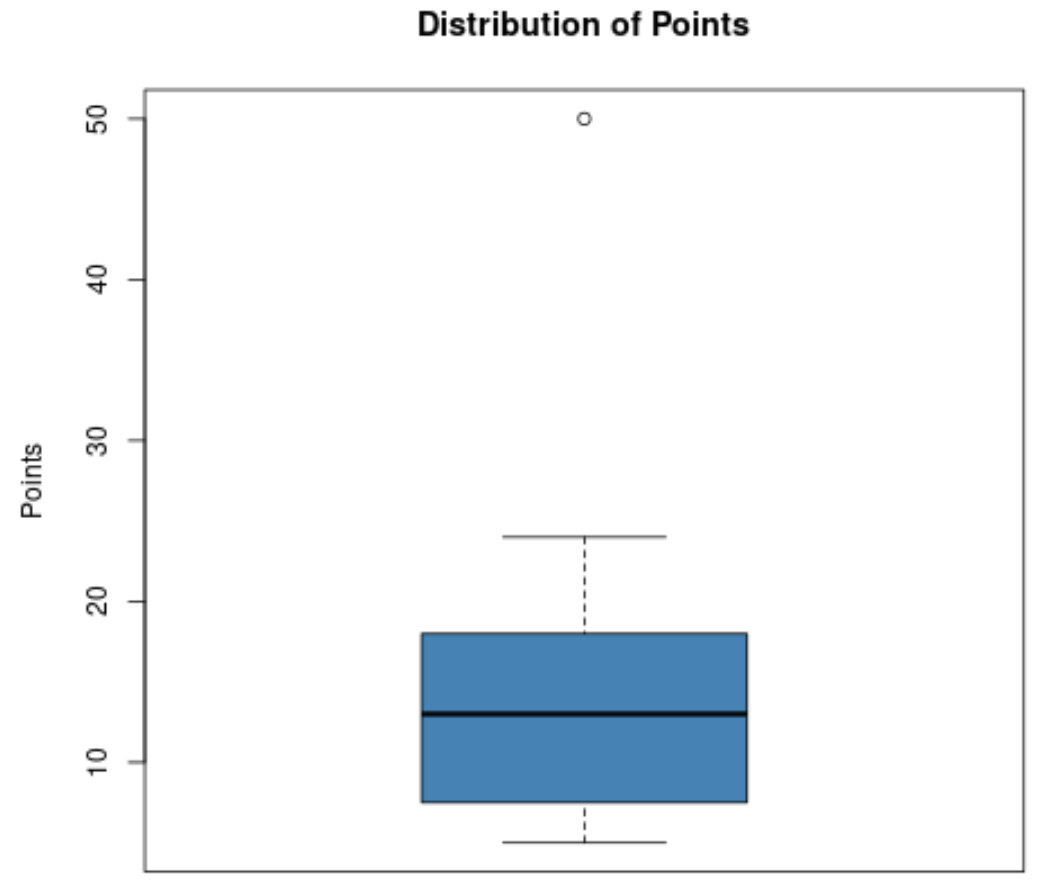 Using this plot, the coach can see that the tiny dot at the top of the plot indicates an outlier.

Specifically, one of the players scored about 50 points which is considered an outlier compared to all of the other points scored.

The following tutorials offer in-depth explanations of how to use box plots in practice:

The following tutorials explain how to create box plots in different statistical software: