In statistics, we’re often interested in understanding how two variables are related to each other. For example, we might want to know:

In each scenario, we’re interested in understanding the relationship between two variables.

It always takes on a value between -1 and 1 where:

Weak positive correlation: When one variable increases, the other variable tends to increase as well, but in a weak or unreliable manner. 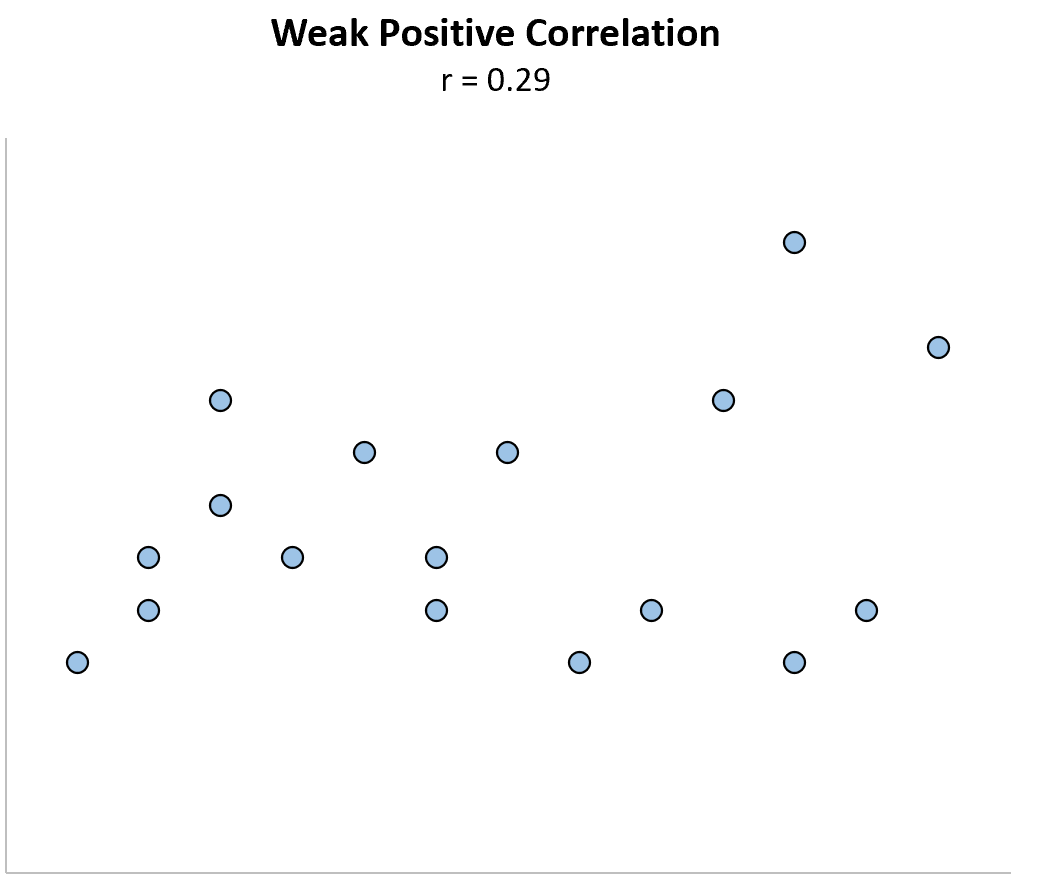 Weak negative correlation: When one variable increases, the other variable tends to decrease, but in a weak or unreliable manner. 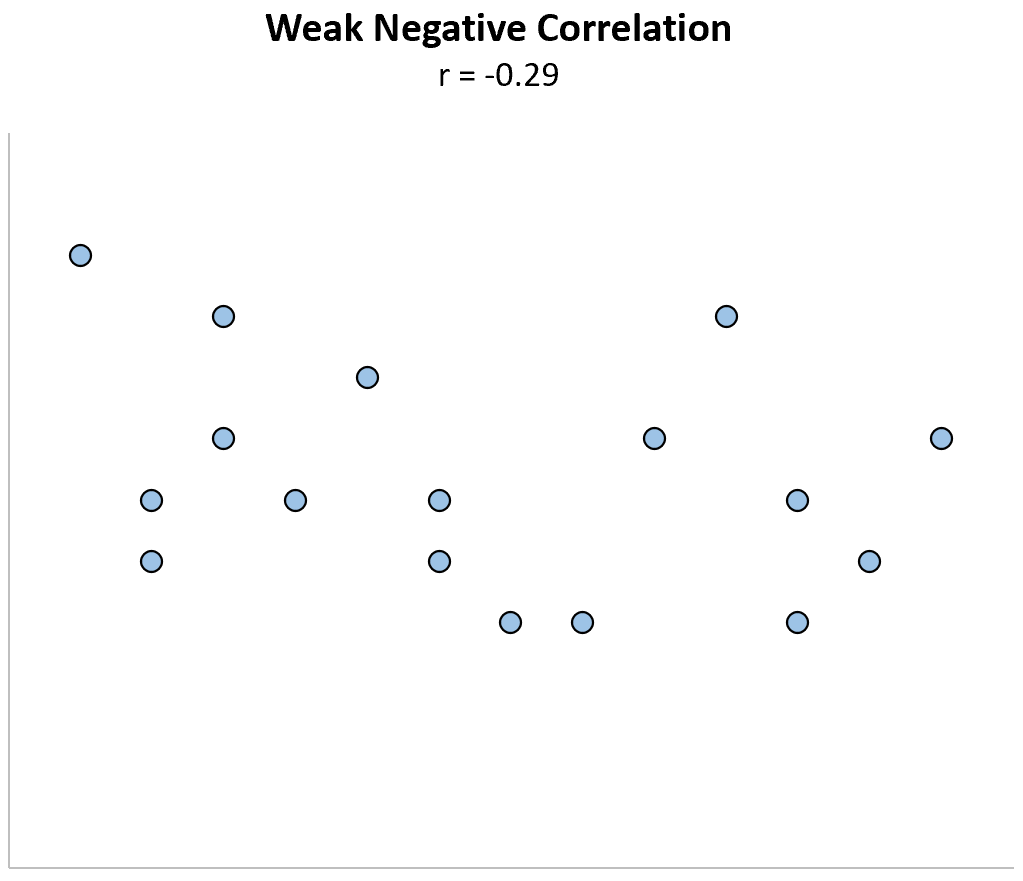 The following table shows the rule of thumb for interpreting the strength of the relationship between two variables based on the value of r:

The correlation between two variables is considered to be weak if the absolute value of r is between 0.25 and 0.5.

However, the definition of a “weak” correlation can vary from one field to the next.

In medical fields the definition of a “weak” relationship is often much lower. If the relationship between taking a certain drug and the reduction in heart attacks is r = 0.2, this might be considered “no relationship” in other fields, but in medicine it’s significant enough that it would be worth taking the drug to reduce the chances of having a heart attack.

In a field like human resources, lower correlations are also used more often. For example, the correlation between college GPA and job performance has been shown to be about r = 0.16. This is fairly low, but it’s large enough that it’s something a company would at least look at during an interview process.

1. Scatterplots can help you identify outliers that affect the correlation coefficient. 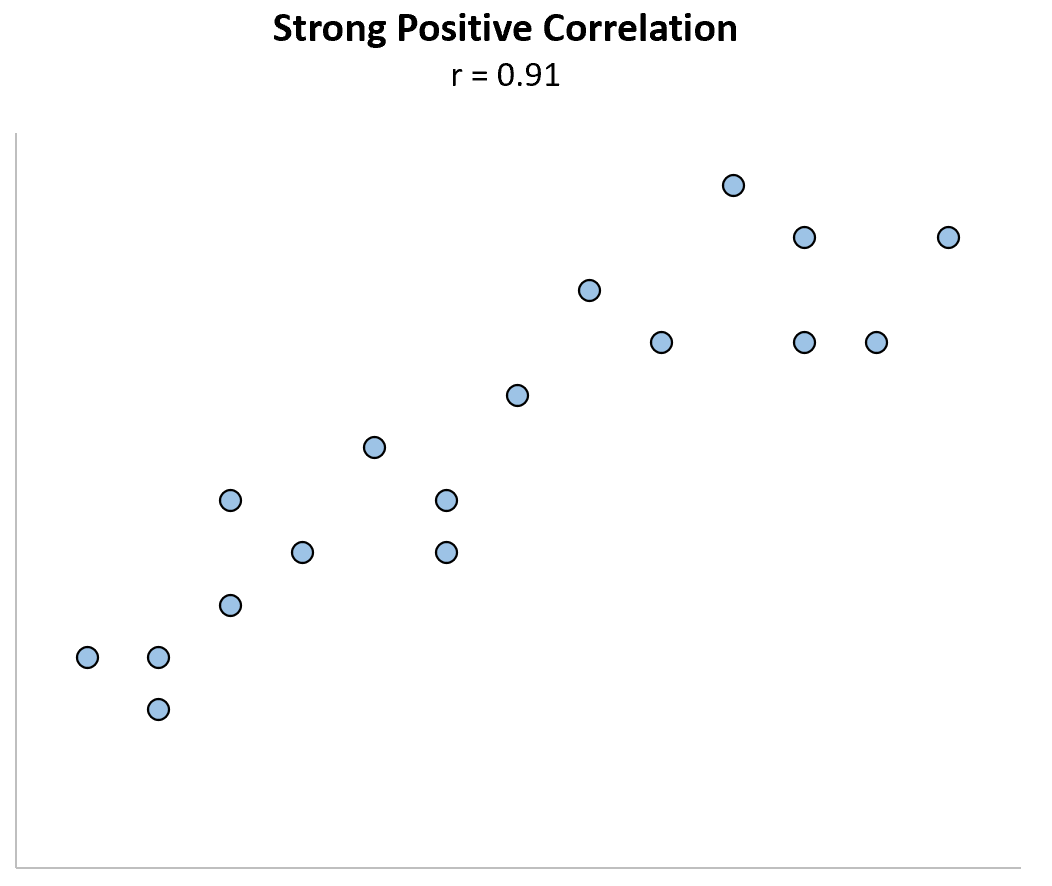 Now imagine that the we modify the first data point to be much larger. The correlation coefficient suddenly becomes r = 0.29. 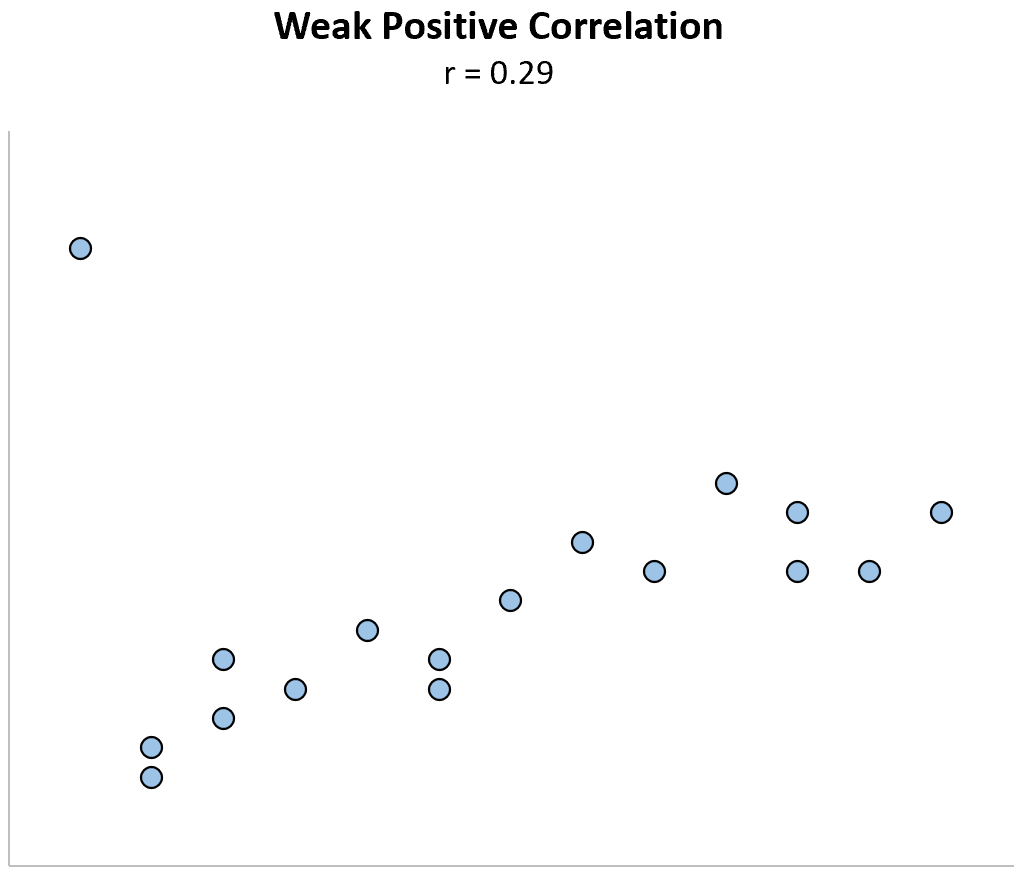 (2) Scatterplots can help you identify nonlinear relationships between variables.

For example, consider the scatterplot below between variables X and Y, in which their correlation is r = 0.00. 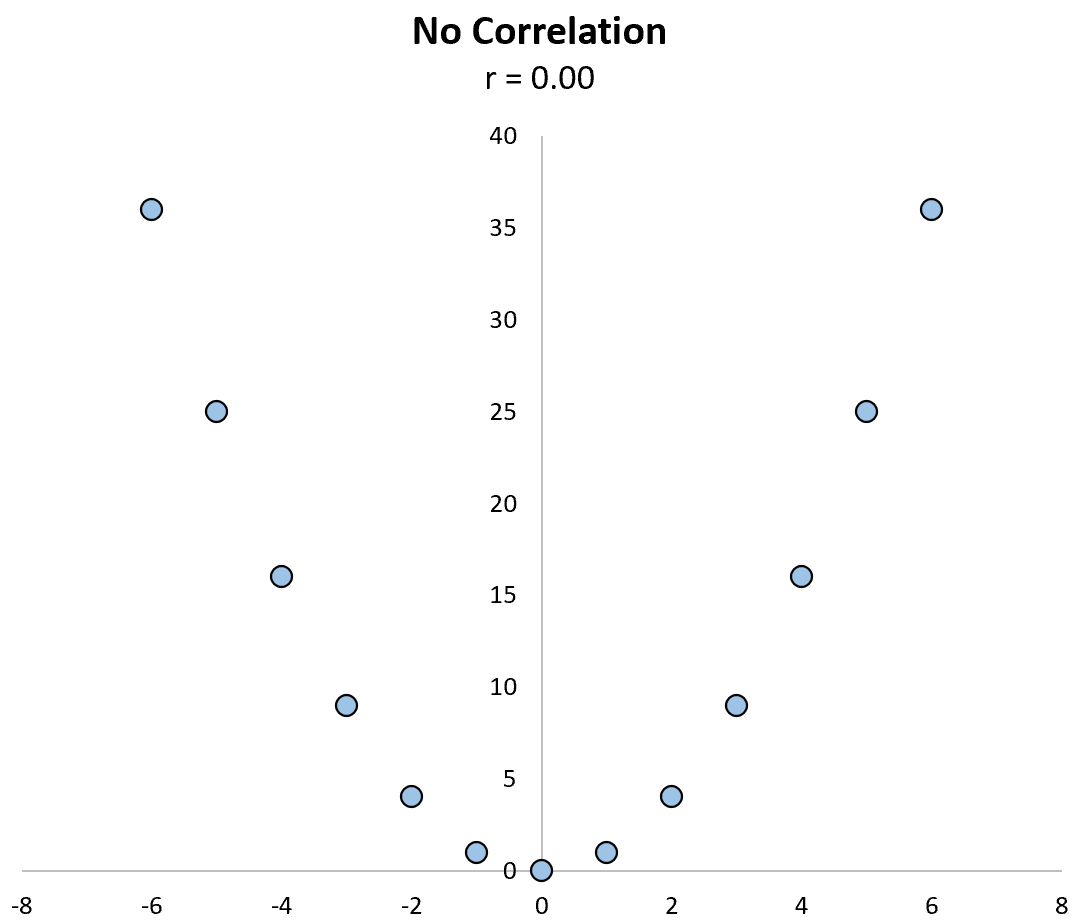 A correlation coefficient by itself couldn’t pick up on this relationship, but a scatterplot could.

1. As a rule of thumb, a correlation coefficient between 0.25 and 0.5 is considered to be a “weak” correlation between two variables.

2. This rule of thumb can vary from field to field. For example, a much lower correlation could be considered weak in a medical field compared to a technology field. Be sure to use subject matter expertise when deciding what is considered to be a weak correlation.

3.When using a correlation coefficient to describe the relationship between two variables, it’s useful to create a scatterplot as well so you can identify any outliers in the dataset along with a potential nonlinear relationship.

What is Considered to Be a “Strong” Correlation?
Correlation Matrix Calculator
Correlation vs. Association: What’s the Difference?