In statistics, we’re often interested in understanding how two variables are related to each other. For example, we might want to know:

In each of these scenarios, we’re trying to understand the relationship between two different variables.

The following table shows the rule of thumb for interpreting the strength of the relationship between two variables based on the value of r:

The correlation between two variables is considered to be strong if the absolute value of r is greater than 0.75. However, the definition of a “strong” correlation can vary from one field to the next.

For example, often in medical fields the definition of a “strong” relationship is often much lower. If the relationship between taking a certain drug and the reduction in heart attacks is r = 0.3, this might be considered a “weak positive” relationship in other fields, but in medicine it’s significant enough that it would be worth taking the drug to reduce the chances of having a heart attack.

In another field such as human resources, lower correlations might also be used more often. For example, the correlation between college grades and job performance has been shown to be about r = 0.16. This is fairly low, but it’s large enough that it’s something a company would at least look at during an interview process.

And in a field like technology, the correlation between variables might need to be much higher in some cases to be considered “strong.” For example, if a company creates a self-driving car and the correlation between the car’s turning decisions and the probability of getting in a wreck is r = 0.95, this is likely too low for the car to be considered safe since the result of making the wrong decision can be fatal.

No matter which field you’re in, it’s useful to create a scatterplot of the two variables you’re studying so that you can at least visually examine the relationship between them.

For example, suppose we have the following dataset that shows the height an weight of 12 individuals: 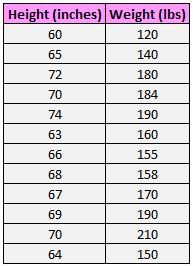 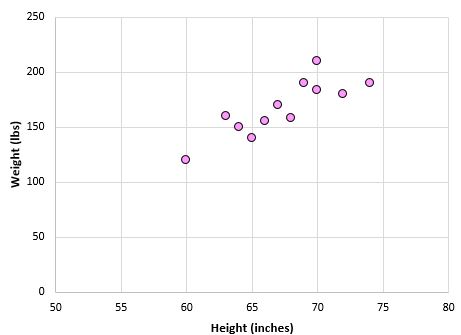 Clearly there is a positive relationship between the two variables.

Creating a scatterplot is a good idea for two more reasons:

(1) A scatterplot allows you to identify outliers that are impacting the correlation. 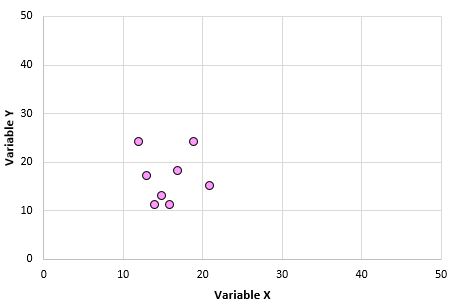 But now imagine that we have one outlier in the dataset: 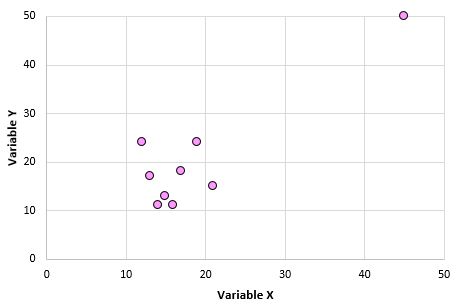 This outlier causes the correlation to be r = 0.878. This single data point completely changes the correlation and makes it seem as if there is a strong relationship between variables X and Y, when there really isn’t.

(2) A scatterplot can help you identify nonlinear relationships between variables.

For example, consider the scatterplot below between variables X and Y, in which their correlation is r = 0.00. 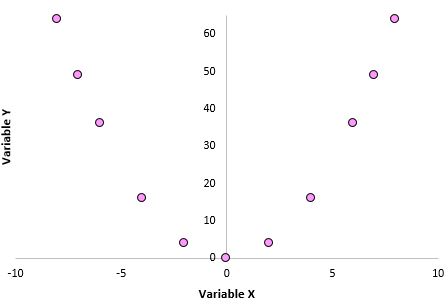