Welch’s t-test is used to compare the means between two independent groups when it is not assumed that the two groups have equal variances.

This tutorial explains how to perform a Welch’s t-test in SAS.

The following lists show the exam scores for the students in each group:

Use the following steps to perform Welch’s t-test to determine if the mean exam score is equal between the two groups.

First, we’ll use the following code to create the dataset in SAS:

Next, we’ll use proc ttest to perform Welch’s t-test: 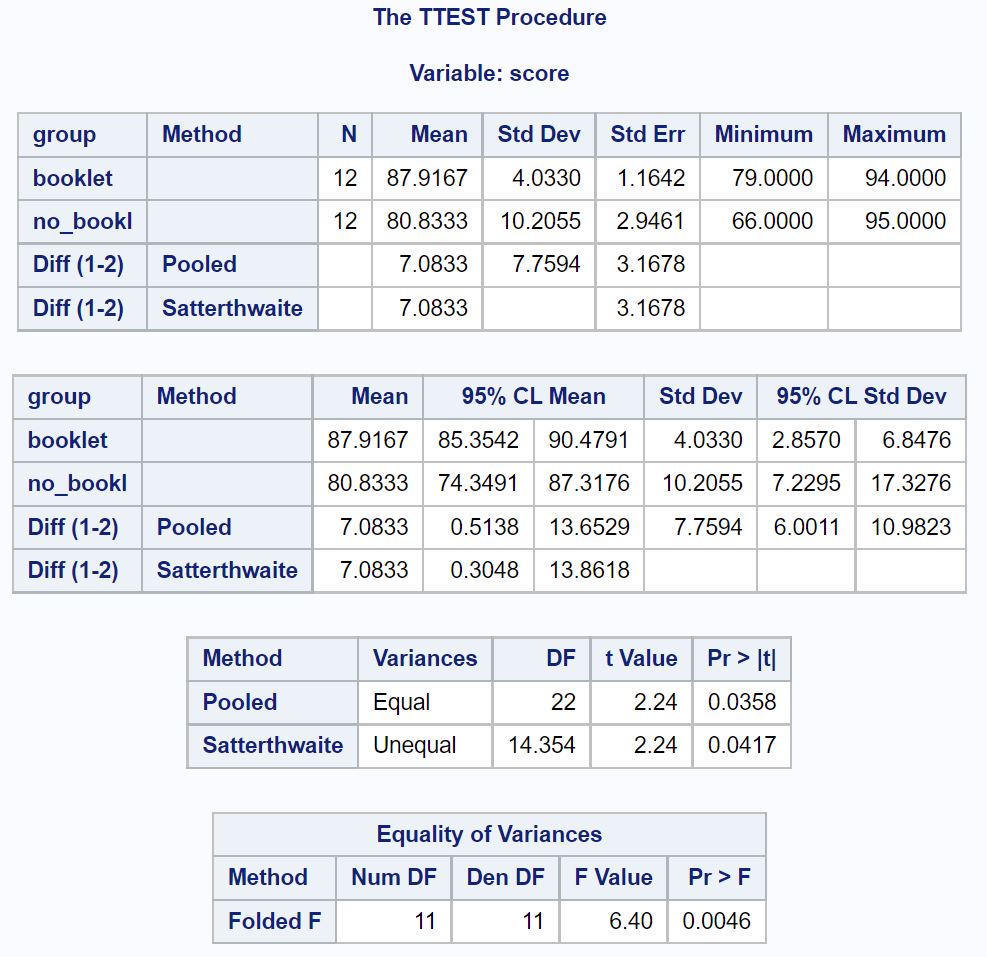 The last table titled Equality of Variances performs an F-test to determine if the variances are equal between the two samples.

This F-test uses the following null and alternative hypotheses:

Since the p-value (.0046) of this test is less than .05, we reject the null hypothesis. This means the two sample variances are not equal.

Thus, we must refer to the row titled Unequal in the second to last table to determine the t value and corresponding p-value to use:

This means we have sufficient evidence to say that the mean exam score between the two groups is not equal.