There are three different functions you can use to calculate variance in Excel:

This function uses the following formula:

2. VAR.S: This function calculates the sample variance. Use this function when the range of values represents a sample of values, rather than an entire population.

This function uses the following formula:

3. VAR: This function calculates the sample variance as well. It will return the exact same value as the VAR.S function.

However, when we only have a sample of the population then we have more uncertainty around the exact variance of the overall population, so our estimate for the variance needs to be larger.

The following example shows how to use these functions in practice. 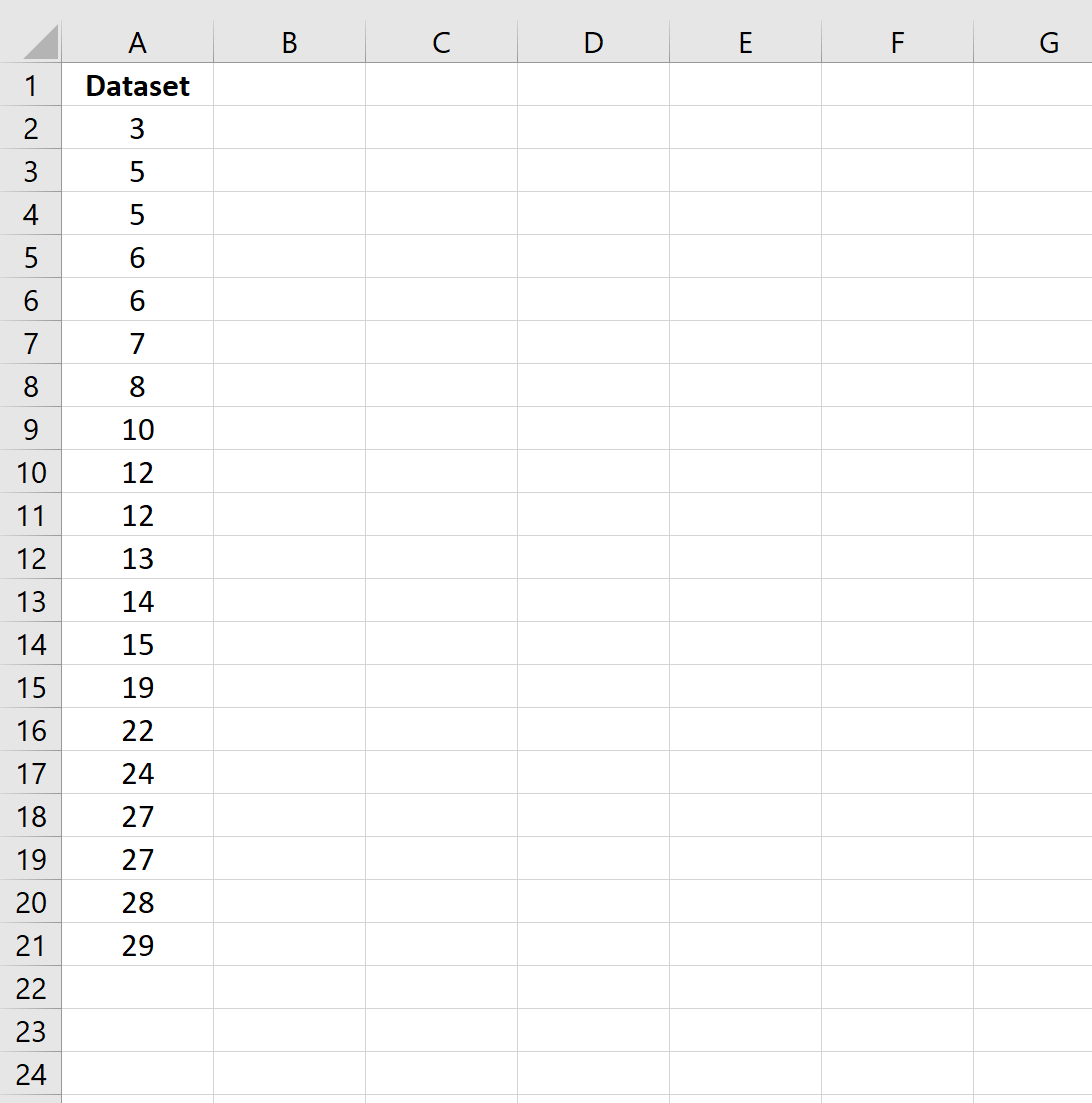 The following screenshot shows how to calculate the variance for the dataset using the three different variance formulas: 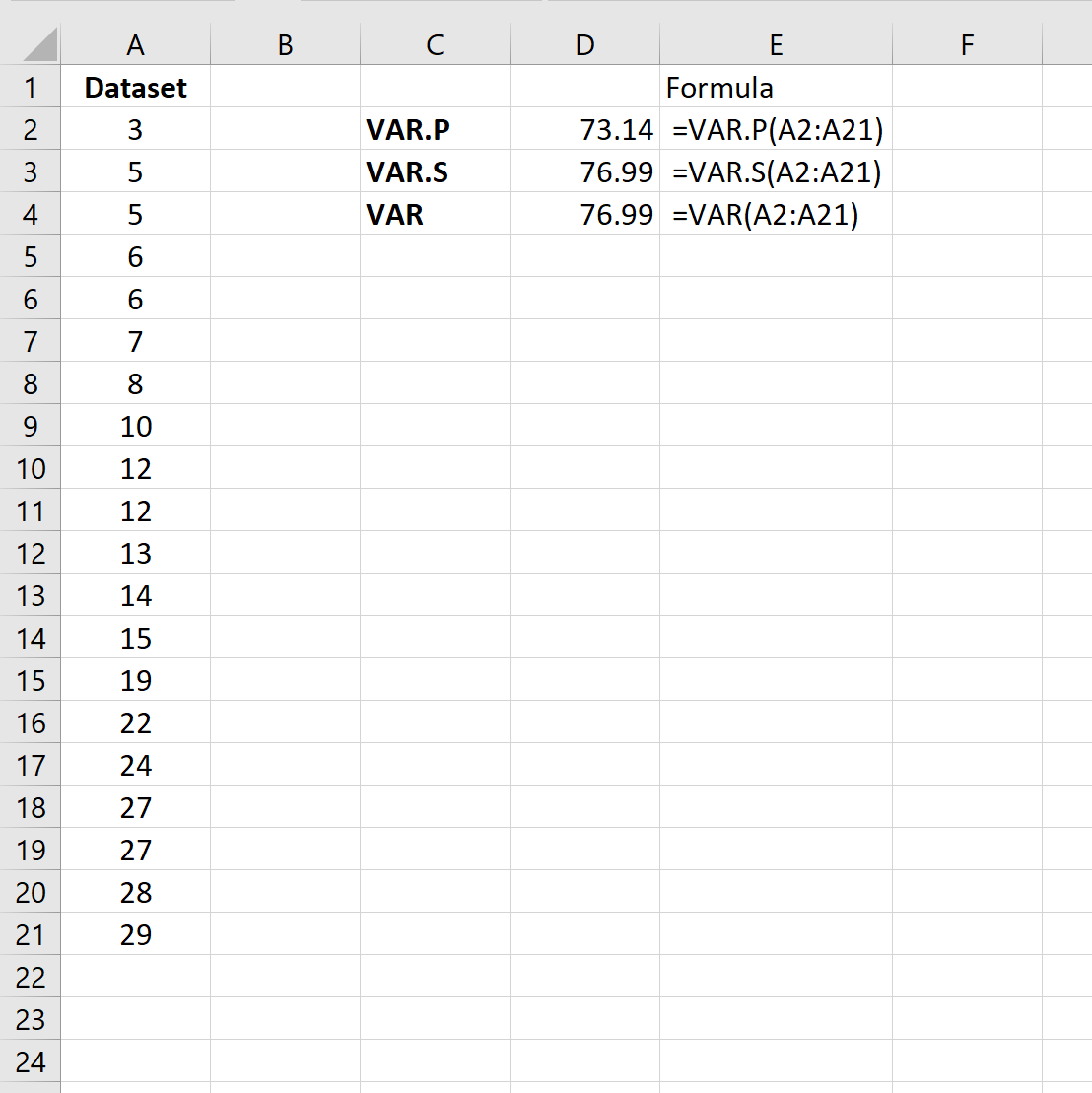 As mentioned earlier, the population variance will always be smaller than the sample variance.

Thus, we almost always use VAR.S to calculate the variance of a dataset because our dataset typically represents a sample.

Note that VAR and VAR.S return the exact same values, so we can use either function to calculate the sample variance of a given dataset.