A variance ratio test is used to test whether or not two population variances are equal.

This test uses the following null and alternative hypotheses:

To perform this test, we calculate the following test statistic:

If the p-value that corresponds to this F test-statistic is less than a certain threshold (e.g. 0.05) then we reject the null hypothesis and conclude that the population variance are not equal.

The following step-by-step example shows how to perform a variance ratio test in Excel.

Suppose we want to know if two different species of plants have the same variance in height.

To test this, we collect a simple random sample of 15 plants from each species.

First, we’ll enter the heights for each species: 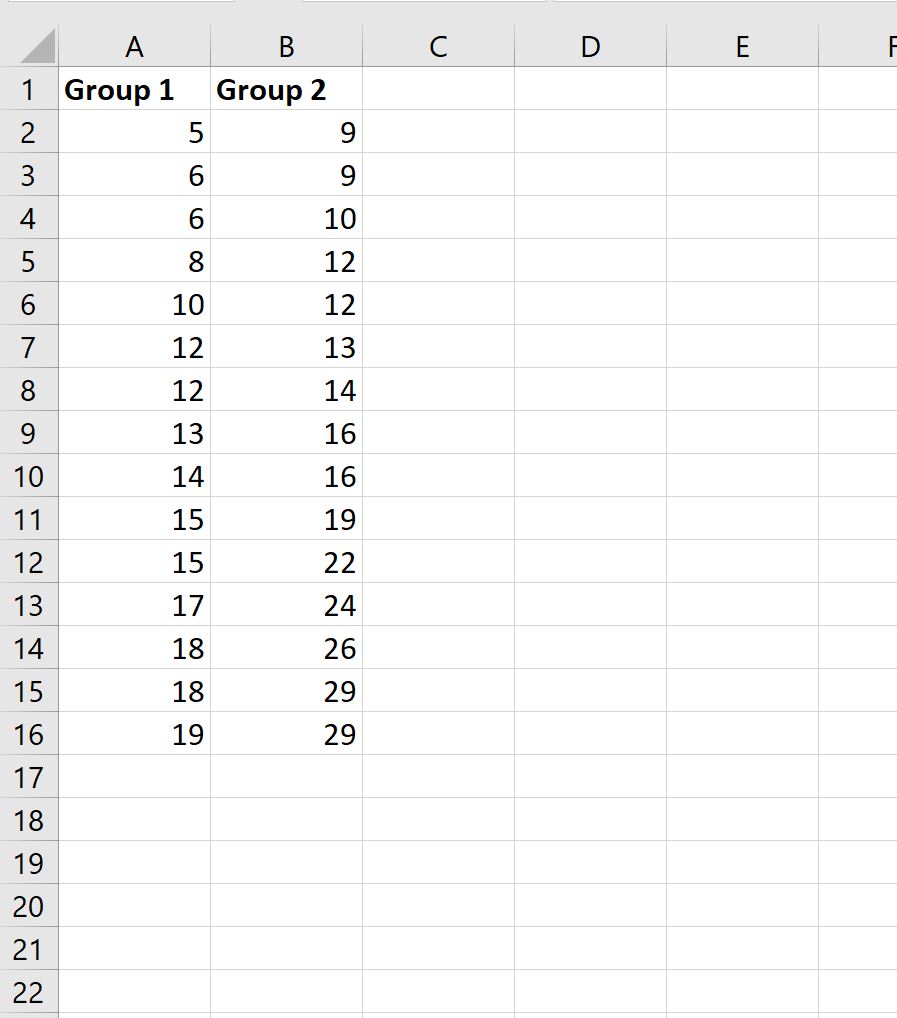 Next, we’ll type the following formula into cell E1 to calculate the F test-statistic: 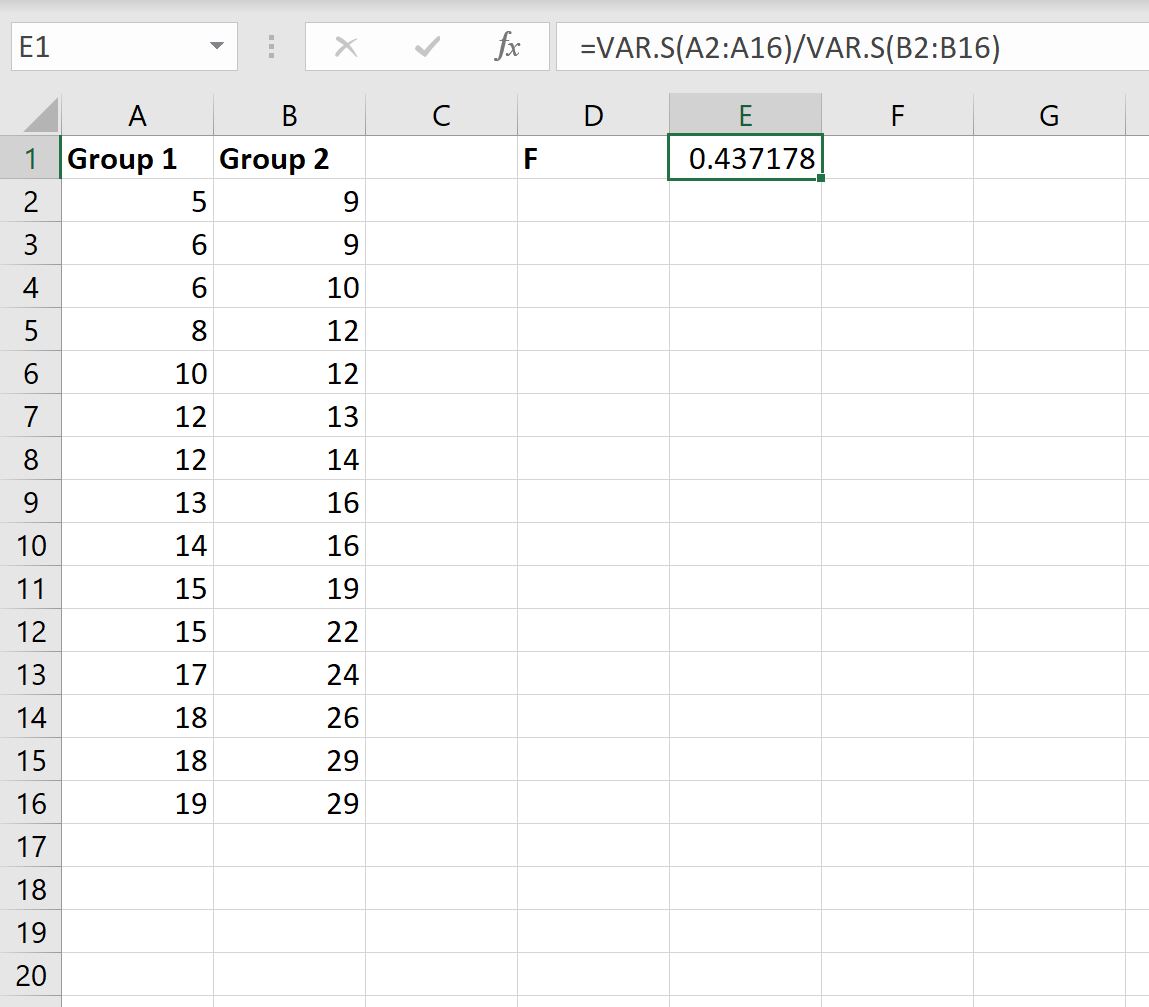 Next, we’ll type the following formula into cell E2 to calculate the p-value that corresponds to the F test-statistic: 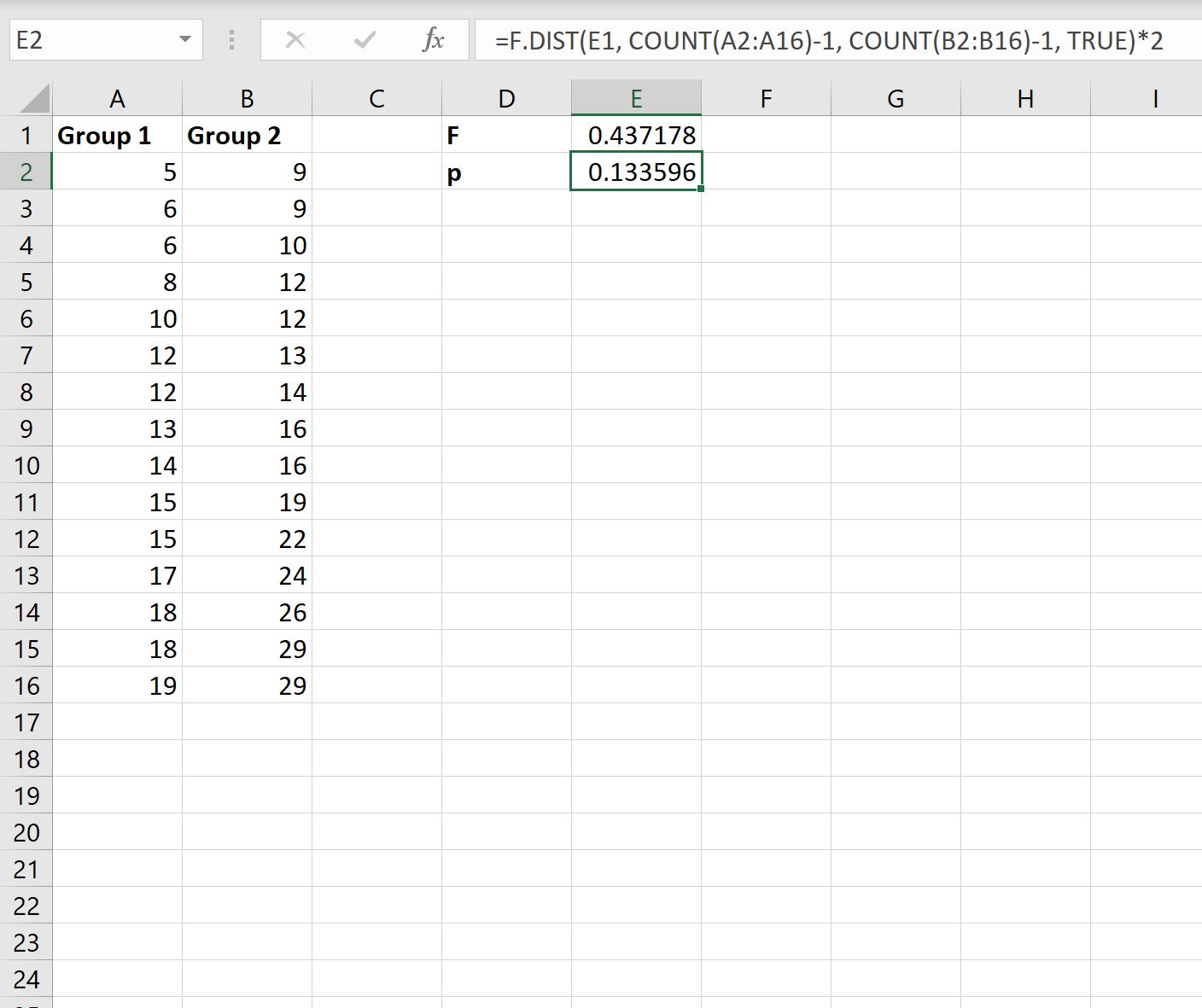 Note: In the formula, we multiplied by 2 at the end to produce a two-tailed p-value.

Recall the null and alternative hypotheses for this test:

This means we do not have sufficient evidence to conclude that the variance in plant height between the two species is unequal.