An observation that lies above the upper fence or below the lower fence is often considered to be an outlier.

We can use the following steps to calculate the upper and lower fence of the dataset:

The interquartile range represents the difference between Q3 and Q1, which is calculated as:

We can use the following formulas to calculate the upper and lower fences:

We can also create a boxplot to visualize our distribution of data values along with the upper and lower fences: 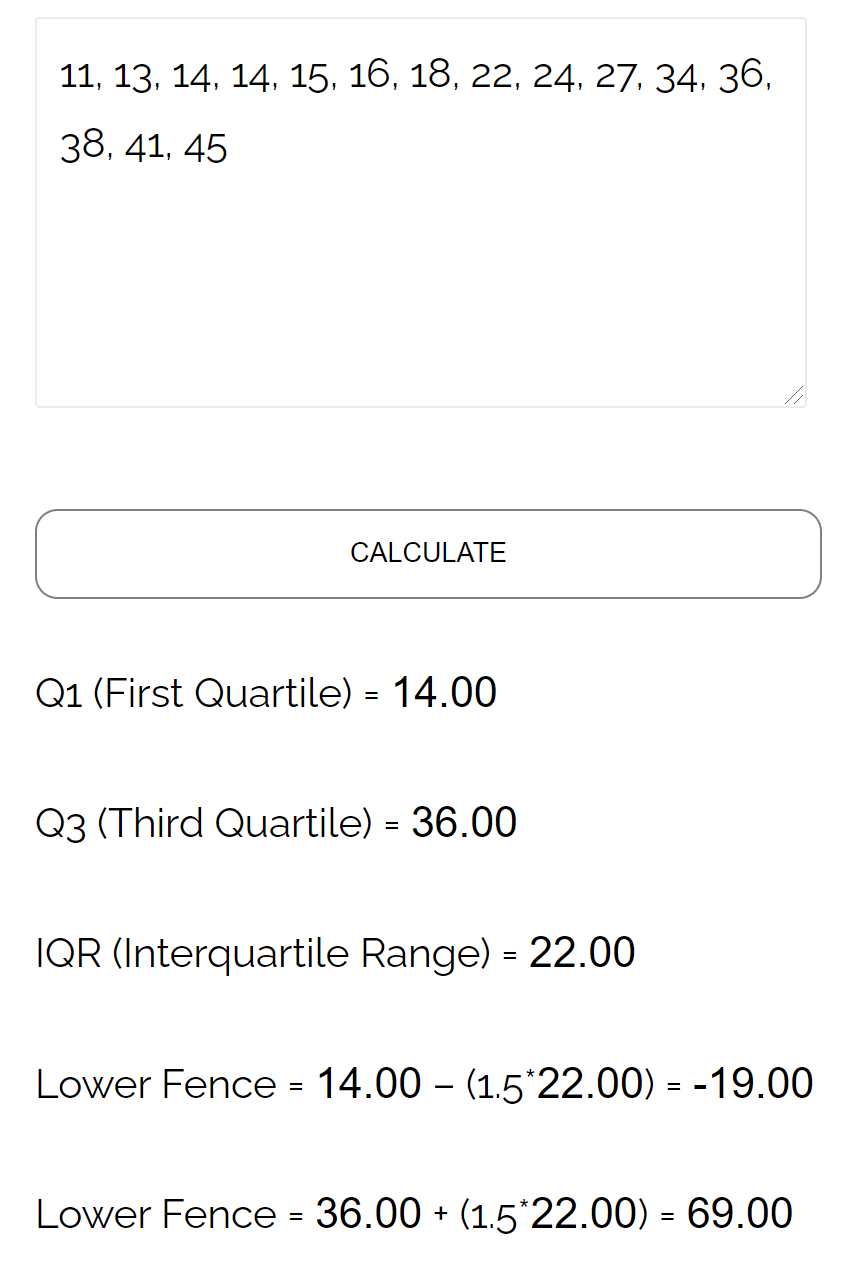 You can find more helpful statistics calculators on this page.