The term univariate analysis refers to the analysis of one variable. You can remember this by knowing that the prefix “uni” means “one.”

Measures of central tendency: Numbers that describe the center of a dataset. Examples include:

Measures of dispersion: Numbers that describe the spread of values in a dataset. Examples include:

The following example explains how to perform univariate analysis in Excel.

Suppose we have the following dataset in Excel that shows the points, assists, and rebounds for 20 different basketball players: 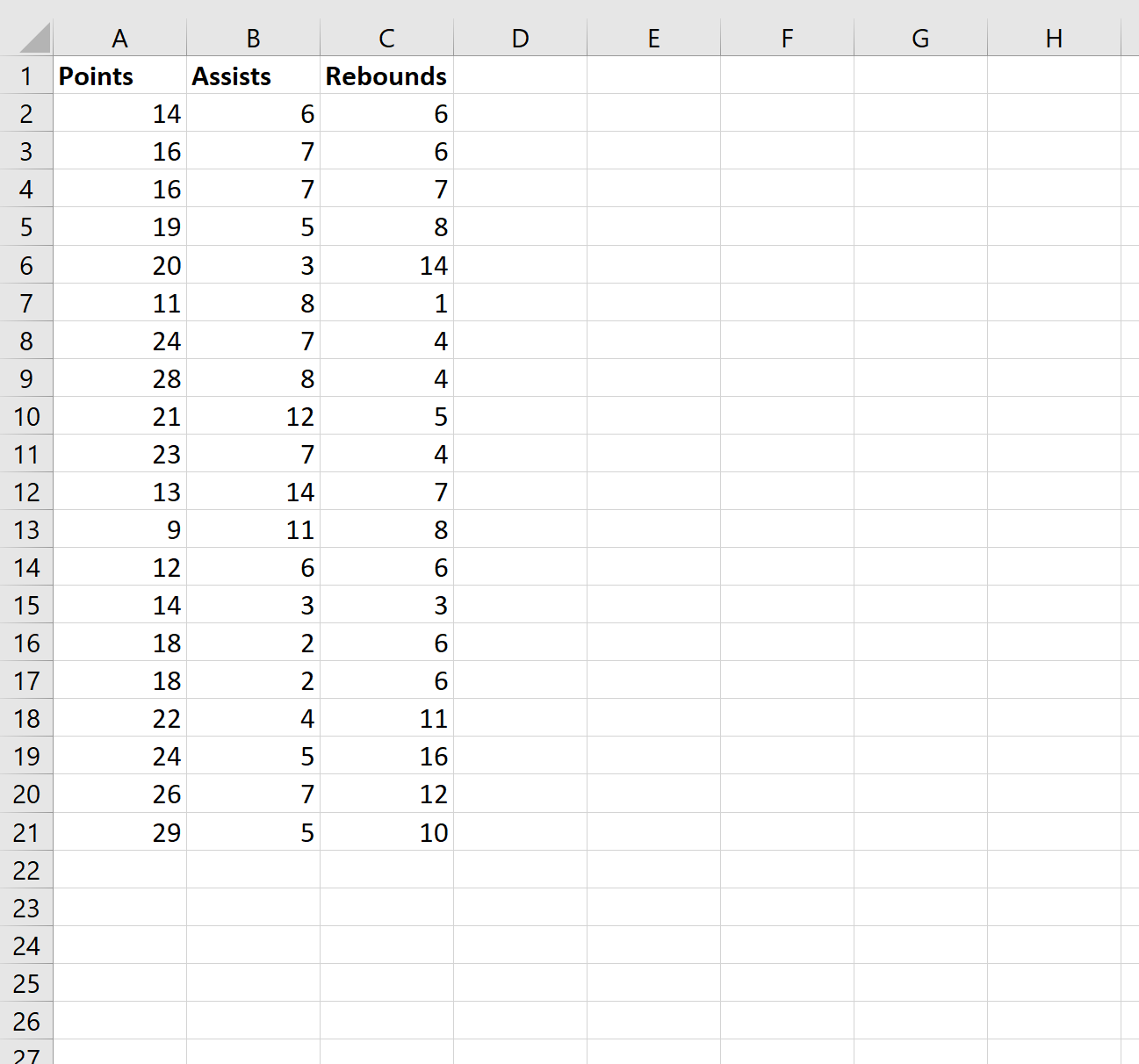 Now suppose that we’d like to perform univariate analysis on the values in the “Points” column.

We can use the following formulas to calculate various summary statistics for the “Points” variable: 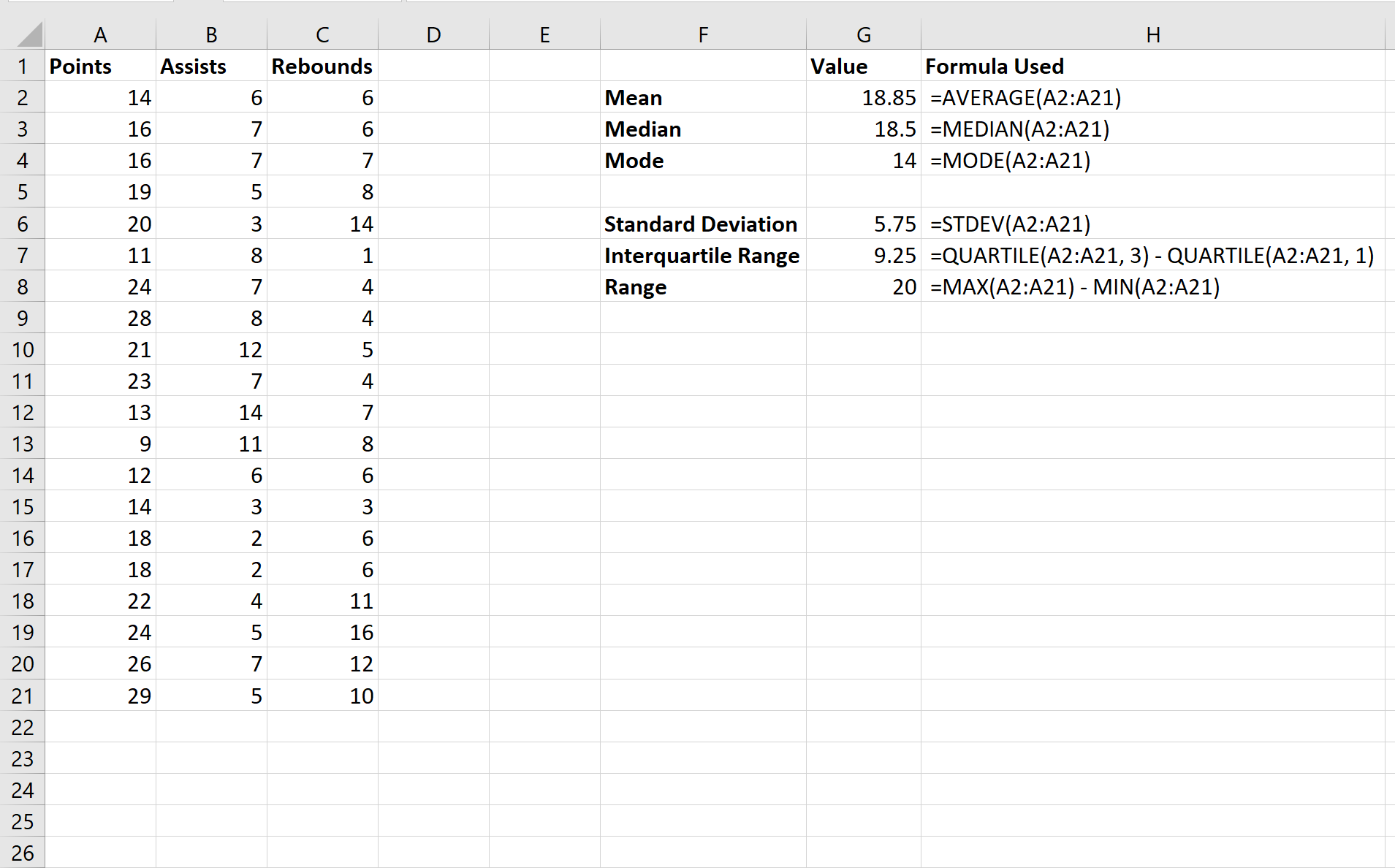 Here’s how to interpret these values for the “Points” variable:

By knowing just these summary statistics, we can know a great deal about the distribution of values in the dataset.

The following tutorials offer in-depth explanations of both univariate and bivariate analysis: