A two-way ANOVA (“analysis of variance”) is used to determine whether or not there is a statistically significant difference between the means of three or more independent groups that have been split on two factors.

This tutorial explains how to perform a two-way ANOVA in Excel. 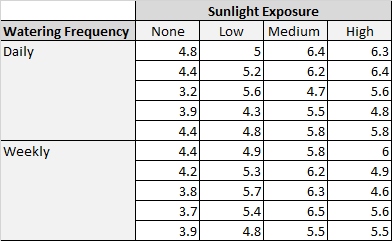 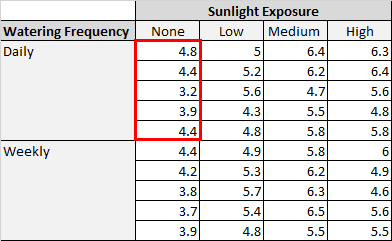 We can use the following steps to perform a two-way ANOVA on this data:

If you don’t see this as an option, you need to first load the free Data Analysis Toolpak.

Select the option that says Anova: Two-Factor With Replication, then click OK. 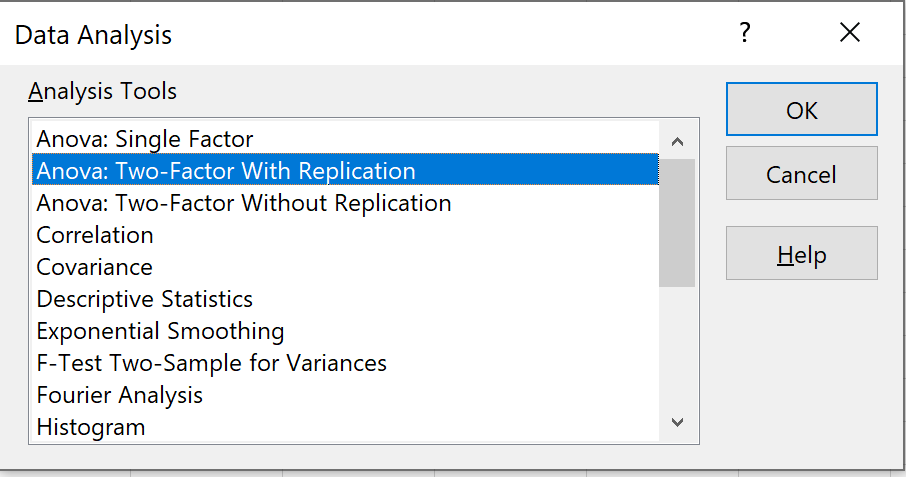 In this context, “replication” refers to having multiple observations in each group. For example, there were multiple plants that were grown with no sunlight exposure and daily watering. If instead we only grew one plant under each combination of conditions, we would use “without replication”  but our sample size would be much smaller.

3. Fill in the necessary values.

Next, fill in the following values: 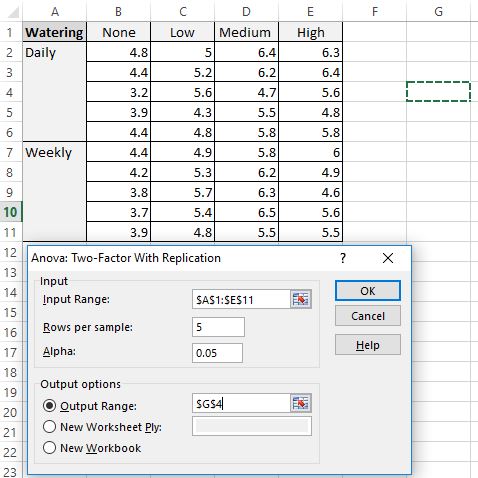 Once we click OK, the output of the two-way ANOVA will appear: 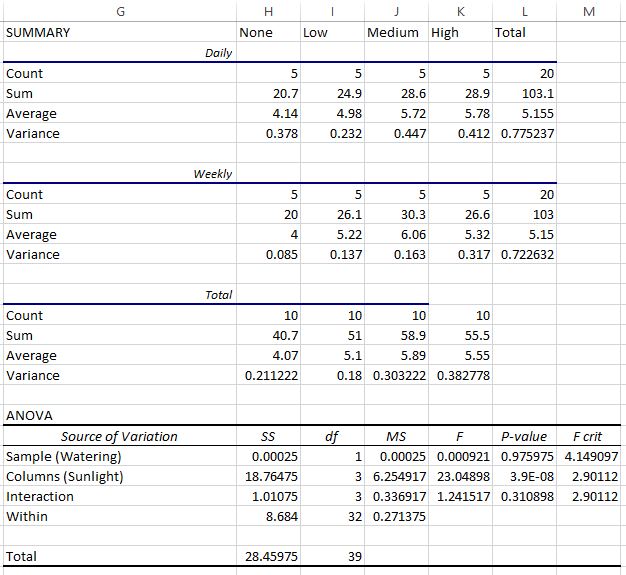 The first three tables show summary statistics for each group. For example:

The last table shows the result of the two-way ANOVA. We can observe the following: