This tutorial explains how to conduct a two sample t-test in SPSS.

The following screenshot shows the mpg for each car along with the group they belong to (0 = no fuel treatment, 1 = fuel treatment): 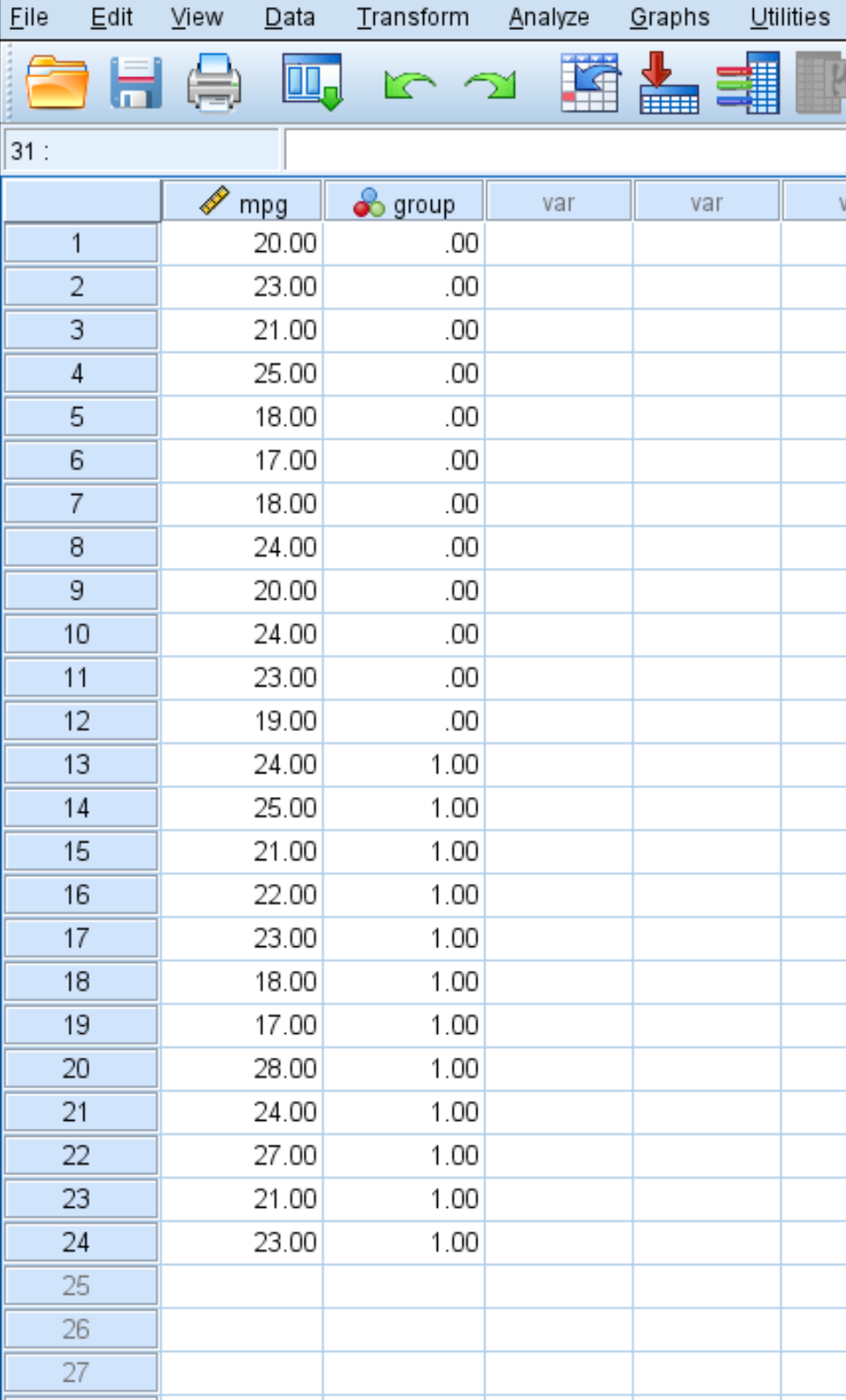 Use the following steps to perform a two sample t-test to determine if there is a difference in average mpg between these two groups, based on the following null and alternative hypotheses: 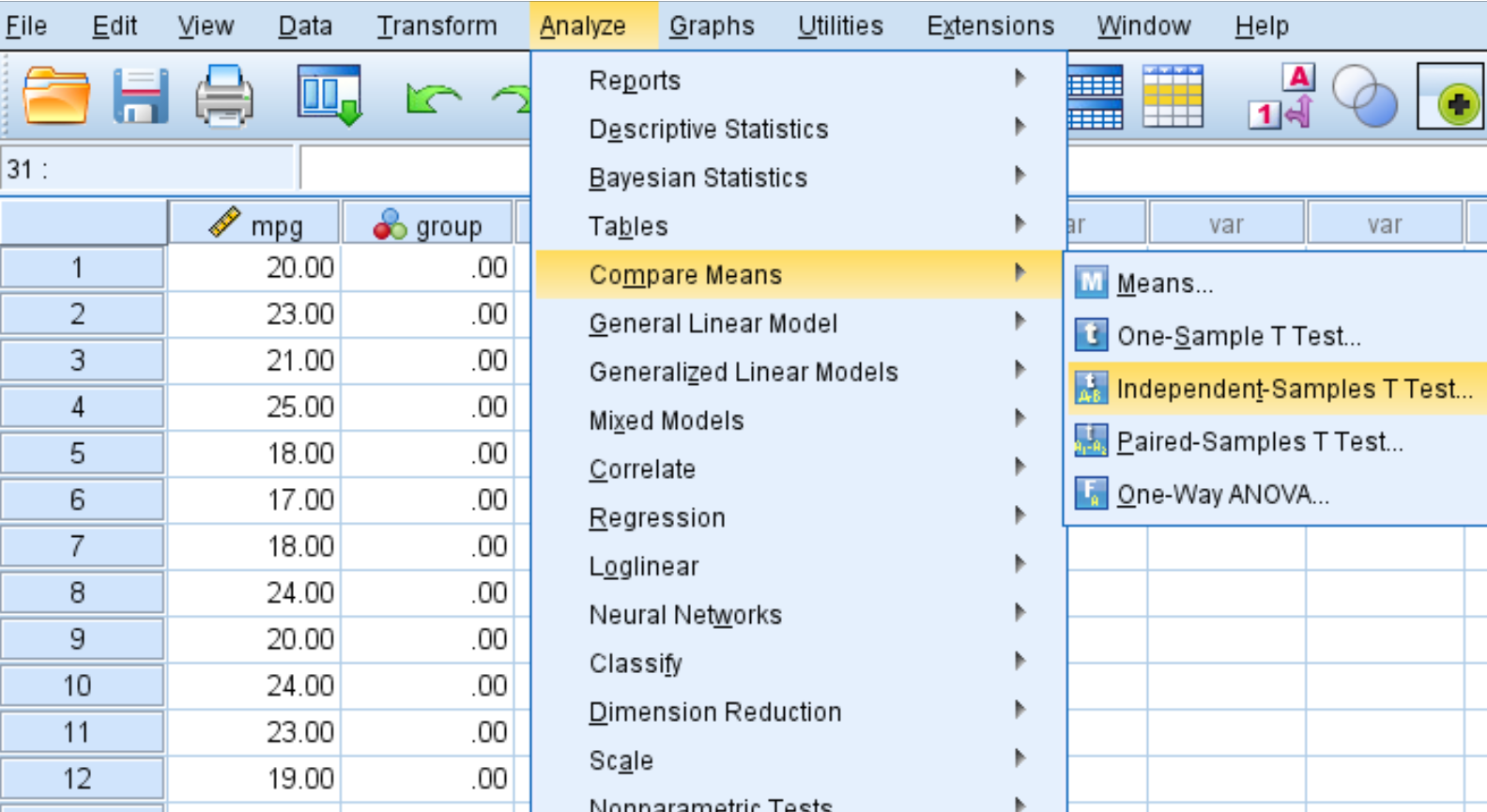 Step 2: Fill in the necessary values to perform the two sample t-test.

Once you click Independent-Samples T Test, the following window will appear: 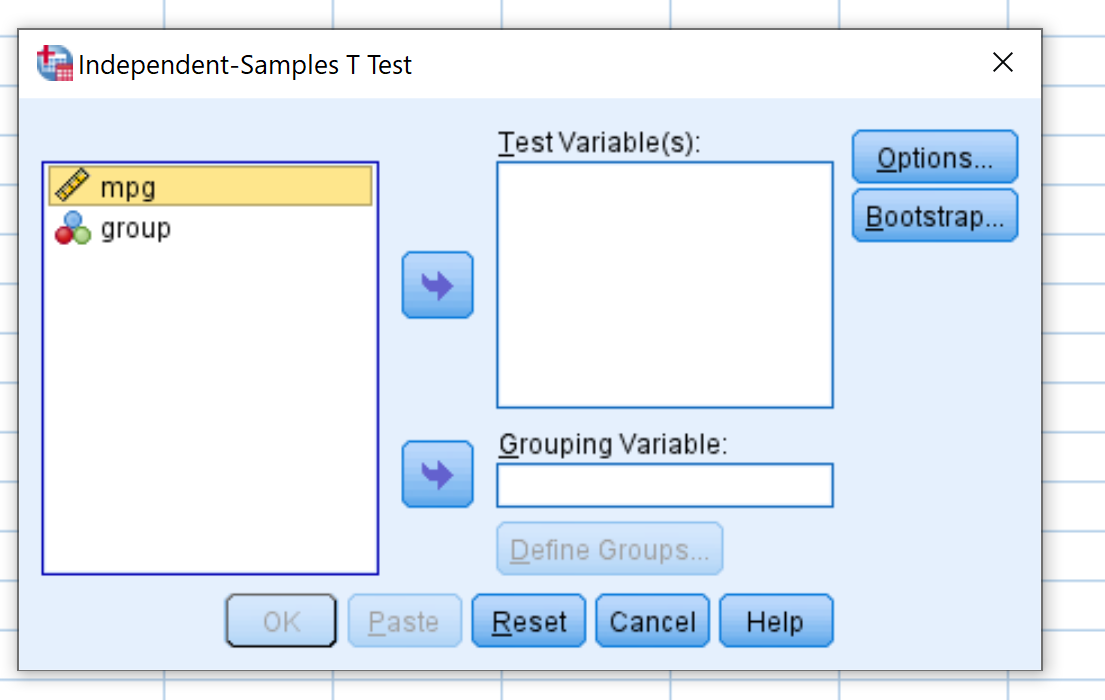 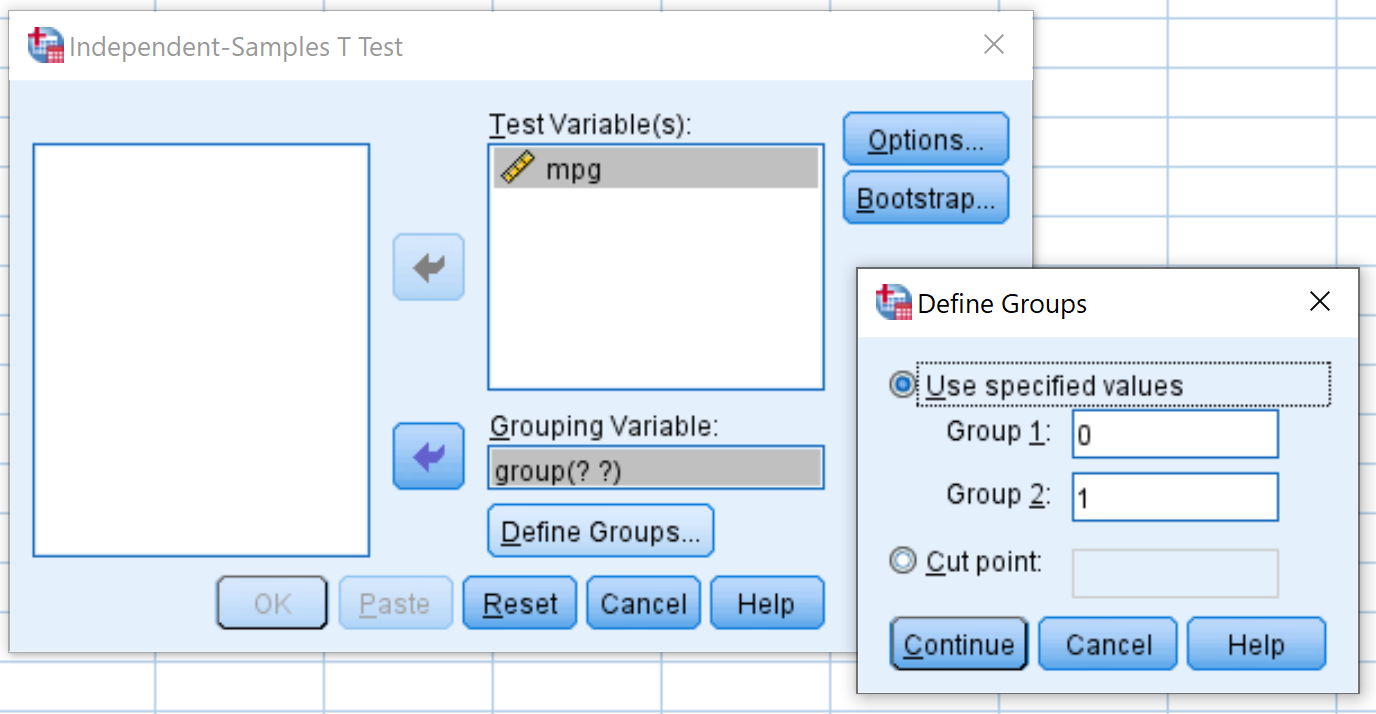 Once you click OK, the results of the two sample t-test will be displayed:

The first table displays the following summary statistics for both groups:

In this case, the two versions of the test produce nearly identical results. Thus, we will simply refer to the results of the first row:

Since the p-value of the test (.167) is not less than 0.05, we fail to reject the null hypothesis. We do not have sufficient evidence to say that the true mean mpg is different between cars that receive treatment and cars that don’t.