One of the most commonly used post hoc tests is Tukey’s Test, which allows us to make pairwise comparisons between the means of each group while controlling for the family-wise error rate.

This tutorial explains how to perform Tukey’s Test in R.

Note: If one of the groups in your study is considered a control group, you should instead use Dunnett’s Test as the post-hoc test.

The following code shows how to create a fake dataset with three groups (A, B, and C) and fit a one-way ANOVA model to the data to determine if the mean values for each group are equal:

We can see that the overall p-value from the ANOVA table is 7.55e-11. Since this is less than .05, we have sufficient evidence to say that the mean values across each group are not equal. Thus, we can proceed to perform Tukey’s Test to determine exactly which group means are different.

The following code shows how to use the TukeyHSD() function to perform Tukey’s Test:

We can use the plot(TukeyHSD()) function to visualize the confidence intervals as well:

Note: The las argument specifies that the tick mark labels should be perpendicular (las=2) to the axis. 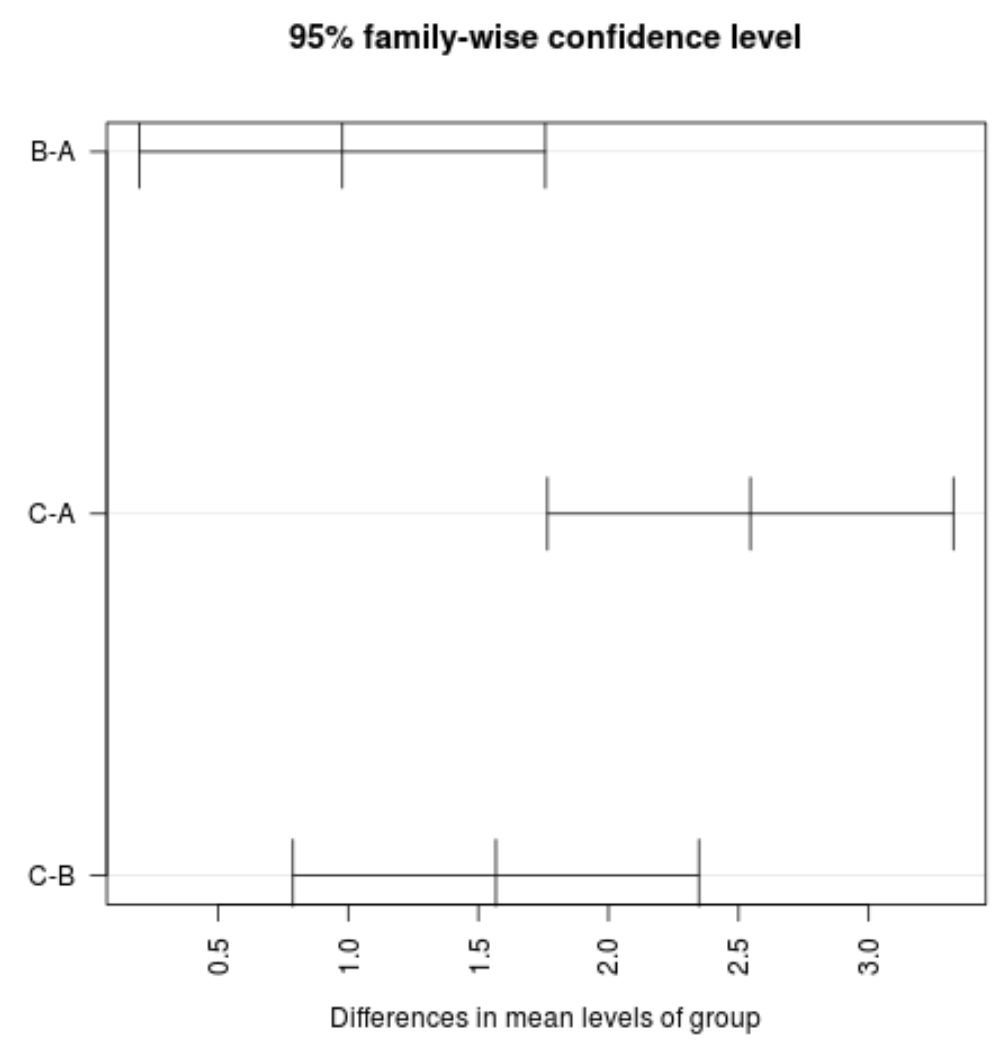 We can see that none of the confidence intervals for the mean value between groups contain the value zero, which indicates that there is a statistically significant difference in mean loss between all three groups. This is consistent with the fact that all of the p-values from our hypothesis tests are below 0.05.

For this particular example, we can conclude the following: