The hypotheses used in an ANOVA are as follows:

The alternative hypothesis: (Ha): at least one of the means is different from the others

If the p-value from the ANOVA is less than the significance level, we can reject the null hypothesis and conclude that we have sufficient evidence to say that at least one of the means of the groups is different from the others.

The most commonly used post hoc test is the Tukey-Kramer test, which compares the mean between each pairwise combination of groups.

The following example shows how to perform the Tukey-Kramer test in Excel. 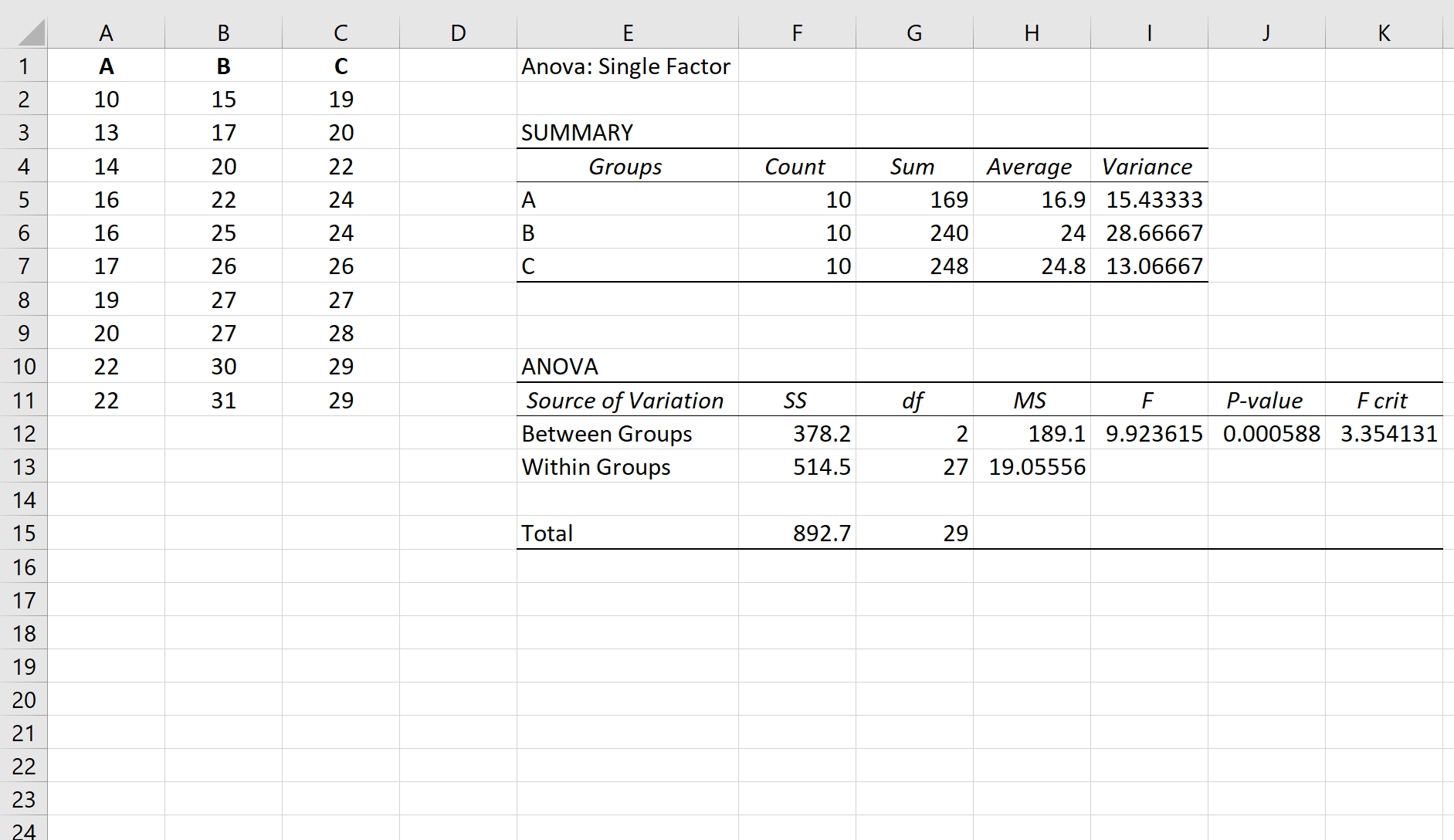 Related: How to Perform a One-Way ANOVA in Excel

The p-value from the ANOVA table is 0.000588. Since this p-value is less than .05, we can reject the null hypothesis and conclude that the means between the three groups are not equal.

To determine exactly which group means are different, we can perform a Tukey-Kramer post hoc test using the following steps:

Step 1: Find the absolute mean difference between each group.

First, we’ll find the absolute mean difference between each group using the averages listed in the first table of the ANOVA output: 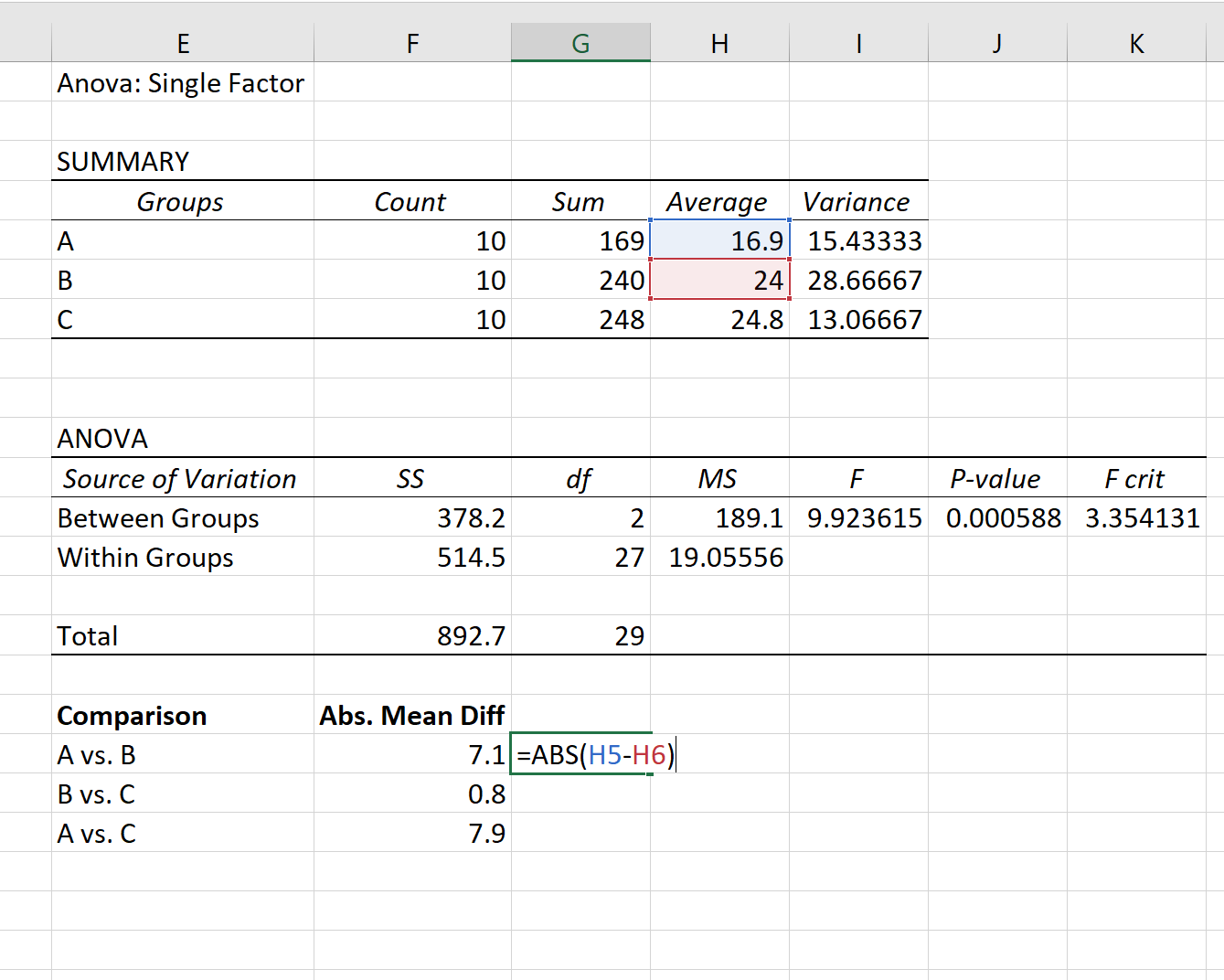 Next, we need to find the Q critical value using the following formula:

To find the Q value, you can refer to the Studentized Range Q Table which looks like this: 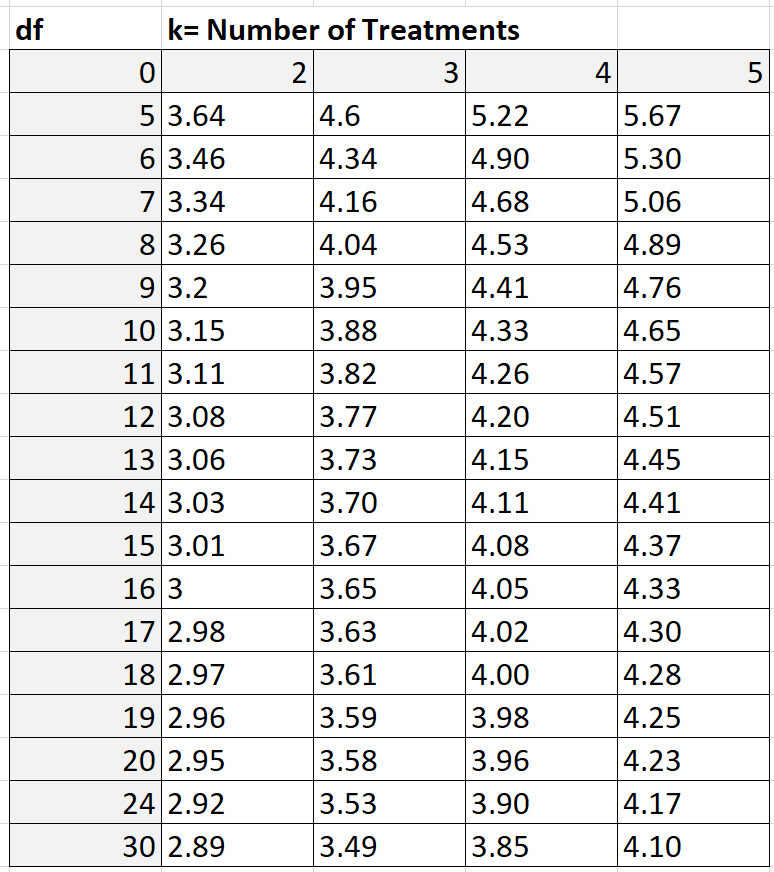 The pooled variance can be calculated as the average of the variances for the groups, which turns out to be 19.056. 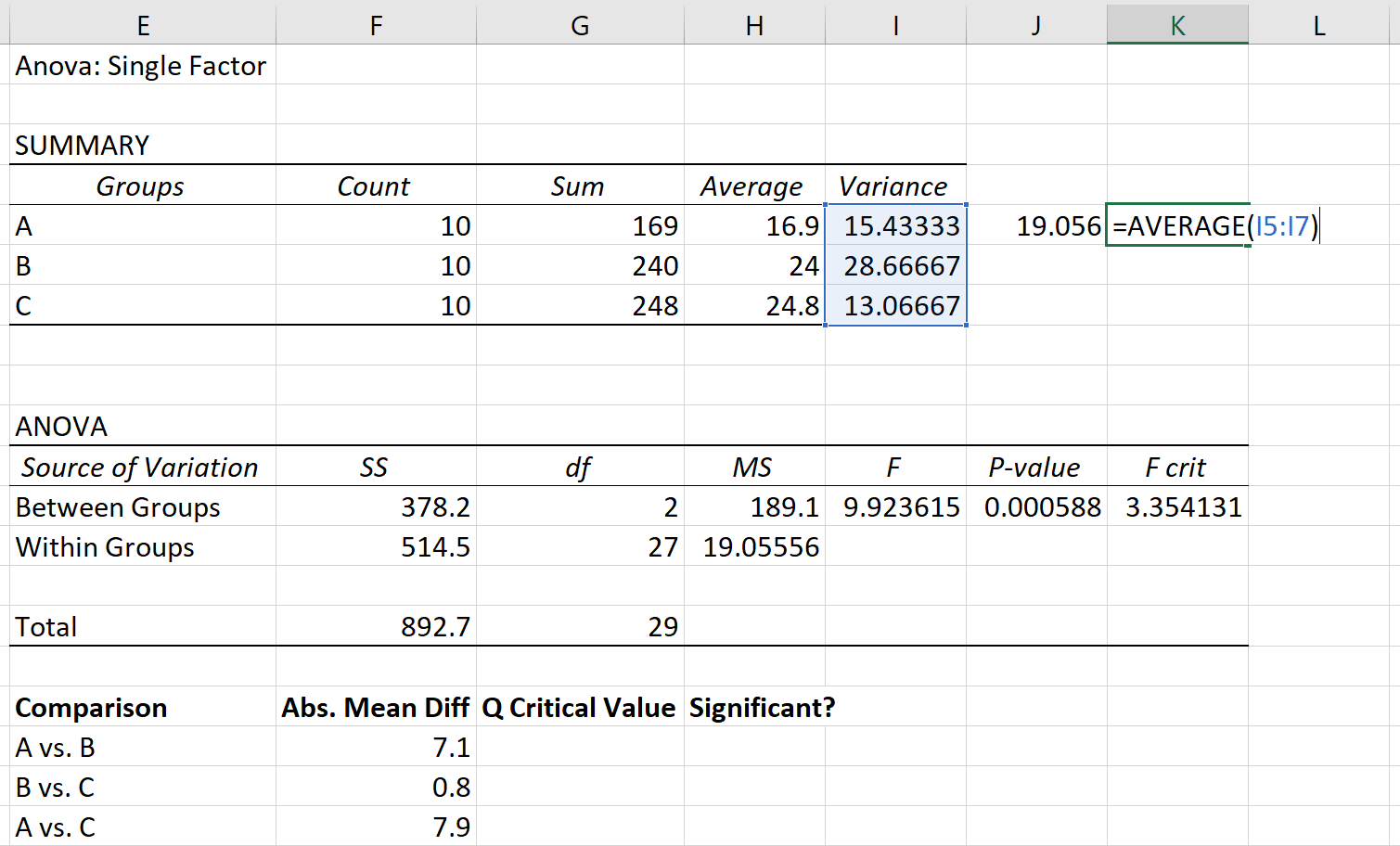 Lastly, the sample size of each group is 10.

Thus, our Q critical value can be calculated as: 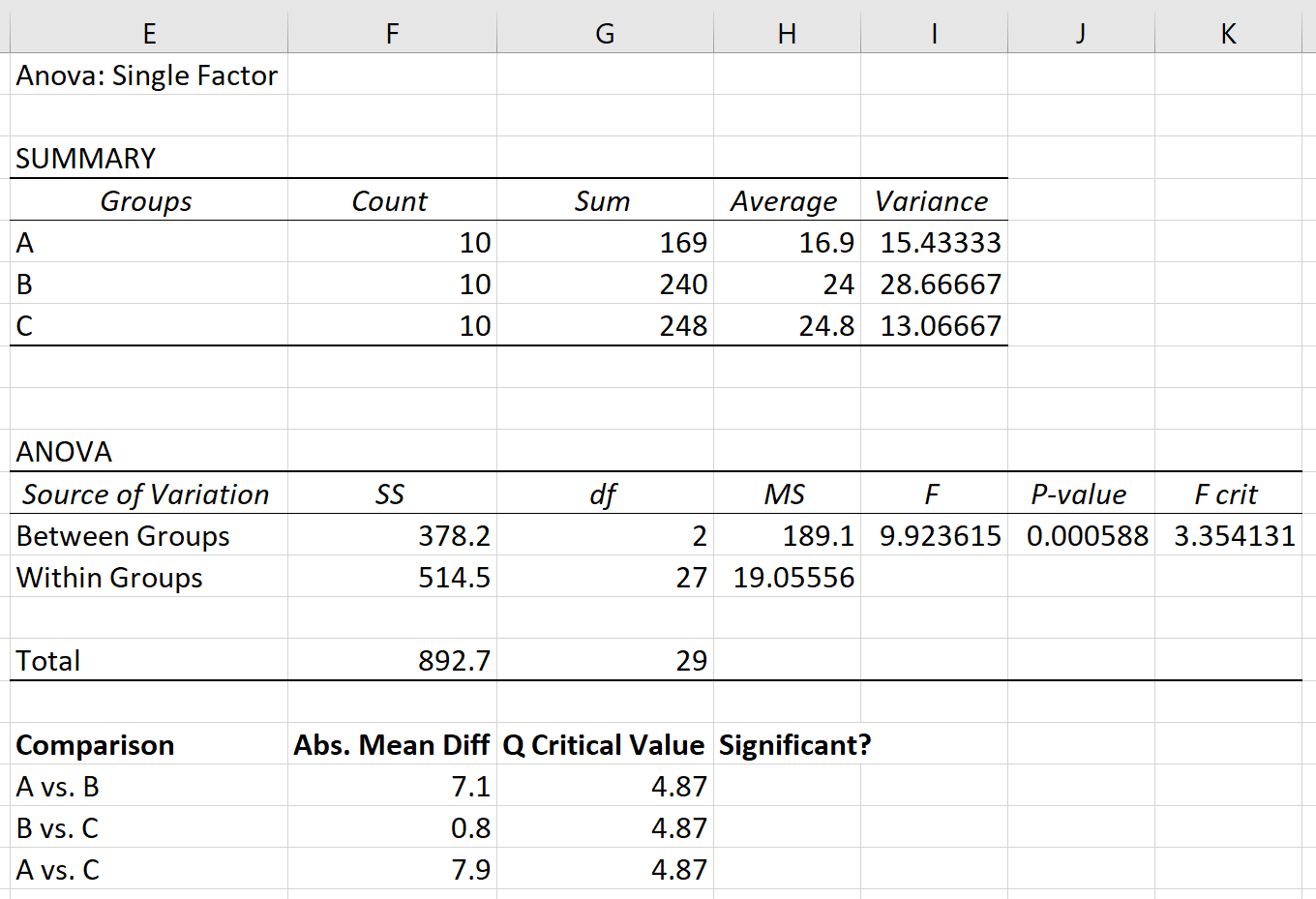 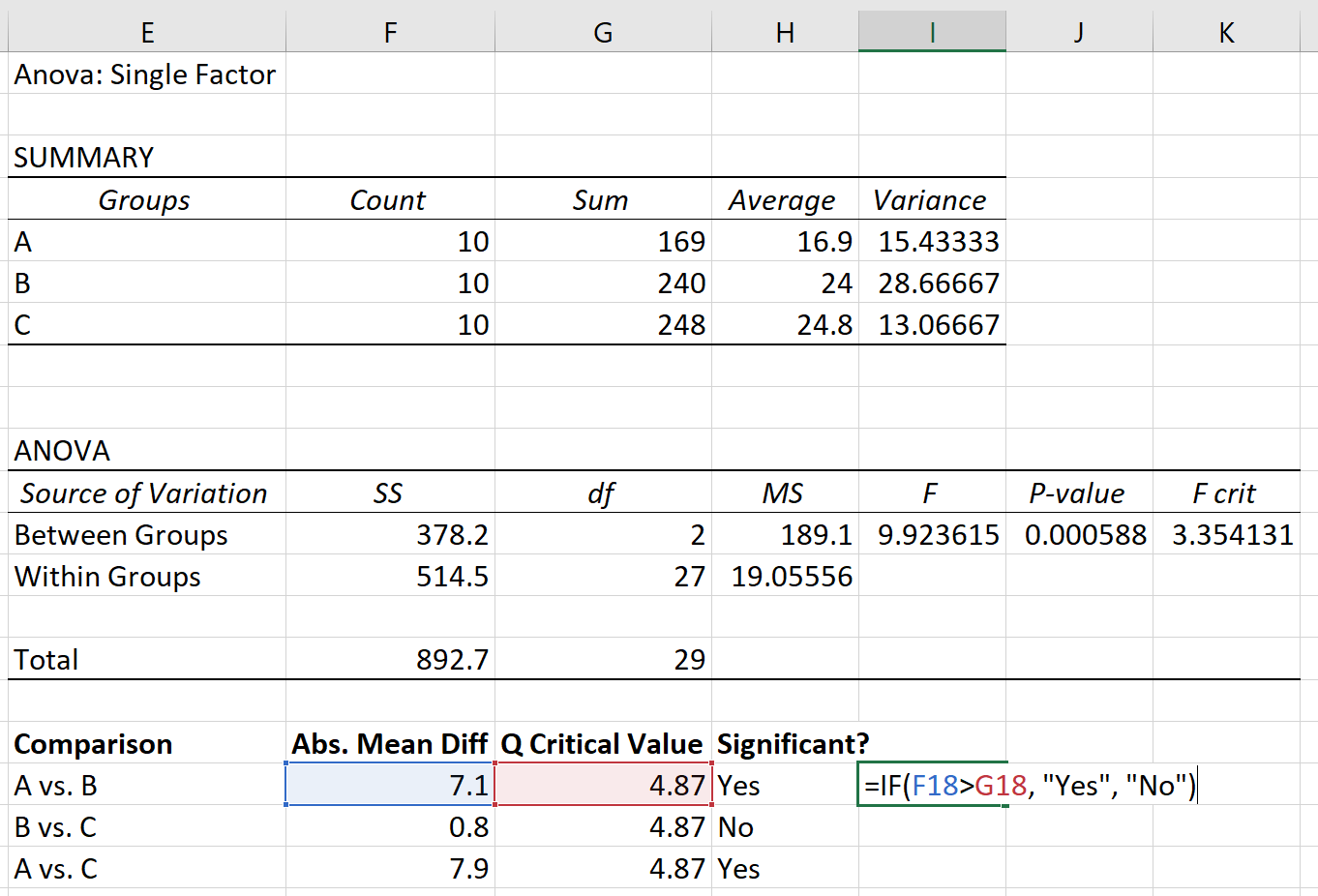 Based on the Tukey-Kramer post hoc test, we found the following: