A trimmed mean is the mean of a dataset that has been calculated after removing a specific percentage of the smallest and largest values from the dataset.

For example, a 10% trimmed mean would represent the mean of a dataset after the 10% of values from the extremities of the dataset have been removed.

To calculate a trimmed mean in Google Sheets you can use the TRIMMEAN function, which uses the following basic syntax:

The following example shows how to use this function to calculate a trimmed mean in practice. 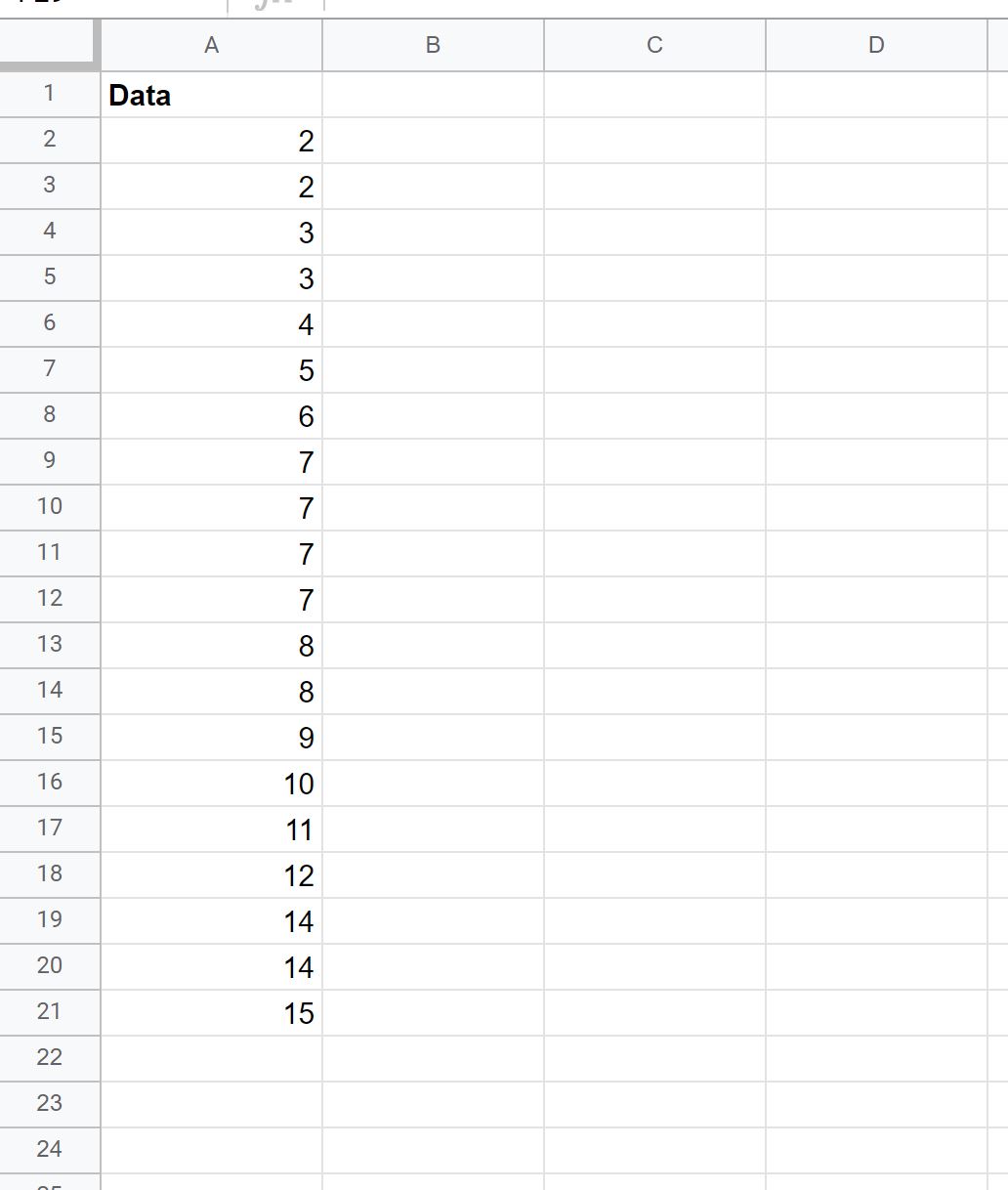 We can use the following formula to calculate a 10% trimmed mean for this dataset: 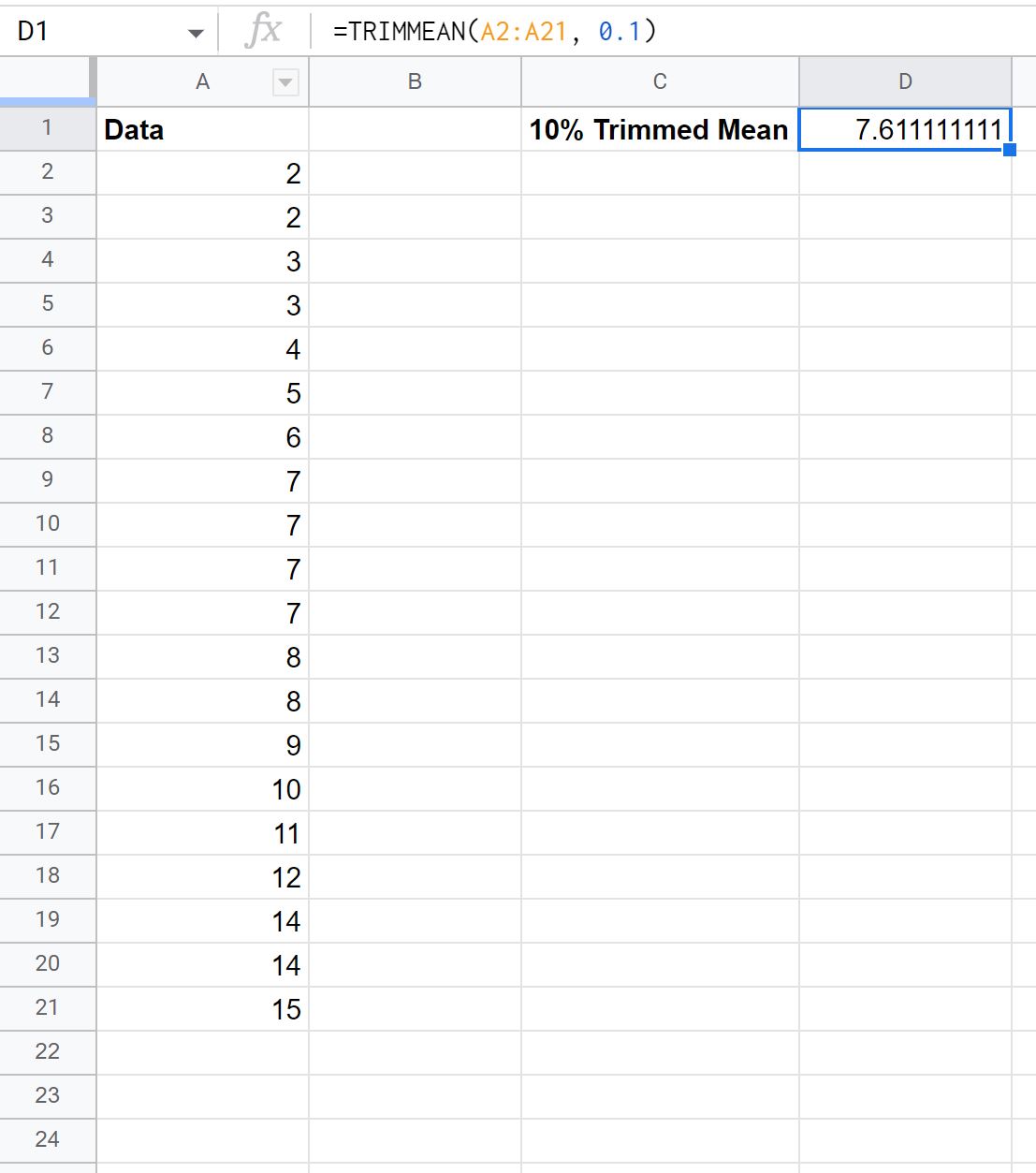 So, to calculate a 10% trimmed mean in this example, Google Sheets needs to remove two values from the extremities of the dataset.

This means Google Sheets removed the one smallest value (2) and one largest value (15) from the dataset and then calculated the mean.

We can confirm the formula is correct by manually calculating this trimmed mean ourselves:

Note that in this particular example, the values that were removed from the extremities were clearly not outliers.

However, a trimmed mean is most useful in practice when there are extreme outliers in the dataset and you’d like to calculate the mean value without allowing these outliers to influence the calculation.