In statistics, tabular data refers to data that is organized in a table with rows and columns. 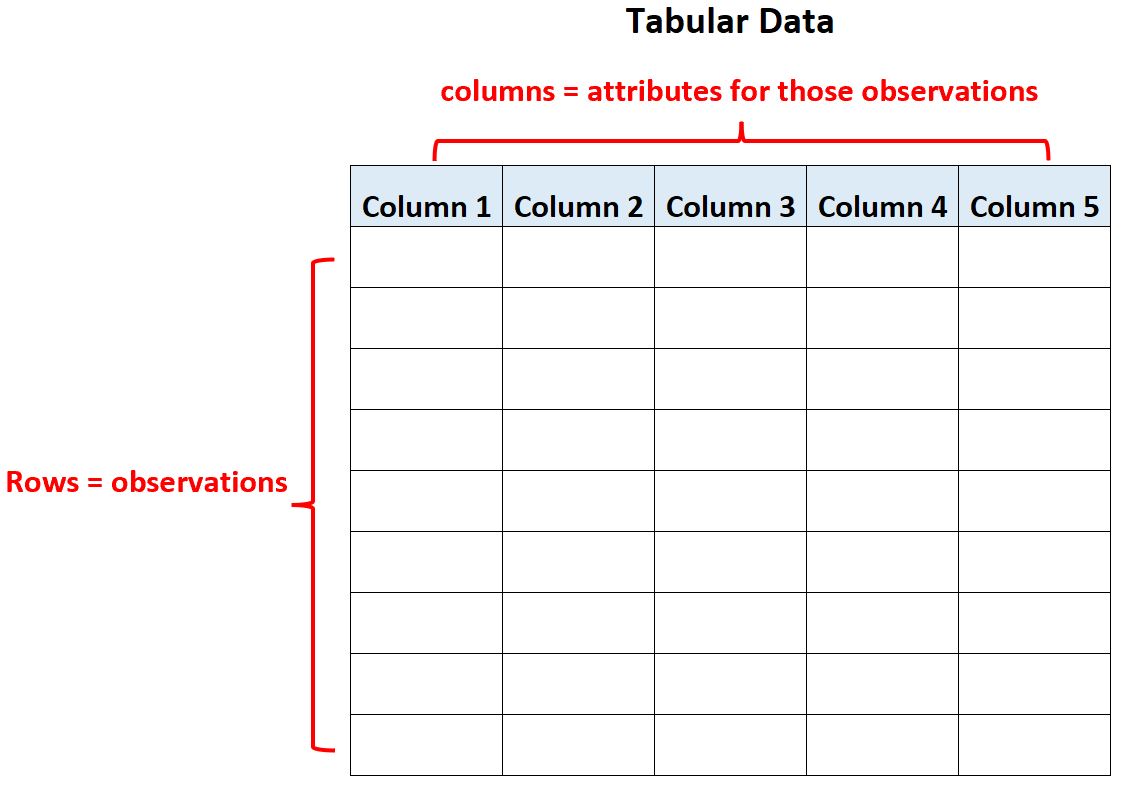 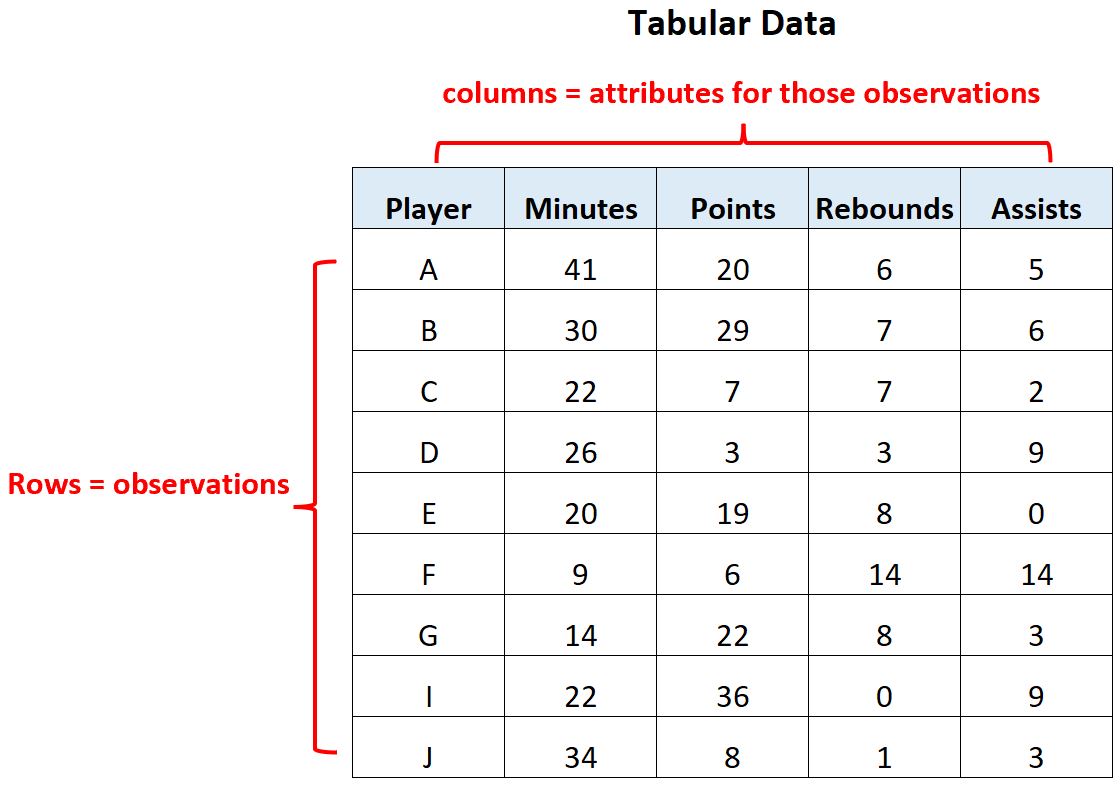 This dataset has 9 rows and 5 columns.

Each row represents one basketball player and the five columns describe different attributes about the player including:

The opposite of tabular data would be visual data, which would be some type of plot or chart that helps us visualize the values in a dataset.

For example, we might have the following bar chart that helps us visualize the total minutes played by each player in the dataset: 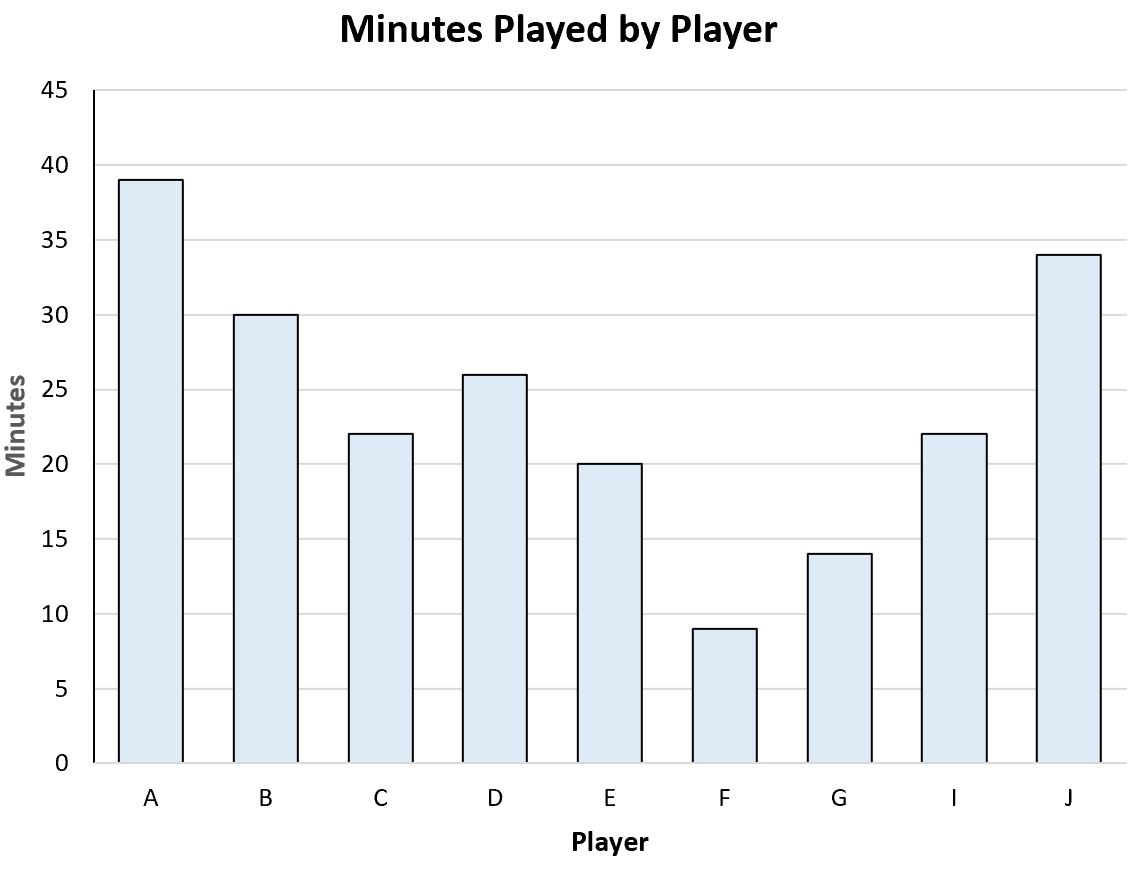 This would be an example of visual data.

It contains the exact same information about player names and minutes played for the players in the dataset, but it’s simply displayed in a visual form instead of a tabular form.

Or we might have the following scatterplot that helps us visualize the relationship between minutes played and points scored for each player: 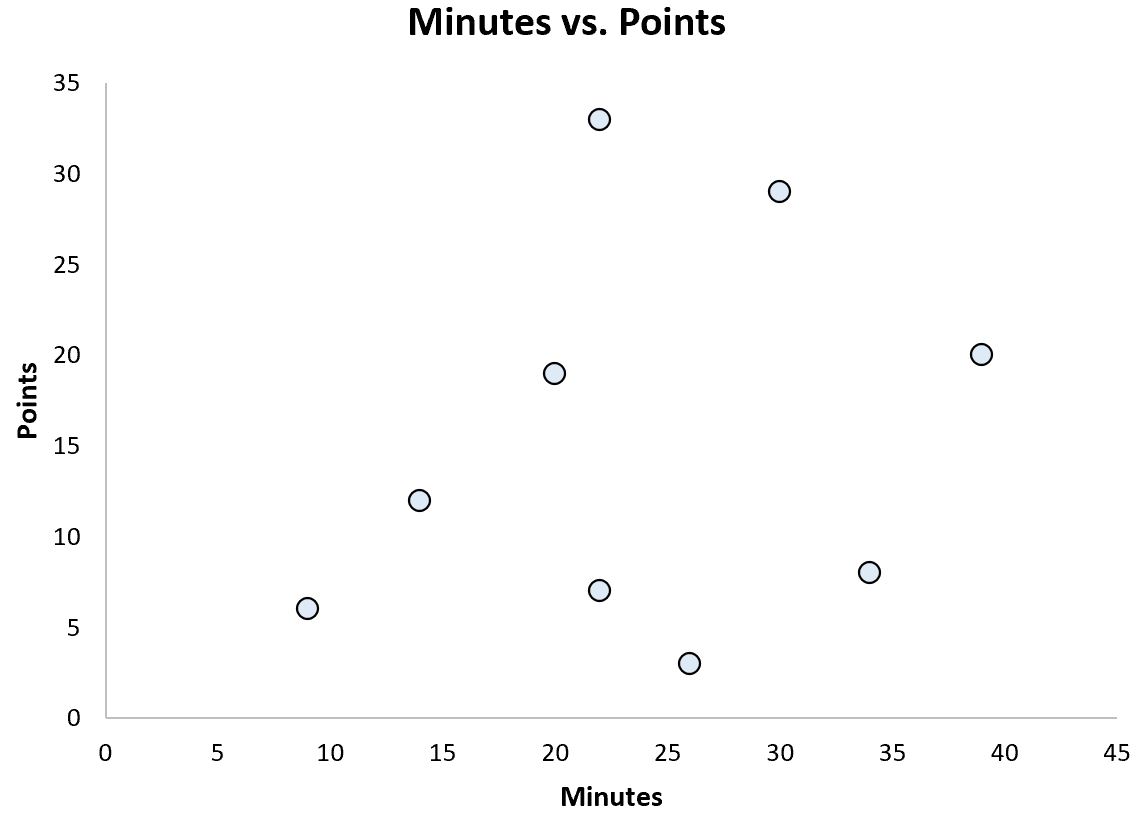 This is another example of visual data.

When is Tabular Data Used in Practice?

In practice, tabular data is the most common type of data that you’ll run across in the real world.

In the real world, most data that is saved in an Excel spreadsheet is considered tabular data because the rows represent observations and the columns represent attributes for those observations. 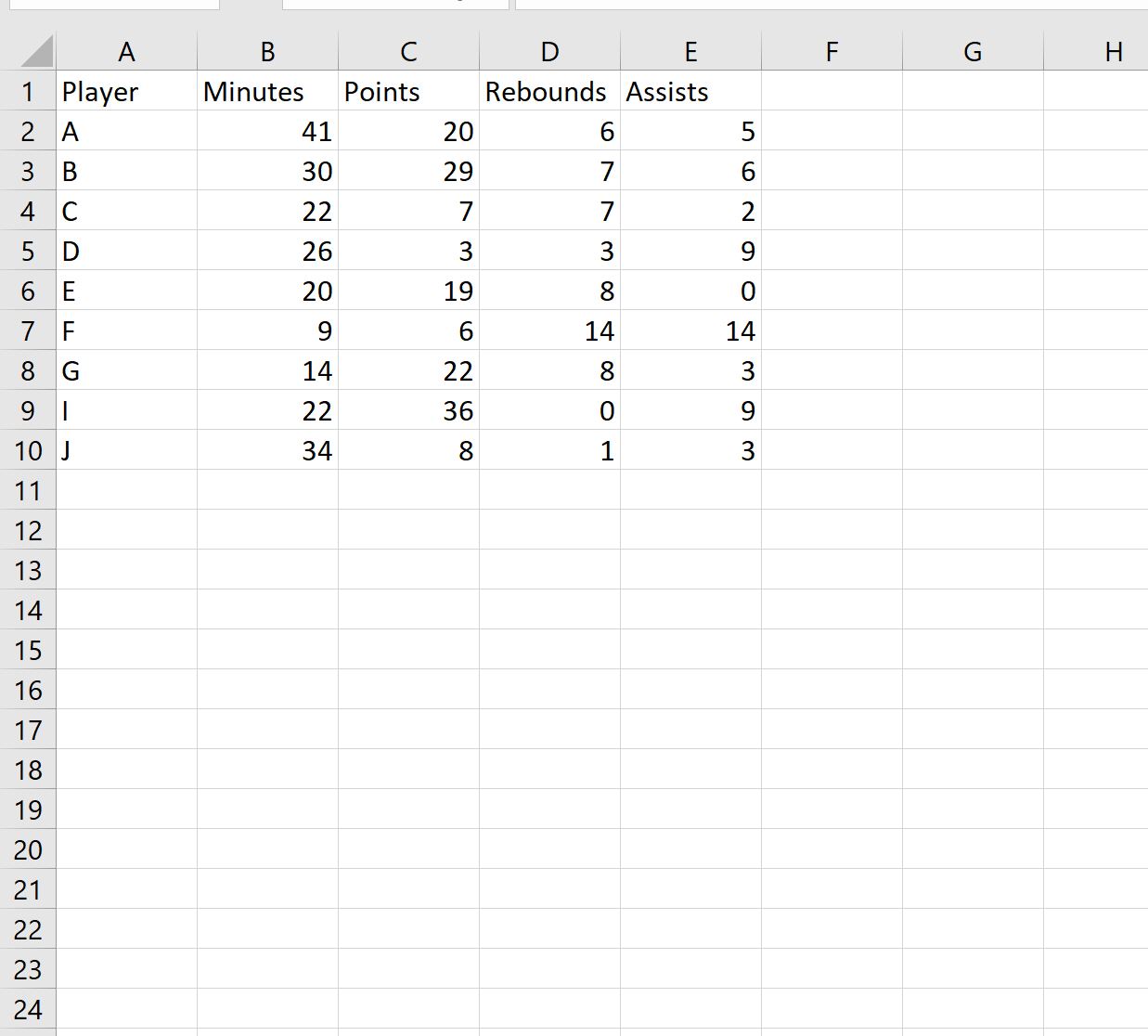 This format is one of the most natural ways to collect and store values in a dataset, which is why it’s used so often.

The following tutorials explain other common terms in statistics: