Two terms that students often get confused in statistics are t-values and p-values.

Broadly speaking, there are three different types of t-tests:

We use the following steps to perform each test: 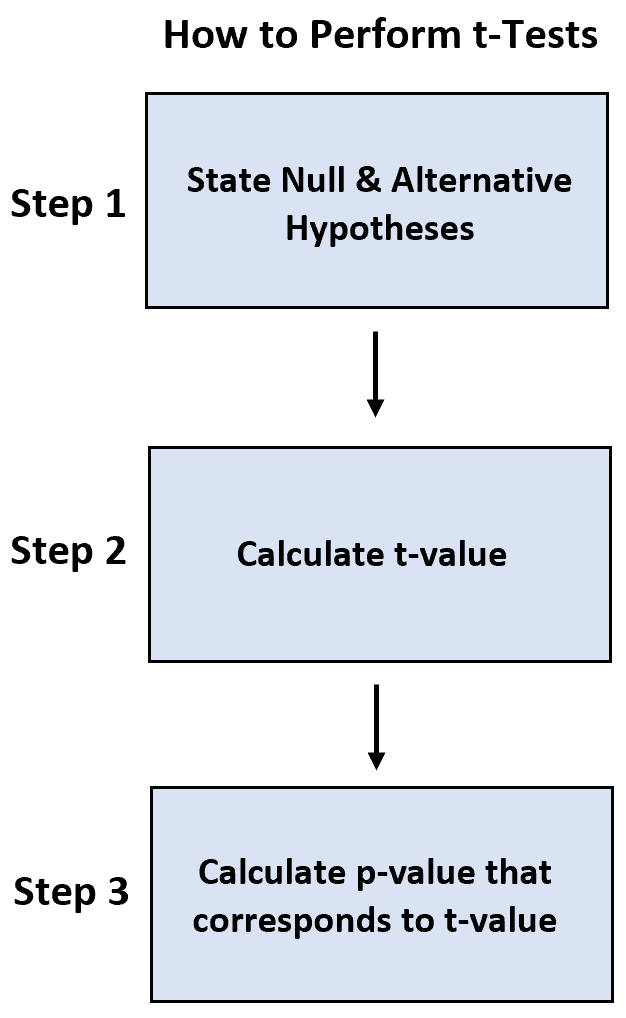 For each test, the t-value is a way to quantify the difference between the population means and the p-value is the probability of obtaining a t-value with an absolute value at least as large as the one we actually observed in the sample data if the null hypothesis is actually true.

If the p-value is less than a certain value (e.g. 0.05) then we reject the null hypothesis of the test.

For each type of t-test, we’re interested in the p-value and we simply use the t-value as an intermediate step to calculating the p-value.

The following example shows how to calculate and interpret a t-value and corresponding p-value for a two-sample t-test.

Suppose we want to know whether or not the mean weight between two different species of turtles is equal. We go out and collect a simple random sample of 12 turtles from each population with the following weights:

Here’s how to perform a two-sample t-test using this data:

Next, we’ll enter the weights of each sample of turtles into the Two Sample t-test Calculator and find that the t-value is -1.608761.

This means we do not have sufficient evidence to say that the mean weight of turtles between the two populations are different.

Notice that we simply used the t-value as an intermediate step to calculating the p-value. The p-value is the true value that we were interested in, but we had to first calculate the t-value.

The following tutorials offer additional information on t-tests and p-values: