A t-distribution is a type of continuous probability distribution. It has the following properties:

The t-distribution is often used in various hypothesis tests when sample sizes are small (n < 30) in place of the normal distribution.

Related: How to Make a Bell Curve in Excel

How to Create a t-Distribution Graph in Excel

Often we are interested in visualizing the t-distribution. Fortunately, it’s easy to create a t-distribution graph in Excel by using the T.DIST() function which uses the following syntax:

Next, we’ll show how to create the following t-distribution graph in Excel: 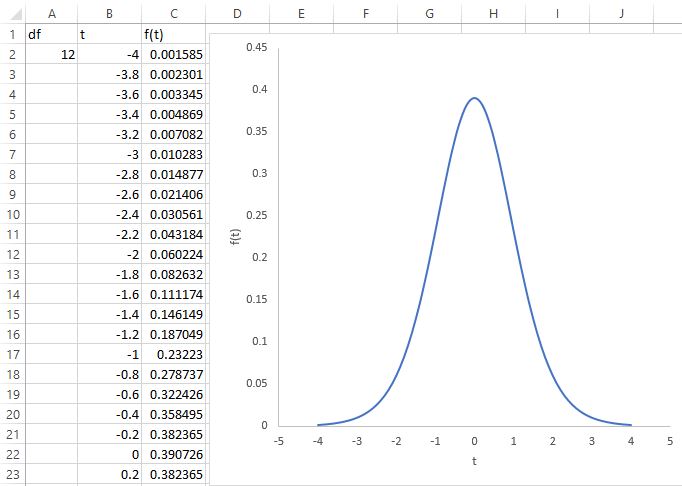 To create a t-distribution graph in Excel, we can perform the following steps:

3. Create a column for the pdf of the t-distribution associated with the random values. In cell C2, type the formula T.DIST(B2, $A$2, FALSE). Then hover over the bottom right of cell C2 until the + sign appears. Click and drag down to autofill the values for cells C2 through C42.

4. Create the graph. Highlight the two columns (B2:C42). Click the INSERT tab. In the Charts area, click scatter with smooth lines. The following chart will appear: 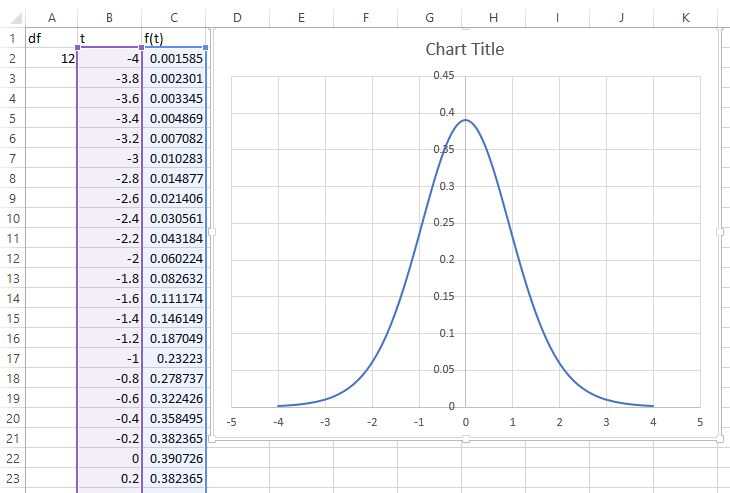 5. Change the graph appearance. By default, the y-axis appears in the middle of the graph and the gridlines show up in the background. We can change this by using the following steps: 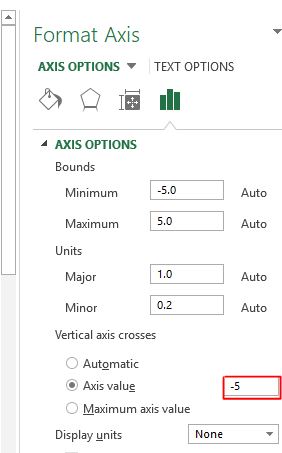 How to Create Several t-Distribution Graphs in Excel

We can also display several t-distribution curves in one graph if we’d like. This can be useful if we want to see how the shape of the t-distribution changes for various values for the degrees of freedom. 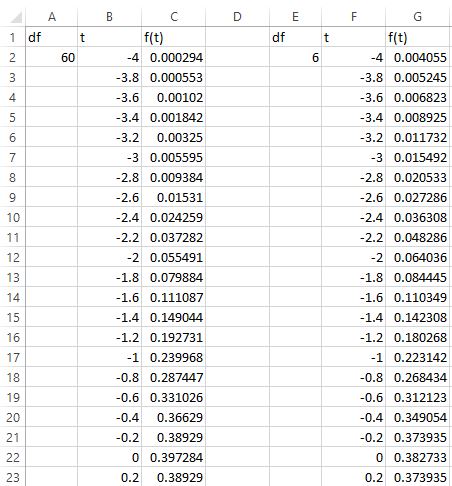 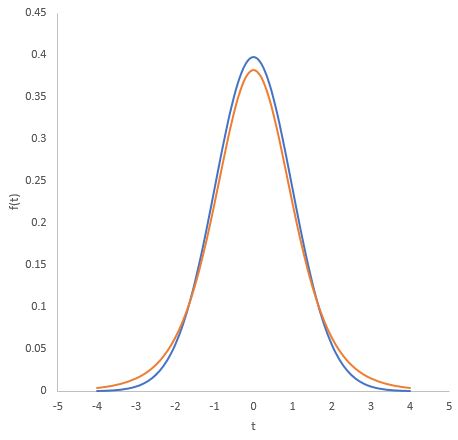 Modifying the Aesthetics of the Graph

Note that you can also modify the aesthetics of the graph by changing the following features:

Depending on how you would like the graph to appear, Excel gives you the ability to modify the chart quite a bit.