You can use the SUMSQ function in Google Sheets to calculate the sum of squares for a given sample.

The following example shows how to use this function in practice.

Example: How to Use DEVSQ in Google Sheets 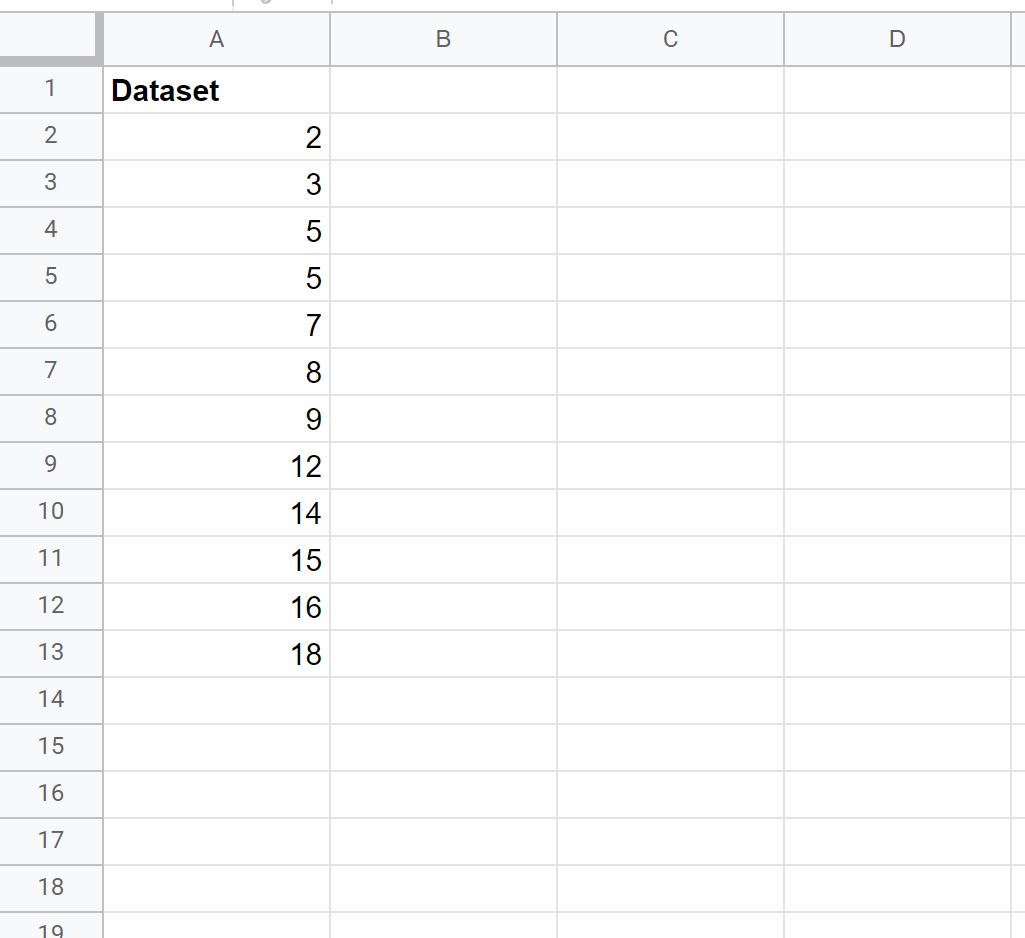 We can use the following formula to calculated the sum of squares for this dataset: 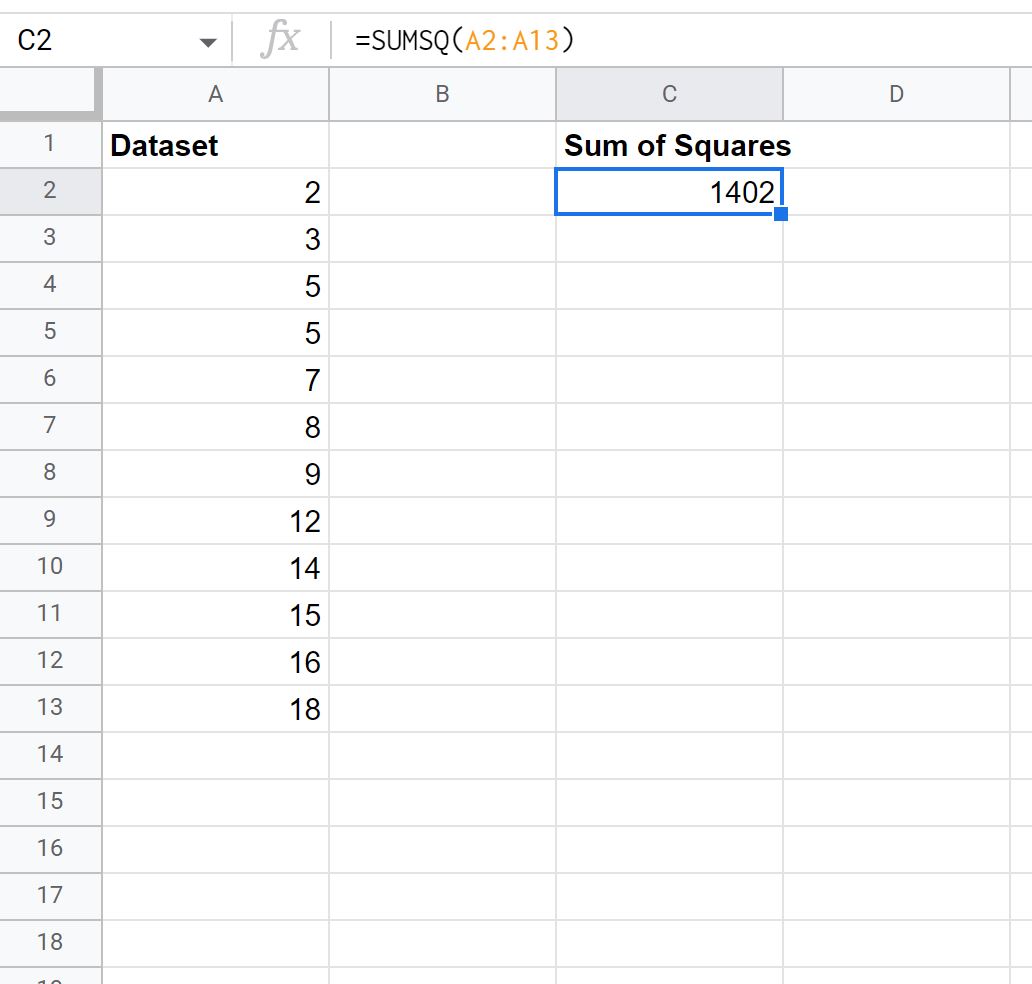 We can confirm this is correct by manually calculating the sum of squares for this dataset:

This matches the value that we calculated using the SUMSQ function.