You can use the following basic syntax to sum values across multiple sheets in Excel:

Suppose we have three sheets titled week1, week2, and week3 that each contain data about eight basketball players and their total points scored during that week: 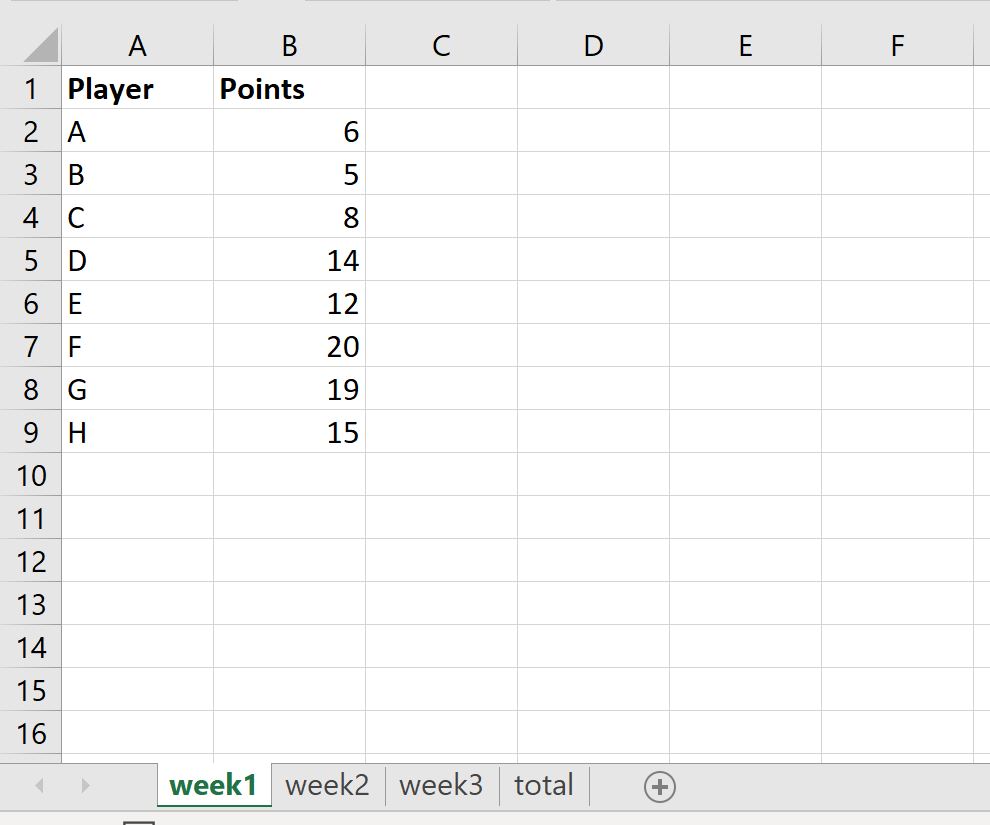 Each sheet has the exact same layout with “Player” in column A and “Points” in column B.

Now suppose we’d like to take the sum of points scored for each player during each week and display the sum in a new sheet called total: 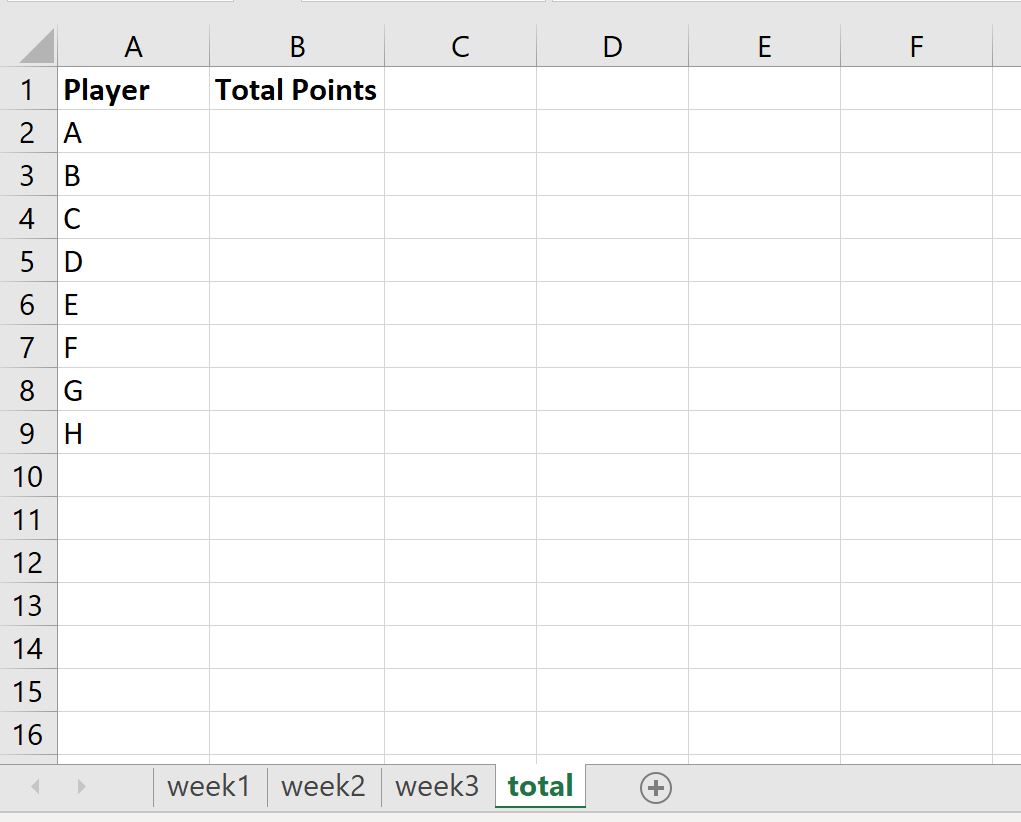 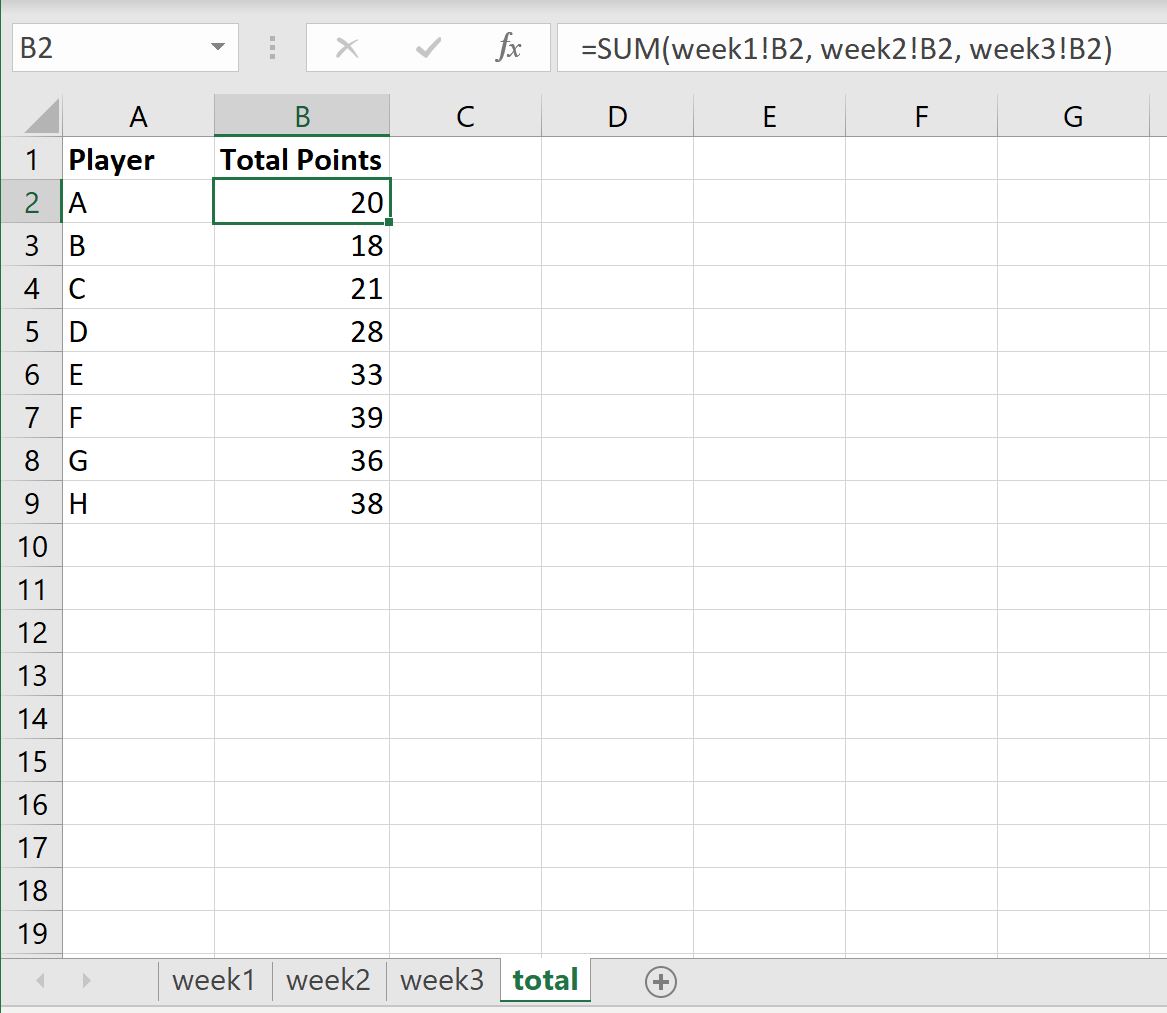 The “Total Points” column contains the sum of the points scored for each player across week1, week2, and week3.

Note that if each cell you’d like to sum is in the exact same position in every sheet, you can use the following shortcut to take the sum of the value in cell B2 for every sheet between week1 and week3: 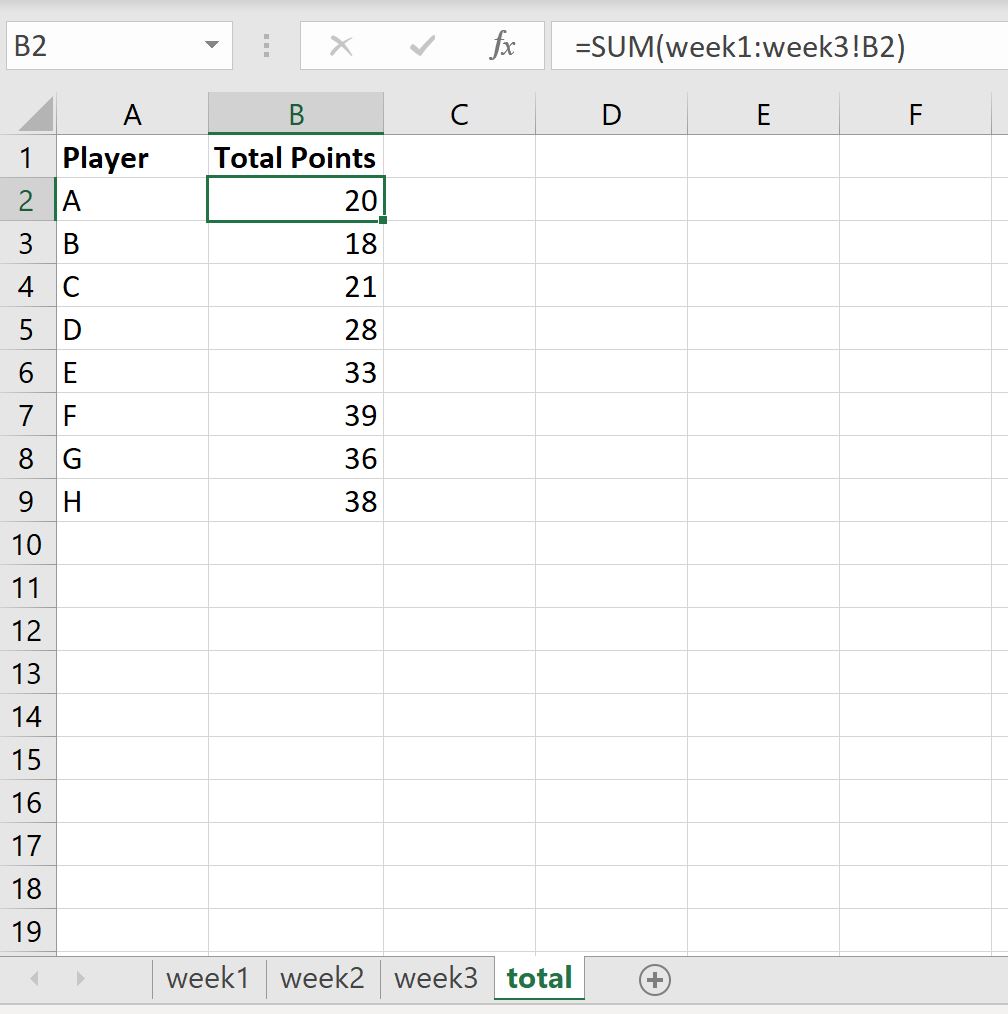 Notice that the values for the Total Points column match the ones we calculated earlier.