Internal consistency refers to how well a survey, questionnaire, or test actually measures what you want it to measure. The higher the internal consistency, the more confident you can be that your survey or test is reliable.

One popular way to measure internal consistency is to use split-half reliability, which is a technique that involves the following steps:

2. Administer each half to the same individual.

3. Repeat for a large group of individuals.

4. Find the correlation between the scores for both halves.

When to Use Split-Half Reliability

The split-half reliability method is an easy method to carry out if you want to measure internal consistency, but it should only be used if the following two conditions are present:

2. All of the questions on the test or survey measure the same construct or knowledge area. If a particular test measures several different constructs like leadership skills, communications skills, programming skills, and other professional skills, then a split-half reliability would not be appropriate to use since many of the responses are not expected to be correlated anyway.

Suppose researchers would like to measure the internal consistency of a particular test that has 100 questions all related to introverted personality traits. They carry out the following steps to measure the split-half reliability of the test.

Step 1. Split the test in half based on odd-numbered and even-numbered questions. 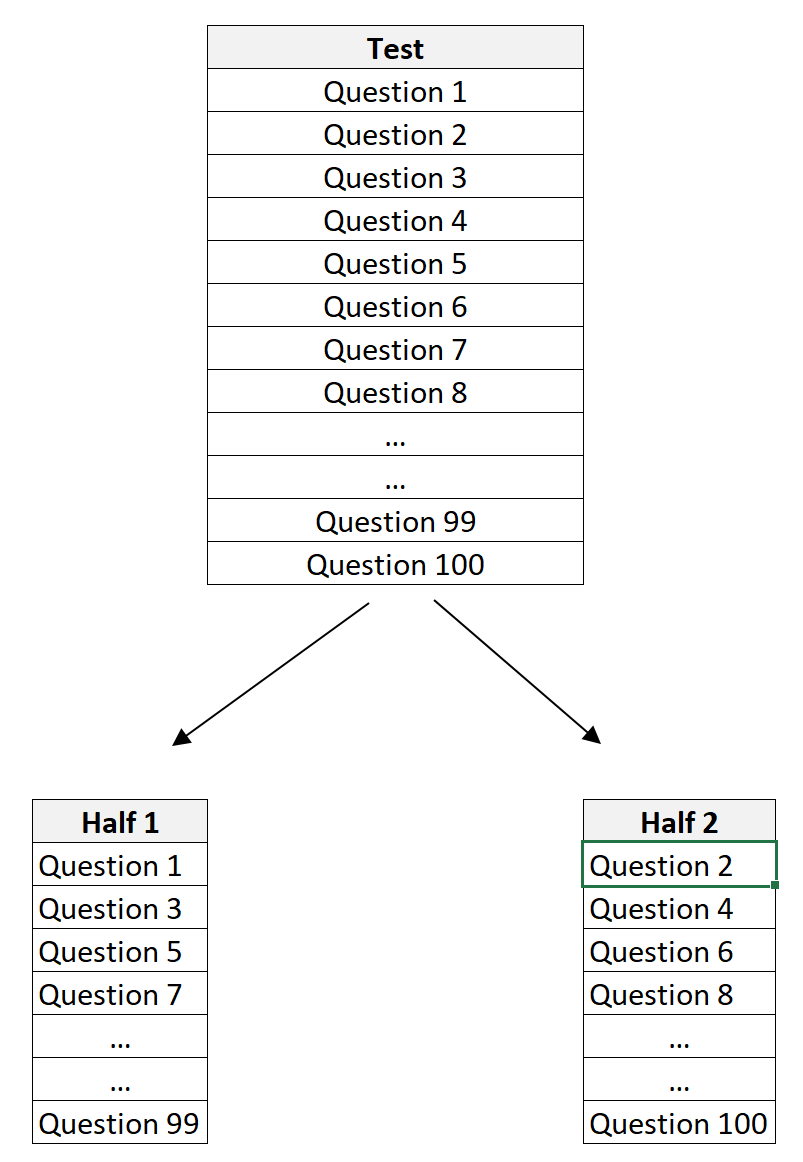 Step 2. Administer each half of the test to the same individual. 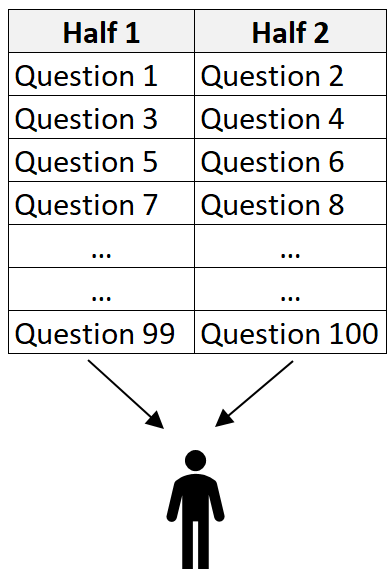 Step 4. Find the correlation between the scores for both halves.

If the researchers find that the correlation is fairly high, they can be assured that all parts of the test are contributing equally to measuring the introverted personality traits they’re interested in.

Conversely, if the correlation is low then that could be an indication that the lowly correlated questions need to be either re-written or removed altogether to improved the internal consistency and the overall reliability of the test.