An ordinal variable is one in which the values have a natural order (e.g. “bad”, “neutral”, “good”).

The value for Somers’ D ranges between -1 and 1 where:

Somers’ D is used in practice for many nonparametric statistical methods.

Given two variables, X and Y, we can say :

We can then calculate Somers’ D using the following formula:

The resulting value will always be between -1 and 1.

Suppose a grocery store would like to assess the relationship between the following two ordinal variables:

They collect the following ratings from a sample of 10 customers: 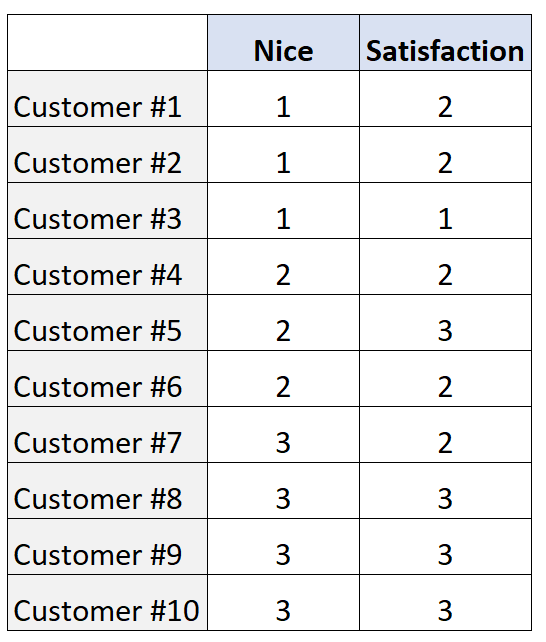 To quantify the relationship between the two variables, we can calculate Somers’ D using the following code in R:

Since this value is fairly close to 1, this indicates that there is a fairly strong positive relationship between the two variables.

This makes sense intuitively: Customers who rate the cashiers as nicer also tend to rate their overall satisfaction higher.