In statistics, skewness and kurtosis are two ways to measure the shape of a distribution.

Skewness is a measure of the asymmetry of a distribution. This value can be positive or negative.

Kurtosis is a measure of whether or not a distribution is heavy-tailed or light-tailed relative to a normal distribution.

This tutorial explains how to calculate both the skewness and kurtosis of a given dataset in Google Sheets. 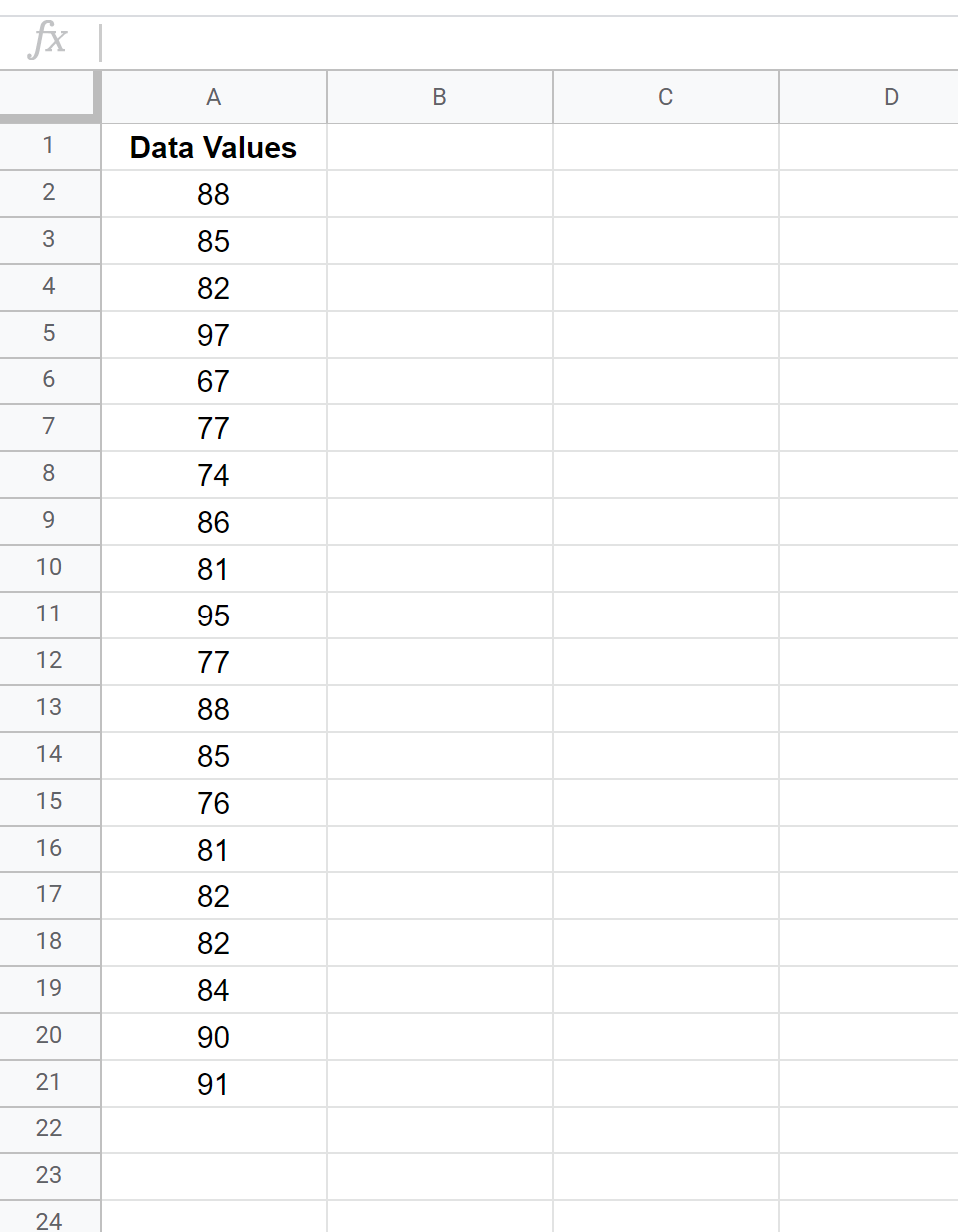 To calculate the skewness and kurtosis of this dataset, we can use the SKEW() and KURT() functions with the following syntax:

It’s important to note that either function will return the error #DIV/0! in the following two scenarios:

The image below shows how to use these functions for our particular dataset: 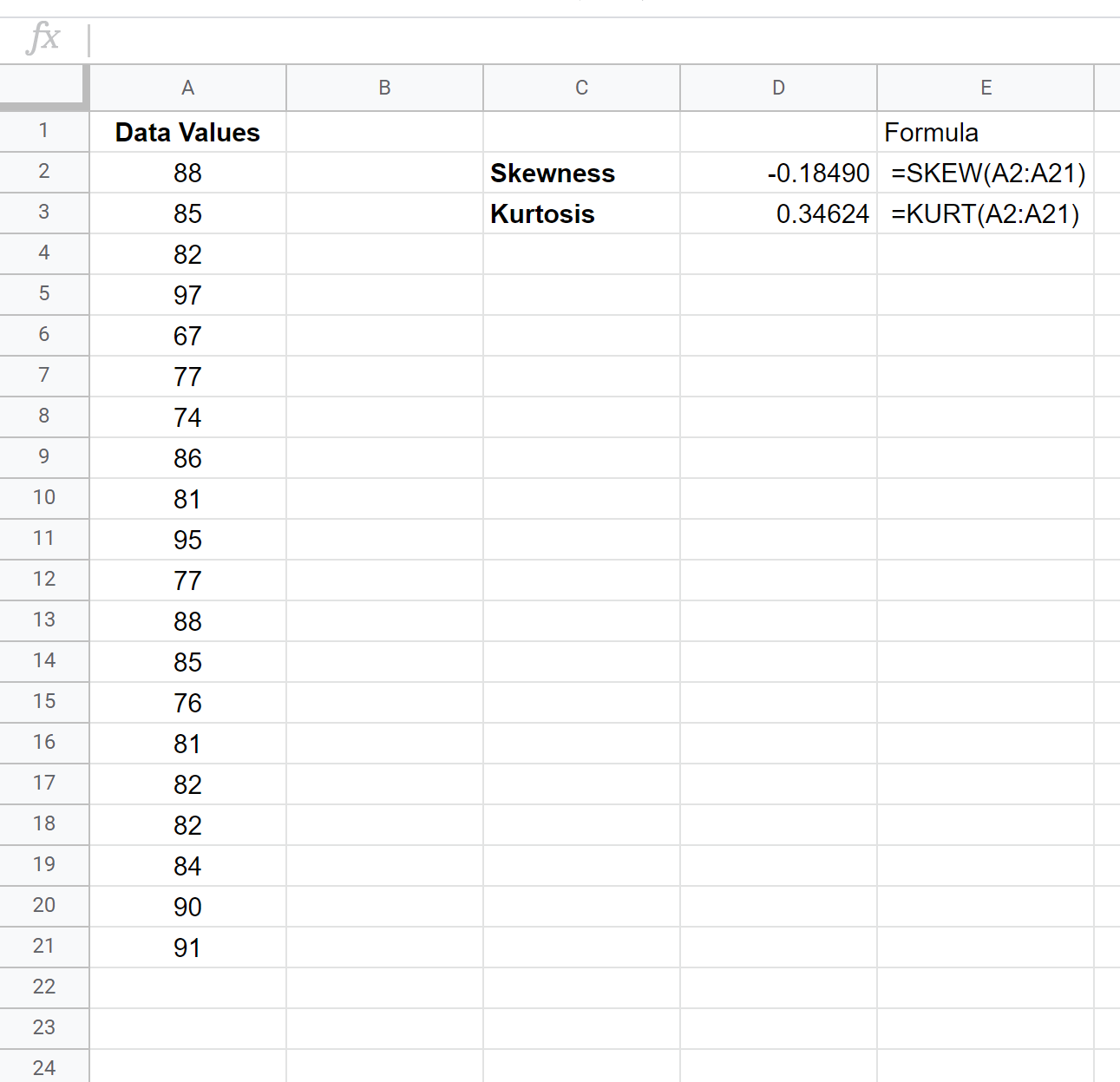