Simple linear regression is a technique that we can use to understand the relationship between a single explanatory variable and a single response variable.

In a nutshell, this technique finds a line that best “fits” the data and takes on the following form:

This tutorial provides a step-by-step explanation of how to perform simple linear regression in R.

For this example, we’ll create a fake dataset that contains the following two variables for 15 students:

We’ll attempt to fit a simple linear regression model using hours as the explanatory variable and exam score as the response variable.

The following code shows how to create this fake dataset in R:

Before we fit a simple linear regression model, we should first visualize the data to gain an understanding of it. 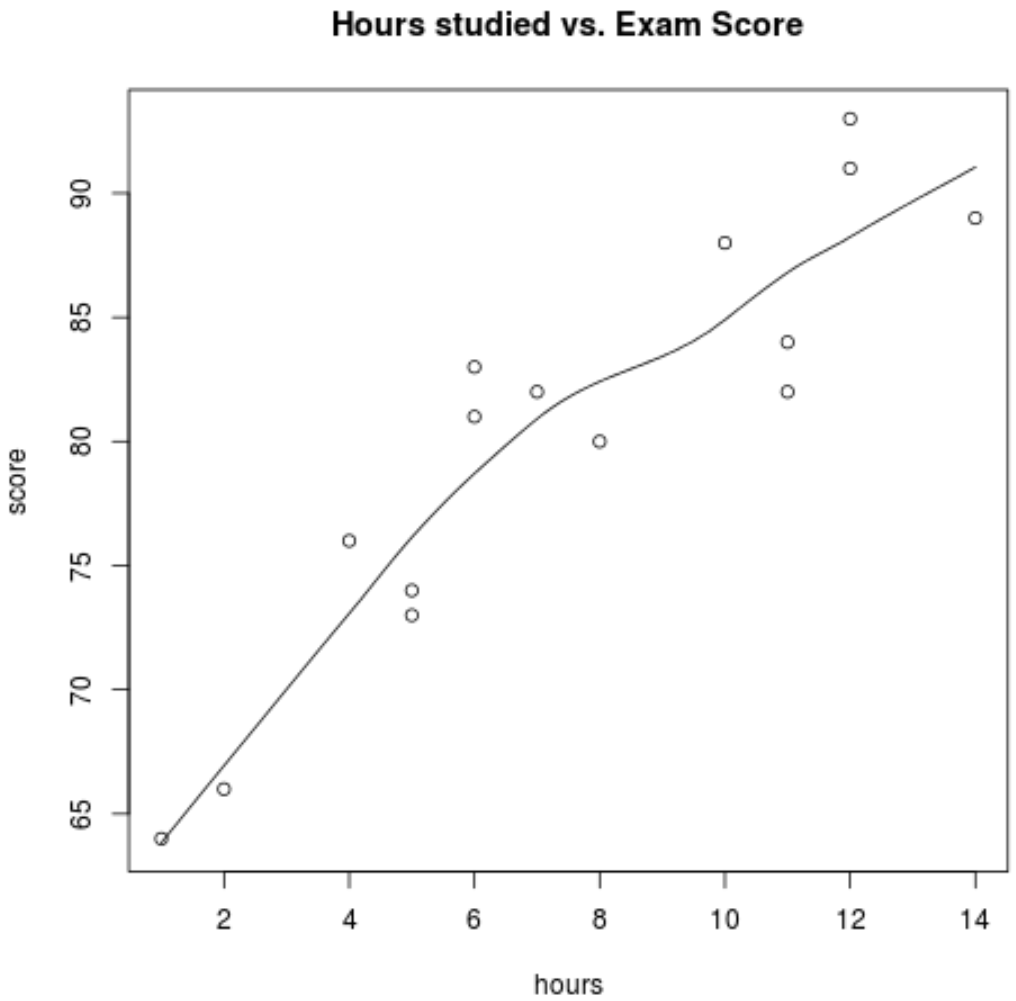 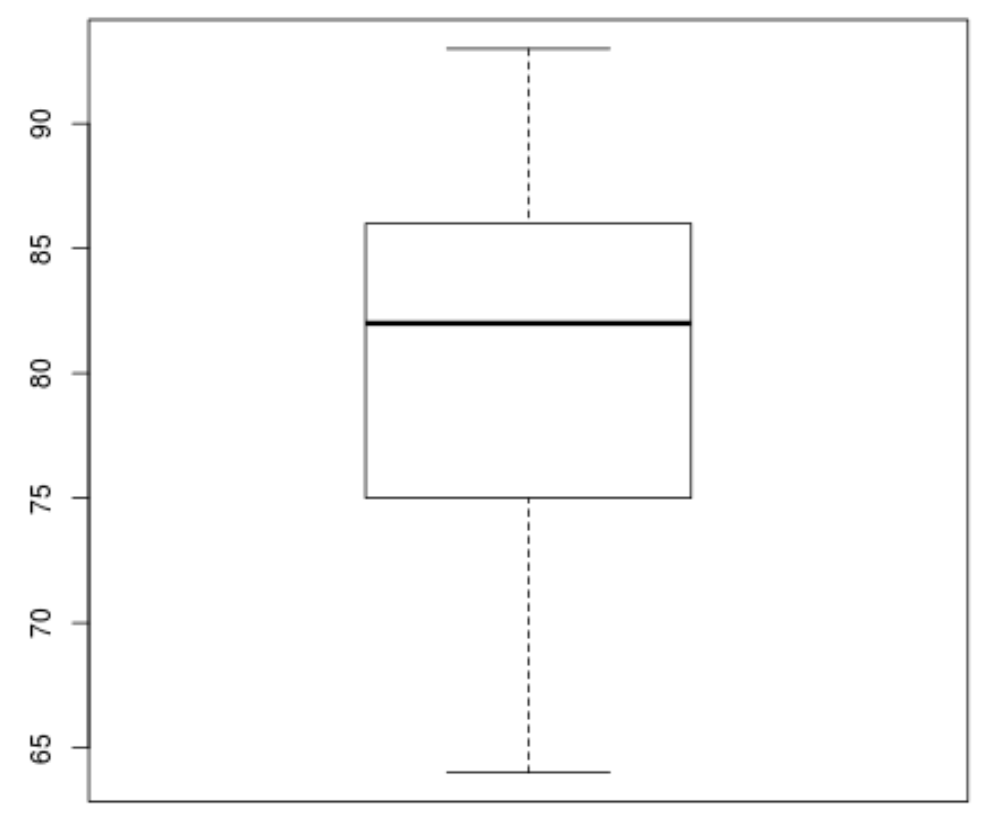 Once we’ve confirmed that the relationship between our variables is linear and that there are no outliers present, we can proceed to fit a simple linear regression model using hours as the explanatory variable and score as the response variable:

This means that each additional hour studied is associated with an average increase in exam score of 1.982 points. And the intercept value of 65.334 tells us the average expected exam score for a student who studies zero hours.

We can also use this equation to find the expected exam score based on the number of hours that a student studies. For example, a student who studies for 10 hours is expected to receive an exam score of 85.15:

After we’ve fit the simple linear regression model to the data, the last step is to create residual plots.

To verify that these assumptions are met, we can create the following residual plots: 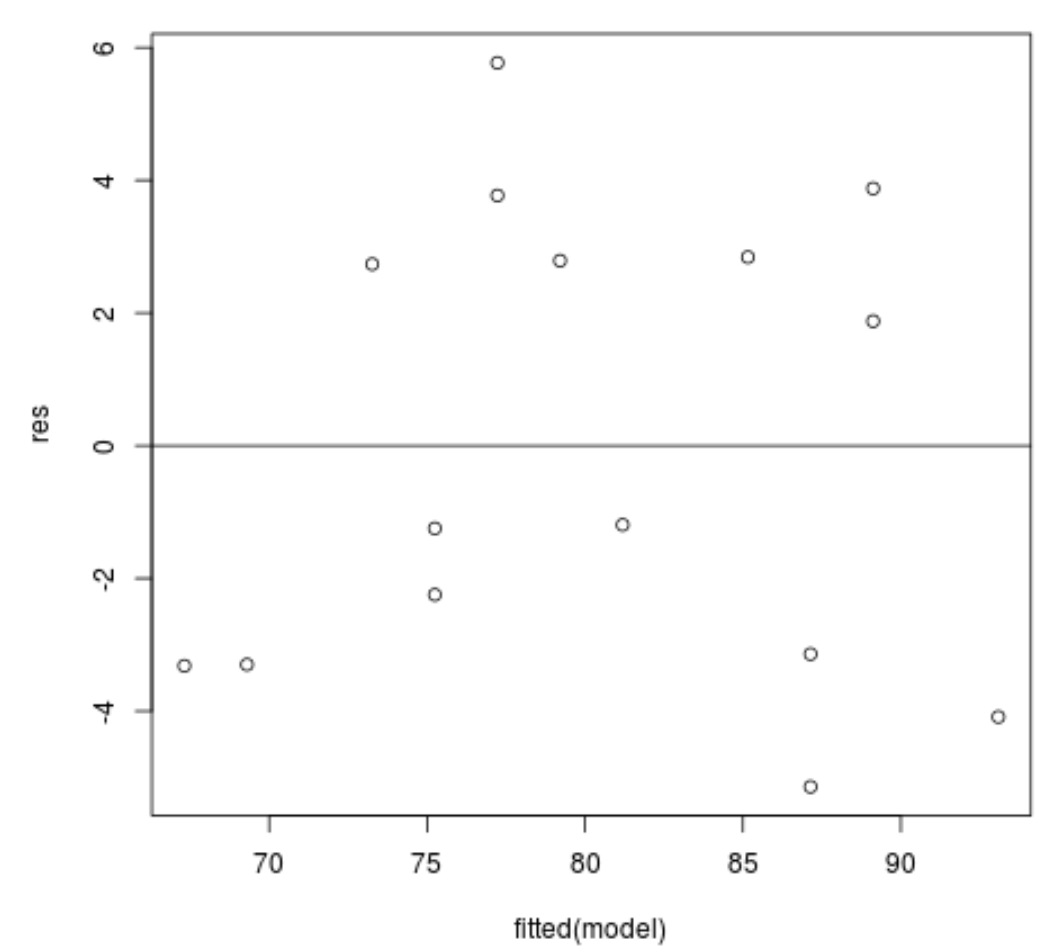 The residuals appear to be randomly scatted around zero and don’t exhibit any noticeable patterns, so this assumption is met.

Q-Q plot: This plot is useful for determining if the residuals follow a normal distribution. If the data values in the plot fall along a roughly straight line at a 45-degree angle, then the data is normally distributed: 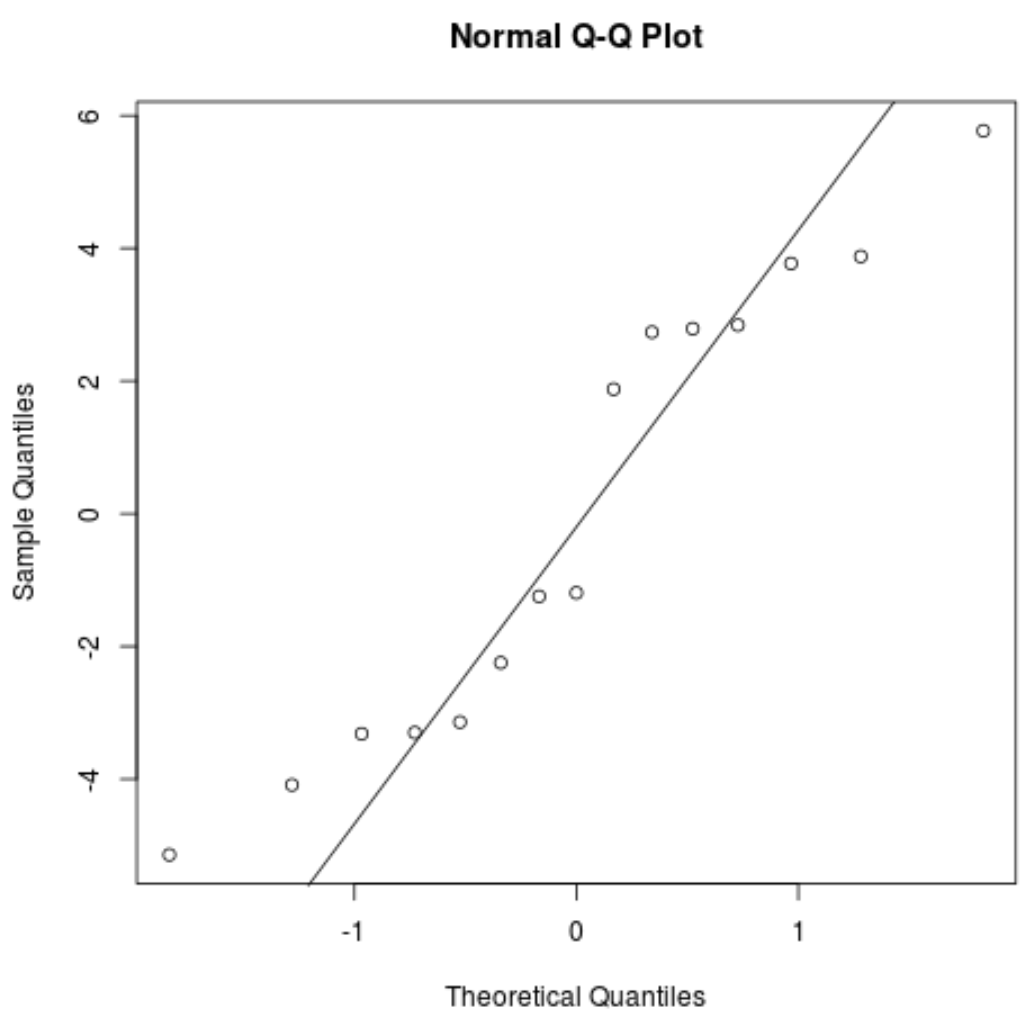 Since the residuals are normally distributed and homoscedastic, we’ve verified that the assumptions of the simple linear regression model are met. Thus, the output from our model is reliable.