Simple linear regression is a method we can use to understand the relationship between an explanatory variable, x, and a response variable, y.

This tutorial explains how to perform simple linear regression in Excel.

Suppose we are interested in understanding the relationship between the number of hours a student studies for an exam and the exam score they receive.

To explore this relationship, we can perform simple linear regression using hours studied as an explanatory variable and exam score as a response variable.

Perform the following steps in Excel to conduct a simple linear regression.

Enter the following data for the number of hours studied and the exam score received for 20 students: 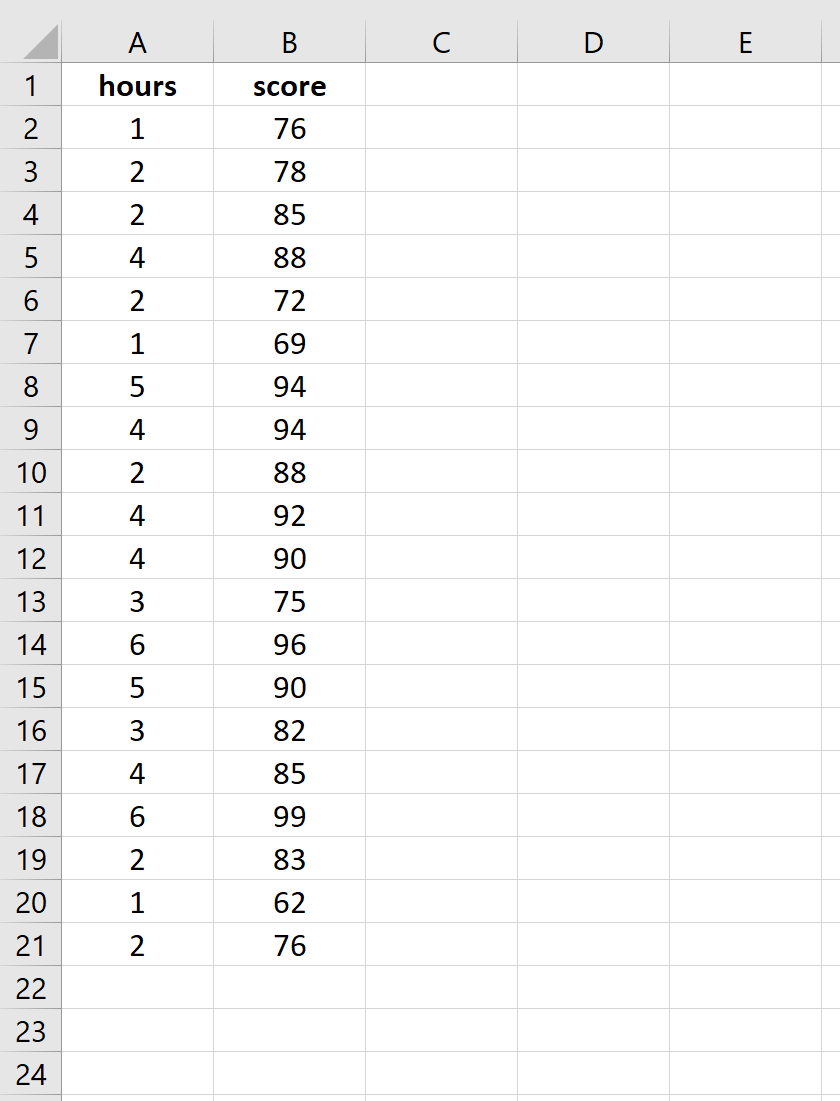 Before we perform simple linear regression, it’s helpful to create a scatterplot of the data to make sure there actually exists a linear relationship between hours studied and exam score.

Highlight the data in columns A and B. Along the top ribbon in Excel go to the Insert tab. Within the Charts group, click Insert Scatter (X, Y) and click on the first option titled Scatter. This will automatically produce the following scatterplot: 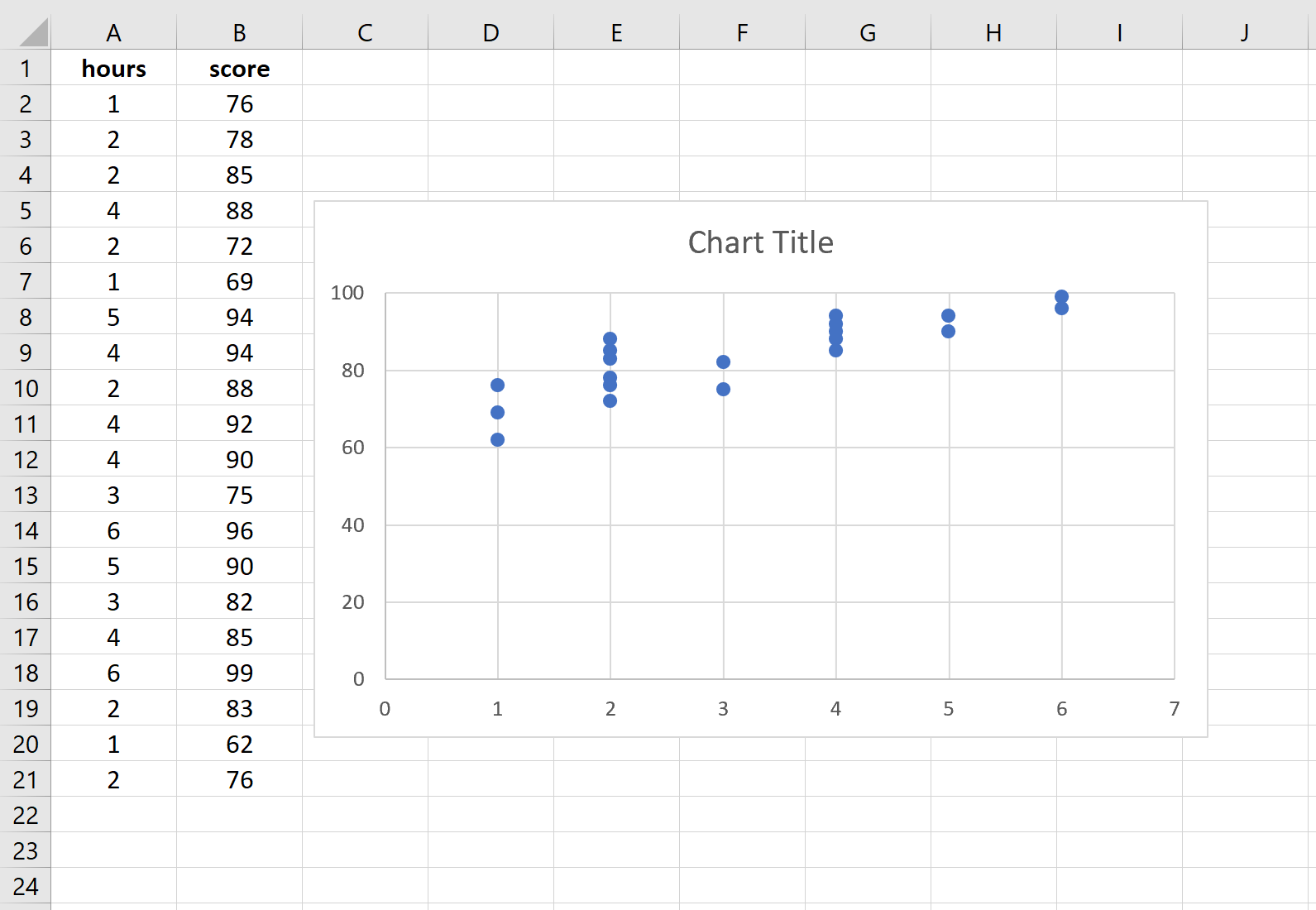 To quantify the relationship between these two variables, we can perform simple linear regression. 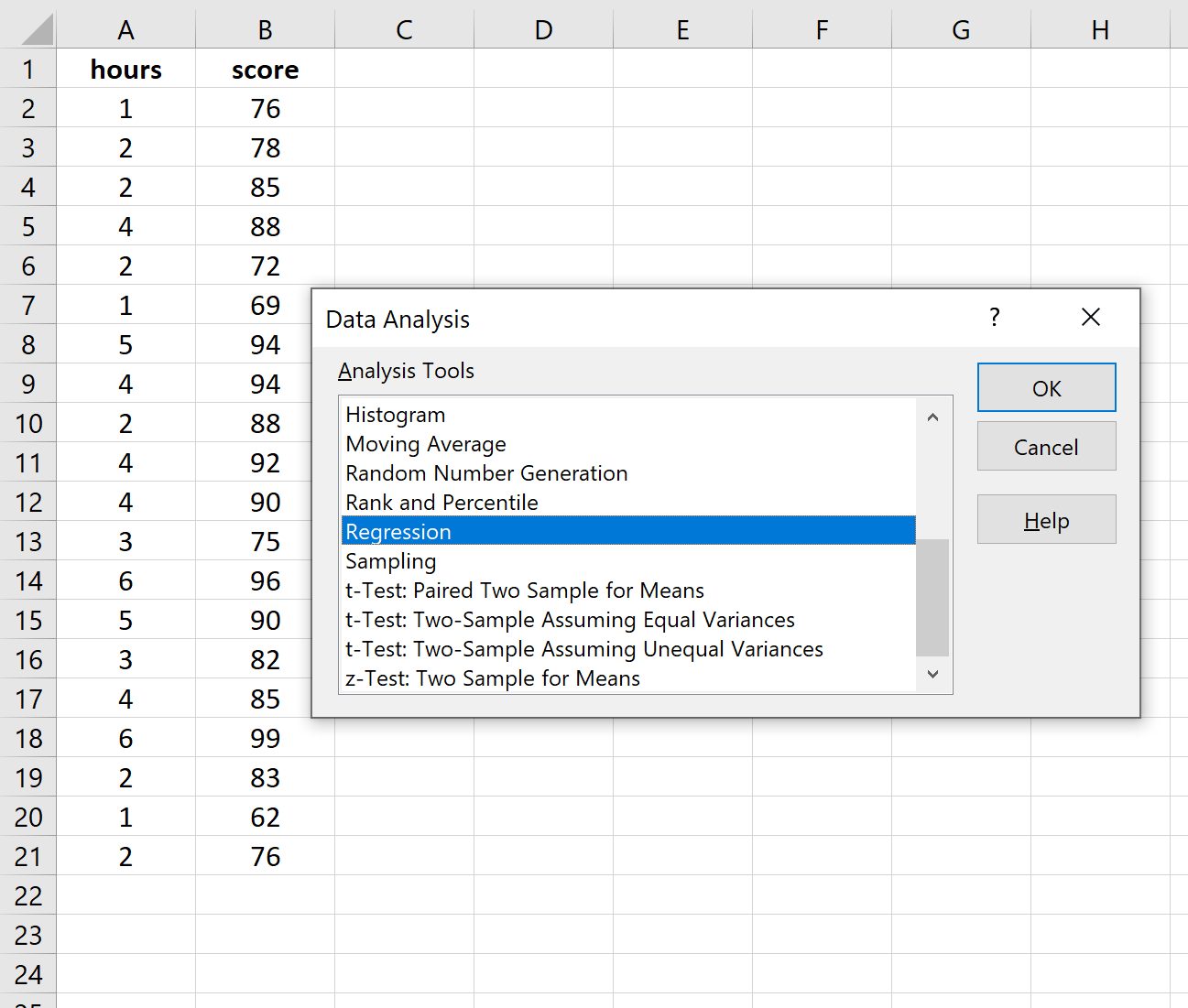 Check the box next to Labels so Excel knows that we included the variable names in the input ranges.

For Output Range, select a cell where you would like the output of the regression to appear. 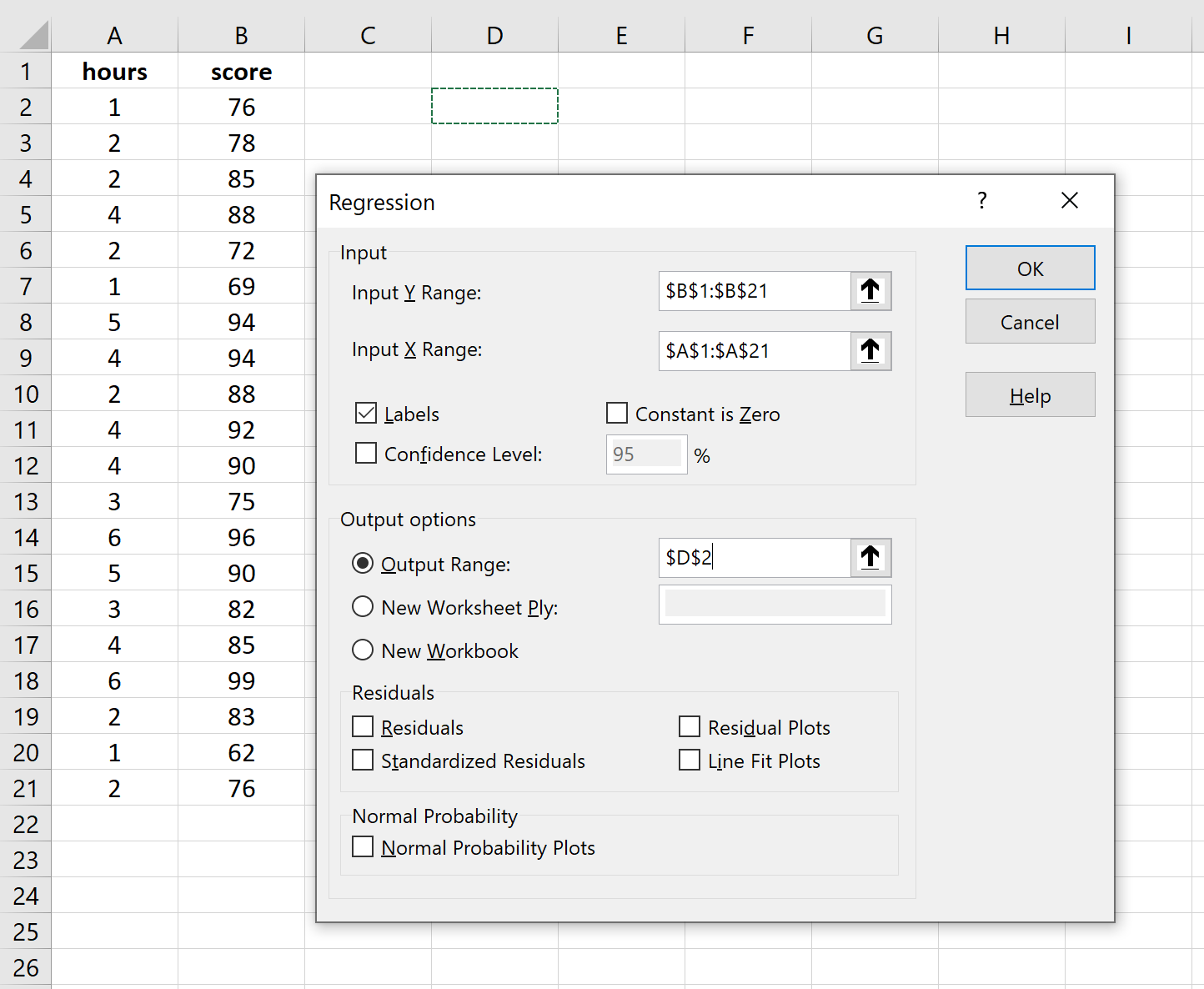 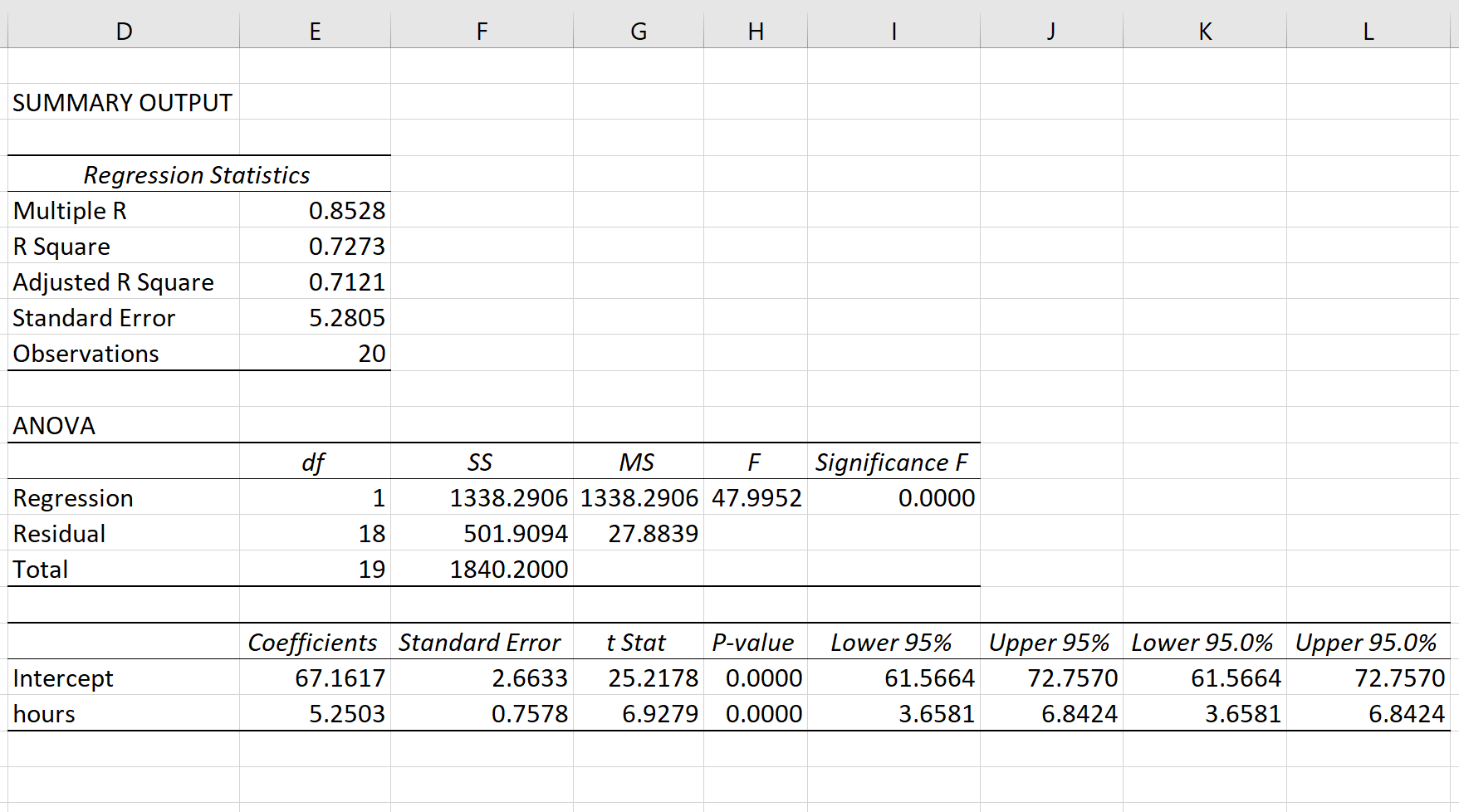 Here is how to interpret the most relevant numbers in the output:

F: 47.9952. This is the overall F statistic for the regression model, calculated as regression MS / residual MS.

We can use this estimated regression equation to calculate the expected exam score for a student, based on the number of hours they study.

For example, a student who studies for three hours is expected to receive an exam score of 82.91: