A sign-test is a non-parametric test that is used to determine whether a population median is equal to some value.

The following step-by-step example shows how to perform a sign test in Excel.

Suppose a manufacturing plant claims to produce widgets that weigh 50 pounds. To test this, an inspector goes out to the plant and randomly measures the weight of 20 widgets.

He then enters the following weights for each widget: 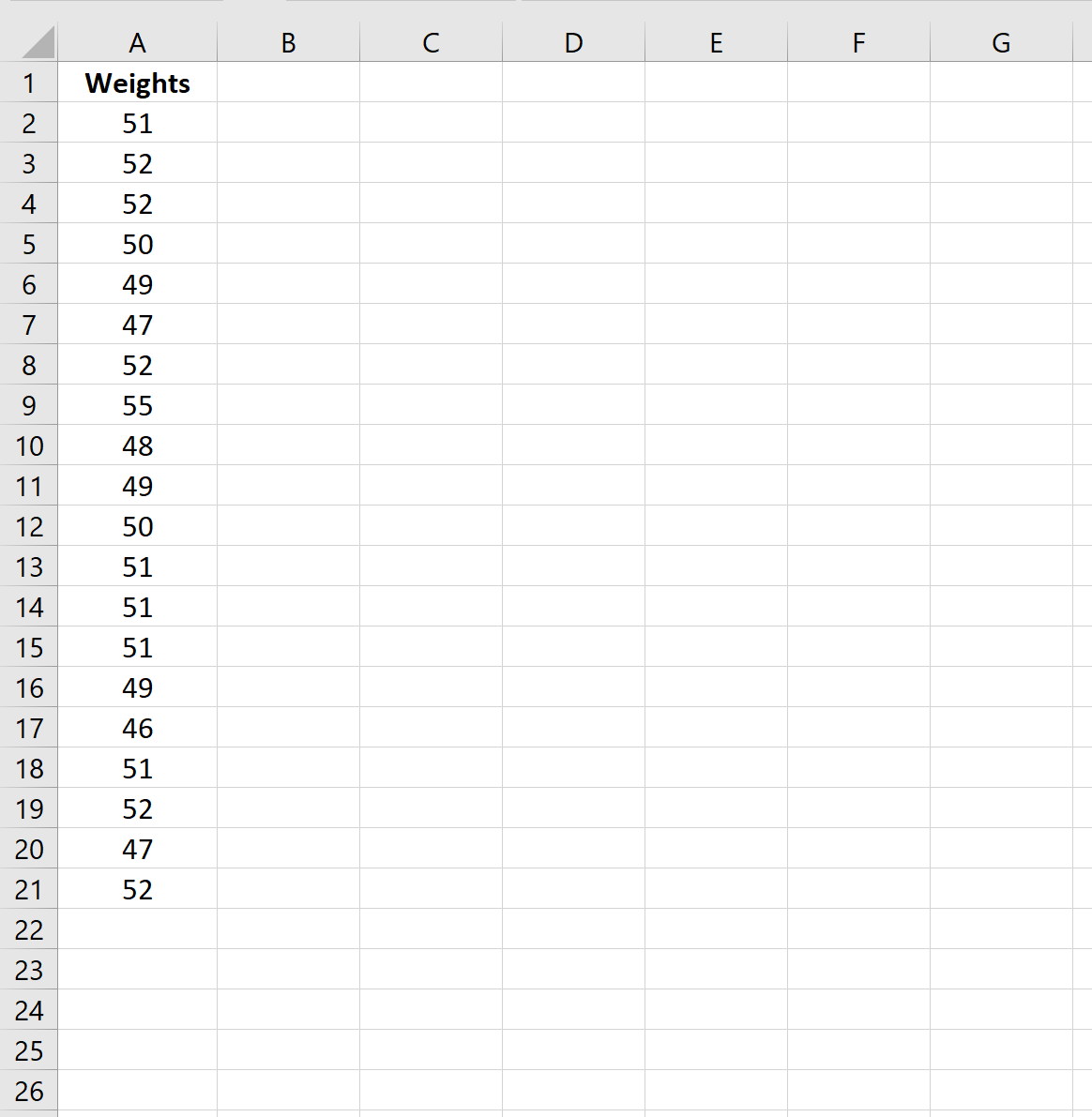 We can perform a sign test to determine if the median weight is significantly different from 50 pounds.

Next, let’s calculate the signs of each widget using the following rules:

We’ll use the following formula in Excel to do so: 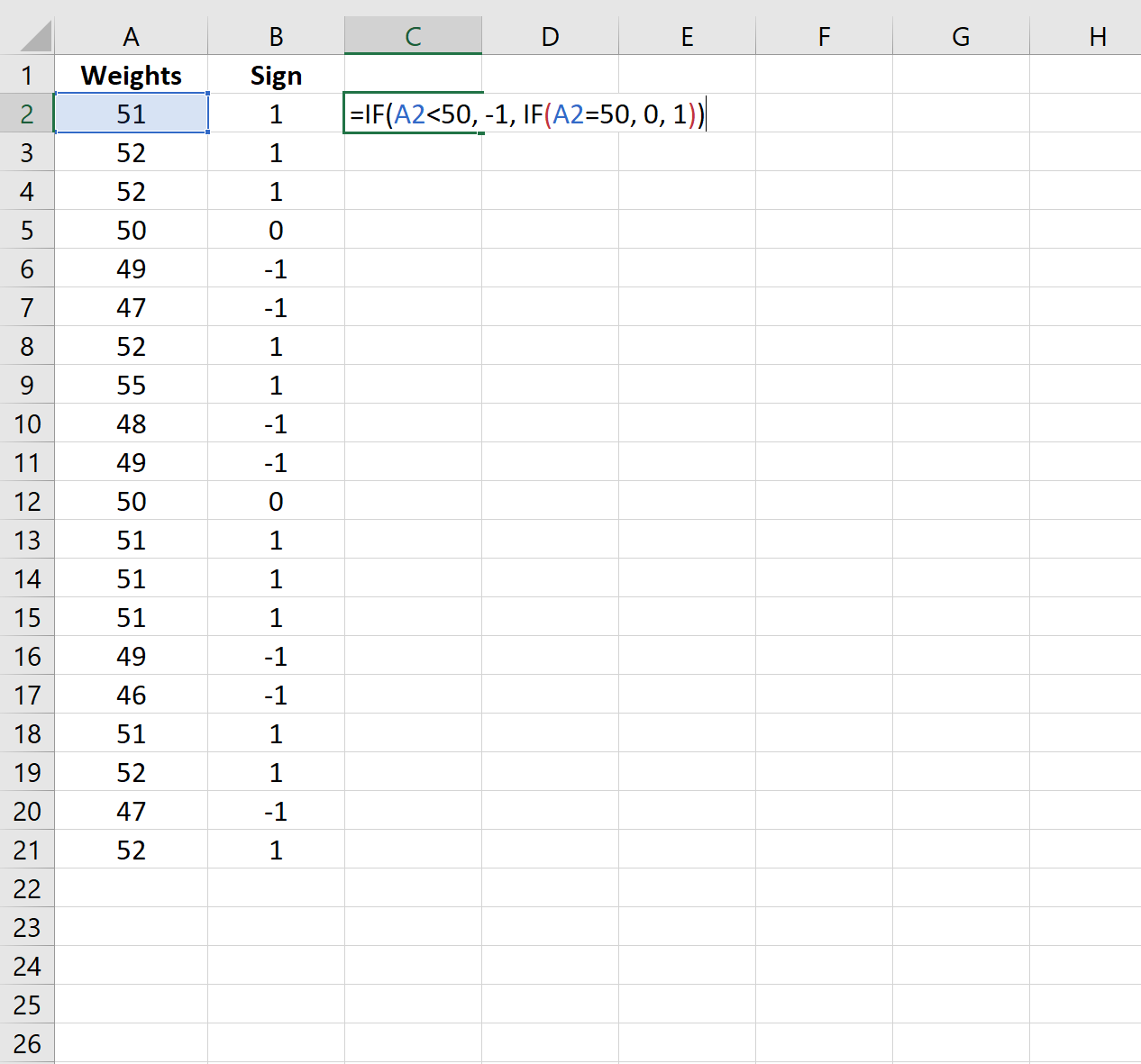 Step 3: Calculate the P-Value of the Test 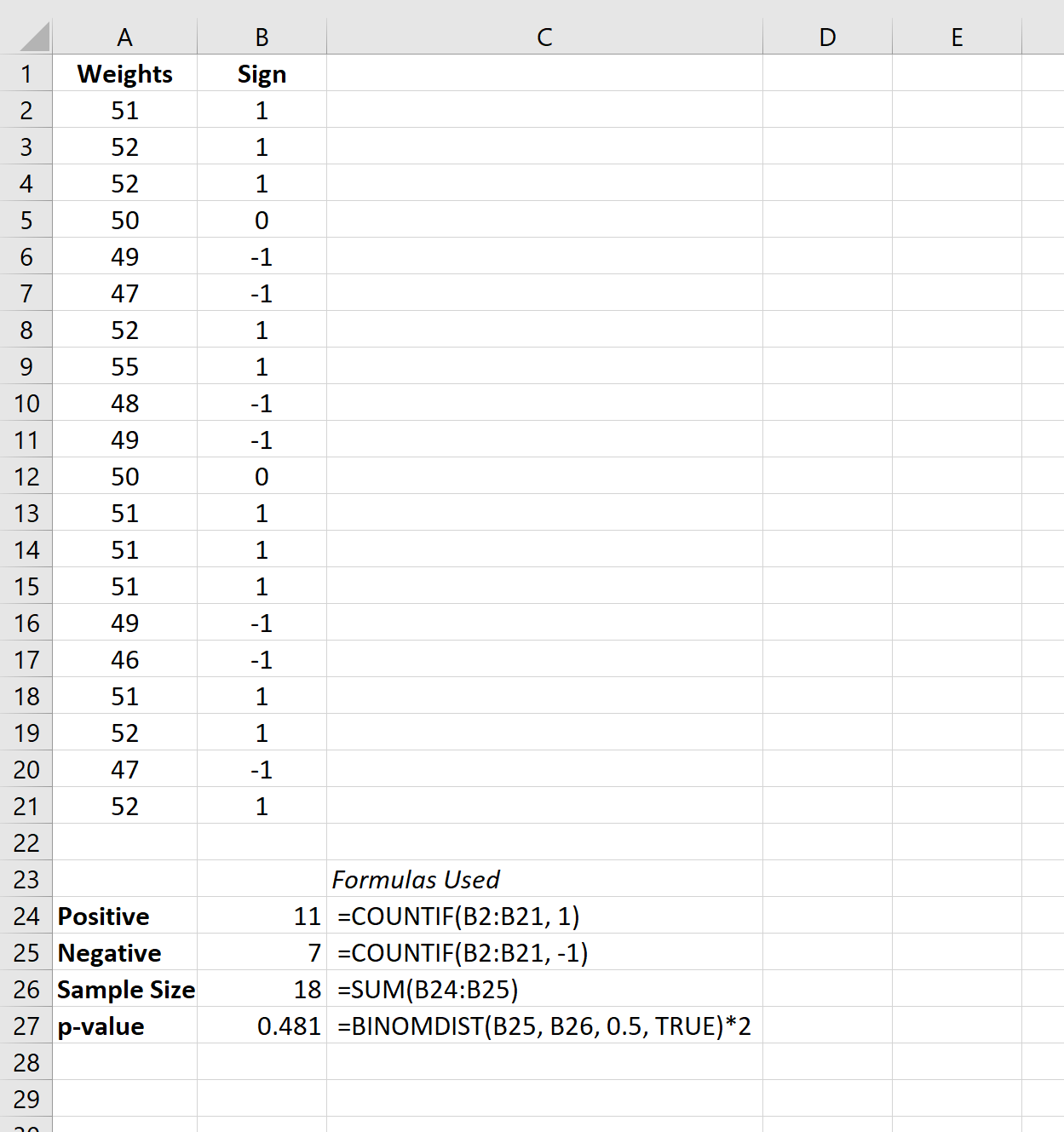 The sign test uses the following null and alternative hypotheses:

Since the p-value is not less than .05, we fail to reject the null hypothesis. This means we don’t have sufficient evidence to say that the true median weight of widgets produced is different than 50 pounds.

The following tutorials explain how to perform other common statistical tests in Excel: