You can use proc univariate in SAS with the normal statement to perform several normality tests on a variable in a dataset.

The following example shows how to use this procedure in practice.

Suppose we have the following dataset in SAS that contains information about various basketball players: 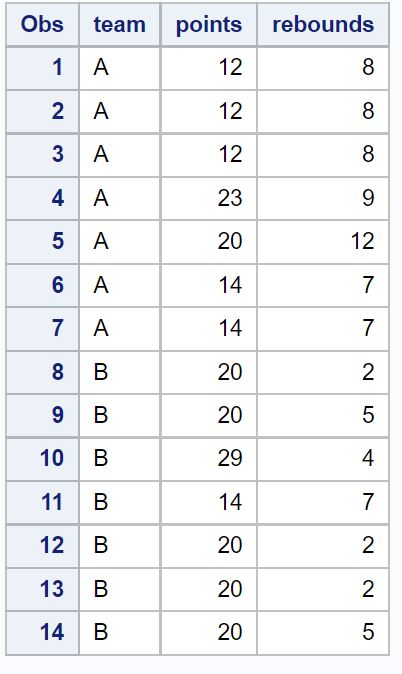 We can use proc univariate with the normal statement to perform various normality tests on the points variable:

Several tables will be shown in the output but the one titled Tests for Normality contains the results of the normality tests:

By default, SAS performs four normality tests and displays each of their test statistics and corresponding p-values:

Each normality test uses the following null and alternative hypotheses:

This means there is sufficient evidence to conclude that the points variable is not normally distributed.

Note that you can also create a histogram with a normal curve overlaid on it to visualize the distribution of values for the points variable: 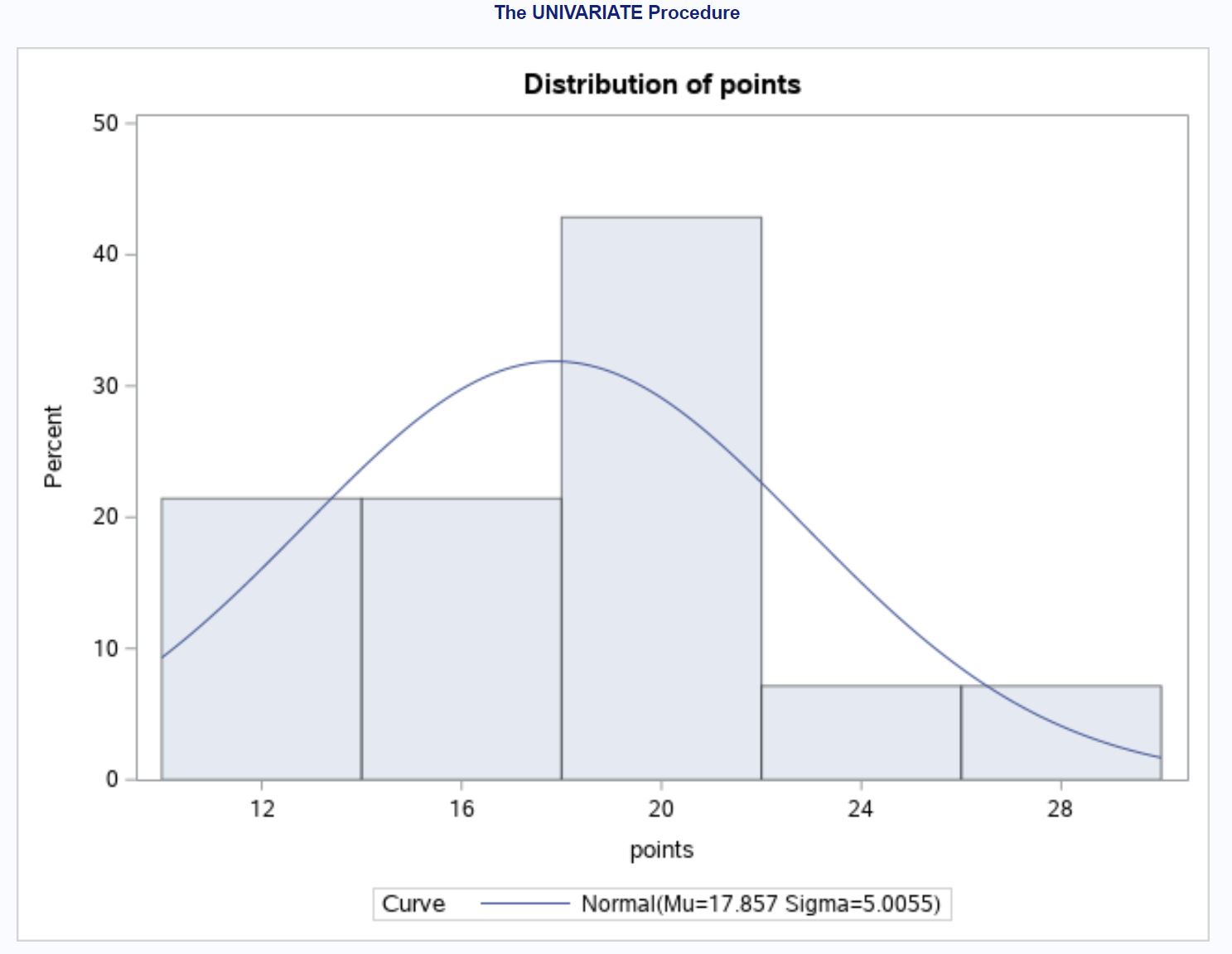 From the histogram we can see that the distribution of values doesn’t follow the normal curve very well, which agrees with the results of the normality tests that we performed.