We can use the CASE statement in SAS to create a new variable that uses case-when logic to determine the values to assign to the new variable.

The following example shows how to use the CASE statement in practice.

Suppose we have the following dataset in SAS: 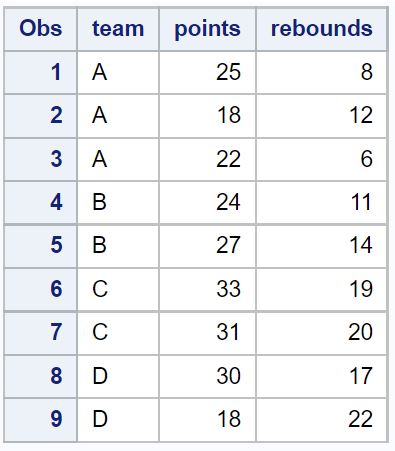 We can use the following CASE statement to create a new variable called Division whose values are based on the values of the team variable: 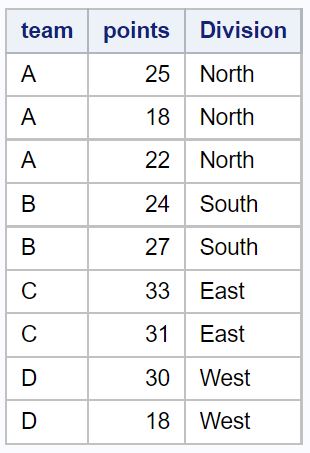 Note that a new variable Division was created whose values are based on the values for the team variable.