In each scenario, we are interested in answering some question about a population, which represents every possible individual element that we’re interested in measuring.

However, instead of collecting data on every individual in a population we instead collect data on a sample of the population, which represents a portion of the total population.

For example, we might want to know the mean weight of a certain species of turtle that has a total population of 800 turtles.

Since it would take too long to locate and weigh every single turtle in the population, we instead collect a simple random sample of 30 turtles and measure their weights: 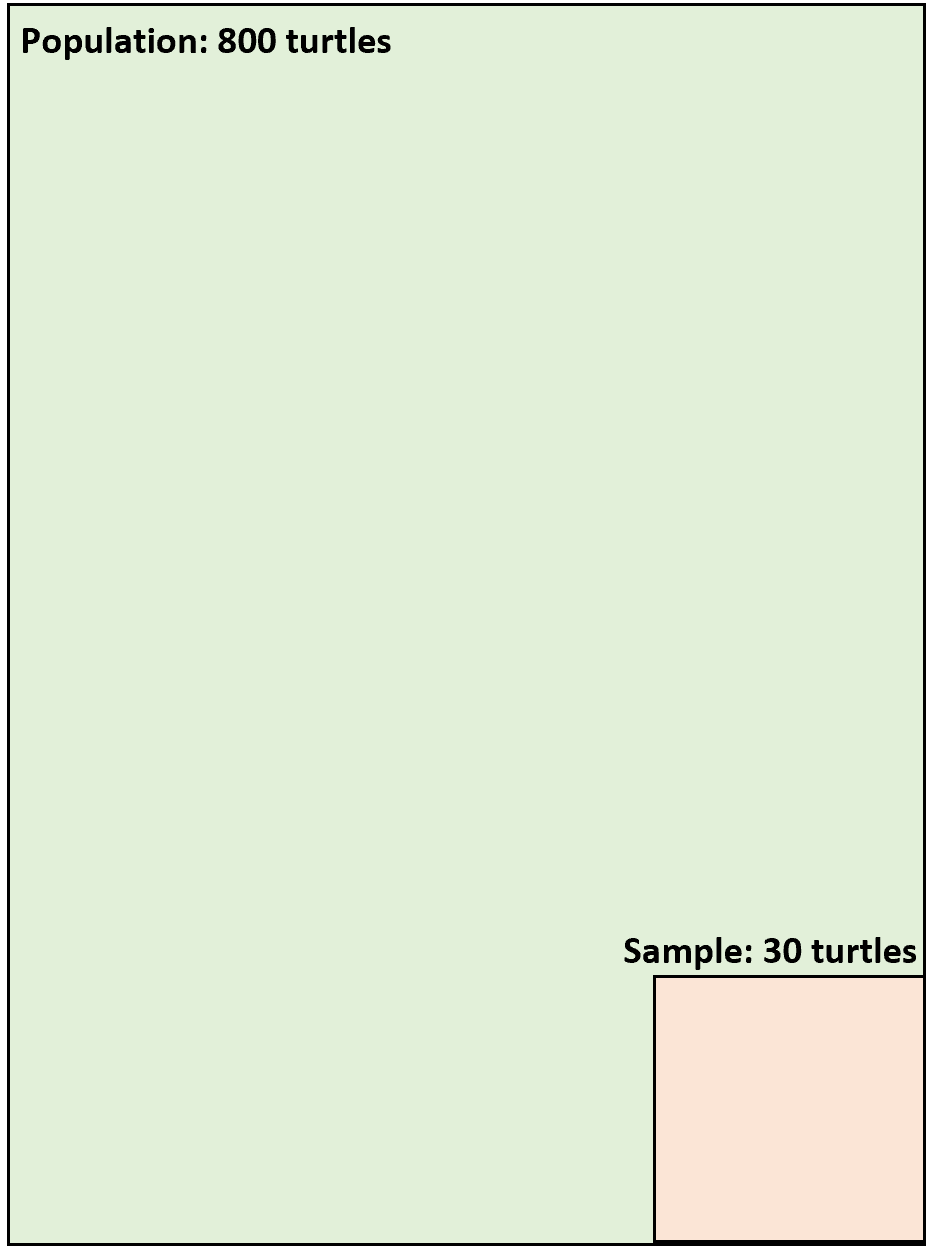 How to Calculate the Sample Mean

The formula to calculate the sample mean, often denoted x, is as follows:

For example, suppose we collect a sample of 10 turtles with the following weights (in pounds):

The sample mean would be calculated as:

Why the Sample Mean is Unbiased

In statistical jargon, we would say that the sample mean is a statistic while the population mean is a parameter.

A statistic is a number that describes some characteristic of a sample.

A parameter is a number that describes some characteristic of a population.

When we use a method like simple random sampling to obtain a sample, we say that the sample mean is an unbiased estimator of the population mean.

In other words, we have no reason to believe that the sample mean would underestimate or overestimate the true population mean.

The reason is because when we use a method like simple random sampling, every member in the population has an equal chance of being included in the sample, which means the sample is likely to be a “mini version” of the overall population.

On Using Confidence Intervals with the Sample Mean

In order to capture this uncertainty around our estimate of the population mean, we can create a confidence interval.

A confidence interval is a range of values that is likely to contain a population parameter with a certain level of confidence.

For example, we might collect a sample of 30 turtles and find that the mean weight of this sample is 102 pounds. If we then construct a 95% confidence interval, we might find that the interval is as follows:

We would interpret this to mean there is a 95% chance that the confidence interval of [98.5, 105.5] contains the true population mean weight of turtles.

This confidence interval is more useful than just the sample mean because it gives us a range of values that the true population mean is likely to fall in.