This tutorial explains how to calculate and visualize rolling correlations in Excel.

How to Calculate Rolling Correlations in Excel

Suppose we have the following two time series in Excel that display the total number of products sold for two different products during a 20-month period: 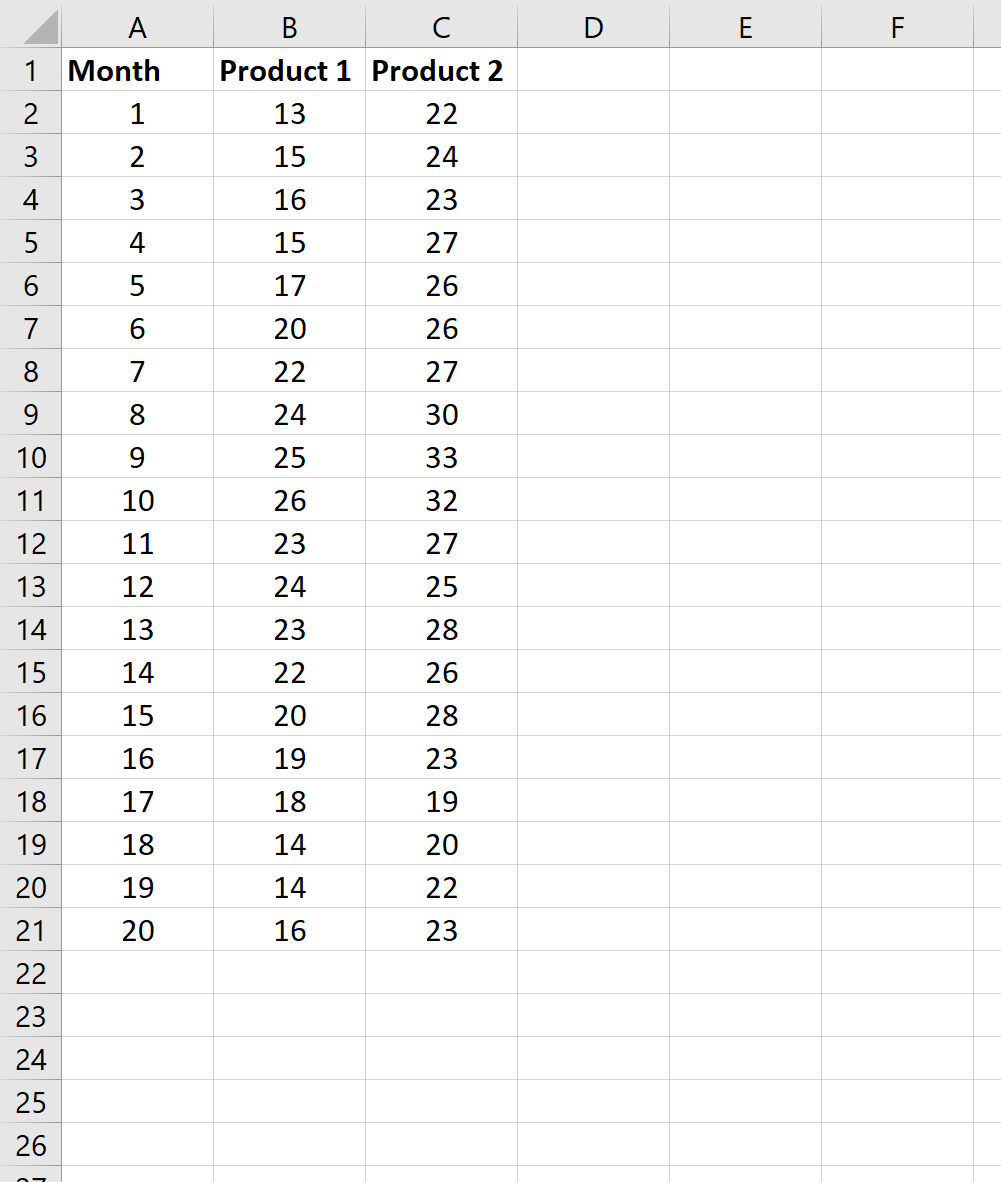 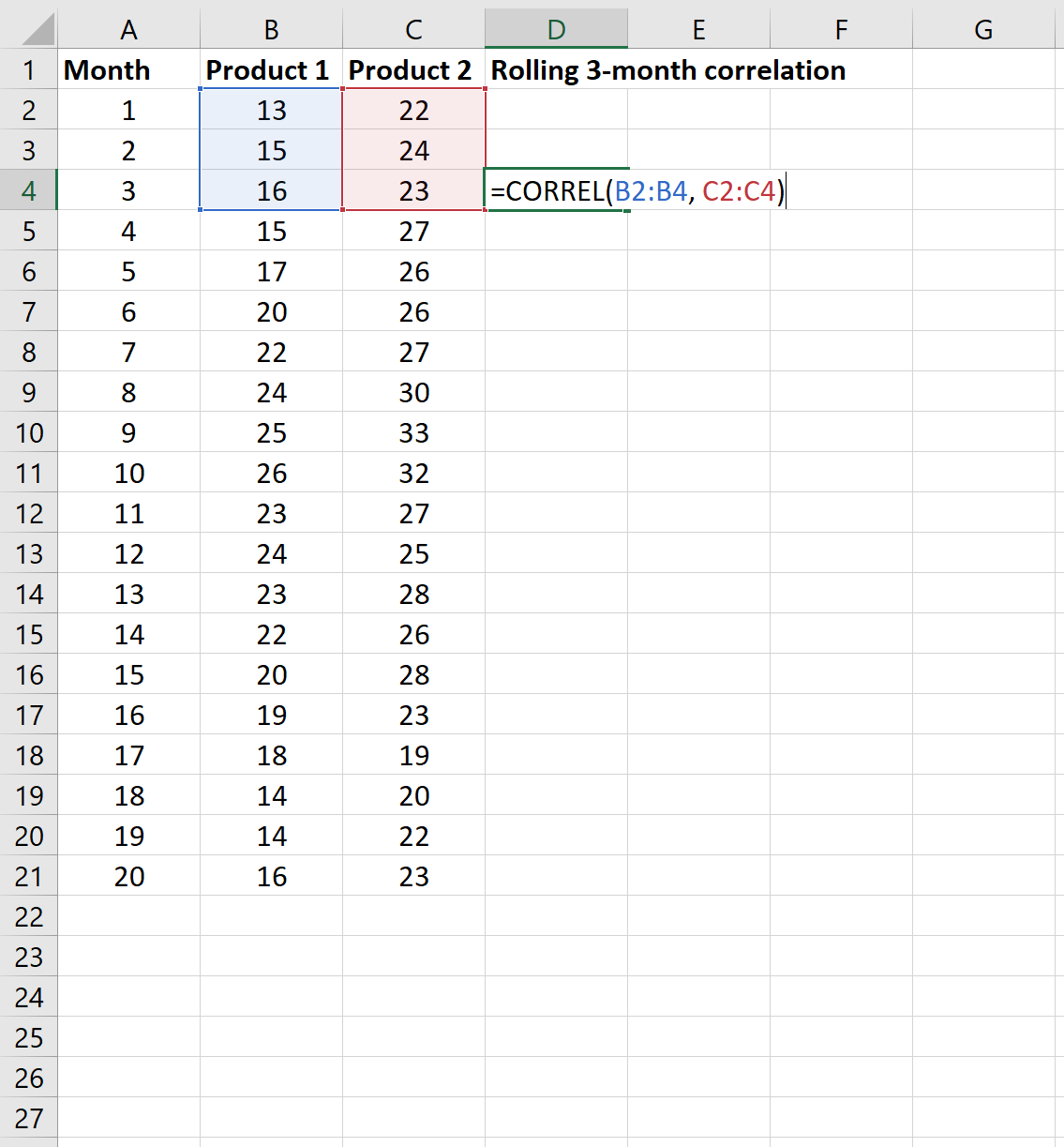 We can then drag this formula down to the rest of the cells in the column: 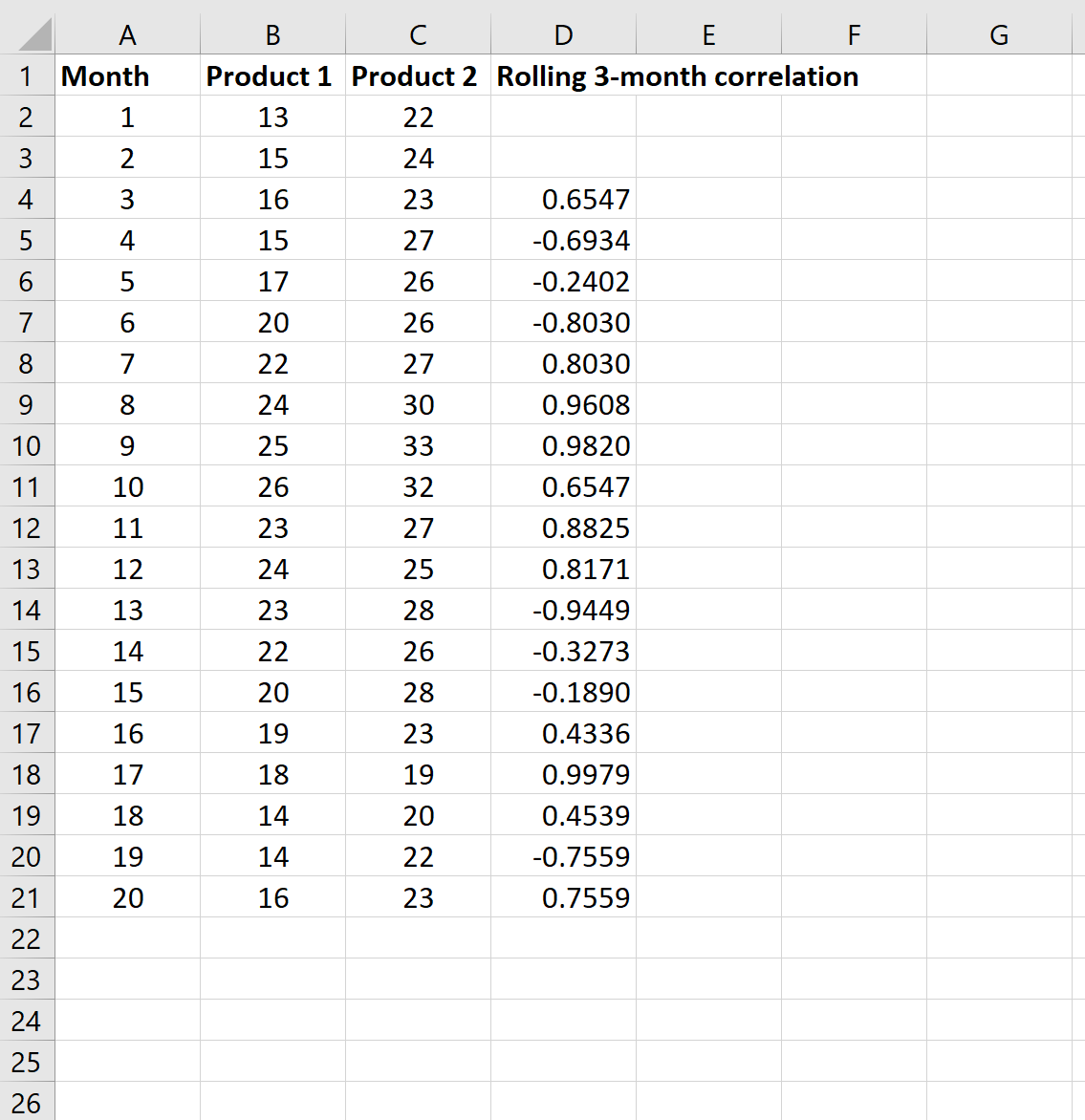 Each cell in the column titled “Rolling 3-month correlation” tells us the correlation between the two product sales for the previous 3 months.

Note that we could use a longer rolling time frame if we’d like as well. For example, we could instead calculate the rolling 6-month correlation: 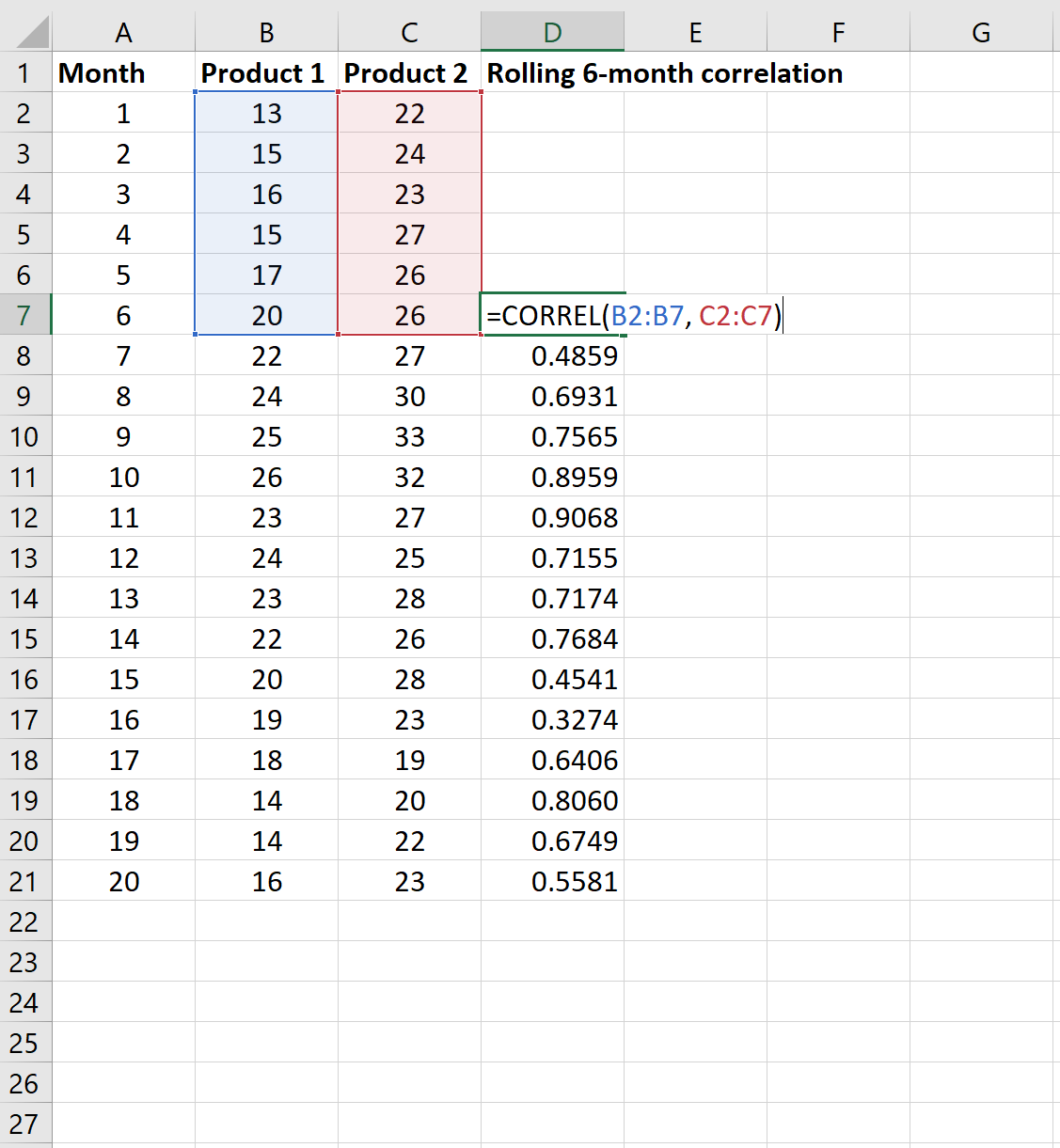 How to Visualize Rolling Correlations in Excel

First, highlight the values in the cell range D7:D21. 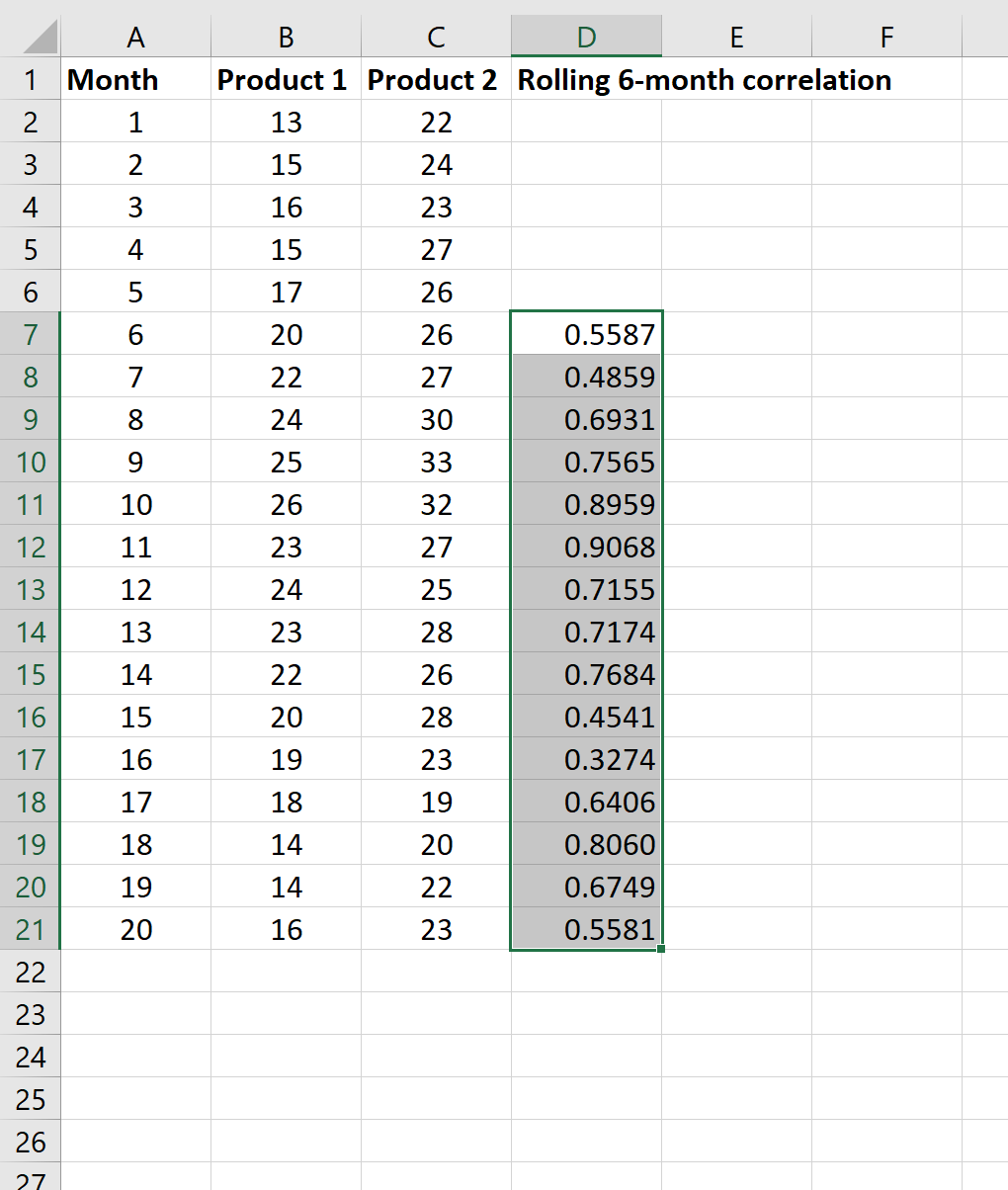 Next, click the Insert tab along the top ribbon in Excel. Within the Charts group, click on the first chart option in the Line or Area Chart section. 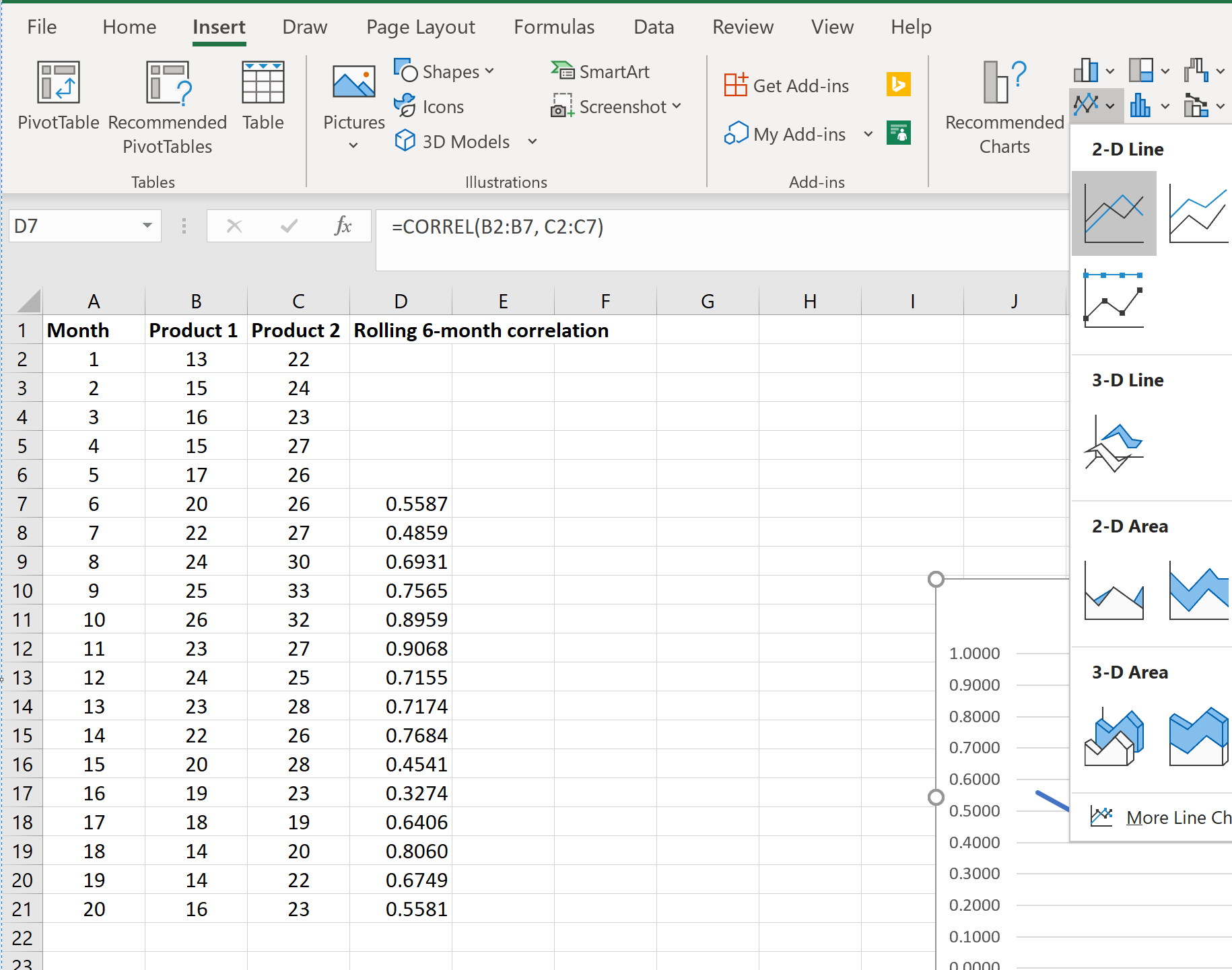 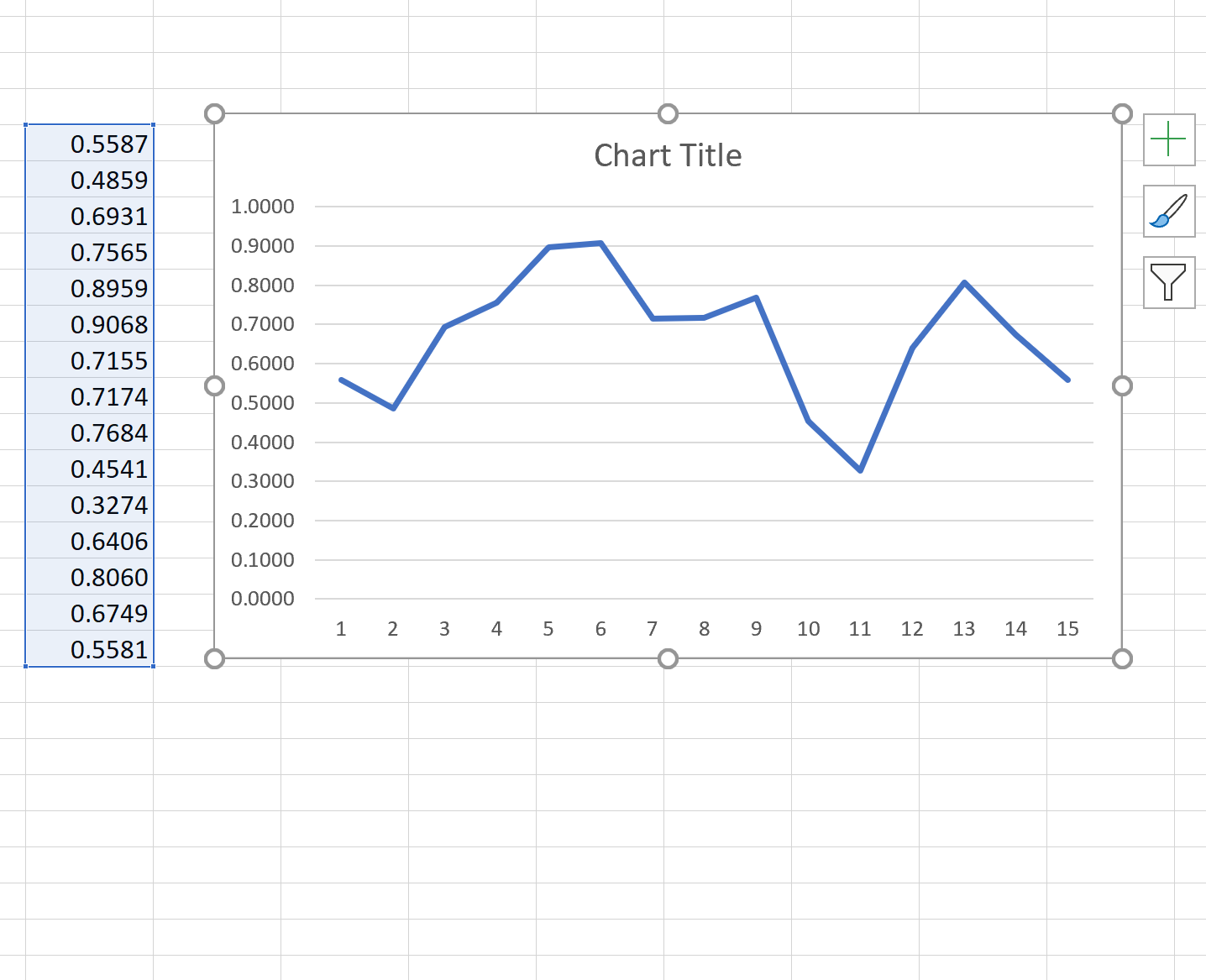