One easy way to visualize these two metrics is by creating a ROC curve, which is a plot that displays the sensitivity and specificity of a logistic regression model.

This tutorial explains how to create and interpret a ROC curve in Stata.

For this example we will use a dataset called lbw, which contains the folllowing variables for 189 mothers:

We will fit a logistic regression model to the data using age and smoking as explanatory variables and low birthweight as the response variable. Then we will create a ROC curve to analyze how well the model fits the data.

Gain a quick understanding of the dataset using the following command: 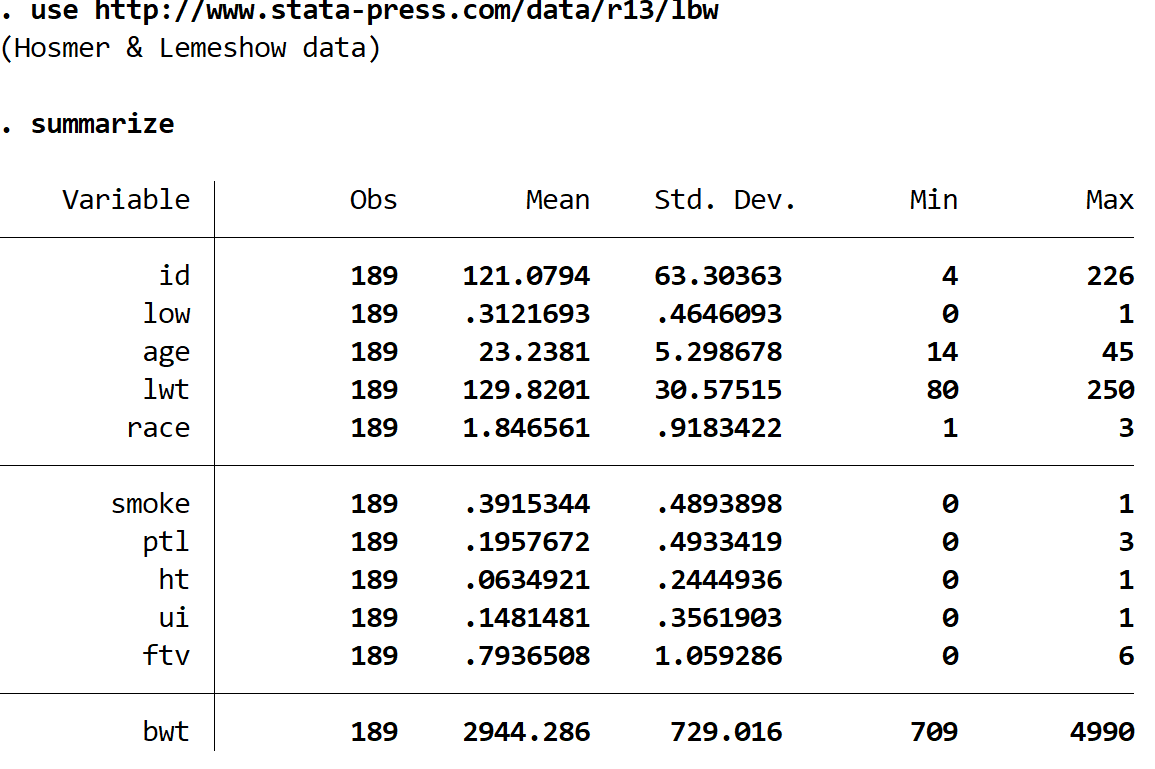 There are 11 different variables in the dataset, but the only three that we care about are low, age, and smoke.

Use the following command to fit the logistic regression model: 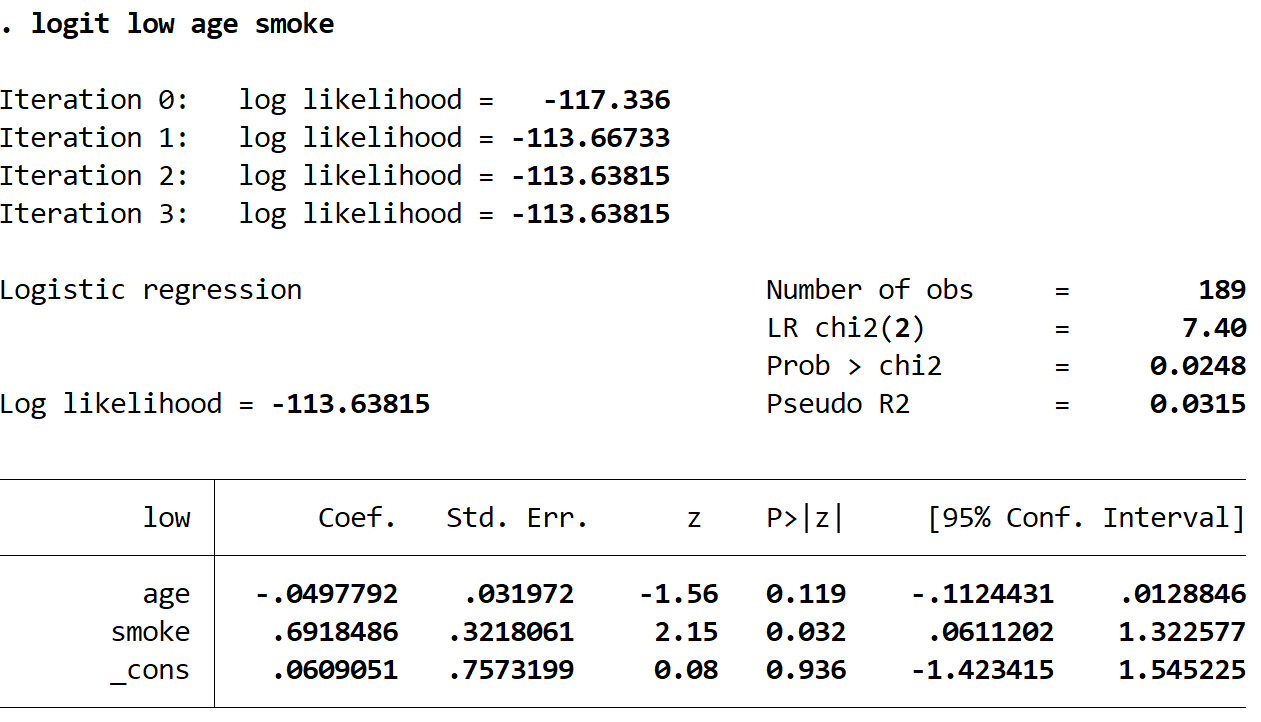 We can create the ROC curve for the model using the following command: 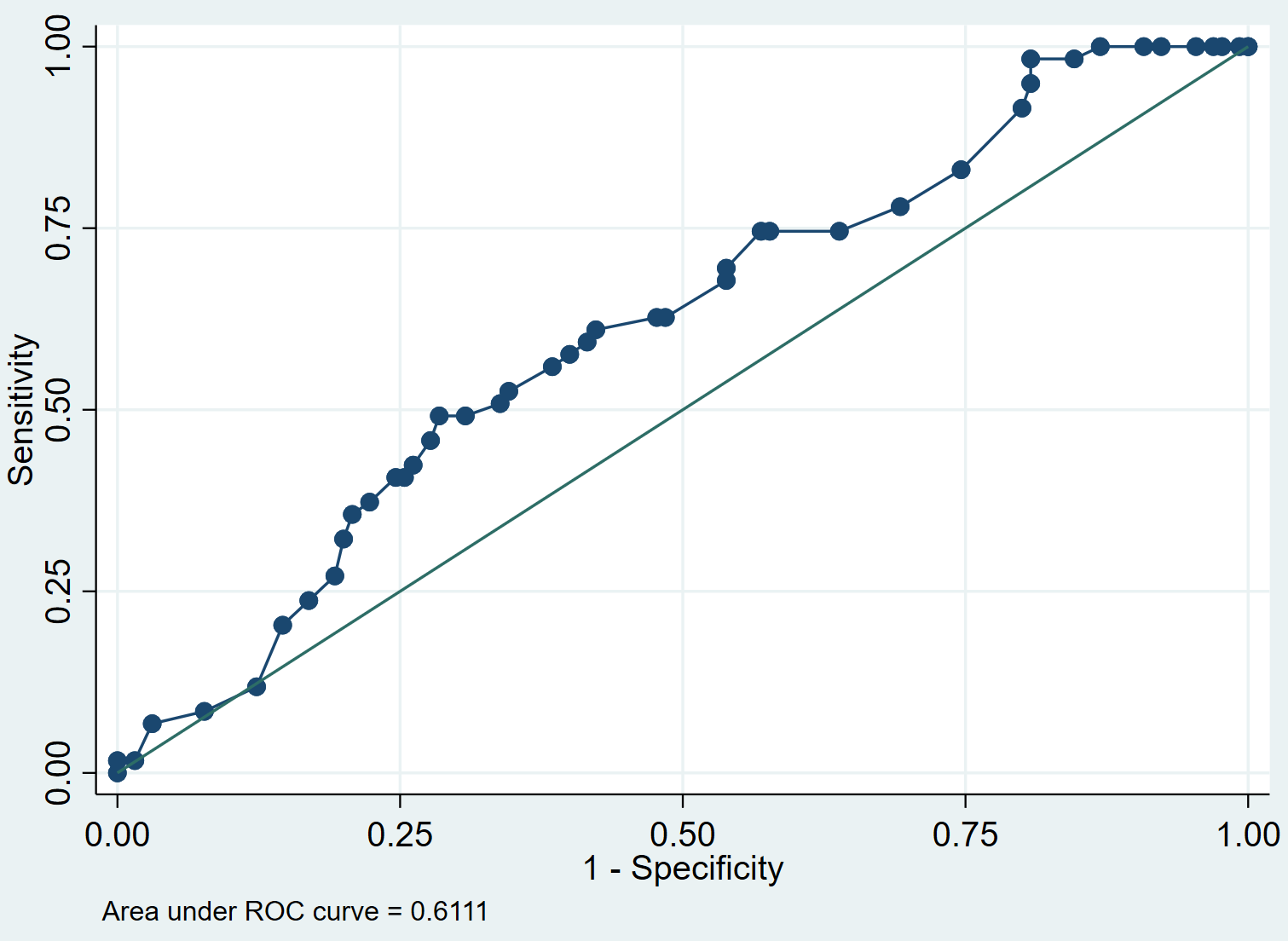 When we fit a logistic regression model, it can be used to calculate the probability that a given observation has a positive outcome, based on the values of the predictor variables.

The AUC (area under curve) gives us an idea of how well the model is able to distinguish between positive and negative outcomes. The AUC can range from 0 to 1. The higher the AUC, the better the model is at correctly classifying outcomes. In our example, we can see that the AUC is 0.6111.

We can use AUC to compare the performance of two or more models. The model with the higher AUC is the one that performs best.