One easy way to visualize these two metrics is by creating a ROC curve, which is a plot that displays the sensitivity and specificity of a logistic regression model.

This tutorial explains how to create and interpret a ROC curve in SPSS.

Suppose we have the following dataset that shows whether or not a basketball player got drafted into the NBA (0 = no, 1 = yes) along with their average points per game in college: 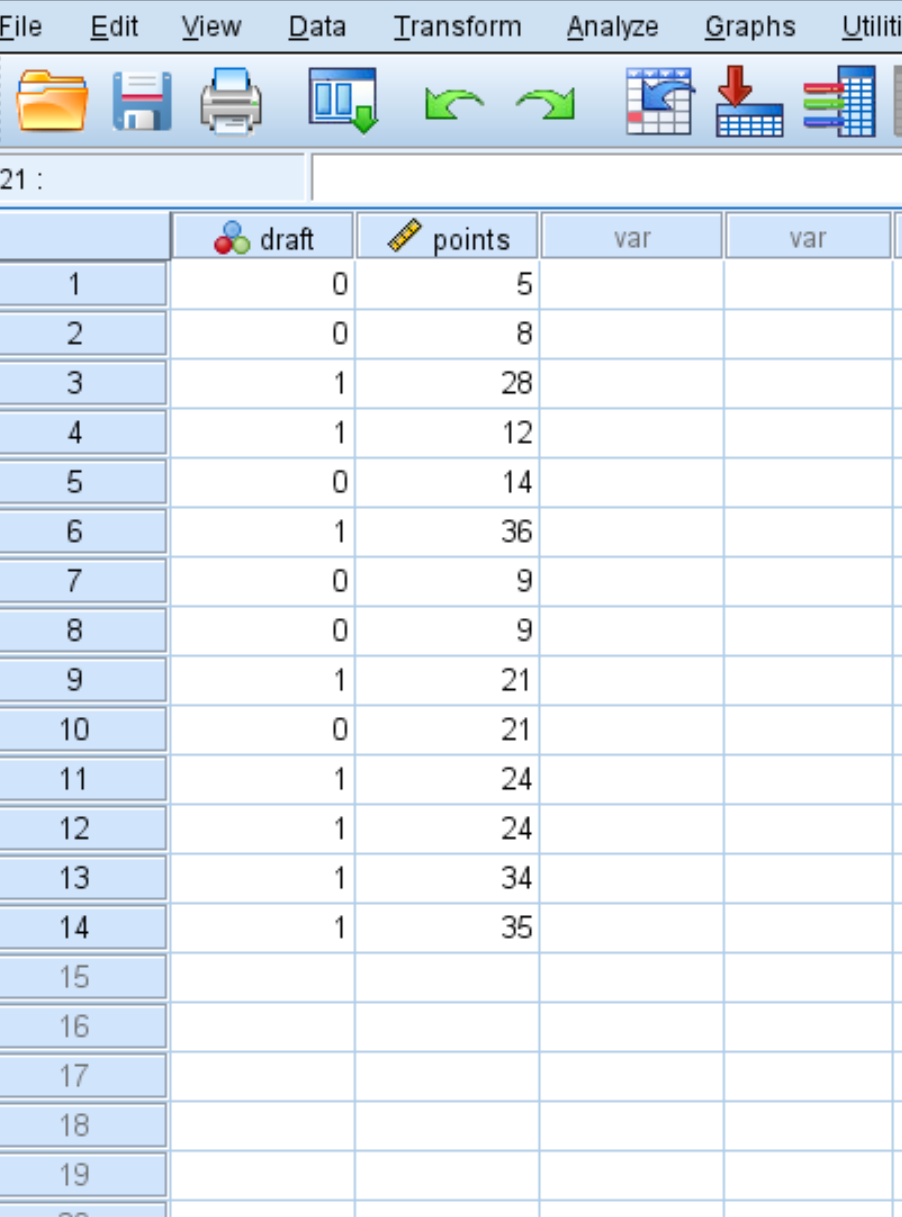 To create an ROC curve for this dataset, click the Analyze tab, then Classify, then ROC Curve: 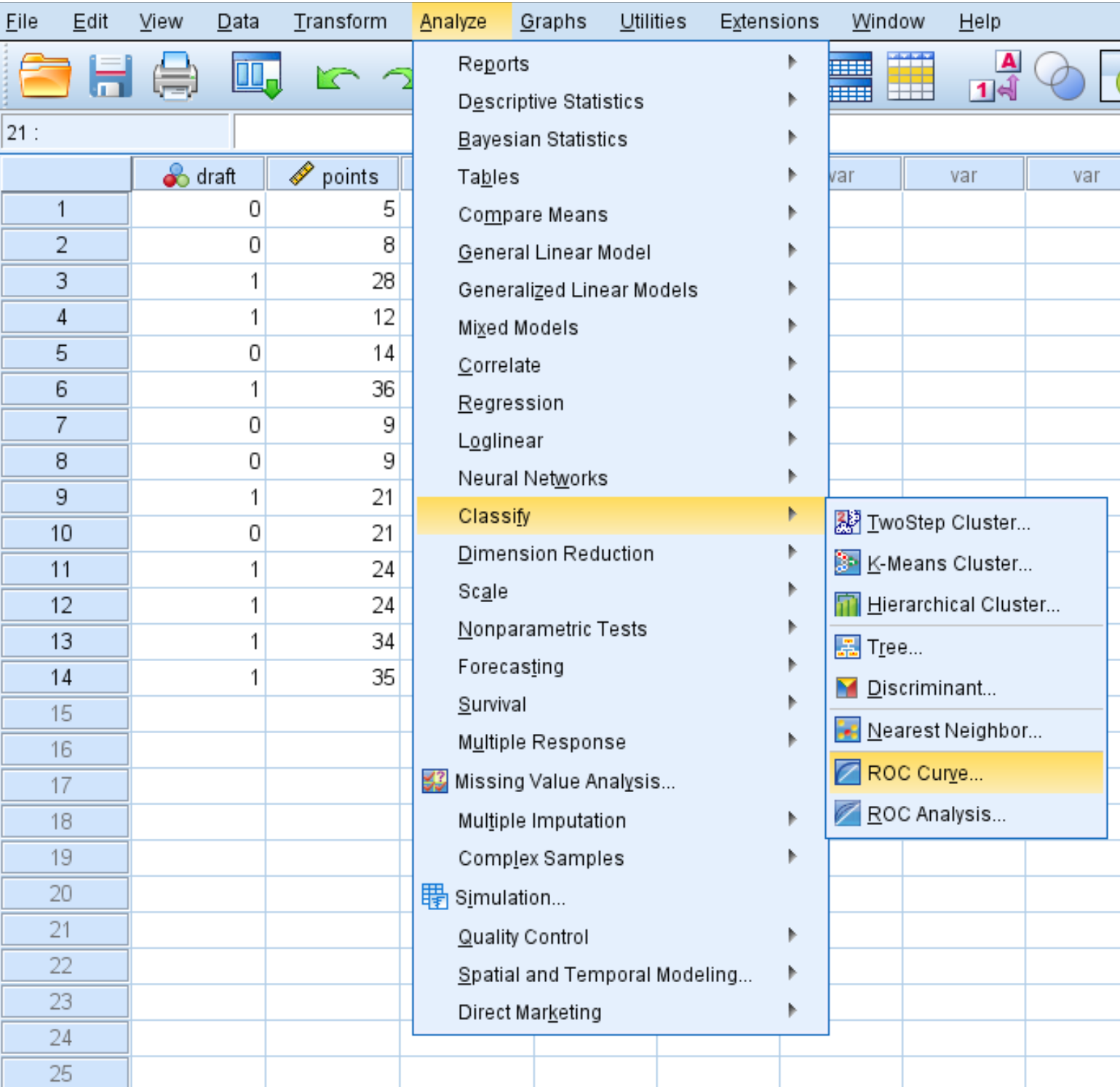 Check the boxes next to With diagonal reference line and Coordinate points of the ROC Curve. Then click OK. 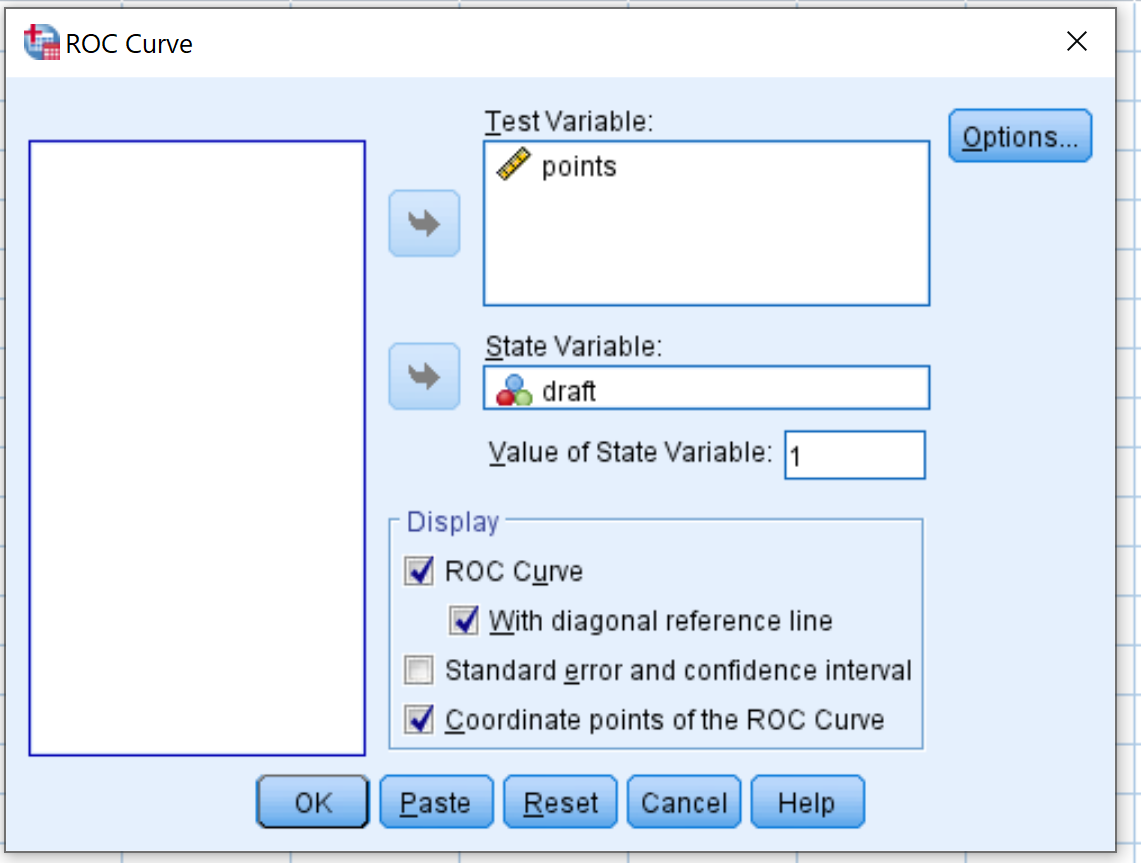 This table displays the total number of positive and negative cases in the dataset. In this example 8 players got drafted (positive result) and 6 players did not get drafted (negative result): 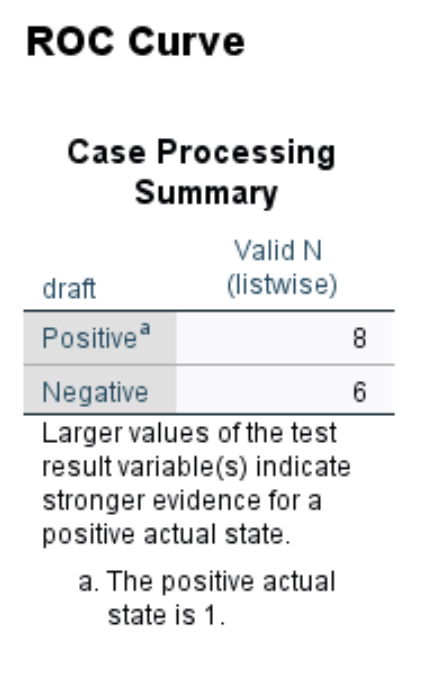 The ROC (Receiver Operating Characteristic) curve is a plot of the values of sensitivity vs. 1-specificity as the value of the cut-off point moves from 0 to 1: 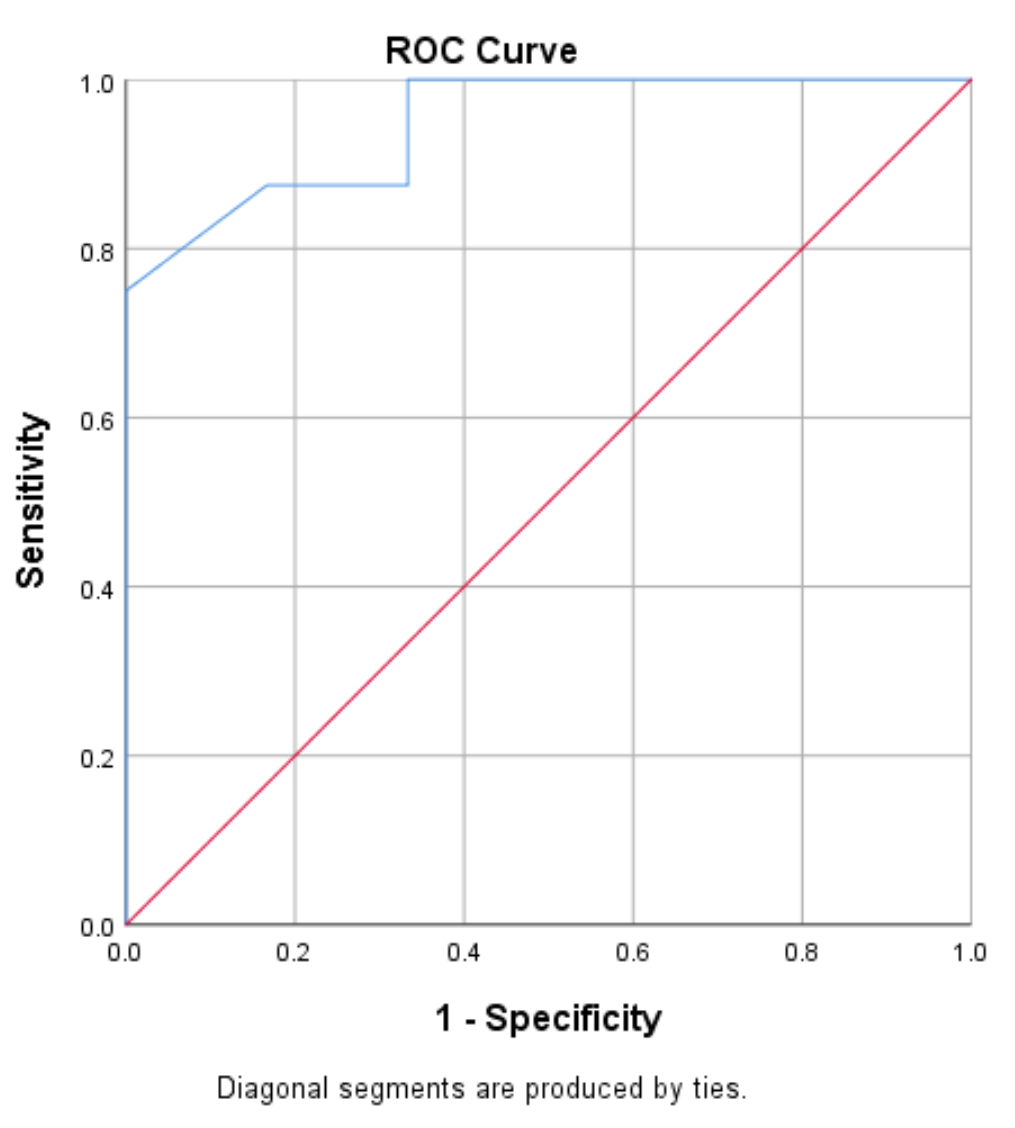 We can see that the ROC curve (the blue line) in this example hugs the top left corner of the plot, which indicates that the model does a good job of predicting whether or not players will get drafted, based on their average points per game.

Area Under the Curve:

The Area Under the Curve gives us an idea of how well the model is able to distinguish between positive and negative outcomes. The AUC can range from 0 to 1. The higher the AUC, the better the model is at correctly classifying outcomes. 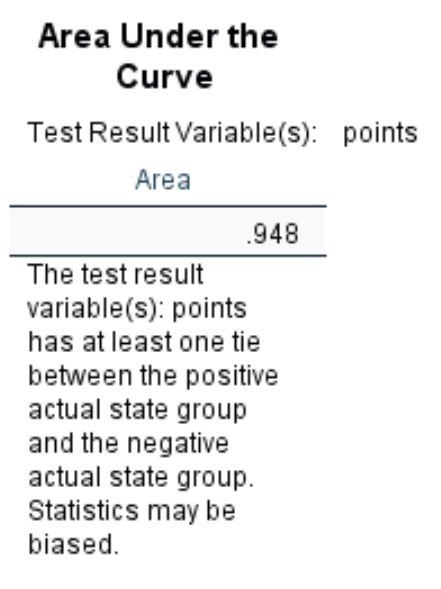 We can see that the AUC for this particular logistic regression model is .948, which is extremely high. This indicates that the model does a good job of predicting whether or not a player will get drafted.

Coordinates of the Curve:

This last table displays the sensitivity and 1 – specificity of the ROC curve for various cut-off points. 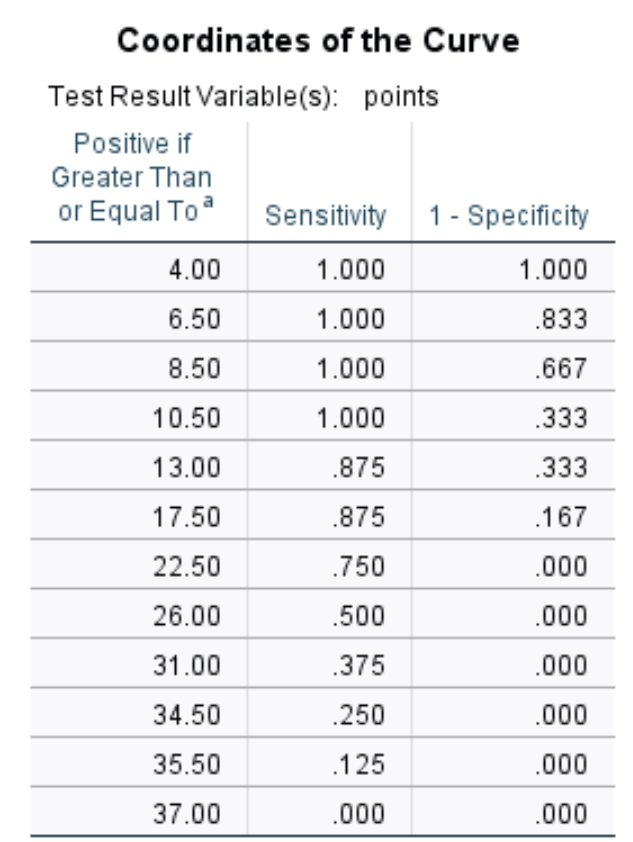 The table above allows us to see the sensitivity and 1-specificity for every potential cut-off point.