To assess how well a logistic regression model fits a dataset, we can look at the following two metrics:

One way to visualize these two metrics is by creating a ROC curve, which stands for “receiver operating characteristic” curve. This is a plot that displays the sensitivity and specificity of a logistic regression model.

The following step-by-step example shows how to create and interpret a ROC curve in SAS.

First, we’ll create a dataset that contains information on the following variables for 18 students:

Next, we’ll use proc logistic to fit the logistic regression model, using “acceptance” as the response variable and “gpa” and “act” as the predictor variables.

We will specify descending so SAS knows to predict the probability that the response variable will take on a value of 1.

We will also use plots(only)=roc to create the ROC curve for the model: 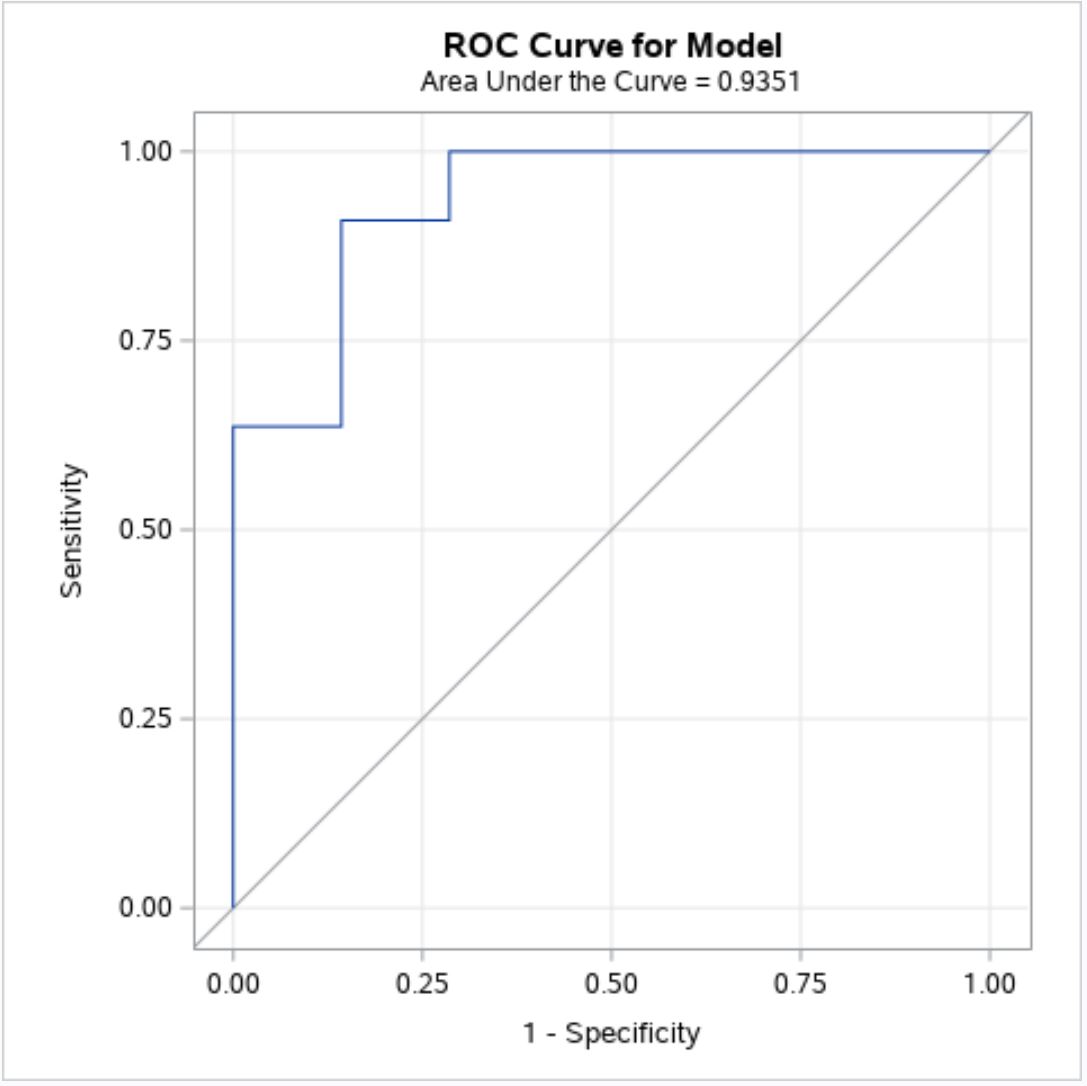 The more that the ROC curve hugs the top left corner of the plot, the better the model does at predicting the value of the response values in the dataset.

From the plot above we can see that the blue ROC curve tends to hug the top left corner, which indicates the the logistic regression model does a good job of predicting the value of the response values.

To quantify how well the logistic regression model fits the data, we can calculate the AUC – area under the curve – which tells us how much of the plot is located under the curve.

The closer AUC is to 1, the better the model. A model with an AUC equal to 0.5 is no better than a model that makes random classifications.

Under the title of the plot above we can see that the AUC for this model is 0.9351.

Since this value is close to one, it confirms that the model does a good job of predicting the value of the response values.

We can also use the AUC value to compare the fit of different logistic regression models.

For example, suppose we fit two different logistic regression models and calculate the AUC values for each:

Since the AUC of model 1 is greater, this tells us that model 1 does a better job of fitting the data than model 2.

The following tutorials explain how to perform other common operations in SAS: