One way to visualize these two metrics is by creating a ROC curve, which stands for “receiver operating characteristic” curve. This is a plot that displays the sensitivity and specificity of a logistic regression model.

The following step-by-step example shows how to create and interpret a ROC curve in Excel. 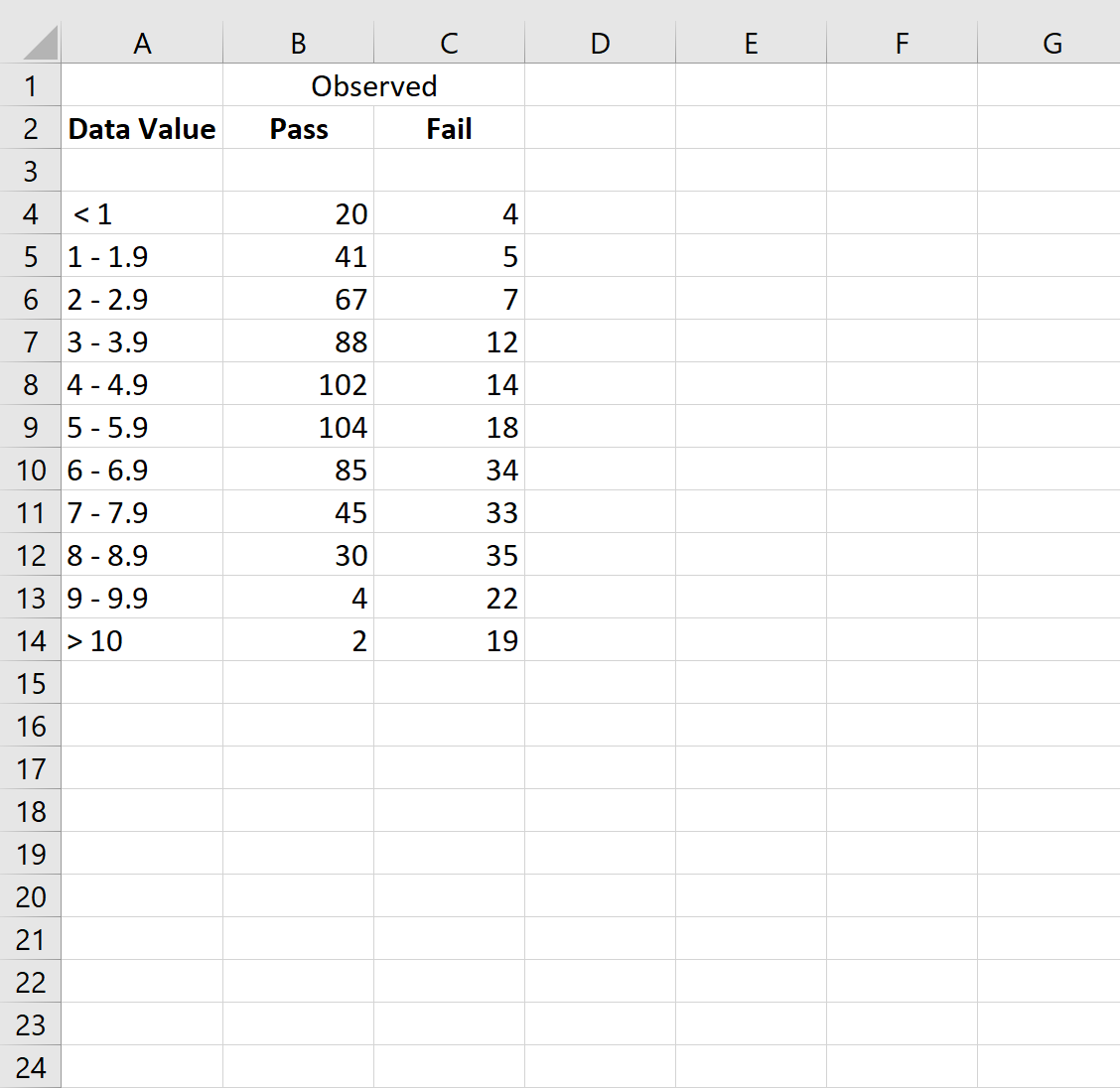 Next, let’s use the following formula to calculate the cumulative values for the Pass and Fail categories:

We’ll then copy and paste these formulas down to every cell in column D and column E: 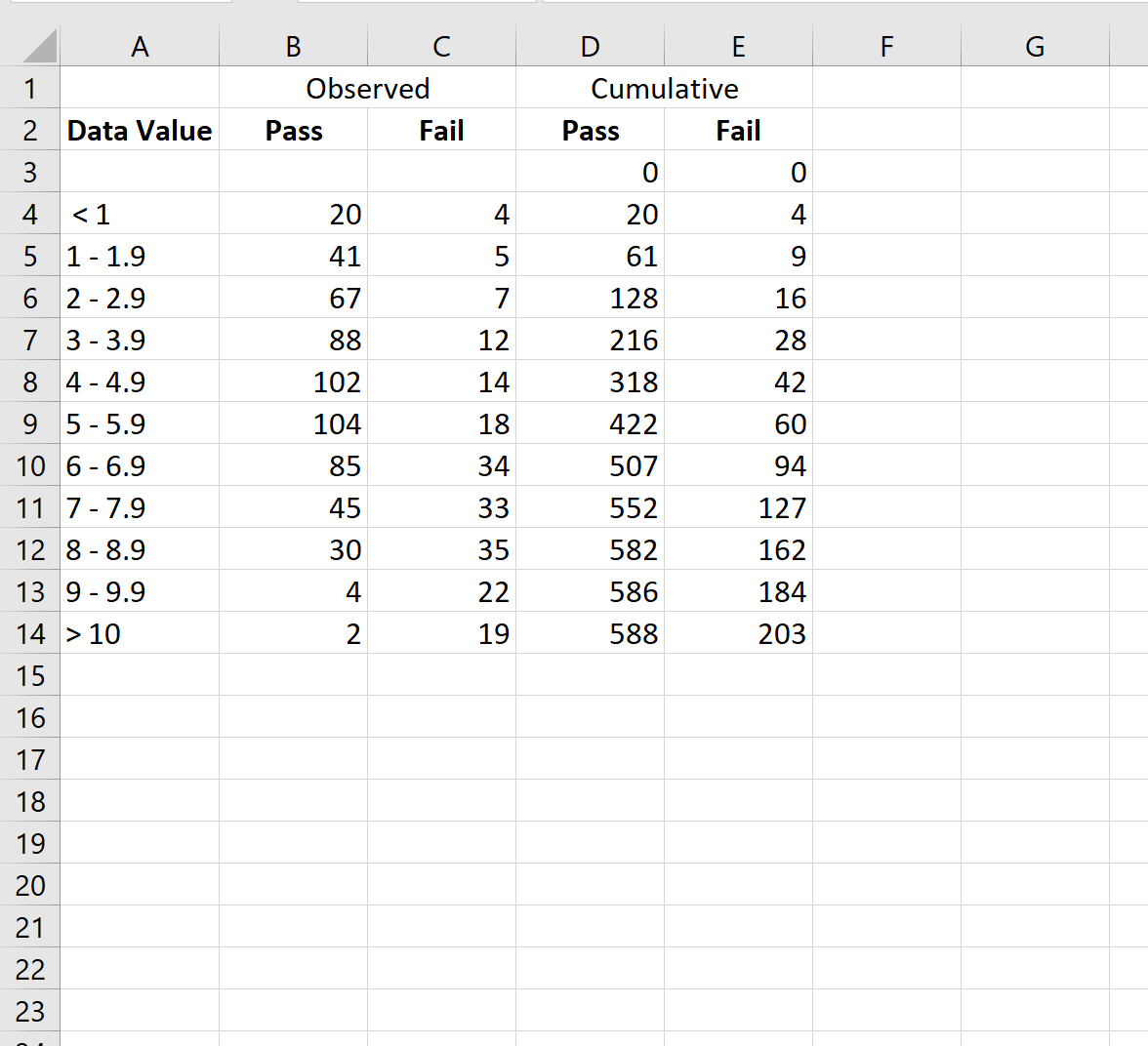 We’ll then copy and paste these formulas down to every cell in columns F, G, and H: 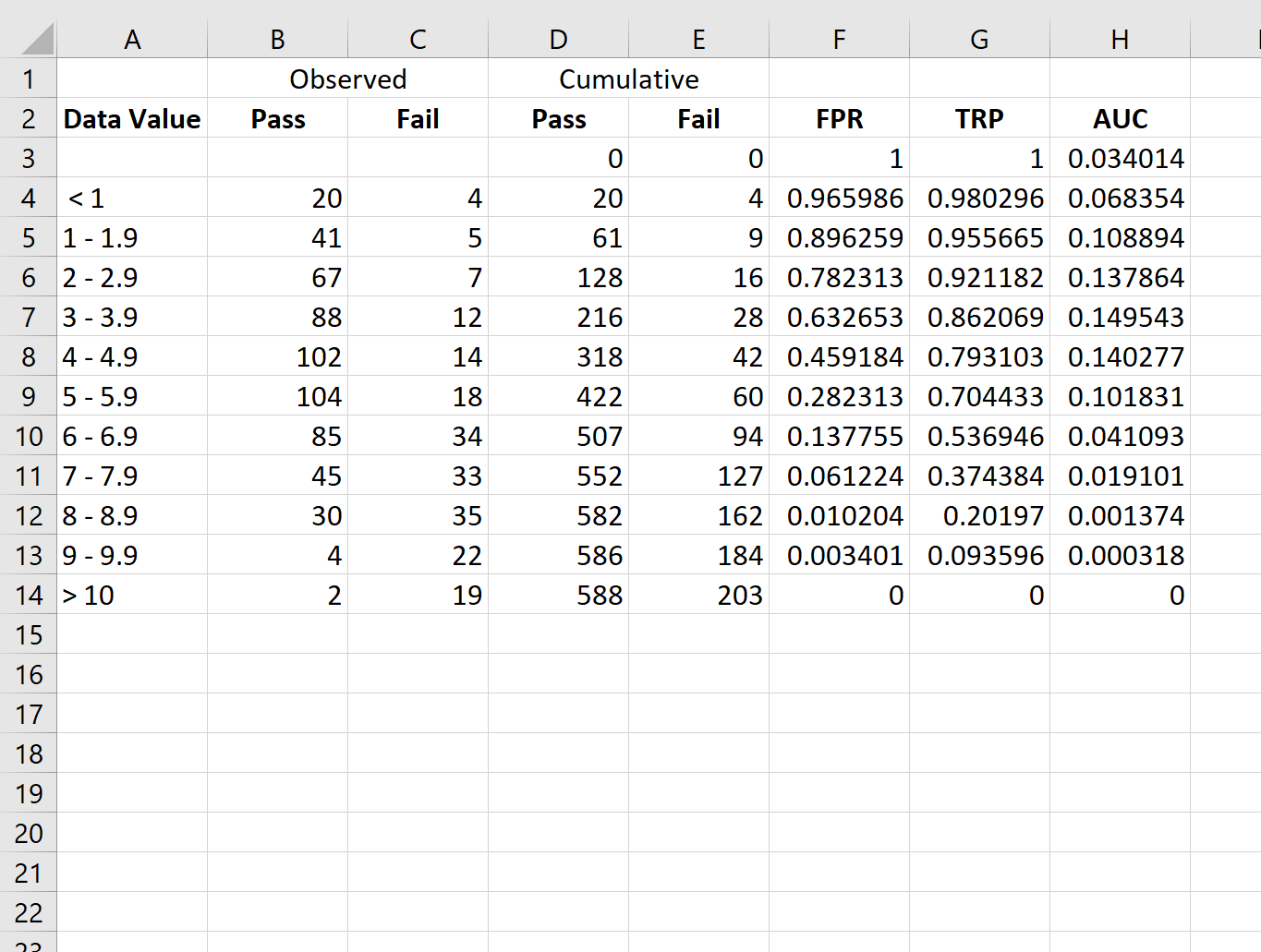 To create the ROC curve, we’ll highlight every value in the range F3:G14.

Then we’ll click the Insert tab along the top ribbon and then click Insert Scatter(X, Y) to create the following plot: 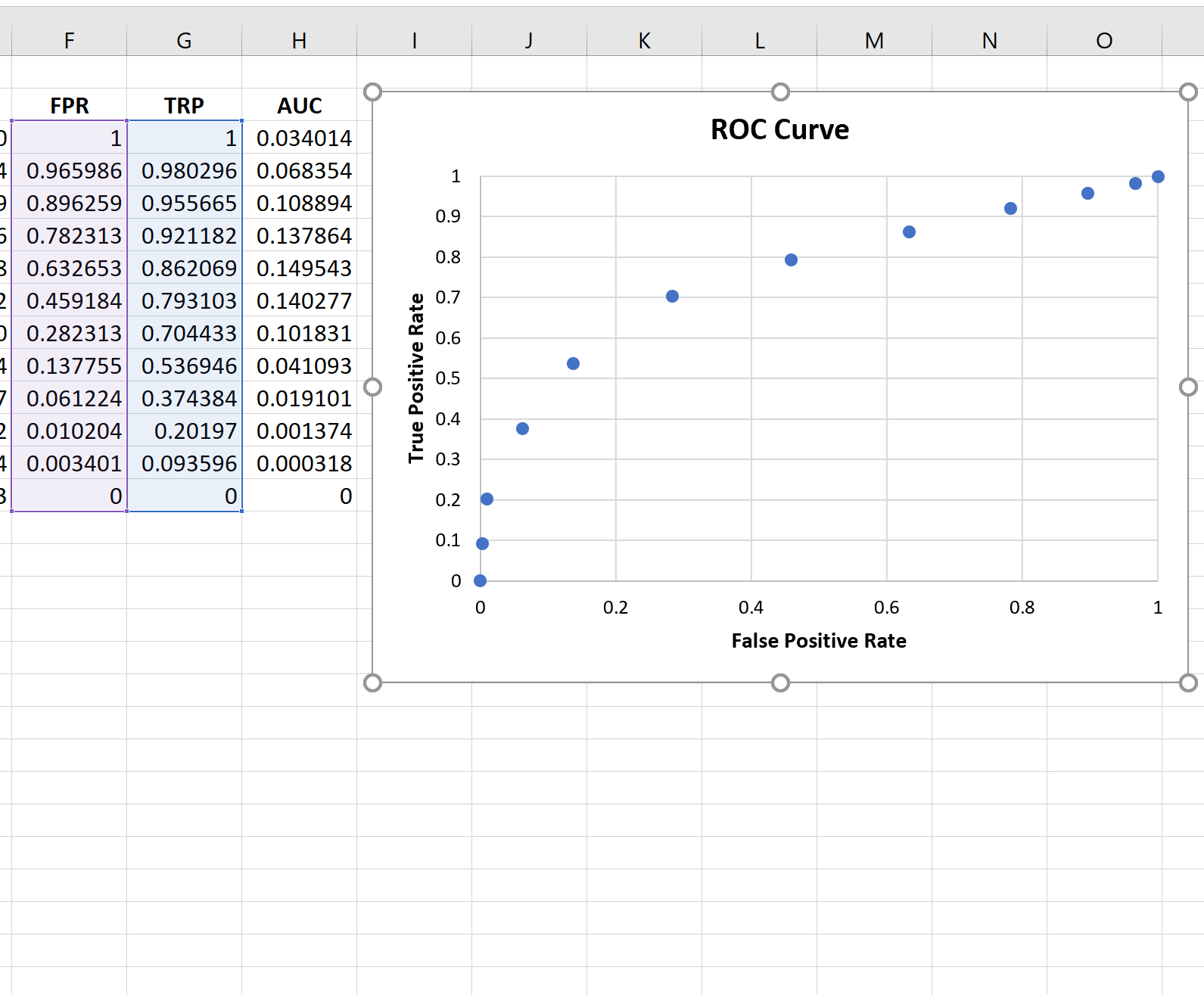 The more that the curve hugs the top left corner of the plot, the better the model does at classifying the data into categories.

As we can see from the plot above, this logistic regression model does a pretty good job of classifying the data into categories.

The closer AUC is to 1, the better the model. A model with an AUC equal to 0.5 is no better than a model that makes random classifications.

To calculate the AUC of the curve, we can simply take the sum of all of the values in column H: 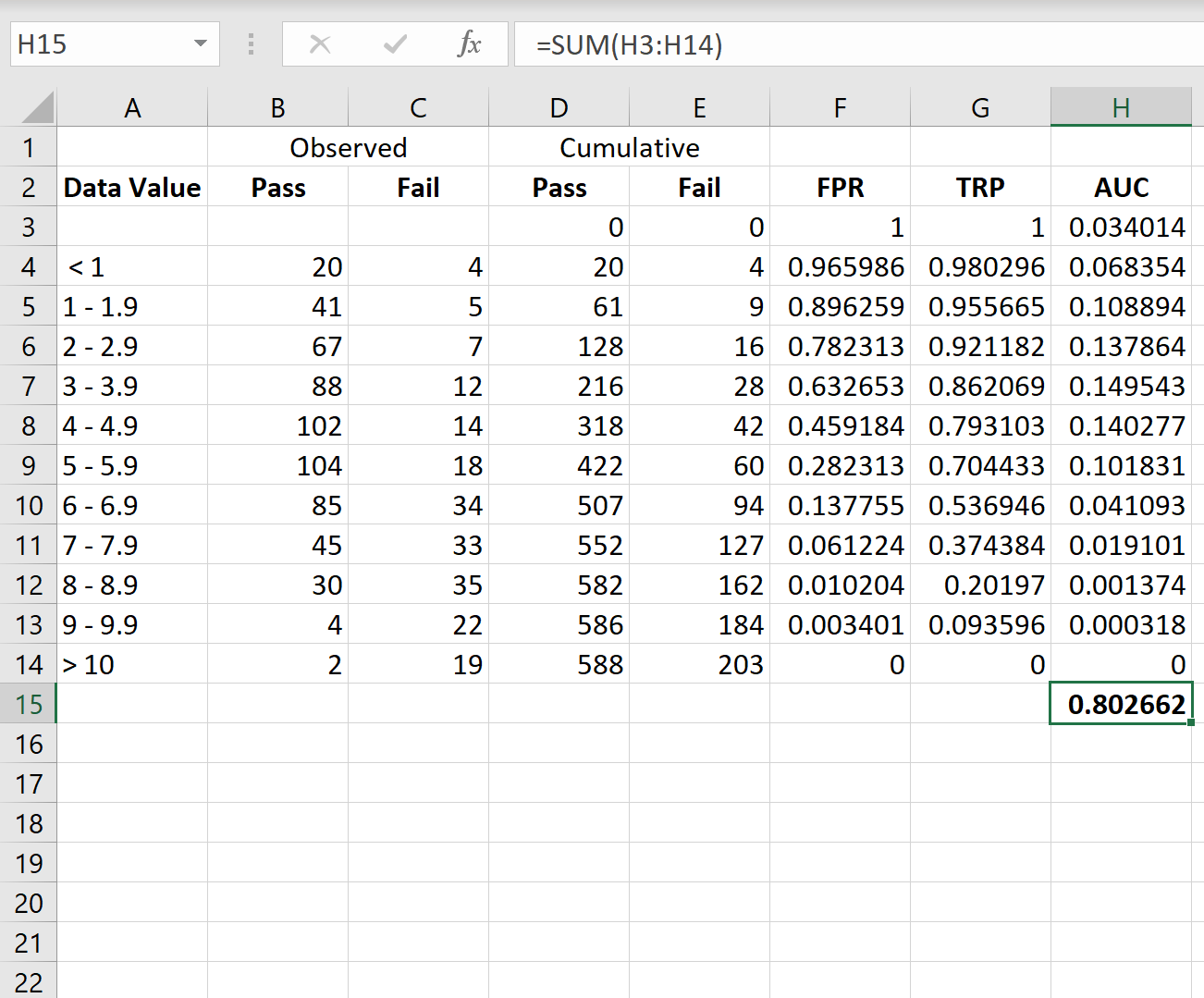 The AUC turns out to be 0.802662. This value is fairly high, which indicates that the model does a good job of classifying the data into ‘Pass’ and ‘Fail’ categories.

The following tutorials explain how to create other common plots in Excel: