Often in statistics we’re interested in measuring the correlation between two variables. This helps us understand the following:

Unfortunately, one problem that can occur when measuring the correlation between two variables is known as restriction of range. This occurs when the range of values measured for one of the variables is restricted for some reason.

For example, suppose we’d like to measure the correlation between hours studied and exam score for students at a particular school.

If we collect data on these two variables for all 1,000 students in the school, we may find that the correlation between hours studied and exam score is 0.73. 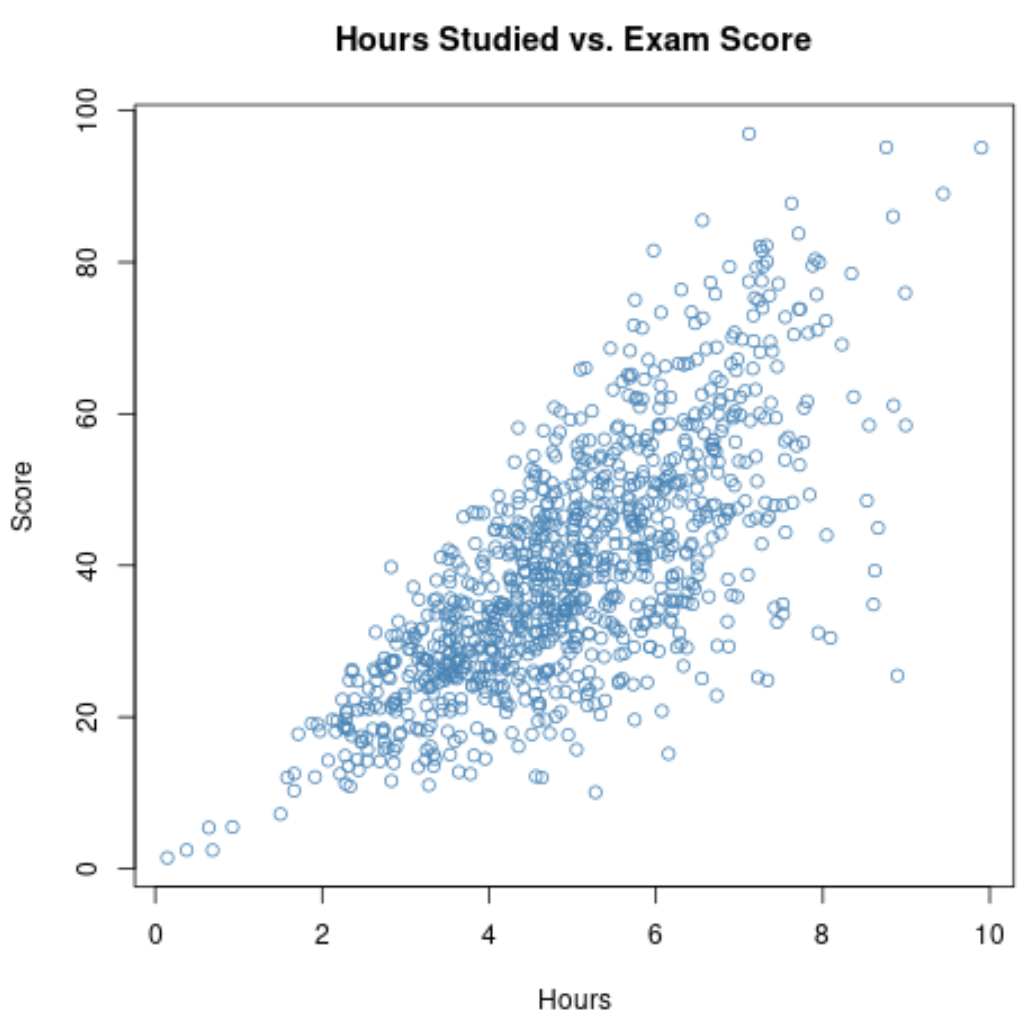 This correlation is quite high, which indicates a strong positive relationship between the two variables. As students study more, they tend to earn higher exam scores.

However, suppose we only collected data for students in Honors courses. It might turn out that all of these students studied for at least 6 hours.

Thus, if we calculate the correlation between hours studied and exam score for these students, we would be using a restricted range for the variable hours studied. 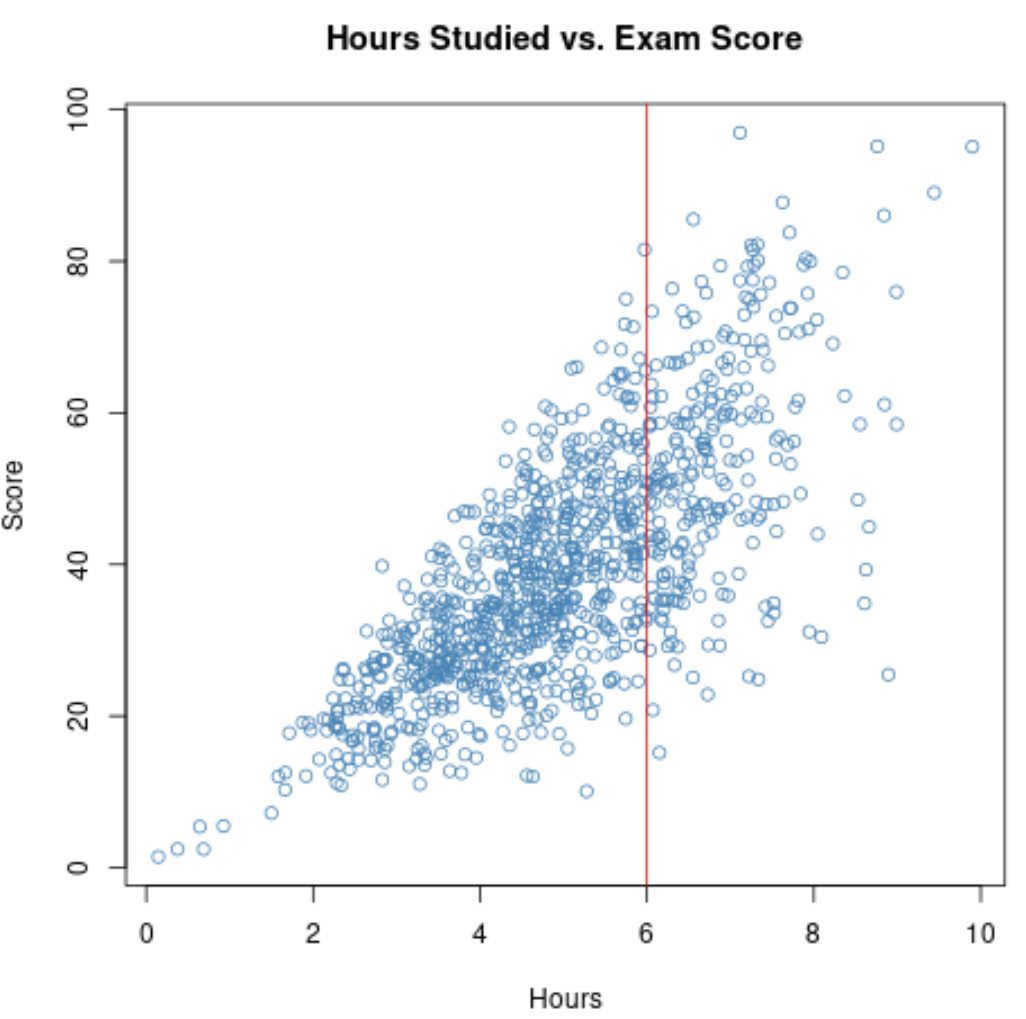 If we zoom in on the scatterplot for the range where Hours is greater than 6, here’s what the plot looks like: 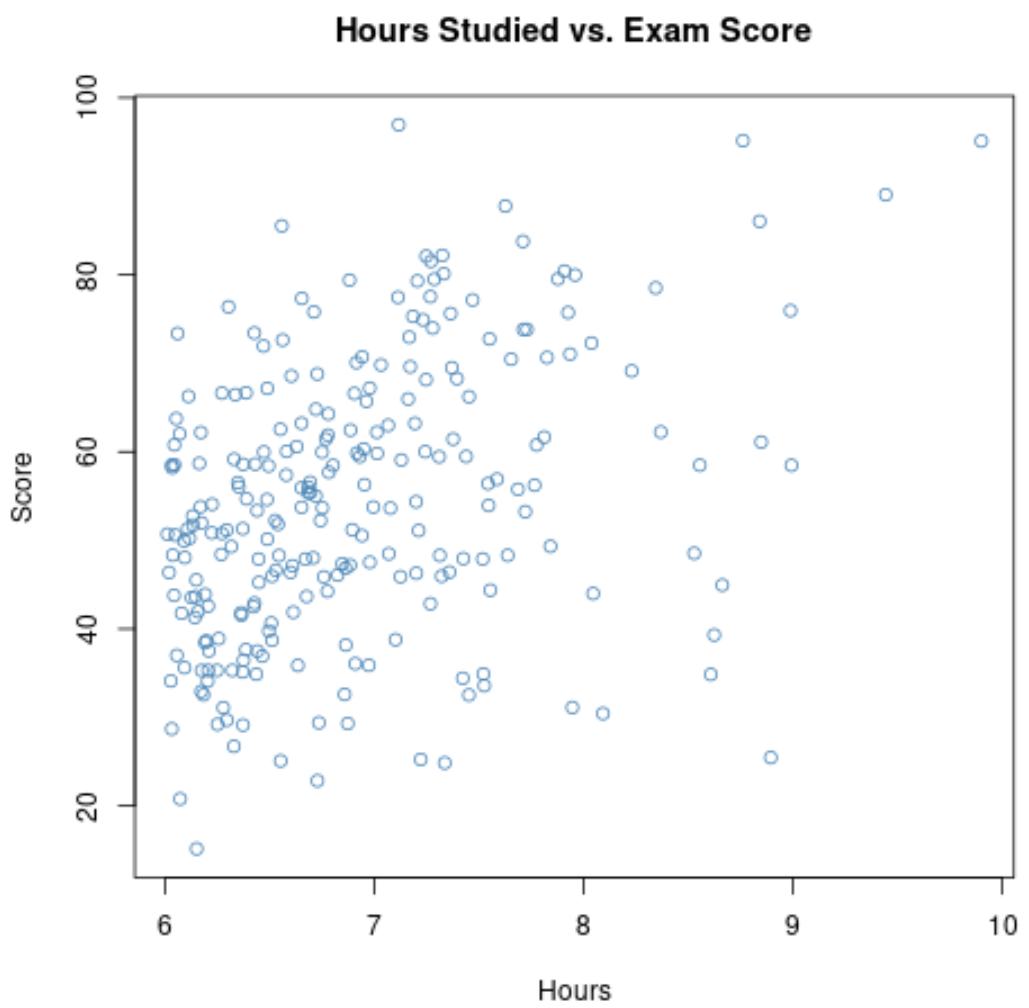 The correlation between the two variables on this plot turns out to be 0.37, which is significantly lower than 0.73.

However, this result would be misleading because we used a restricted range for one of the variables.

The problem of a restricted range can occur in many different research studies in practice. Here are a couple examples:

1. Studies of high-performance athletes. Researchers may be interested in studying whether or not a certain workout regimen produces more muscle mass than some standard regimen.

If the researchers only collect data for high-performance athletes, it’s likely that these athletes all have a high amount of muscle mass already so there will be a narrow range of values available to calculate the correlation between the workout regimen and the muscle mass produced.

One popular way to account for restricted ranges is known as Thorndike’s Case 2, a formula developed by psychometrician Robert L. Thorndike.

This formula provides an estimate of the true correlation between two variables and uses the following calculation:

This formula has been shown to be effective at producing unbiased estimates of the true correlation between two variables when one of the variables suffers from having a restricted range.

Note that in order to use this formula, you need to have an estimate of the true population standard deviation for the response variable.