A residuals vs. leverage plot is a type of diagnostic plot that allows us to identify influential observations in a regression model.

Here is how this type of plot appears in the statistical programming language R: 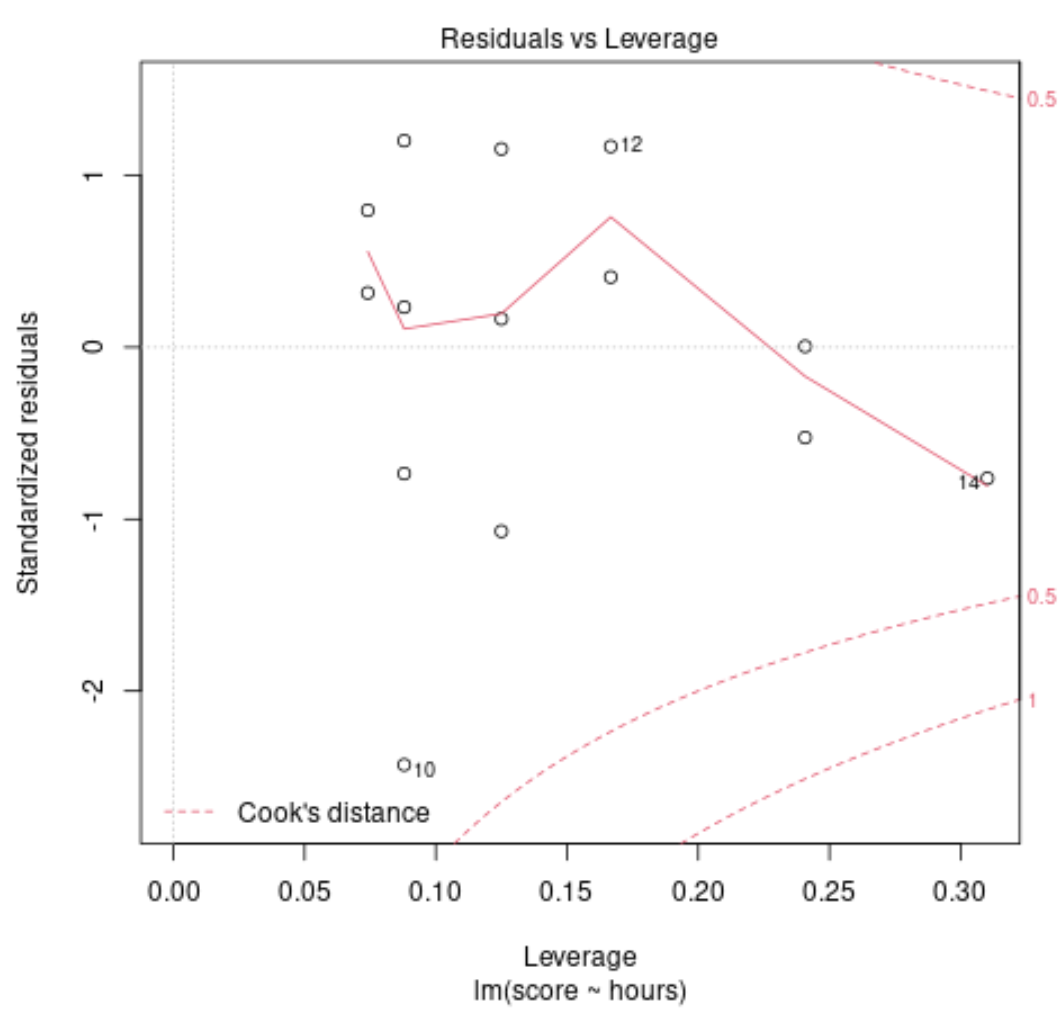 Leverage refers to the extent to which the coefficients in the regression model would change if a particular observation was removed from the dataset.

Standardized residuals refer to the standardized difference between a predicted value for an observation and the actual value of the observation.

It’s worth noting that an observation can have a high absolute value for a standardized residual, yet have a low value for leverage.

How to Interpret a Residuals vs. Leverage Plot

If any point in this plot falls outside of Cook’s distance (the red dashed lines) then it is considered to be an influential observation.

Let’s refer to the residuals vs. leverage plot from earlier:

In the example above, we can see that observation #10 lies closest to the border of Cook’s distance, but it doesn’t fall outside of the dashed line. This means there are not any influential points in our regression model.

However, suppose we had the following residuals vs. leverage plot: 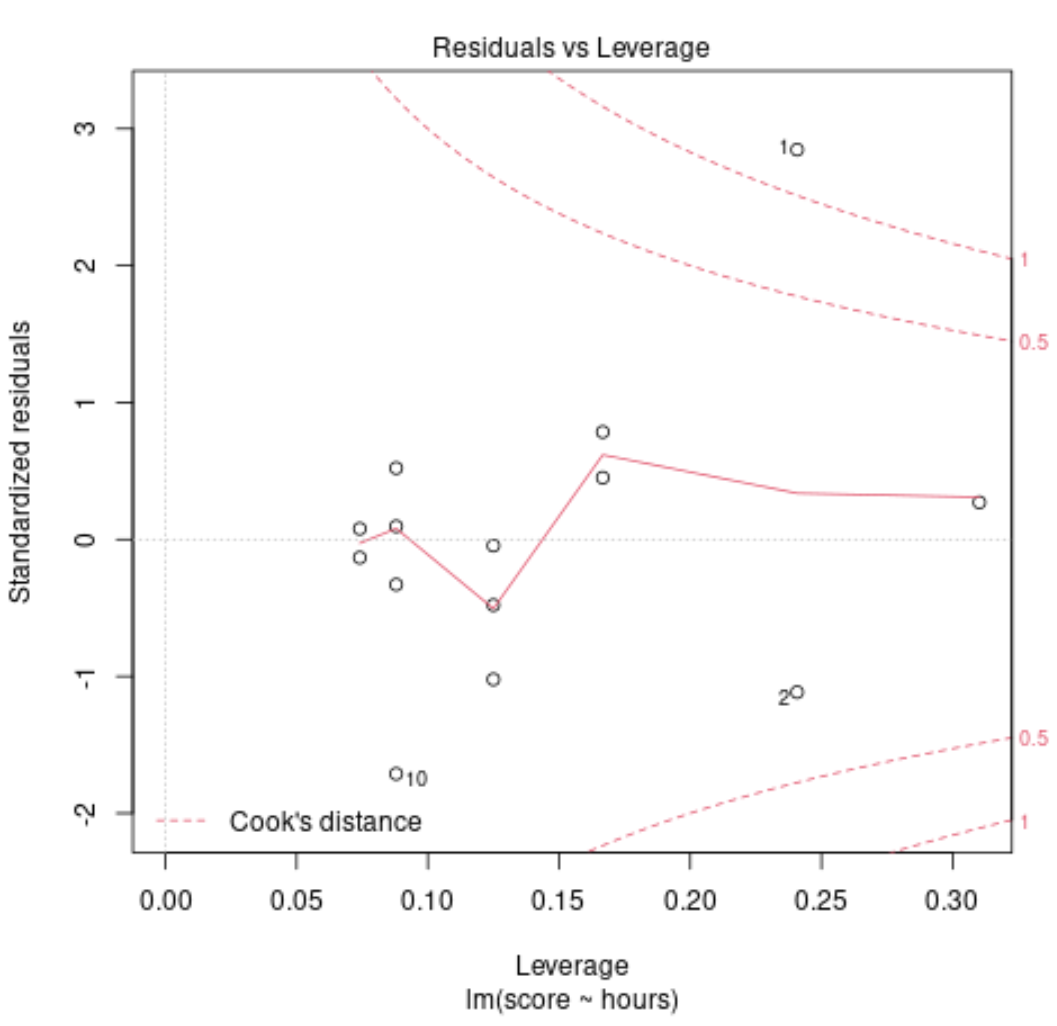 We can see that observation #1 in the top right corner falls outside of the red dashed lines. This indicates that it is an influential point.

This means that if we removed this observation from our dataset and fit the regression model again, the coefficients of the model would change significantly.

How to Handle Influential Observations

If you create a residuals vs. leverage plot for a model and you find that one or more observations are identified as influential, there are a few things you can do:

1. Verify that the observation is not an error.

Before you take any action, you should first verify that the influential observation(s) are not a result of a data entry error or some other odd occurrence.

2. Attempt to fit another regression model.

Influential observations could indicate that the model you specified does not provide a good fit to the data. In this case, you may try a polynomial regression model or a nonlinear model.

The following tutorials provide additional information on how to use residuals to assess the fit of regression models.

What Are Residuals in Statistics?
What Are Standardized Residuals?
How to Interpret Diagnostic Plots in R