This tutorial explains how to create residual plots for a regression model in R.

In this example we will fit a regression model using the built-in R dataset mtcars and then produce three different residual plots to analyze the residuals.

First, we will fit a regression model using mpg as the response variable and disp and hp as explanatory variables:

Next, we will produce a residual vs. fitted plot, which is helpful for visually detecting heteroscedasticity – e.g. a systematic change in the spread of residuals over a range of values. 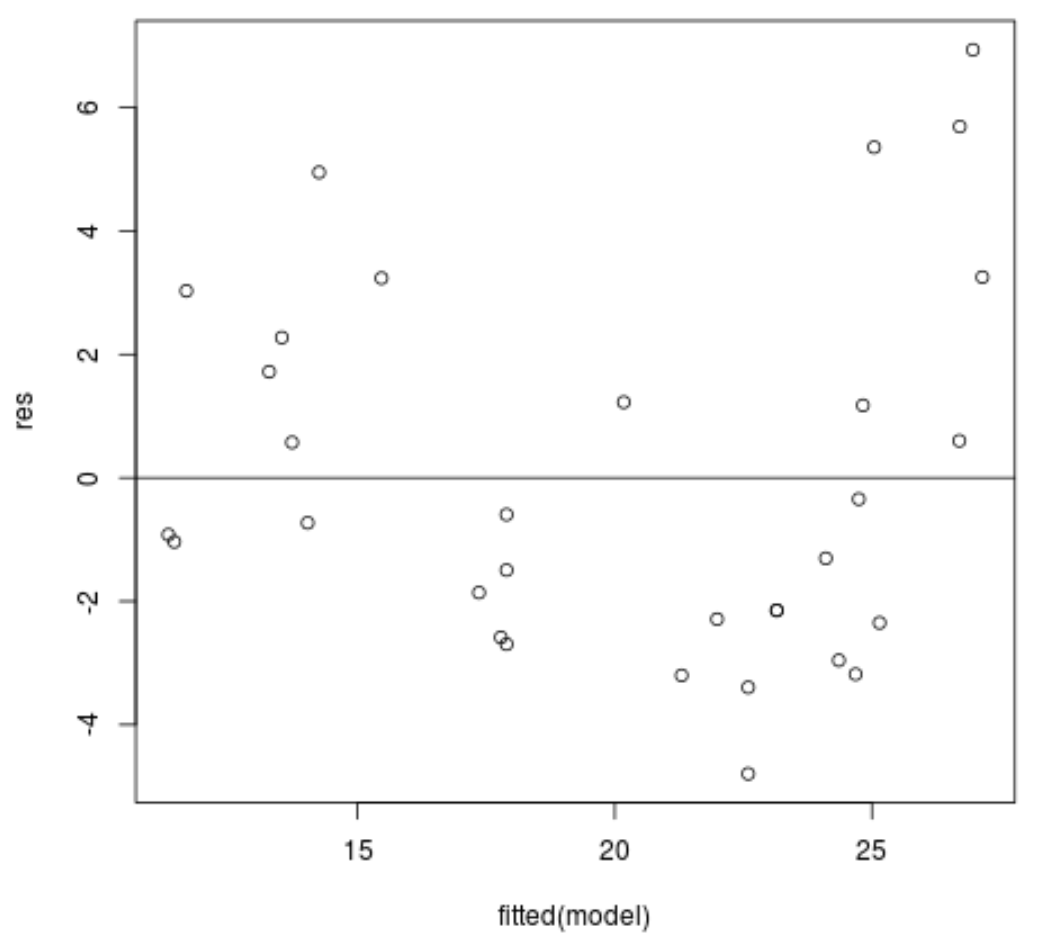 We can also produce a Q-Q plot, which is useful for determining if the residuals follow a normal distribution. If the data values in the plot fall along a roughly straight line at a 45-degree angle, then the data is normally distributed. 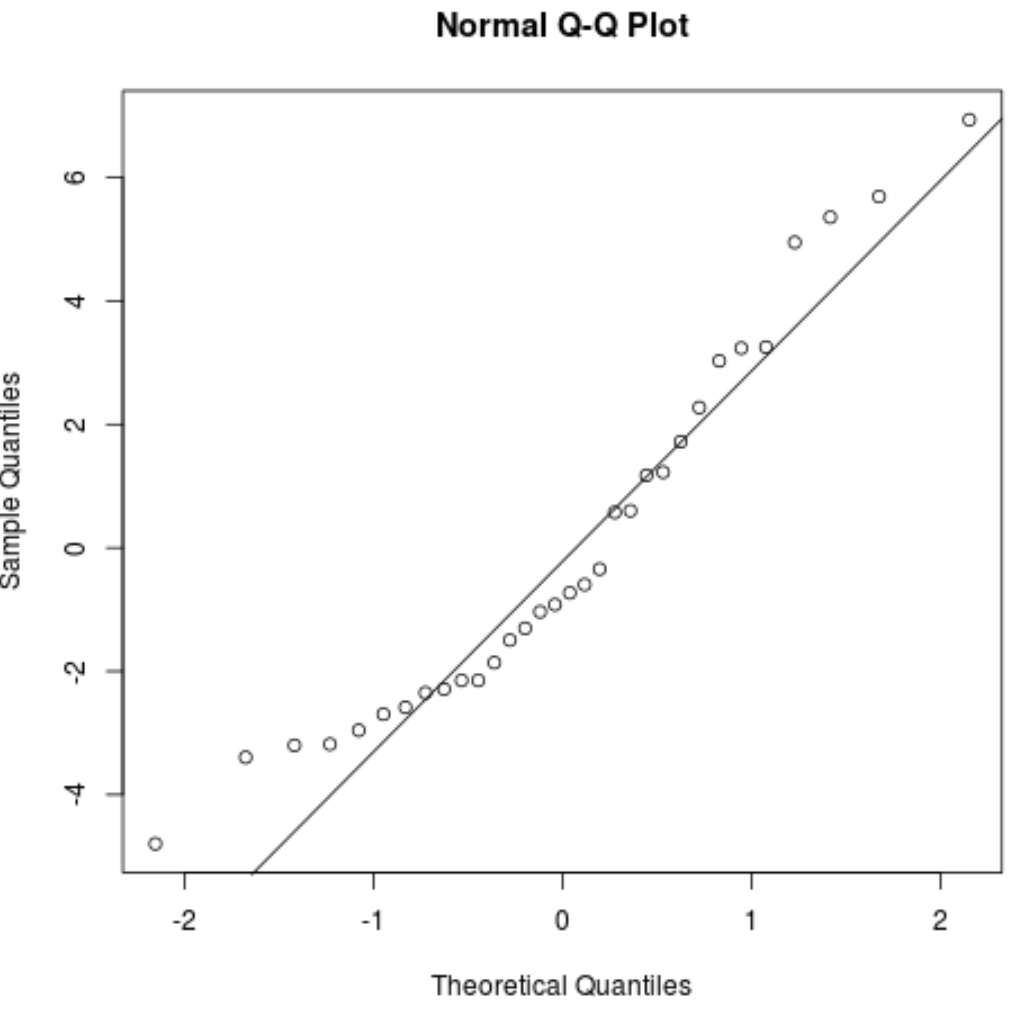 We can see that the residuals tend to stray from the line quite a bit near the tails, which could indicate that they’re not normally distributed.

We can also produce a density plot, which is also useful for visually checking whether or not the residuals are normally distributed. If the plot is roughly bell-shaped, then the residuals likely follow a normal distribution. 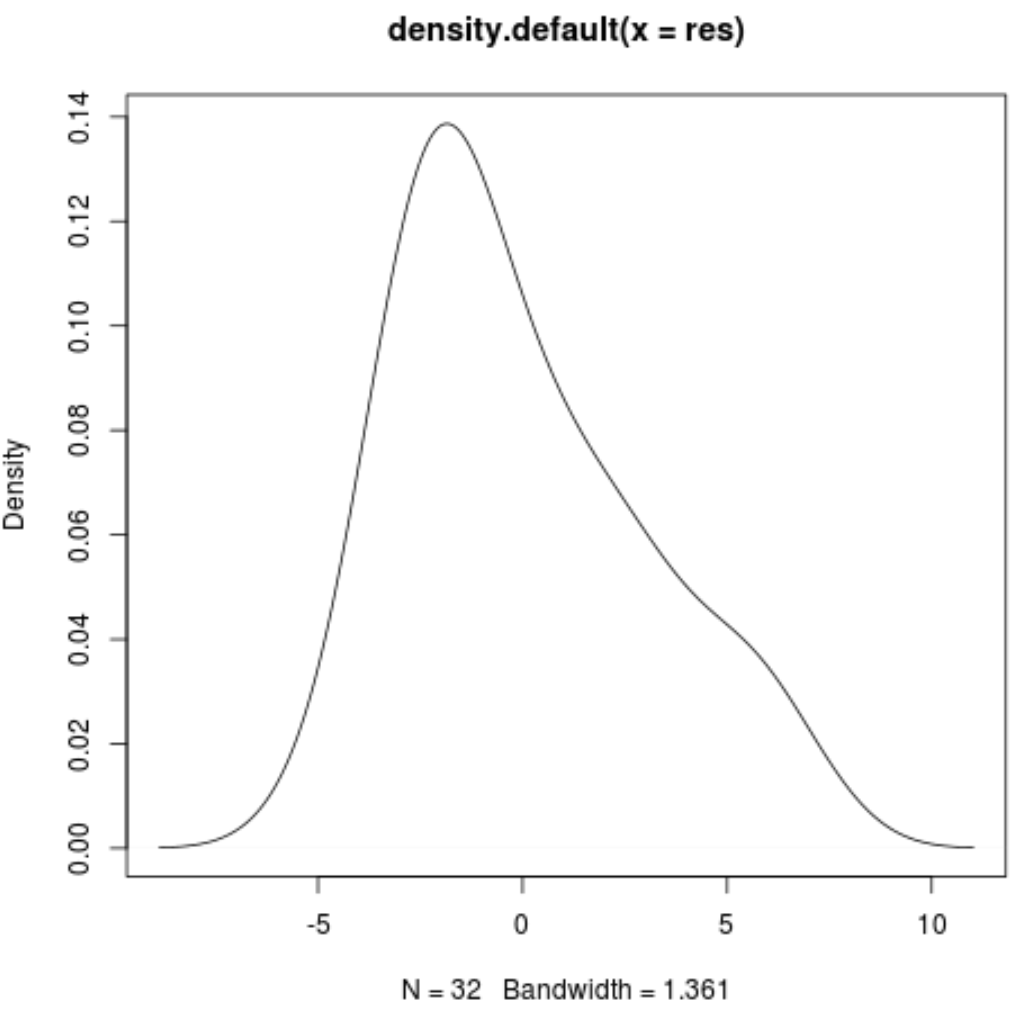 We can see that the density plot roughly follows a bell shape, although it is slightly skewed to the right. Depending on the type of study, a researcher may or may not decide to perform a transformation on the data to ensure that the residuals are more normally distributed.